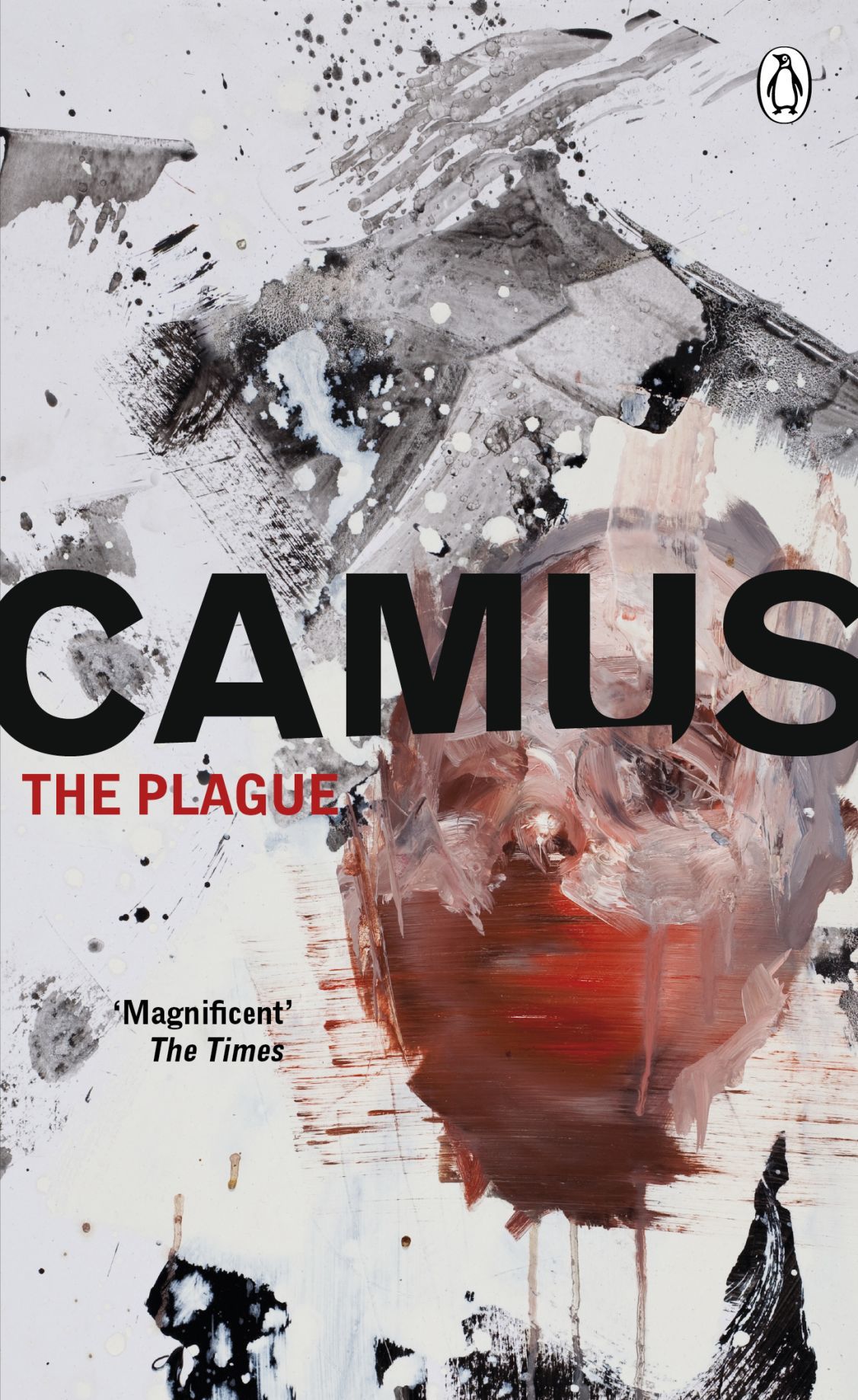 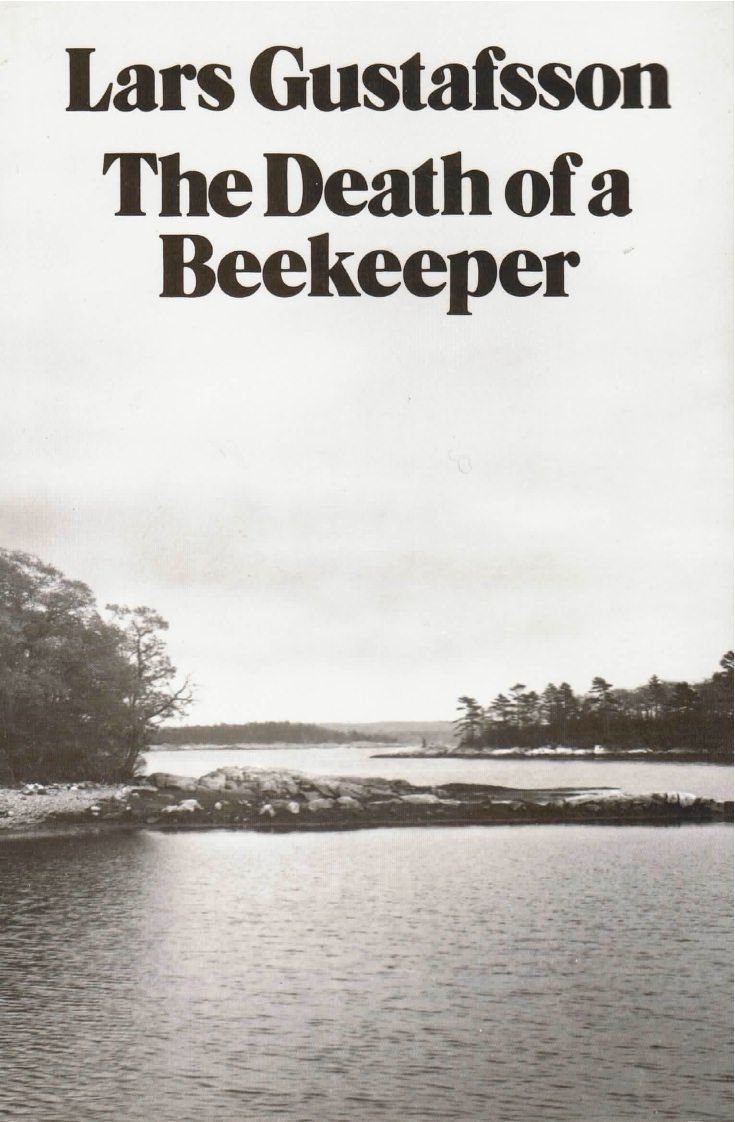 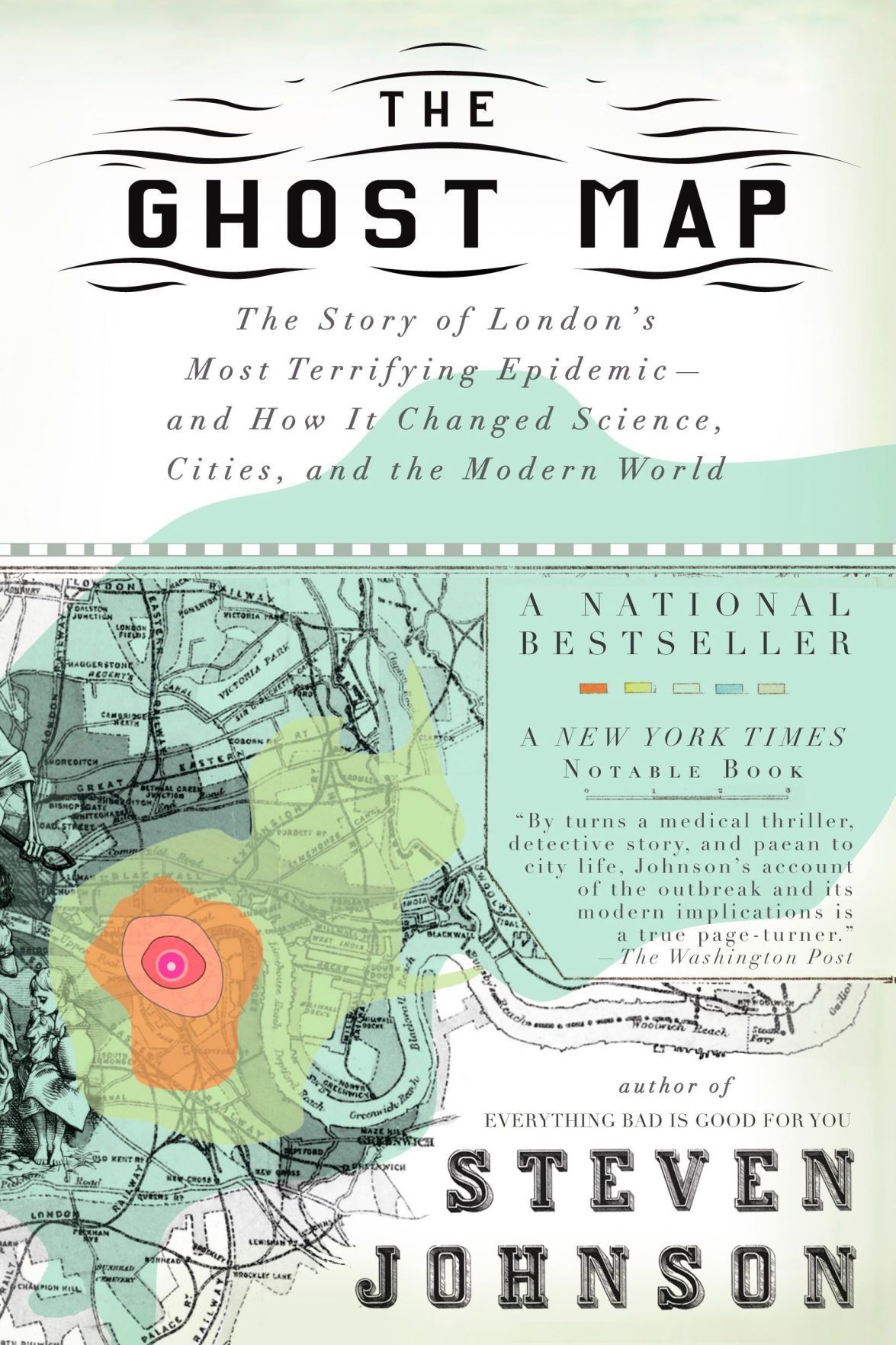 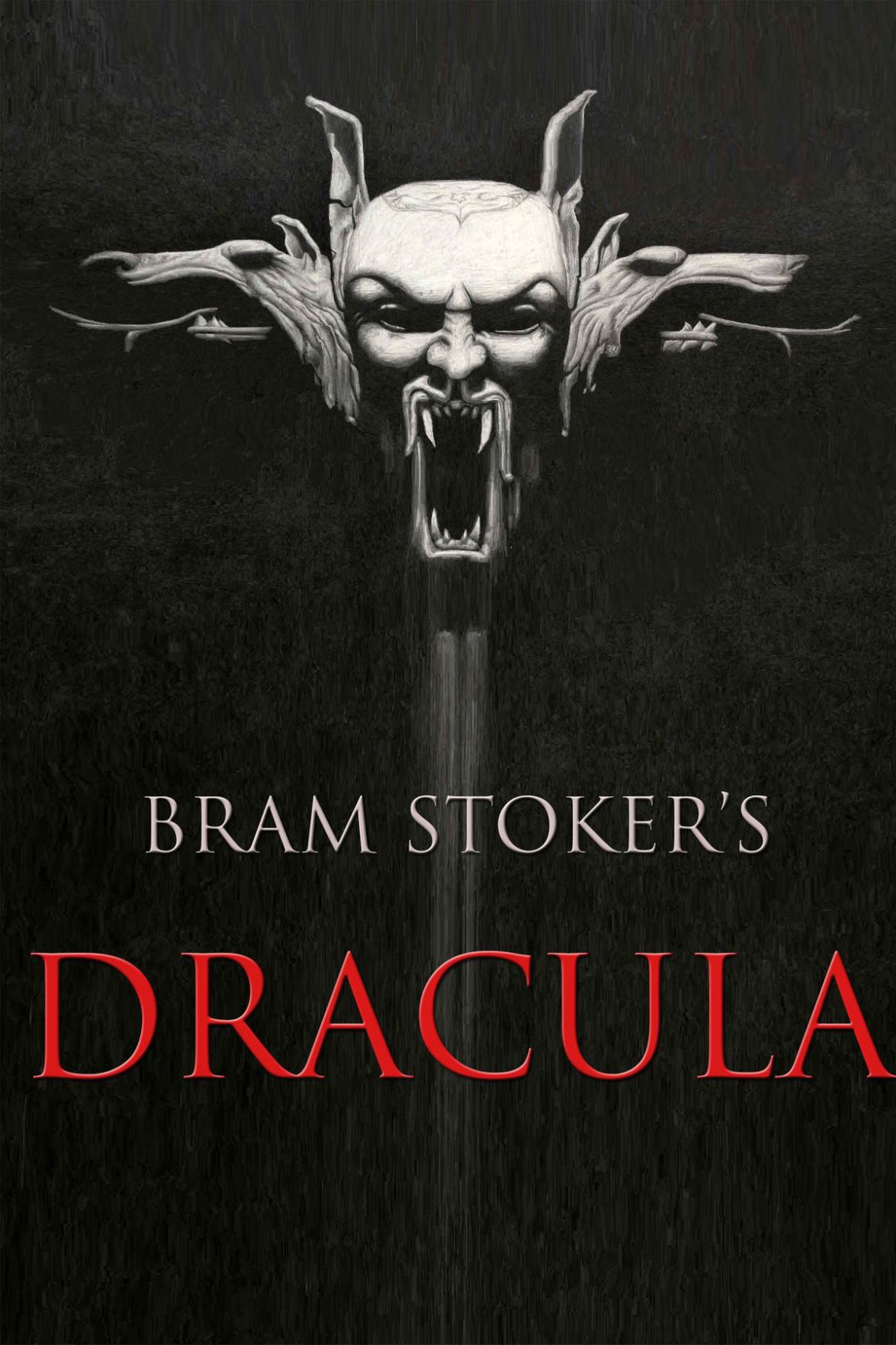 Do we find books, or do they find us?

Both, I think. We find and buy books every time we sign up to teach, take a class or join friends in a discussion of a chosen book. And books find us as they and we need them. I am not sure what causes some books to come to our attention at a given time, but I will venture that this “sheltering in place” period may bring certain works into focus for all of us who read. Our eyes happen on a given title on our shelves, a book goes on the floor due to over-stuffing of some bookcases, or we clean off a sofa with books and other things because we find the time to do so.

Anyway, four books have come to my attention during these past weeks: Albert Camus’ “The Plague,” Lars Gustafsson’s “The Death of a Beekeeper,” Steven Johnson’s “The Ghost Map” and Bram Stoker’s “Dracula.” Each book demands reflective — engaged — reading, and it just might be true, as someone put it, that there are periods in our lives when we want to read books that speak to our terrifying times.

Camus’ “The Plague,” set in the city of Oran in French Algeria, takes place in the 1940s. It is a story of a plague infesting the city, as the coronavirus has infested our cities and states. Then as now, the characters in the novel face disease and separation from people they love. And then as now we may observe how the role of individual responsibility affecting human choices and subsequent behaviors is played out differently depending on who will work for the common good and who will not.

Like Camus’ Dr. Rieux, we, too, are stuck in place and must function there, honorably or otherwise. As one of the characters put it, “All I can say is that on this earth there are pestilences and there are victims — and as far as possible one must refuse to be on the side of the pestilence.” Camus suggests decency as the only way to fight plagues that never die or vanish entirely.

Individual responsibility is at the core of Gustafsson’s “The Death of a Beekeeper.” Lars Lennart Westin takes life into his own hands as he refuses to acknowledge that he may be suffering a cancer: He burns the letter that follows his visit to the local hospital prompted by sufferings in his groin. Rather than living out his life in the sterile atmosphere of a hospital, he chooses to spend the time he has left in his cabin in the Swedish countryside.

“I took little walks and noticed that in the last three months the pain had actually colored the landscape in a peculiar way. Here and there is a tree where it really hurt, here and there is a fence against whose post I struck my hand in passing.” The four notebooks he leaves behind offer avenues for recorded changes, environmental as well as internal.

The pain becoming increasingly incessant will remind him of the change taking place in him in his pre-puberty. Then as now, it was a change beyond his understanding. Gradually he will come to terms with the fact that he has never really wanted to have anything to do with people because he wants total control of himself. As he is losing that, he realizes he is no different from other human beings. There is no denying life; we need one another. Accepting that, he — and we — may effect an escape from an ego-centered universe.

Back in 1978 when the novel was published, Gustafsson was surprised at its instant success, thinking that its “philosophical program” might interfere with the novel’s entertainment value. But as we are learning, our needs may change with the times in which we live, and being “entertained” may take on some different challenges for writers and readers alike.

Whereas “The Death of a Beekeeper” invites us into the mind and the learning process of one individual as he confronts the limited amount of days left in his life, Steven Johnson’s “The Ghost Map” deals with the death of many as they succumb to the cholera epidemic that seized London in the summer of 1854.

Johnson focuses on two men as they attempt to come to grips with the disease and ways of dealing with it, a task that proves difficult as they work in a powerful modern metropolis lacking infrastructure and guidance for individuals. The Rev. Henry Whitehead struggles to grasp the Lord’s plan for the seemingly random victims among his congregation. His knowledge of the local community helps determine the initial cause of the outbreak: a certain pump, and his conclusion supports that of Dr. John Snow, who knows how the disease is transmitted: it is water-borne rather than miasma-induced, as the prevailing belief of the times had it. The two become a team whose diligent work leads to the ultimate acceptance of Snow’s theory. Again, determination, concern for others, and refusal to give up despite discouraging odds show the qualities necessary to combat a spreading virus, be it corona or cholera.

Scientists say the coronavirus arose naturally in bats. Possibly that piece of information led my eyes to Bram Stoker’s “Dracula,” waiting in the bookcase where it had come to rest many years ago. Everyone has heard of “Dracula,” but I can’t say I have ever met anyone who has read it. This might be a good time as we, too, are caught up in a power that escapes our ruses and attempts of control. Like “our” virus, Dracula sucks life out of his victims.

Stoker concentrates on two people, one who succumbs and one who survives, Lucy Westenra and Mina Murray, respectively. Mina is vacationing with Lucy and her mother in Whitby when a Russian schooner runs aground in Whitby Harbor carrying a wolf-like dog that disappears as it hits the shore. Subsequently, Lucy starts behaving strangely; she suffers nightmares and resumes her habit of sleepwalking.

When Mina finds her in the graveyard, a tall man with red eyes bending over her, she is horrified, and her concern deepens as she notices two tiny holes in Lucy’s neck. Lucy’s fiancé, Lord Goldaming, shares her concern and consults his friend, Dr. Seward, who calls his old teacher, Abraham van Helsing, who arrives from Amsterdam to observe Lucy’s rapid fading. All three men give her blood transfusions, but to no avail. Lucy dies after a wolf crashes through a window of her room.

On their return from Budapest where Mina had joined her fiancé, Jonathan Harker, after his escape from Dracula’s castle where he had negotiated the count’s purchase of an English estate, the two learn of Lucy’s death. Subsequently Mina passes on Jonathan’s journal to the doctor — which confirms his own suspicions of Dracula’s vampiric qualities — and Jonathan joins Dr. Seward and van Helsing in a visit to Lucy’s tomb. They rescue the child she has lured there and return the following night to drive a stake through Lucy’s heart, cut her head off and stuff her mouth with garlic to ward off vampire attacks.

The book ends with a frantic chase as they capture and destroy the count.

“Dracula” is a thriller. Stoker’s characterizations are arguably somewhat stereotypical, but the plot moves forward with a steady push through realms of realism and fantasy. One reviewer notes that “Dracula appears in only 62 of the 390 pages of the novel’s original edition, suggesting that it is less his presence than his implication that is responsible for his hold on the imagination.” If that sounds familiar to us at this time, it may be because we, too, are dealing with a virus whose ultimate threat, implications and consequences we can only try to imagine.

• Inga Wiehl is a writer and retired Yakima Valley College English professor. She has a doctorate in comparative literature from the University of Washington, and has taught there and at the universities of Utah and Texas. She has written four nonfiction books and writes about books for SCENE in an occasional column.