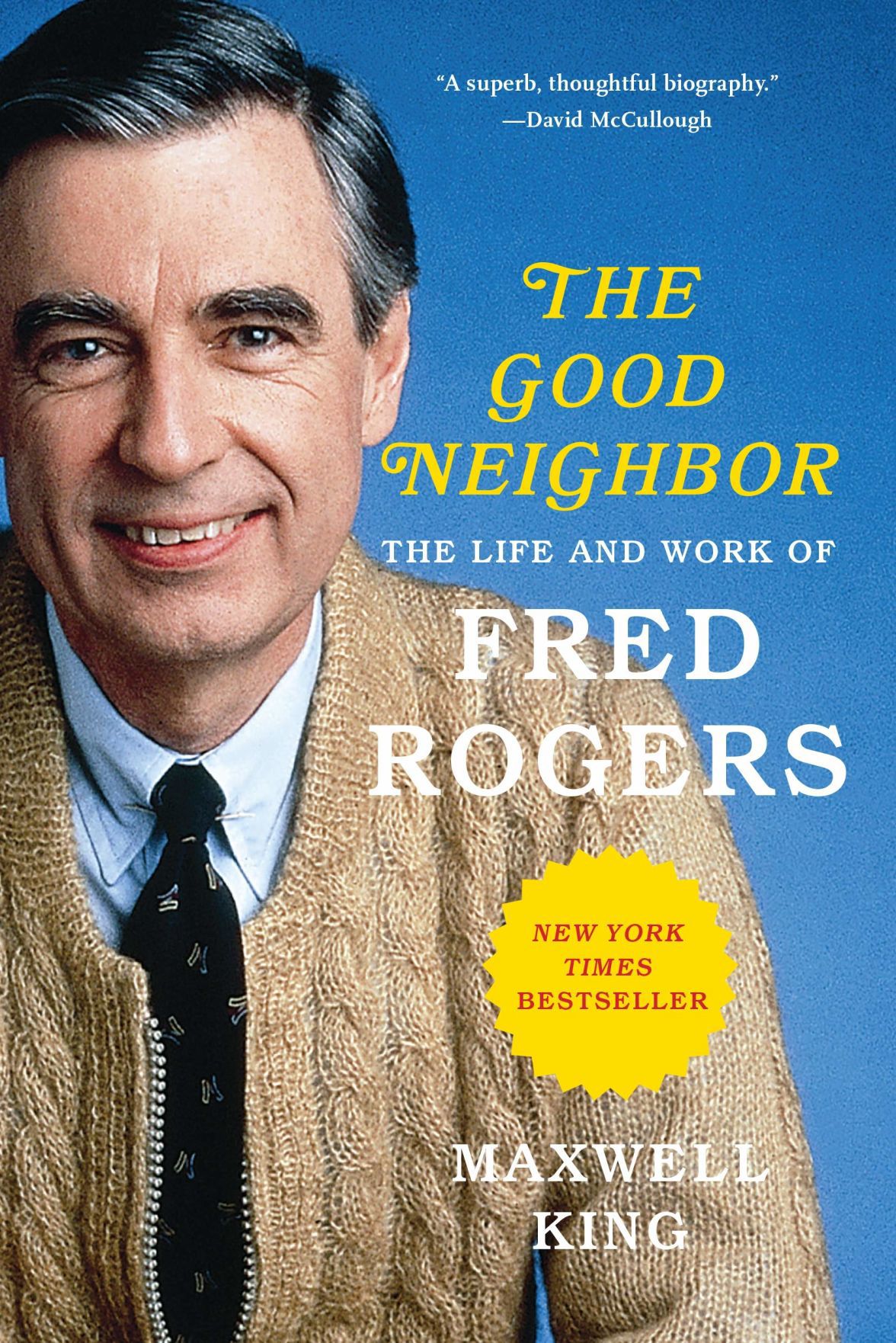 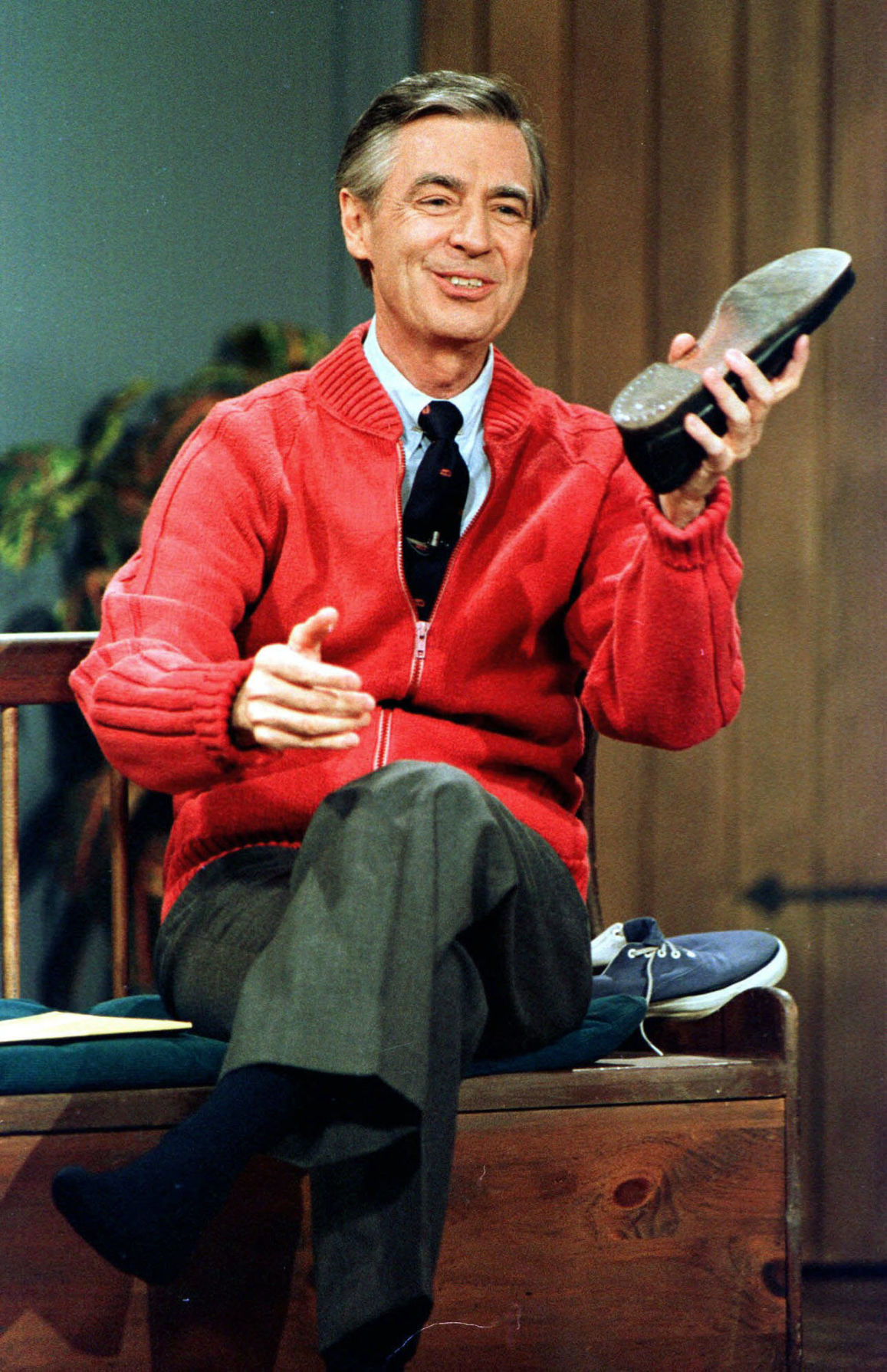 Fred Rogers changes his shoes at the beginning of an episode of "Mr. Rogers' Neighborhood."

Fred Rogers changes his shoes at the beginning of an episode of "Mr. Rogers' Neighborhood."

I have many fond childhood memories of watching “Mr. Rogers’ Neighborhood.” I loved watching the trolley and visiting the Neighborhood of Make-Believe. The show’s slow pace, focus on emotions and direct-to-camera looks were a marked difference from other children’s programming at the time.

The book discusses Fred Rogers’ personal and professional lives up to his death in 2003. It starts with his childhood in Latrobe, Penn.; Fred’s hometown would become the inspiration for his TV neighborhood, most notably the trolley he road as a boy.

The book tells how Rogers’ lifelong love of puppets started when they were a great solace to him when he was being bullied as a child. This was also the time that Fred discovering another lifelong love: music. His grandmother bought him his first piano, one he kept throughout his life. The book goes on to talk about his college years at Dartmouth and Rollins College, where he would meet his wife, Nancy.

It was interesting to read about the first children’s show Rogers worked on. It was called “The Children’s Corner” and was produced at the WQED station in Pittsburgh in 1954. This is where a lot of the puppets from Fred’s future “Neighborhood” made their debut, including King Friday XIII and Daniel Striped Tiger. The book also showcases Fred Rogers’ deep religious faith, explaining how he became a Presbyterian minister and how he incorporated aspects of his faith, like kindness and compassion, into his show.

The biography delves into the creative process of building “Mr. Rogers’ Neighborhood” in great depth and detail. While Fred Rogers was the creator, writer and host of the show, which ran from 1968 to 2001, he also wrote almost all of the songs. The interviews with people who worked on the show and notable guest stars were fascinating to read.

The book also discusses the significance of a figure like Fred Rogers in children’s programming, and how he was loved by generations of children. The book most notably touches on how he championed for, and received, the funding and support for public television as a whole in a 1969 speech he made to Congress.

I was heartened to learn of the devotions Fred Rogers had to improving the quality of early childhood education, that he saw what a far-reaching and powerful tool TV could be in achieving that goal. I was also impressed to learn that the Mr. Rogers seen on TV was not an act, but that Fred Rogers really was just that kind, considerate and compassionate, every day.

I would highly recommend this book for fans of “Mr. Rogers’ Neighborhood.” I recommend the audiobook, wonderfully narrated by LeVar Burton, host of “Reading Rainbow.” It’s available on Libro.fm, which is a great way to support your local Inklings Bookshop.

• “The Good Neighbor: The Life and Work of Fred Rogers” by Maxwell King was published in paperback by Harry N. Abrams in September. It retails for $18.

• Rachel Fowler works for Inklings Bookshop. She and other Inklings staffers review books in this space every week.