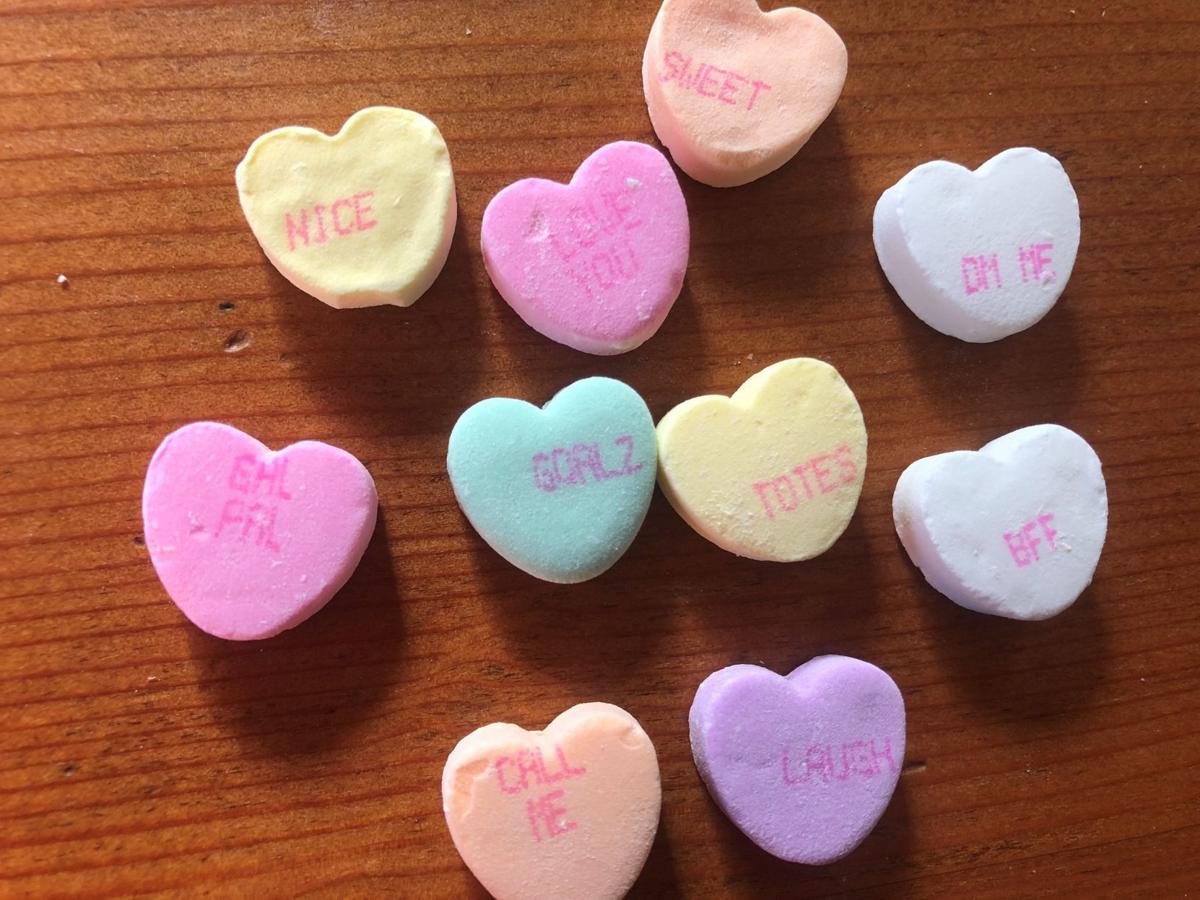 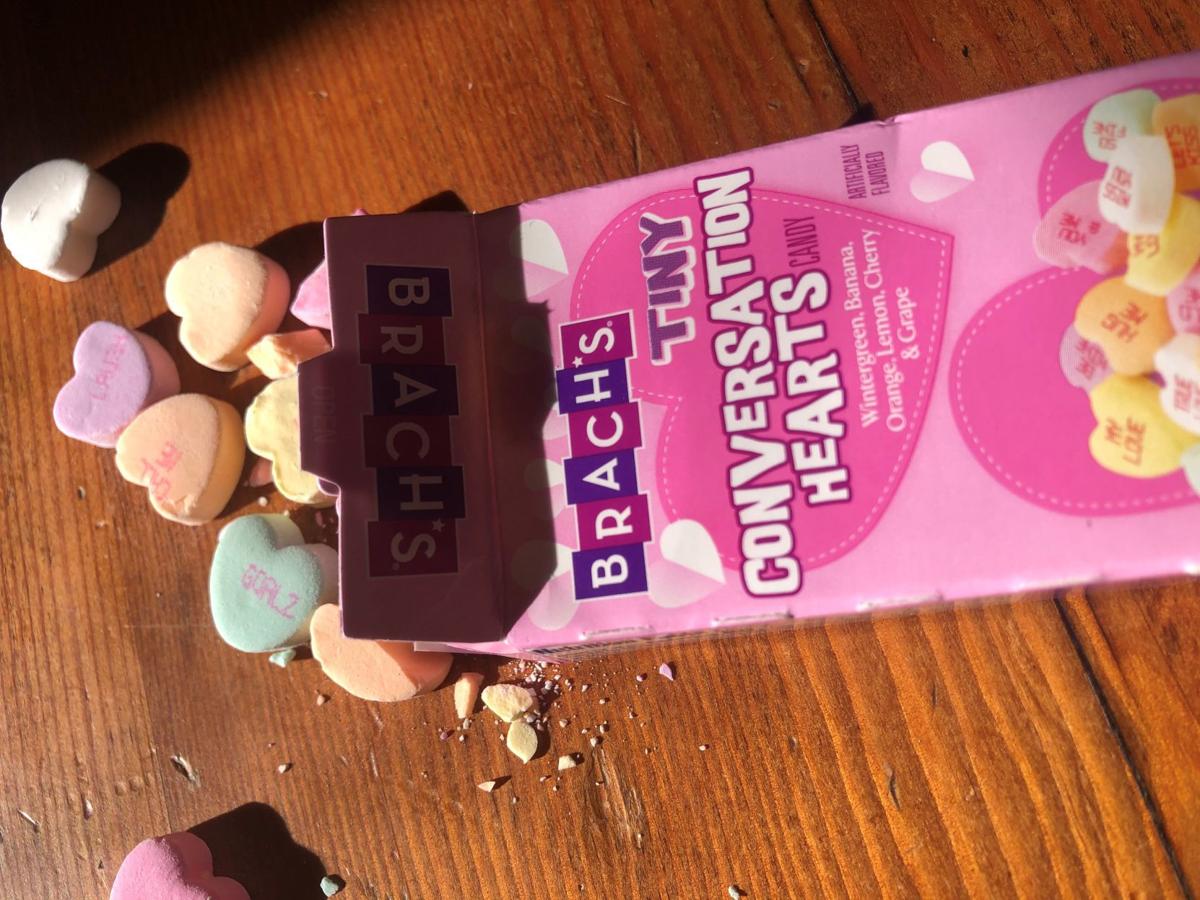 I love newspaper food pages, what with their Bolognese sauce recipes and reviews of locavore bistros. They tell us how to eat well, and that’s something of real value. Putting thought into what we put in our bodies is never a bad thing.

That said, sometimes I just wanna grab some garbage food and shove greedy handfuls of it into my dumb face. There’s not much coverage of junk food in the food pages, and this feature seeks to remedy that.

In every biweekly edition of Pat Eats Garbage Food, I’ll review a different fast food item or convenience store snack and let you know what works and what doesn’t. (You’ll note I didn’t say what’s good and what’s bad; it’s all bad. That’s the point.)

• The food: It’s Brach’s Tiny Conversation Hearts, the second-leading brand of cheap-o candy hearts with printed Valentine’s Day messages on them. We’re going with the second-leading brand because the runaway industry leader, Sweethearts, is in limited production this year after missing Valentine’s Day 2019 entirely. (Sweethearts were made by Necco, which closed shop in 2018 with its assets sold to the Spangler Candy Co. Spangler couldn’t get the product back in production in time but is hopeful for 2021. And thus concludes this episode of “Candy Industry Insider,” the show no one cares about.)

• The damage: Forty-nine cents for a three-quarter ounce box, which is a great deal even when you factor in the fact that half of the hearts will be broken or have off-center messages you can’t really read. (Broken hearts with off-center messages are a metaphor for 21st century relationships. Well done, Brach’s. Sharp commentary.)

• The other damage: 80 calories, 0 grams fat, 0 mg cholesterol, 0 mg sodium, 21 grams carbs, 19 grams sugar in every box. Even recognizing that these are essentially just boxes of pressed and colored sugar, those numbers are remarkably good compared to the garbage foods we usually cover in this space. This is a garbage food you could eat two of, without worrying you’ll die immediately thereafter.

• Official description: “Enjoy Brach’s festive and timeless Tiny Conversation Heart candies with flirtatious phrases like ‘Crazy 4 U’ and ‘One & Only’ printed on each piece. Popular, sweet flavors include lemon, banana, cherry, grape, orange and wintergreen. These treasured candies are great for snacking, baking, and even crafting.” That’s from www.brachs.com. I didn’t get a “Crazy 4 U” or a “One & Only” in my box. I did get one that said “Goalz,” one that said “Totes” and one that said “DM me.” I’m saving them for crafting.

• My description: On Valentine’s Day in elementary school, when everyone gave their classmates mass-produced “Garfield” or “My Little Pony” themed cards with a couple of candies stuffed in the envelope, I used to take great care in choosing which of my peers got which messages on their hearts. I’d give the lovey-dovey ones to girls I had crushes on. It was perfect, because there was plausible deniability. If they asked whether I did it on purpose, I could just blush uncontrollably, shout “NO!” and run away as fast as I could. I was practically Don Juan. Anyway, I love these. I like the subtle flavors. I could eat a hundred boxes of them.

• Will I eat them again? Yes. As long as love exists in the universe, I will honor it by eating lumps of sugar pressed into chalky hearts and stamped with messages such as “Totes” and “Goalz.”