You are the owner of this article.
Edit Article Add New Article
You have permission to edit this article.
Edit
Home
News
COVID-19
Wildfires
Sports
Photos & Video
SCENE
Obituaries
Classifieds
Opinion
The Vanished
1 of 8 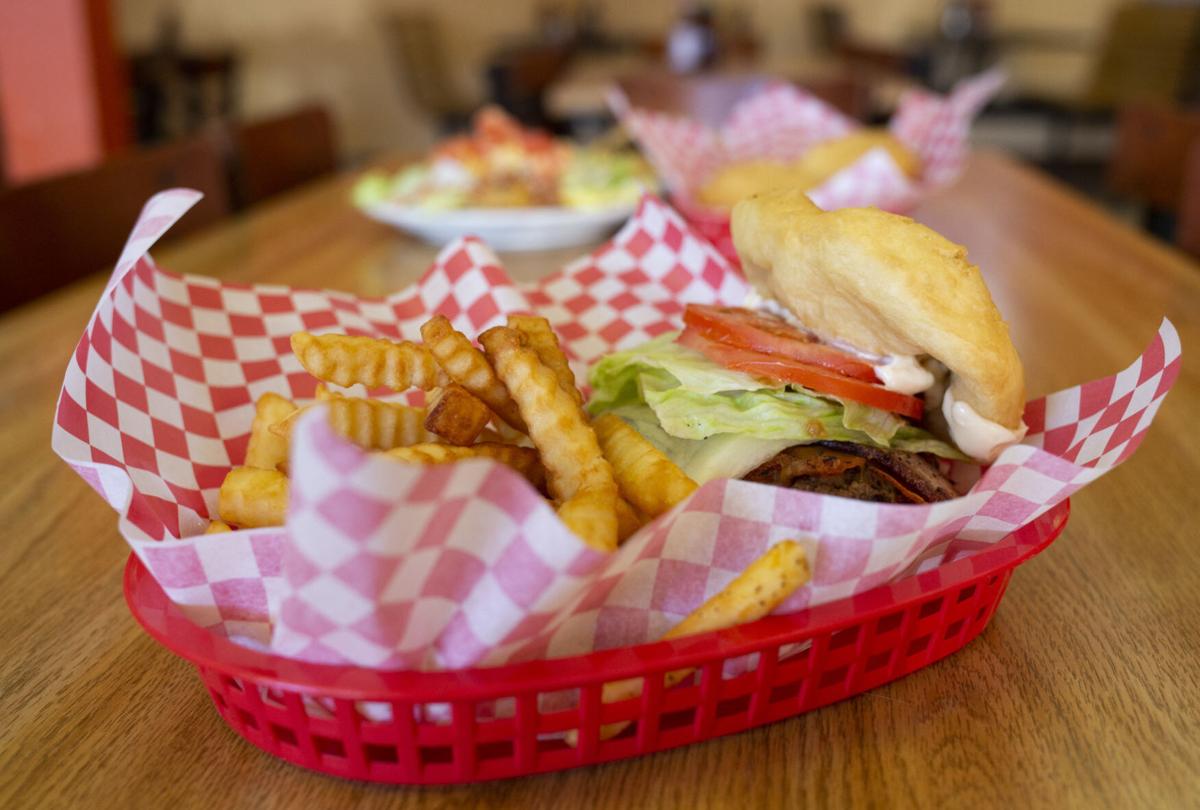 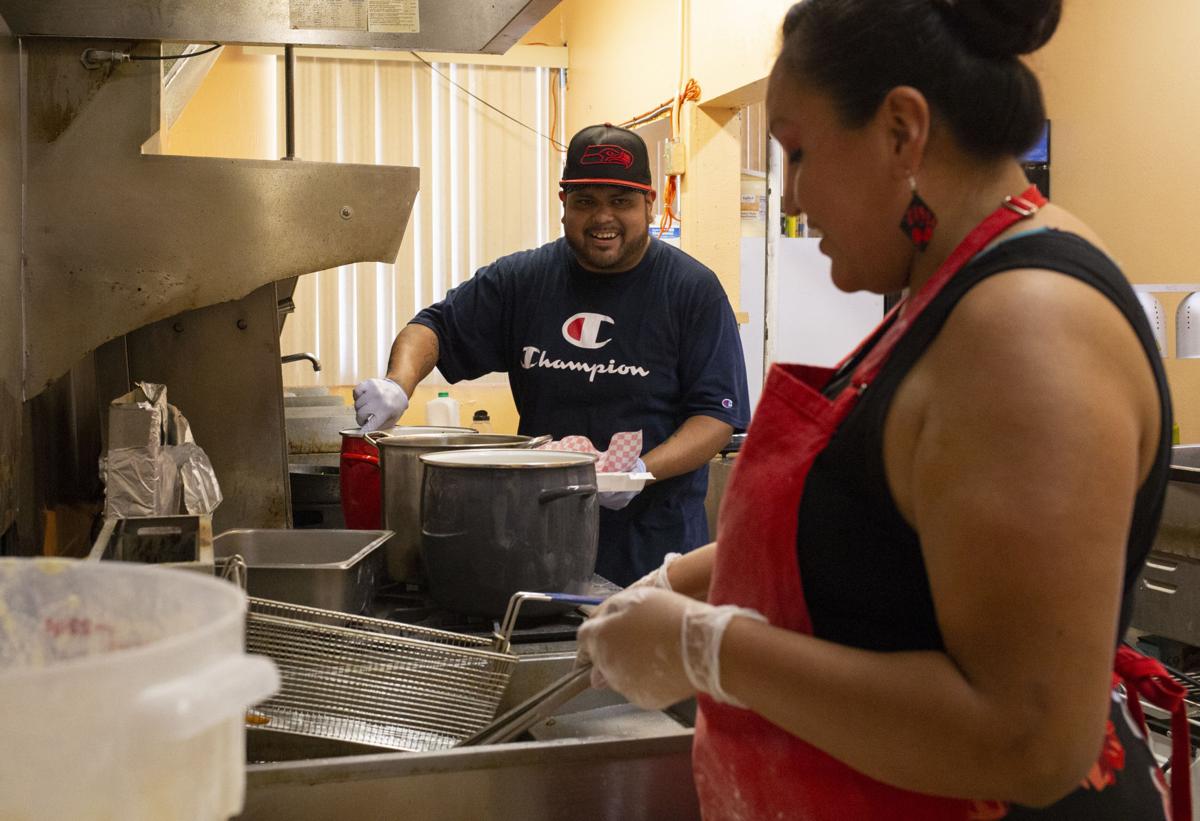 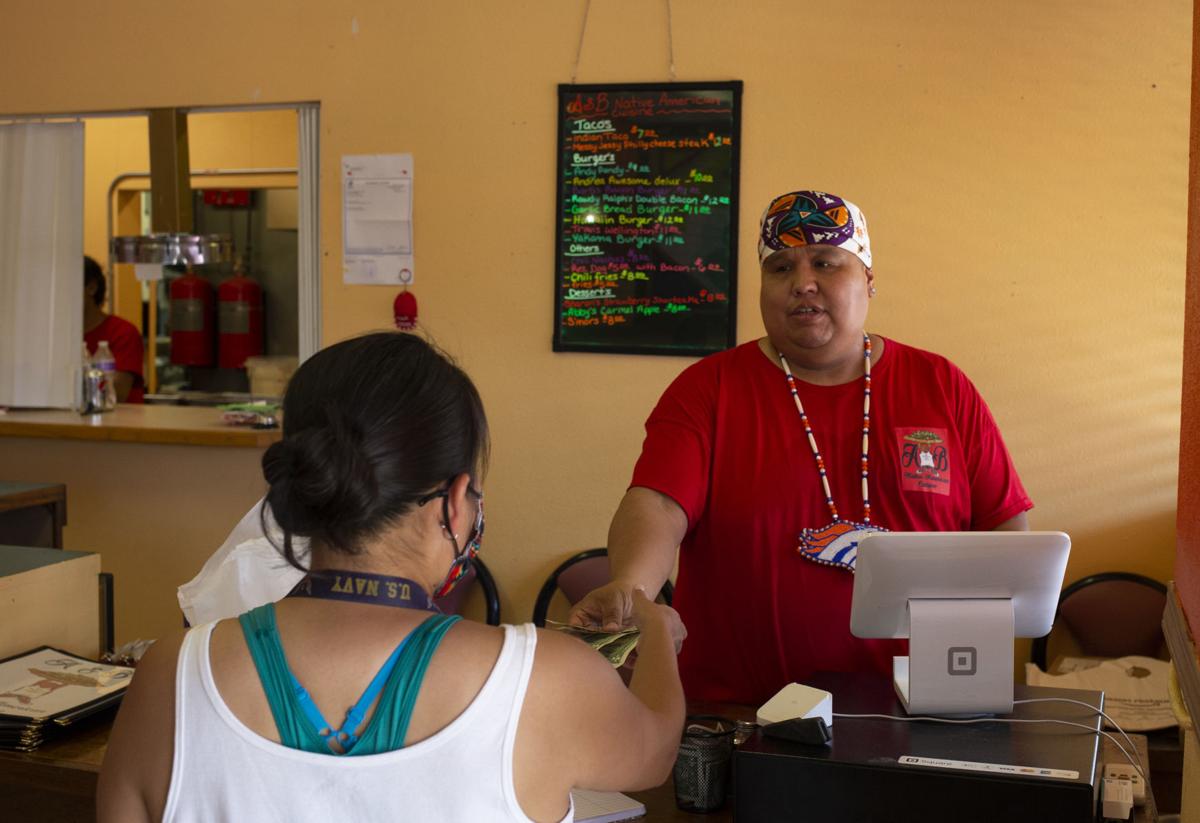 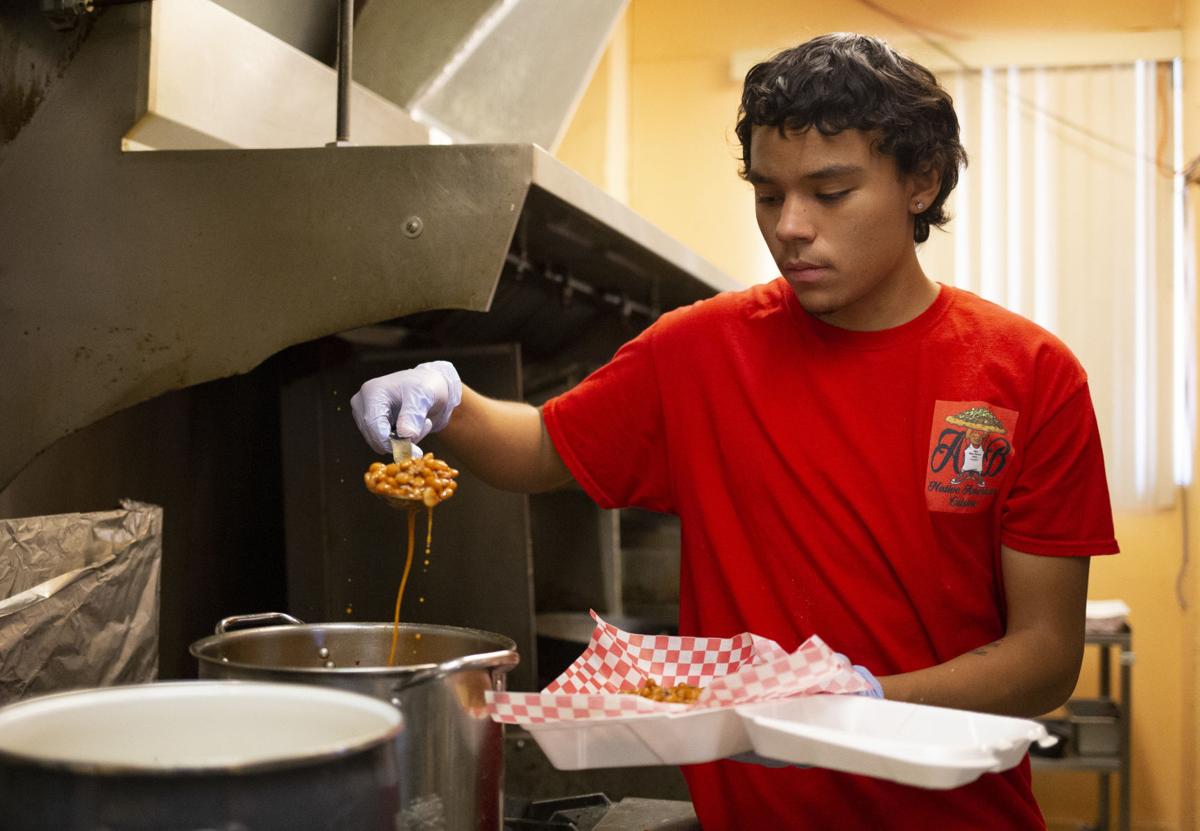 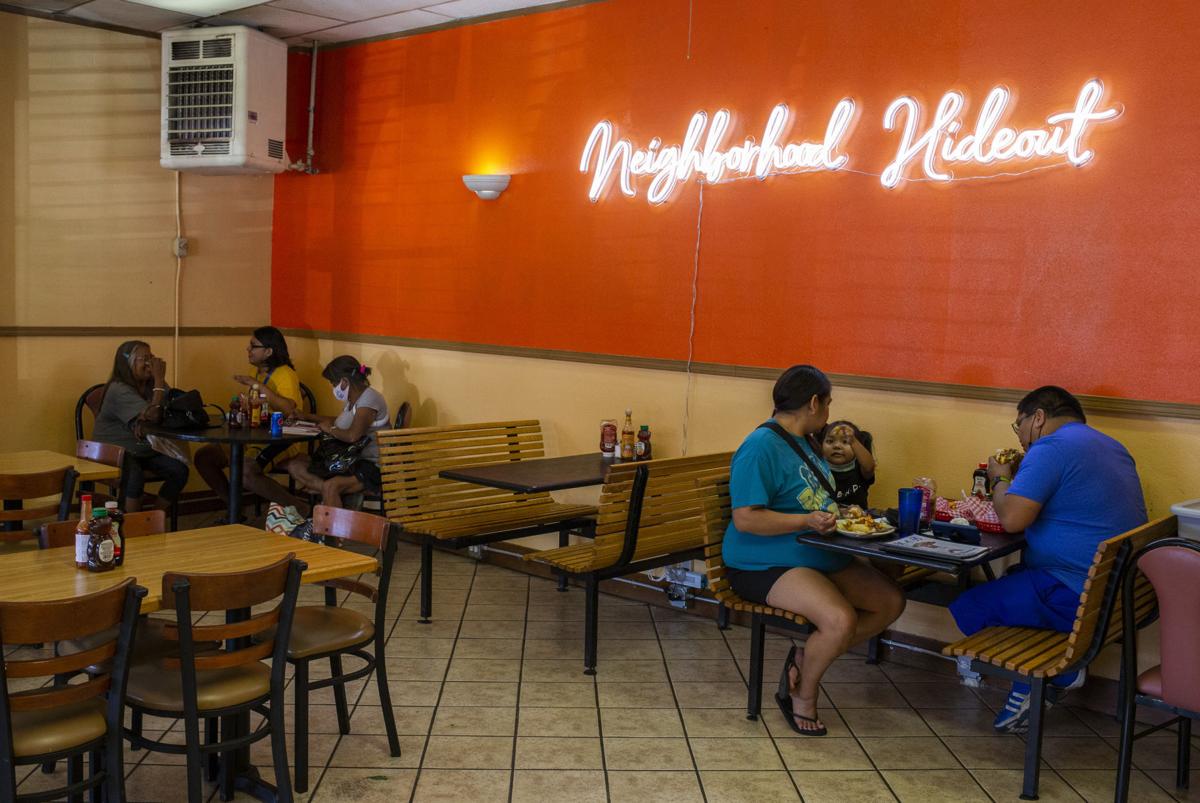 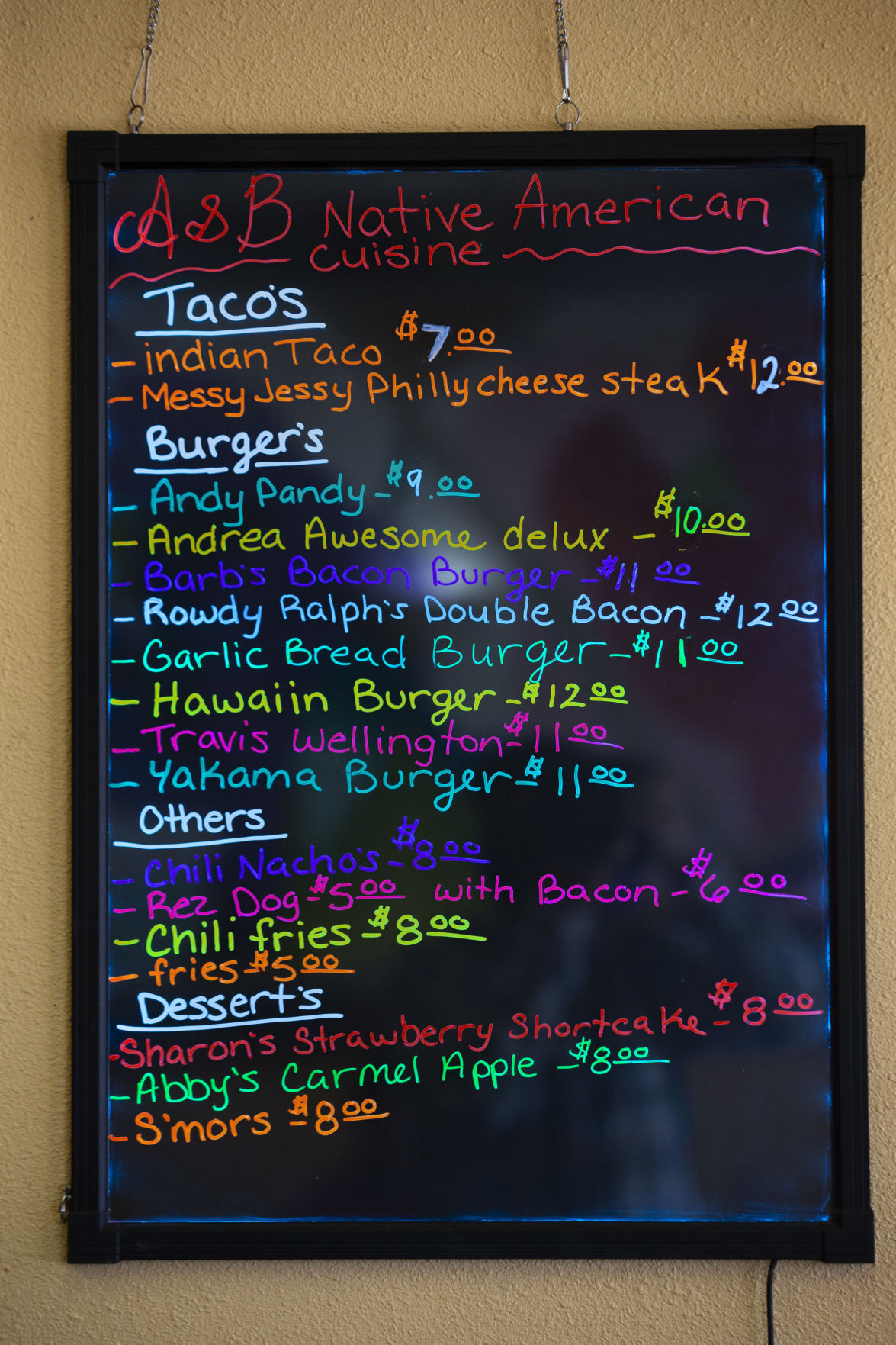 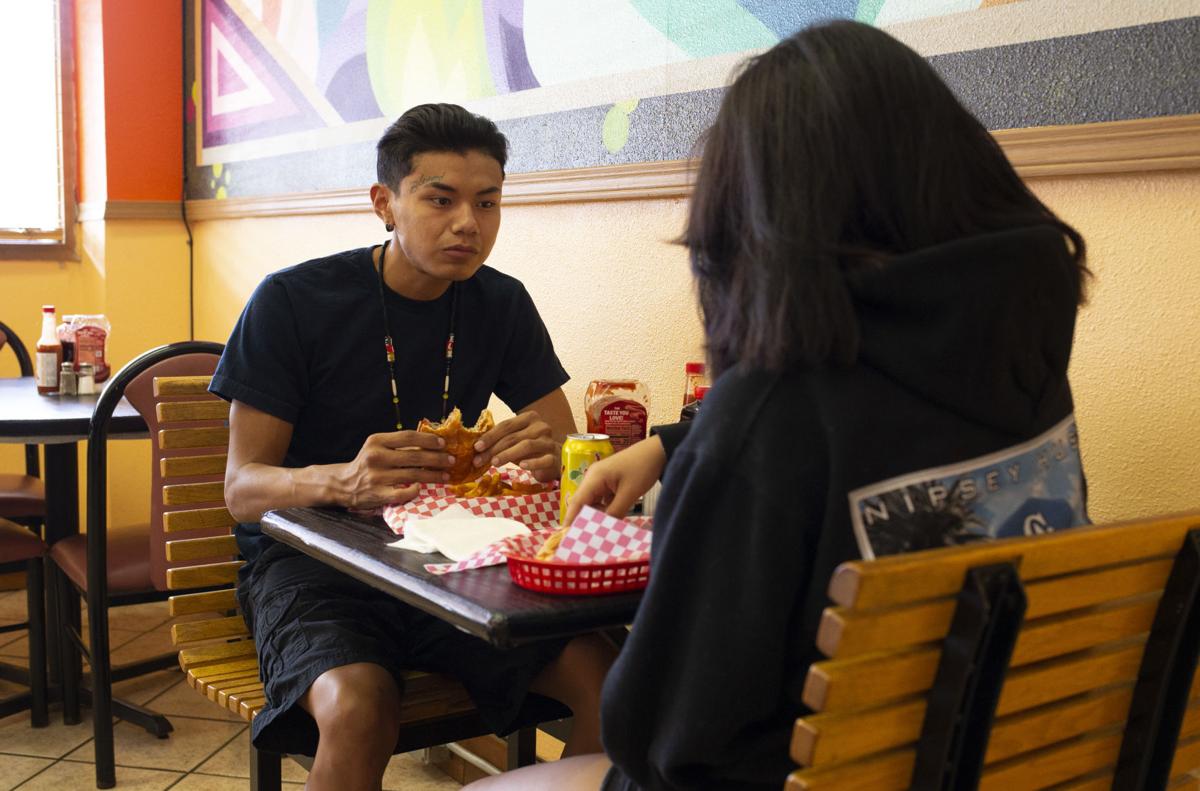 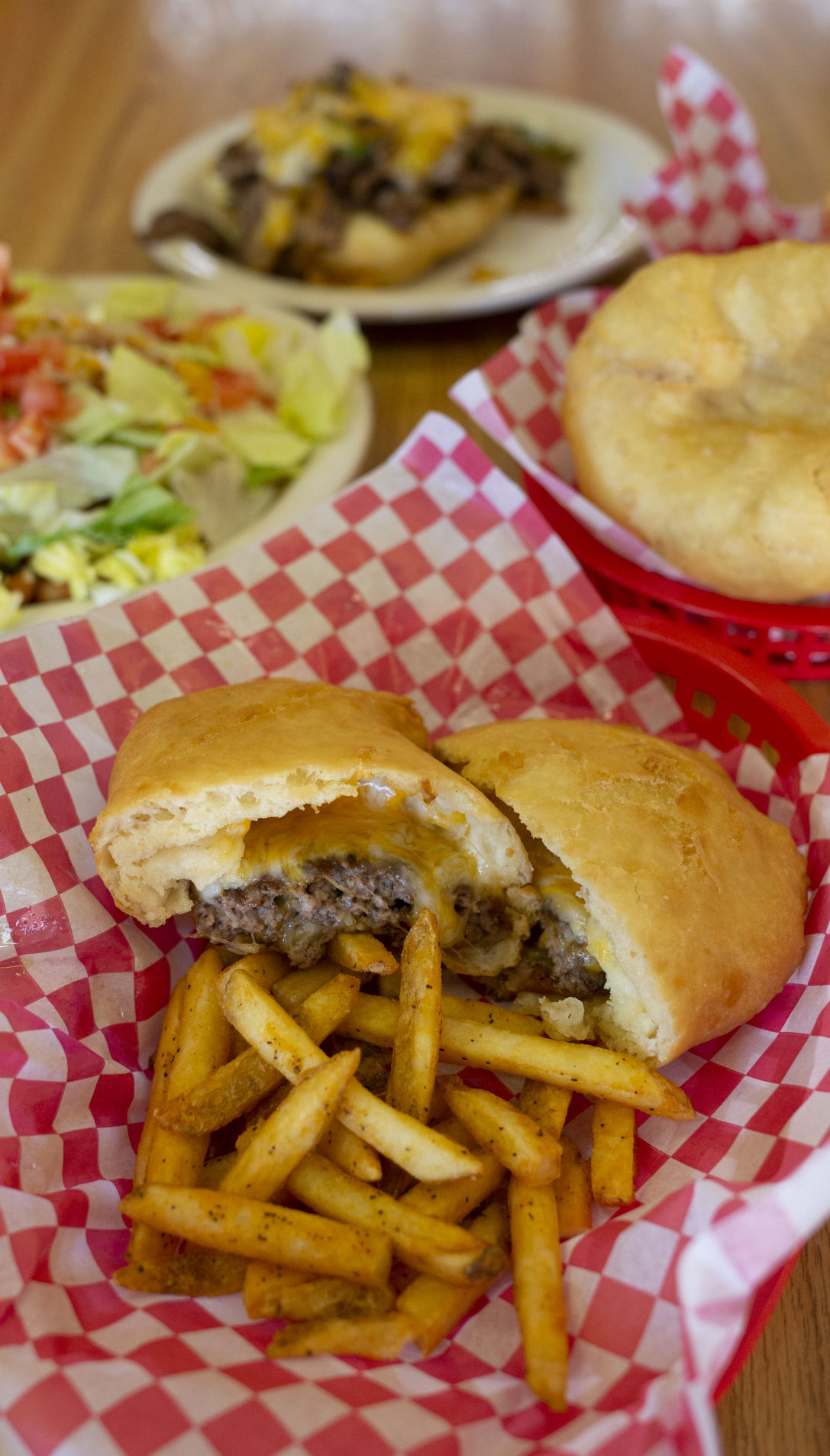 A Travis Wellington, a spin on a beef Wellington using fry bread, is pictured among other menu items at A&B Native American Cuisine Saturday, Aug. 7, 2021 in Toppenish, Wash.

A Travis Wellington, a spin on a beef Wellington using fry bread, is pictured among other menu items at A&B Native American Cuisine Saturday, Aug. 7, 2021 in Toppenish, Wash.

TOPPENISH — Travis Bob and Andrea Moore had a six-year plan to upgrade from their food truck, which sold popular Native American foods such as Indian tacos and other fry bread-based entrees, to a brick-and-mortar restaurant in this Lower Valley city.

They figured maybe they could make the move somewhere around 2025. But demand from customers was strong enough to push the date forward a few years. So when the owners of the building at 208 S. Toppenish Ave. approached the couple with a lease offer they could afford, they took the leap and A&B Native American Cuisine had its permanent home.

“She wanted a Native American restaurant here,” Bob said in a Tuesday interview at the restaurant. “She said there was a lot of other people trying to rent it.”

The restaurant quietly opened last month and had a more ceremonial grand opening Saturday, complete with the multiple-Grammy-nominated Black Lodge Singers out of White Swan. The response so far has been tremendous, Bob and Moore said. Their food truck customers have followed them and have been joined by scores of new customers who never knew they existed. Compared to when they started the truck in 2019, it’s been an instant success.

“For the longest time nobody was coming to eat at our truck, because nobody trusted us,” Bob said, laughing. “We were just starting off. And then once word got out how good the fry bread is, that was the main thing. Then after, maybe, the seventh month that’s when everyone was like, ‘Oh they got really good fry bread.’ And that’s when everyone started posting pictures.”

It was about time for a Native American restaurant in Toppenish, said Jon Olney Shellenberger, the former longtime Yakama archaeologist and ethnographer whose Native Anthro art-and-design company has become nationally popular over the past couple of years.

“It’s a long time coming,” he said in a phone interview. “I’ve been saying this for years. ... We need presence. You’re on an Indian reservation. Where’s the food? Where’s the art? I think this is an important part of that.”

There are surprisingly few Native American restaurants in the United States — an exact count is impossible; online searches reveal a notable scarcity — but the city of Toppenish is located entirely within the Yakama Indian Reservation, and the fry bread and Indian taco stands that pop up on occasion have always been popular. Those stands, as well as the vendors at powwows, have one flaw, though: They’re not always there. That’s why Moore and Bob started their food truck in the first place.

“I can’t really say that our stuff is better than theirs,” Bob said. “All I can say is that we’re more consistent. They’ll have a stand like maybe once or twice a month. We always used to go to them, but they were always sold out. That’s what really started us. We’d see the crowds of people that would come for the stand, and they’d sell out just like that. I was like, ‘Well, we need something consistent. Let’s do our part and see how we do.’”

The fare is focused more on postcolonial dishes such as fry bread (bread made by deep-frying dough) and Indian tacos (fry bread topped with beef-and-bean chili, cheese, lettuce and tomato) than on traditional foods such as salmon and elk. But the idea is to eventually include the traditional items, too, Bob said. Either way, the food is authentic to the Native American experience. Fry bread, for instance, is a testament to Native resilience.

“It started when they started with the ration camps,” said Bob, who is a member of the Pauquachin First Nation. “In order to live and survive off the rations, ‘cause the meat was rotted — they were basically trying to kill us off — we found a way to survive from making fry bread. So every nation basically has it.”

Shellenberger, who has studied the intersection of European and Native cultures and uses those themes frequently in his art, concurred. A Yakama tribal member himself (as is Moore), he called fry bread “Native soul food.” It’s a food born of oppression, but it has a legacy beyond that.

“We’ve kind of made it our own,” he said. “And that’s really the story of Native Americans, our adaptability to our environments.”

As the Indigenous scholar Simon Moya-Smith wrote: “Fry bread reminds us of a time when Native Americans, starving and outnumbered, did everything they could to survive aggressive encroachment and persecution. And although fry bread wreaks hell on the arteries, it’s good for the heart and certainly the soul.”

Providing that for people in Toppenish is an honor, Bob said.