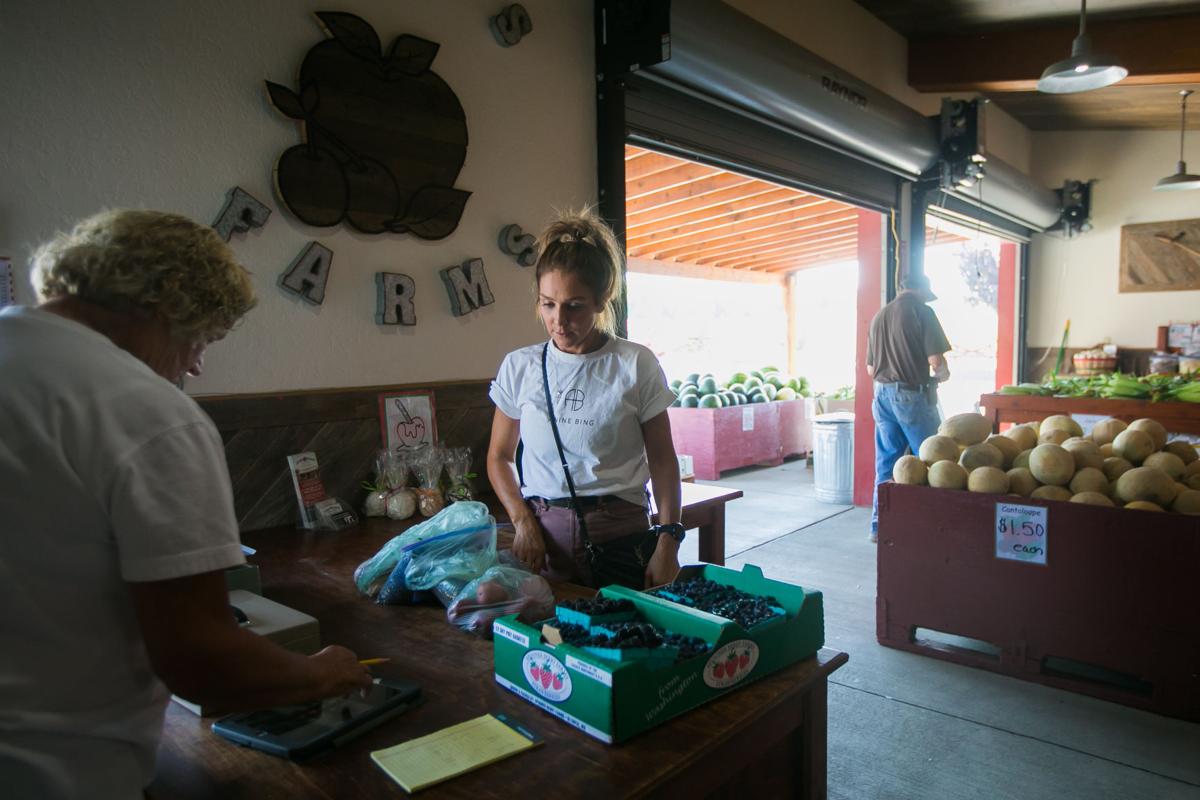 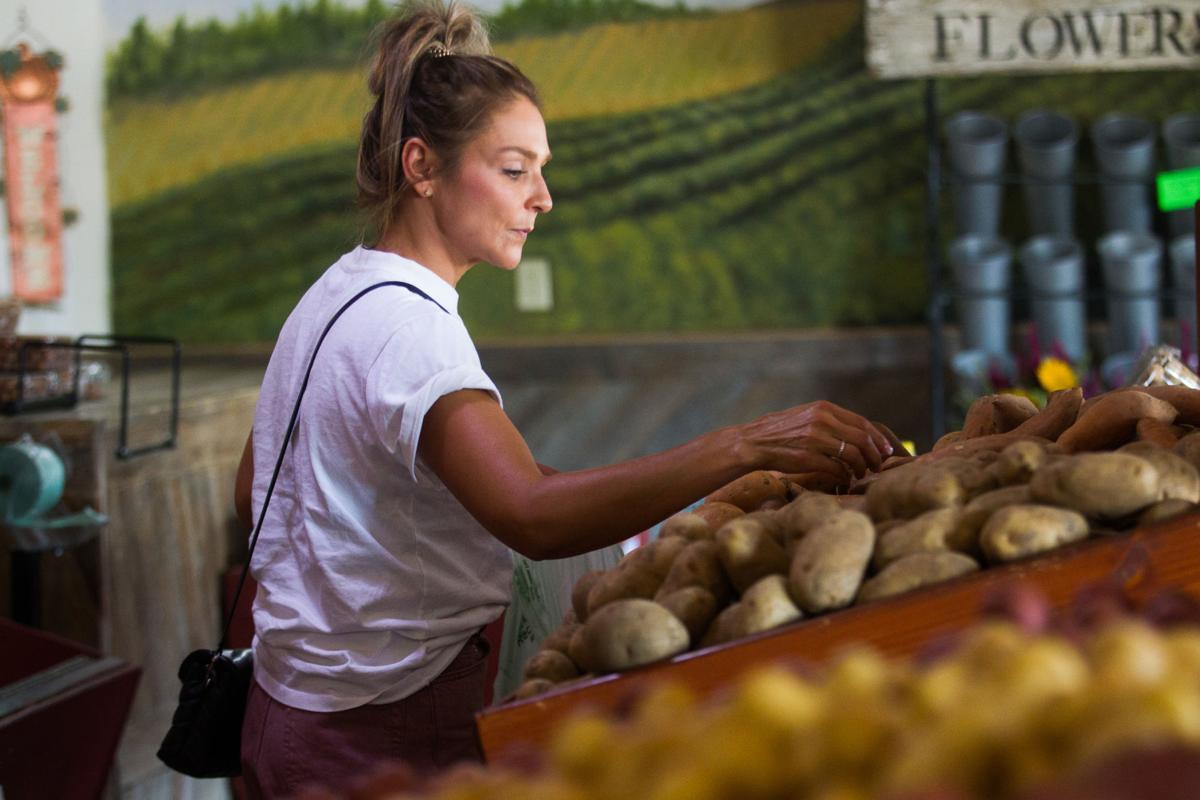 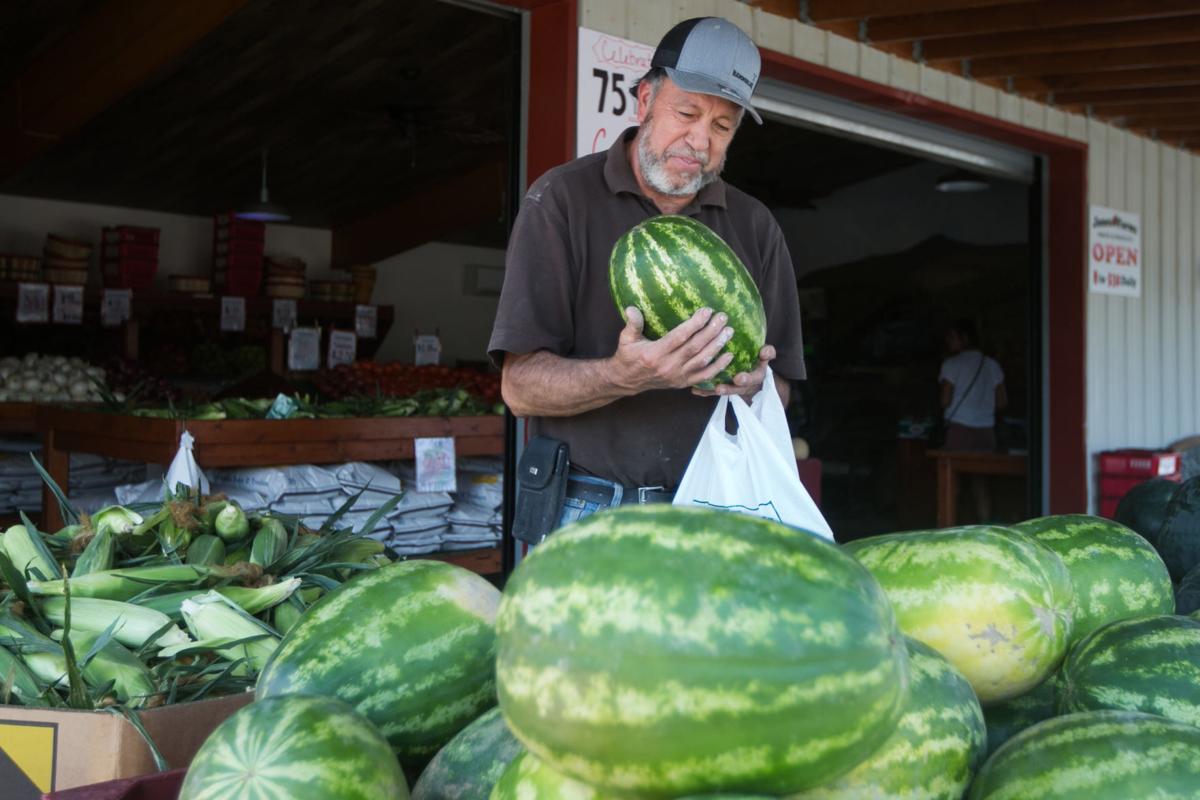 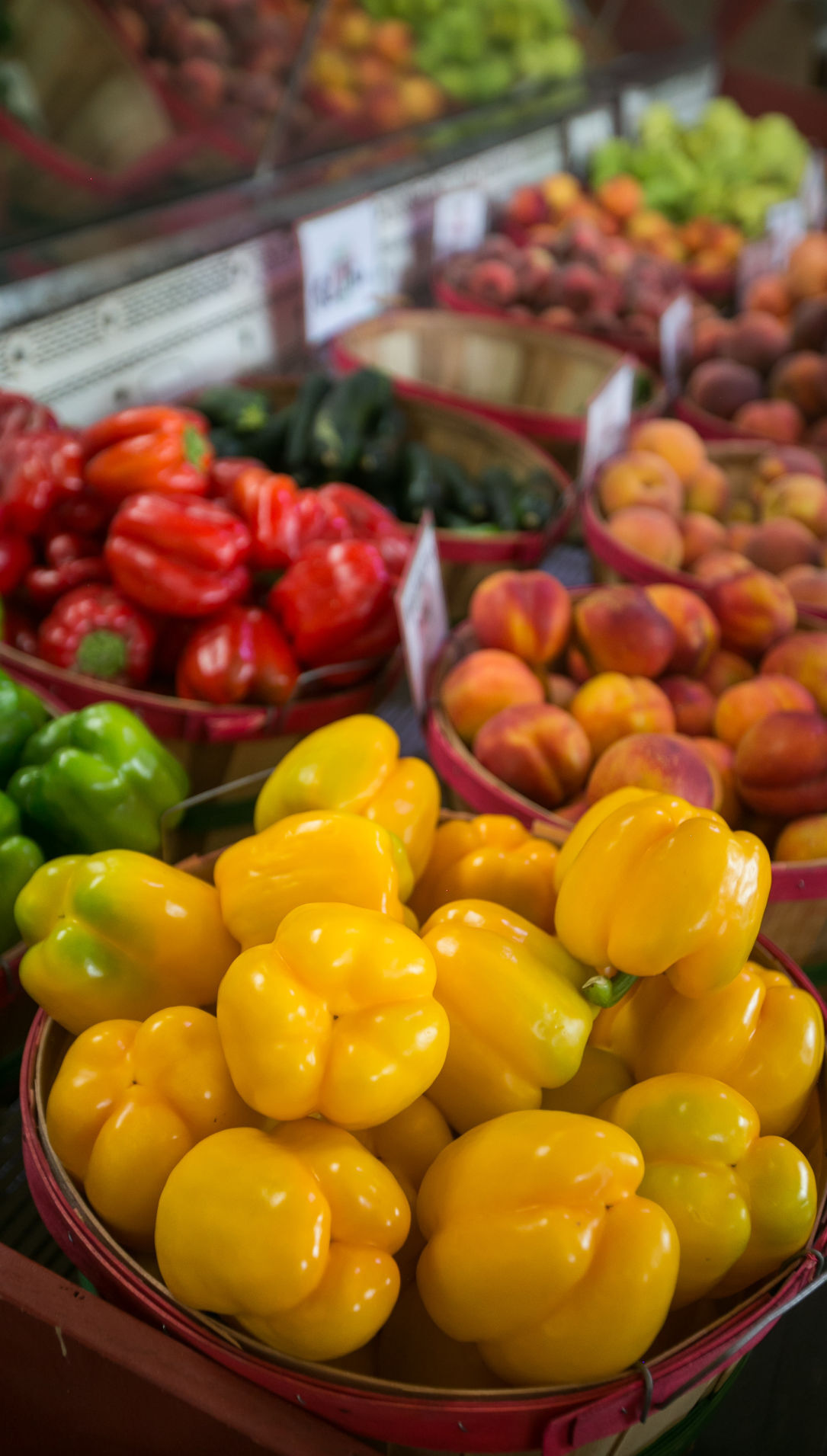 A variety of bell peppers and peaches rest in baskets in a cooler Monday, Aug. 16, 2021, at Jones Farms in Zillah, Wash.

A variety of bell peppers and peaches rest in baskets in a cooler Monday, Aug. 16, 2021, at Jones Farms in Zillah, Wash.

All of those Holy Grail quests, all of the doomed expeditions searching for El Dorado or Valhalla or Atlantis or Zerzura or the Seven Cities of Gold, they were all focused on the wrong place.

I say this with confidence because I have found unimaginable riches without going through all of that trouble. I didn't need to paddle up the Amazon or cross the Sahara or explore the ocean depths. I just walked into a few of the many fruit stands open across the Yakima Valley these days. And there before me lay treasures beyond my wildest dreams.

You think you've tasted a peach before? Because you buy them at the supermarket every summer? You think you've ever really had a tomato? Buddy, unless you've grown them yourself or bought them directly from a farmer, you have not. YOU HAVE NOT. You might as well have been eating dirt.

Here's my advice: Go to your favorite supermarket and buy the best-looking tomato they've got; then go to the Jones Farm Fruit Stand in the Lower Yakima Valley and buy one of theirs; take them home and taste them side by side. What you'll find in the former is a lovely, standardized tomato, shelf-stable and shiny without a mark on it. It's perfect in every way except one: It tastes like nothing at all. Now take a bite out of that fruit stand tomato. Note how it's almost messily juicy, just absolutely bursting with flavor — the perfect balance of tart, sweet, tangy and rich.

"There's nothing better than a Yakima Valley tomato," said Dennis Jones, who owns the farm. "The tomatoes you buy from the store, they just don't have any flavor."

He's part of the third generation to run Jones Farm, which is celebrating its 75th anniversary this year. The fruit stand has been open for 50 of those years and has become renowned for its freshly picked peaches, sweet corn, Sugar Baby watermelons and, of courses, tomatoes.

"Generally it's a better buy than at the store," Jones said. "And it's always fresh."

And, yeah, sure, fine, a tomato from a fruit stand probably won't last as long on the shelf, but it won't have to. You'll want to eat it pretty much immediately. Then you'll want to go to your bank, withdraw all of your money and return to the fruit stand to buy as many tomatoes as you can afford. Then you'll be broke, but you'll be happy. Your financial adviser will come to angrily ask why you cashed out all of your investments, and he'll find you atop a giant pile of tomatoes, having sold your house and all of your possessions (except a tomato knife and, maybe, salt and pepper shakers) in order to buy and immediately consume as many as possible. Though you'll have no regrets, you will want to get to work re-amassing some wealth. There are still peaches to eat, after all. And pears. And apples.

Fortunately, fruit stands and farm stores operate throughout the Valley this time of year, from all the way up in Naches to all the way down in Grandview. Some of them, such as the Jones Farm stand between Zillah and Granger, are almost entirely dedicated to produce grown right there on site.

Others, such as the Precision Fruit and Antiques barn outside of Selah, aren't associated with one specific farm but serve as retail centers for local farms. They frequently sell prepared foods — Precision has a whole wall dedicated to barbecue sauce as well as other jarred items and a wide selections of local and regional beer and wine — as well as trinkets and collectibles. Some sell baked goods, such as the world-class pies at Johnson Orchards in Yakima. Others will make food and drink fresh to order, such as the famous peach smoothies at Barrett Orchards in Yakima.

Speaking of those smoothies (try one as soon as possible) it's that time of year when I feel compelled to give my annual public service announcement: Though it seems as though it's just begun, peach season in the Yakima Valley is almost over; there are only a couple of weeks left.

"We're picking peaches and nectarines each day," Jones said. "We have 26 varieties, so we'll be picking every day for the next couple of weeks."

That includes the much sought after Elberta peaches ("People have been calling for a month wanting to know when they're ready," Jones said) and several other tasty, late-season varieties for both eating and canning. Aside from tomatoes, peaches boast the widest gulf between store-bought and stand-bought. The former are fine as long as you've never tried the latter. But once you've had an honest-to-god fresh Yakima Valley peach, you will never settle for a supermarket peach again.

They will become your Holy Grail, your Valhalla. The only difference is that, for a couple of months a year, they are exceedingly easy to find.