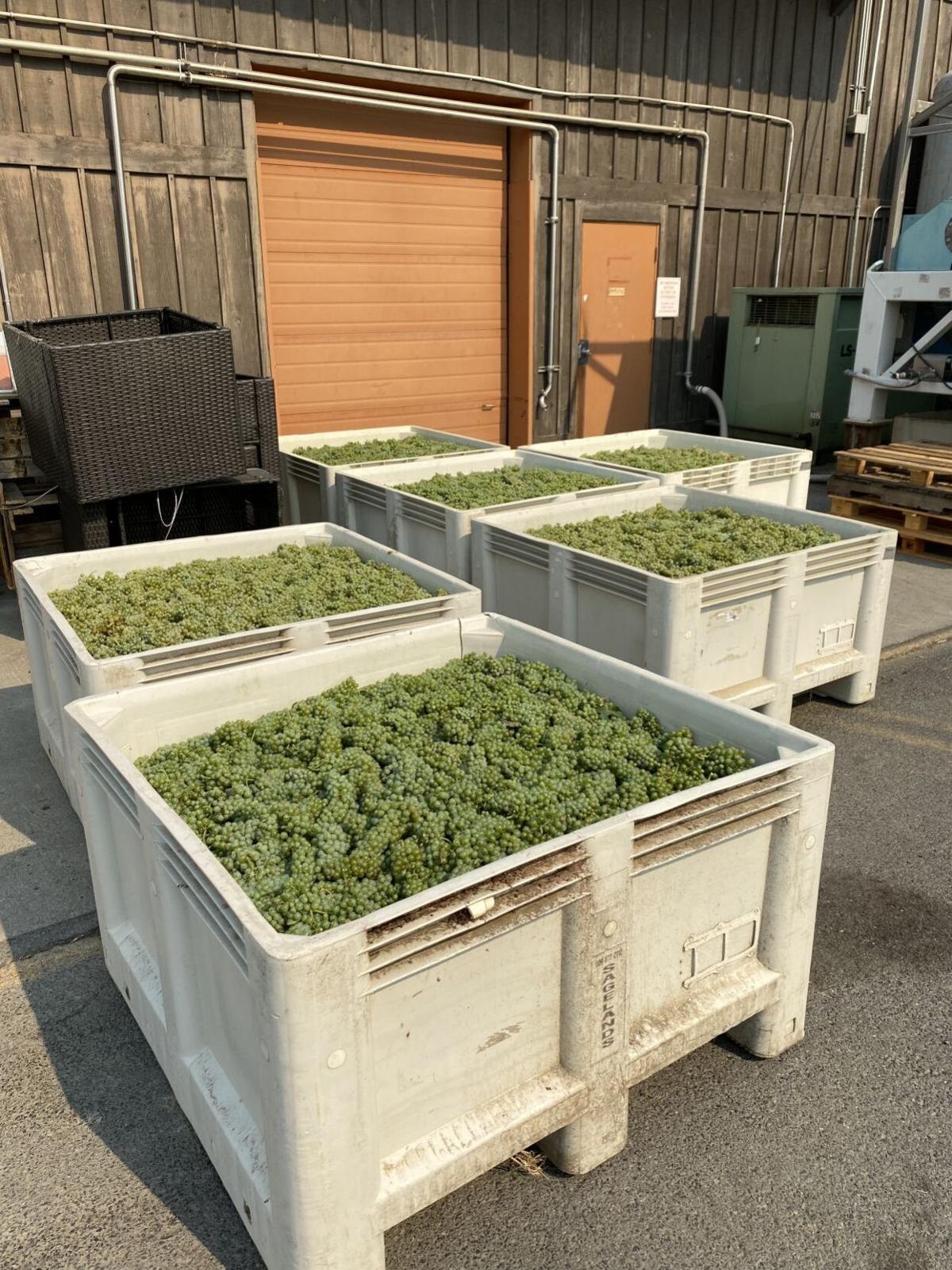 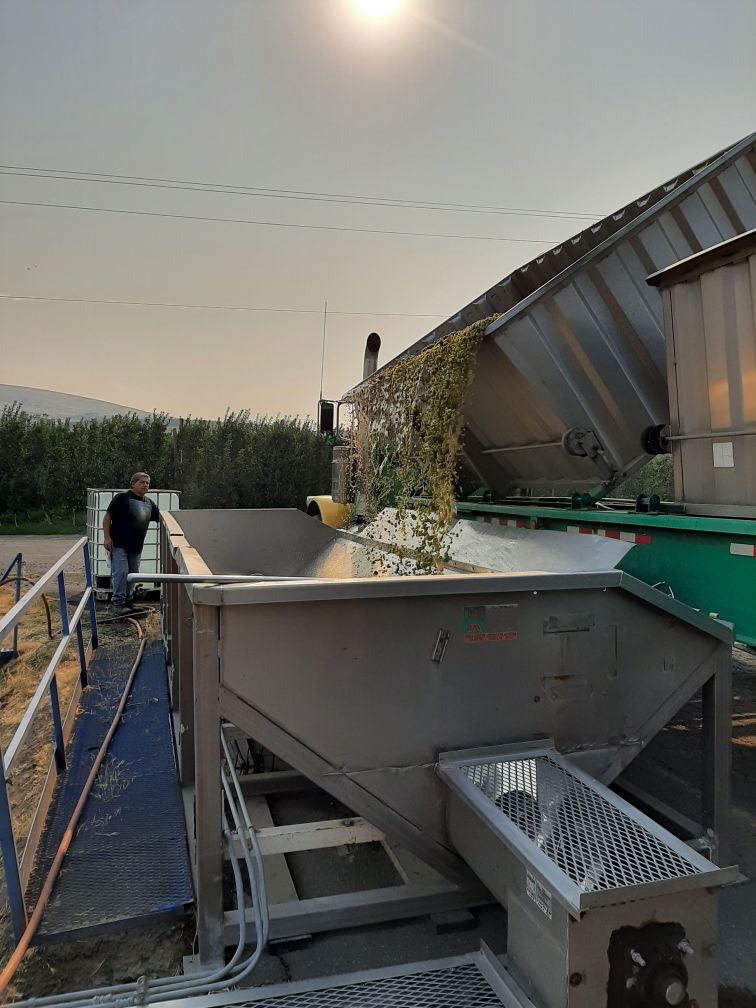 Vintners in and around the Yakima Valley started bringing in fruit for sparkling wines this past week. Grapes for these effervescent beverages are picked at lower sugar levels before the first clusters for still wines come in. This early picking gives the industry a preview of what’s to come for the rest of the season.

Says Rawn, who oversees 330 acres of vineyards from 12 different sites in Zillah: “Overall we got through the heat pretty well. The crop is again light, but the quality looks good. Harvest is also tracking about a week ahead of last year.”

Many are attributing the light crop to the high heat spikes in Eastern Washington this year. Growers have seen sunburn and, in some cases, watched the grapes simply shrivel to nothing. There is no changing what Mother Nature brings, but viticultural practices have seemingly played an important role in protecting many of the wine grapes.

Todd Newhouse of Upland Vineyard grows more than 1,000 acres of wine grapes near Sunnyside and is also optimistic about the vintage.

“We had things very covered and protected when the extreme June heat hit,” he says. “So far things seem normal at Upland, with no apparent heat-related damage.”

“I left extra fruit and have not yet leaf thinned as a way of protecting the vines and grapes from the sun and heat,” he says.

Some are speculating about other possible causes to the low yield. Wade Wolfe, viticulturist and co-owner of Thurston Wolfe Winery in Prosser, reports seeing smaller berries on sun-

exposed clusters, especially if the vines were under-

irrigated during the extreme heat in June.

“Overall, I am seeing fewer clusters than typical, but that would be attributed to growing conditions last season and perhaps more severe pruning by growers,” Wolfe says. “Drought conditions may be a factor. Despite the good snow pack this winter, the south-central part of the state has had two consecutive years of below-normal precipitation. This may be impacting root growth and canopy size and, in turn, crop levels.”

Airport Ranches near Sunnyside shows a lot of variation this year. Says owner Marcus Miller: “We had a prolonged berry set, and the size of the berries are as variable as I have ever seen them. That was compounded with the 110-plus weather in June during our peak sizing period. Our estimates show cluster sizes down 30% to 40% from last year in many blocks.

“We are optimistically hoping berry sizes are better than forecasted. Most white blocks look 4 to 5 tons per acre when we shoot for 7 tons on most blocks. With reds we are seeing 2 1/2 to 4 tons on most blocks when we shoot for 3 to 5 tons per acre. Quality looks good. I’ve always said that Yakima Valley excels in warm vintages, and we definitely have a warm one on our hands.”

Talking to growers who oversee large acreage sites as well as those who manage small boutique vineyards, it looks as though the 2021 vintage may be down in quantity, but they are looking to make up for it with exceptional quality and flavor concentration. It looks like the outlook for the vintage is “early and light.”