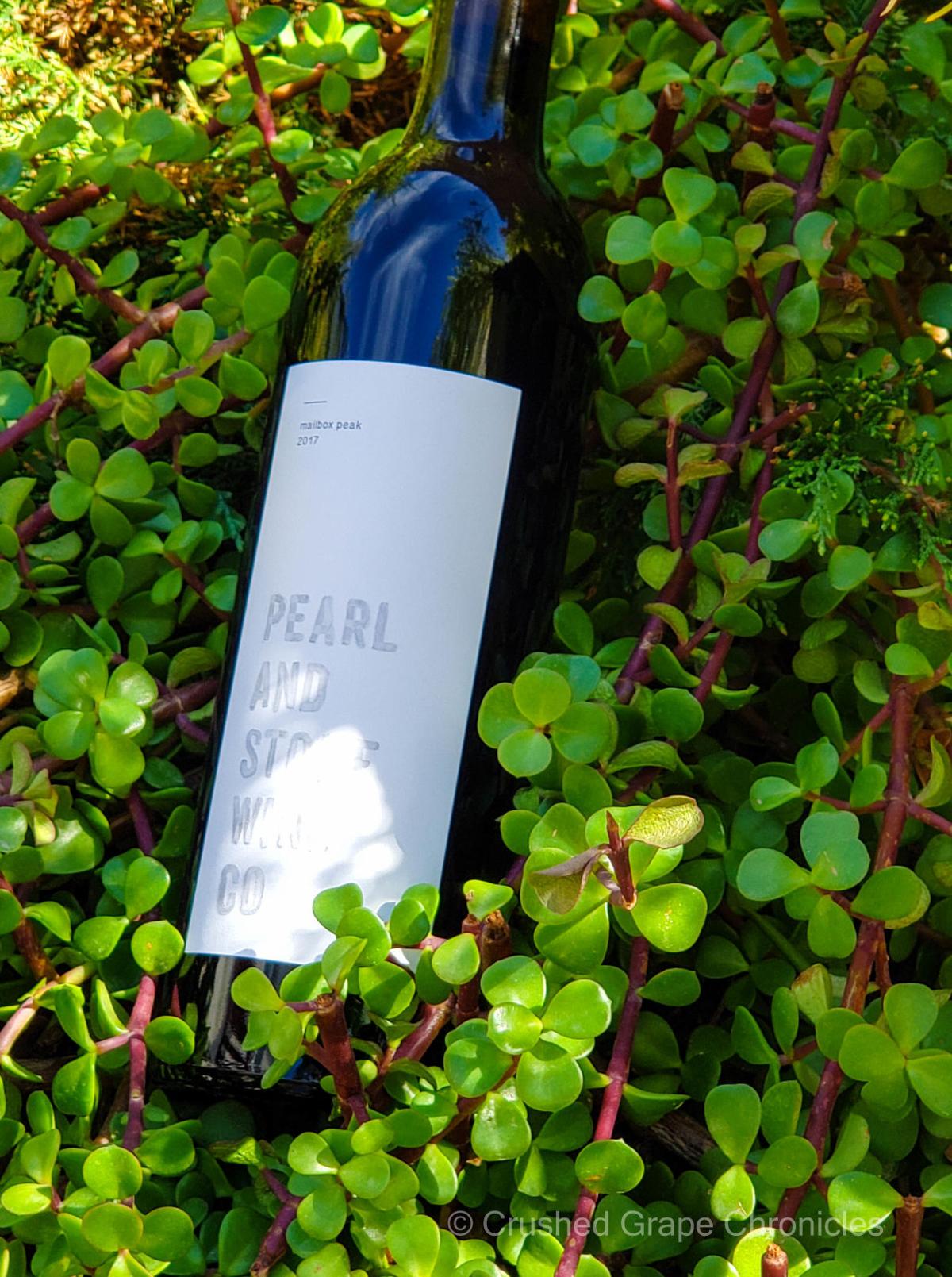 A bottle of Pearl & Stone 2017 Mailbox Peak from the Yakima Valley. 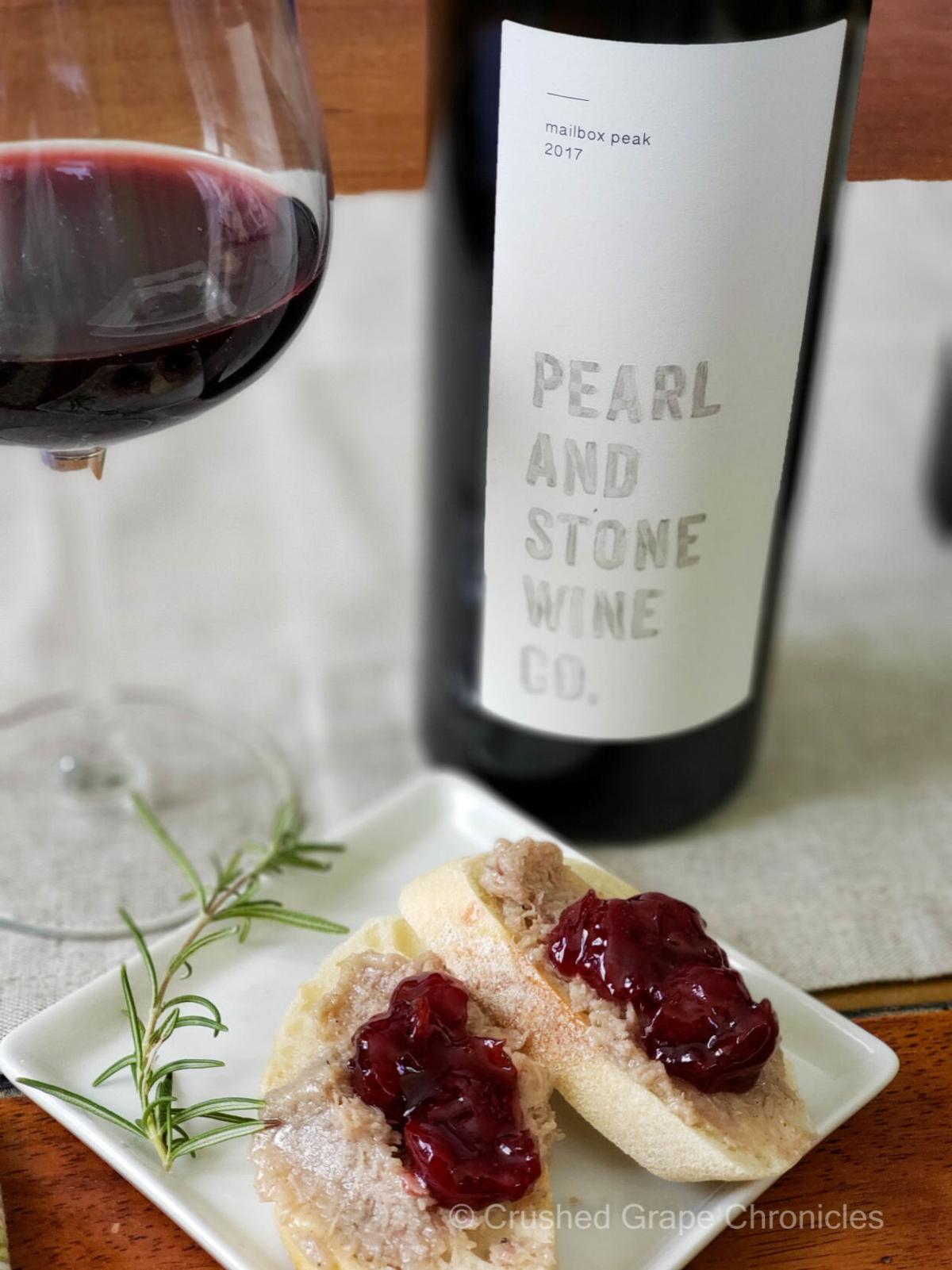 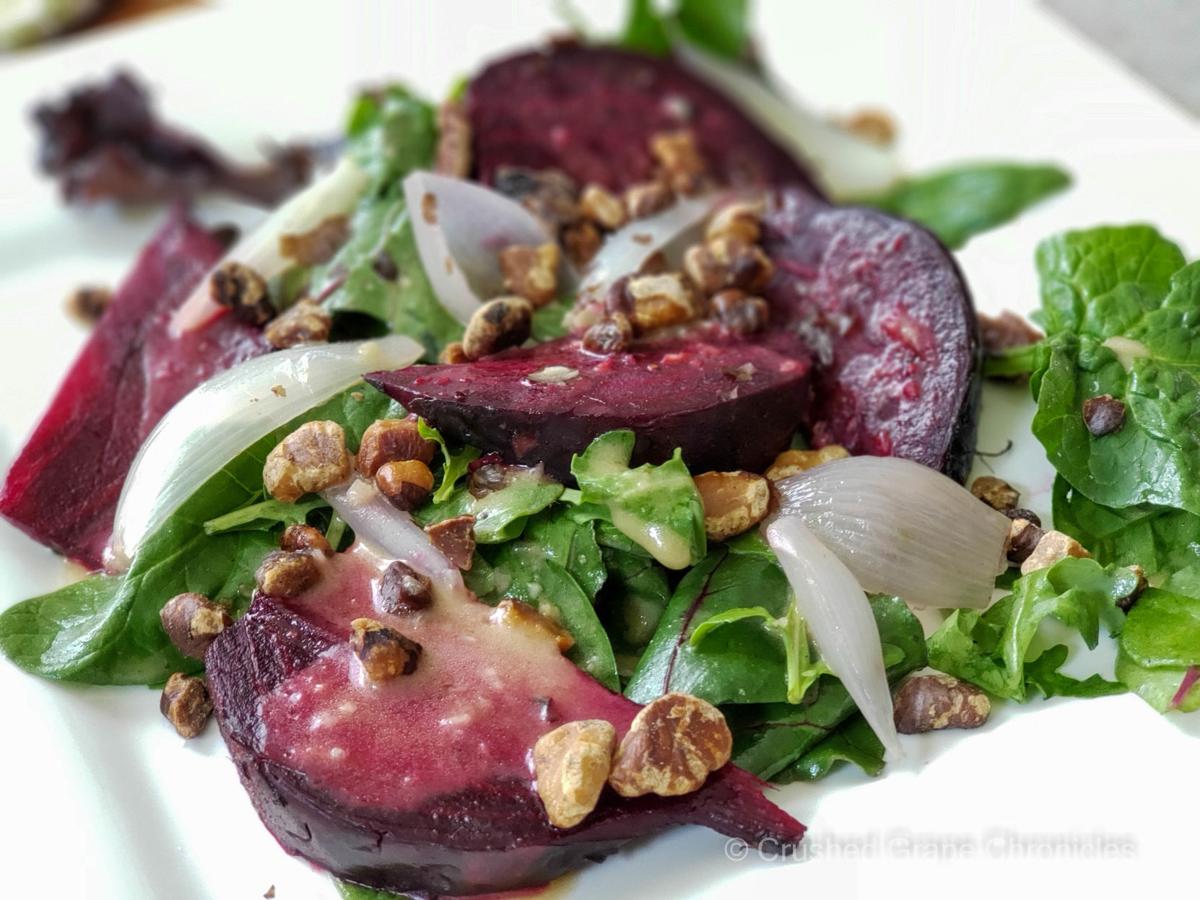 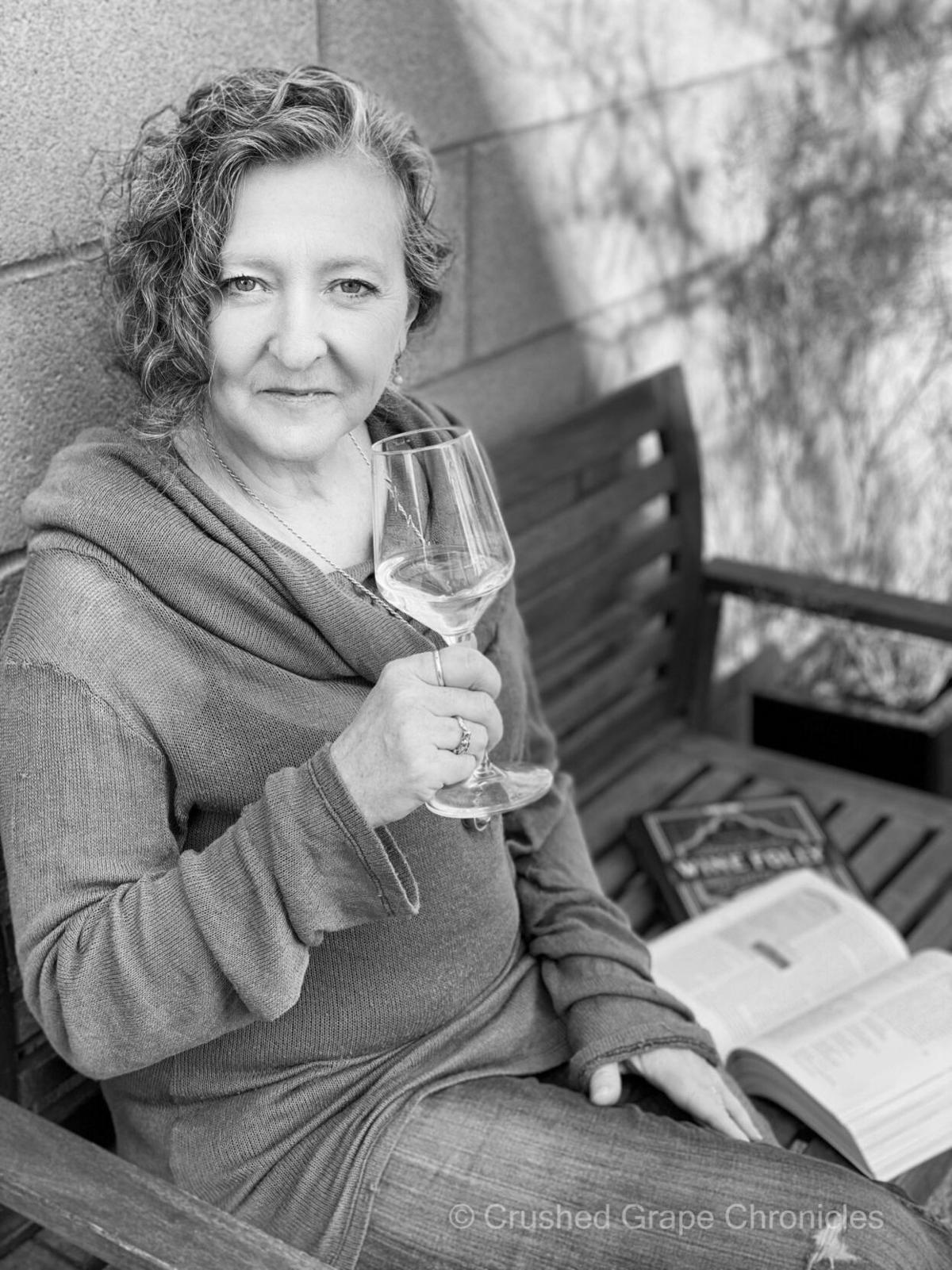 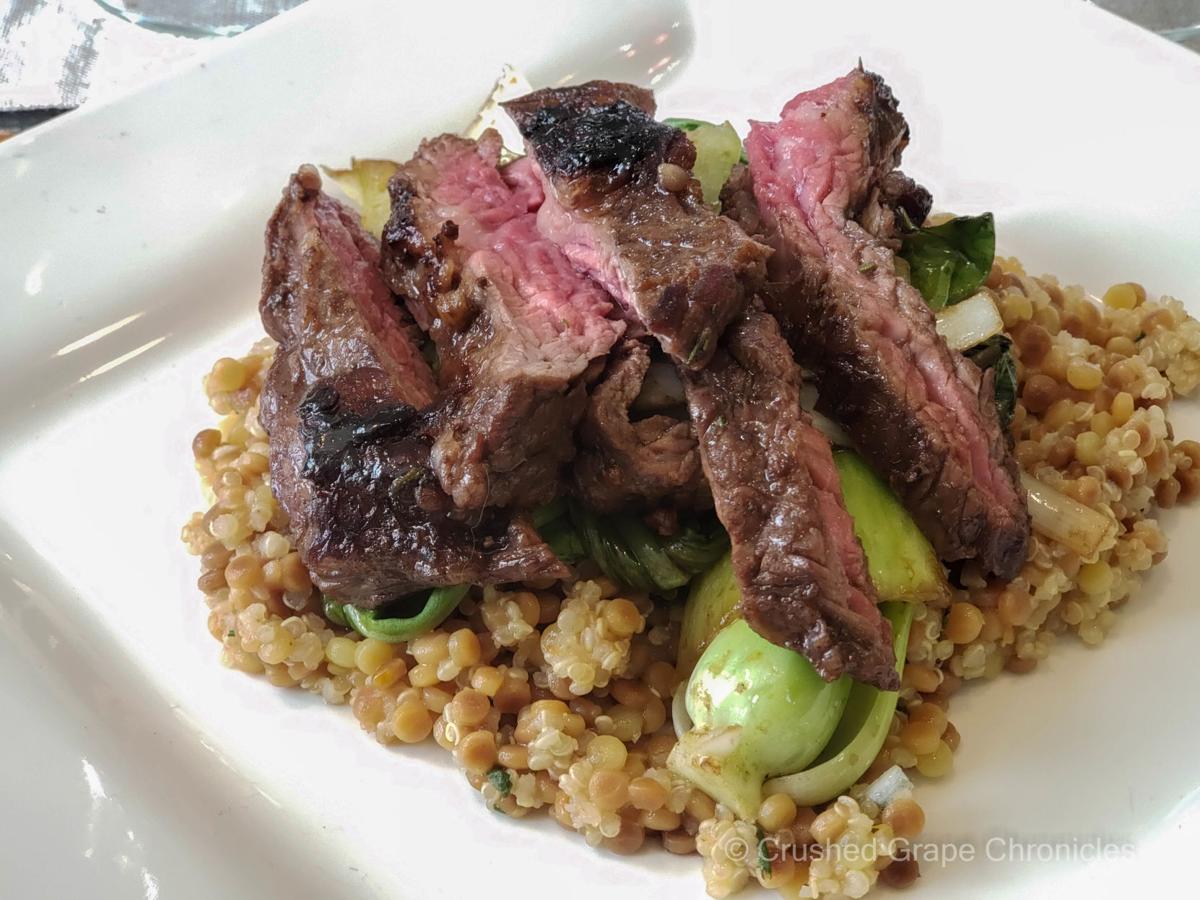 A bottle of Pearl & Stone 2017 Mailbox Peak from the Yakima Valley.

Yakima Valley wineries recently partnered with a group of intrepid writers for a wine pairing weekend (#WinePW). The following is an excerpt of one of the write-ups and recipe pairings that resulted from the weekend. This write-up and recipe were created by Robin Renken, certified specialist of wine at www.crushedgrapechronicles.com. Be sure to follow her for more inspiration, recipes and information on wines, vineyards and food pairings.

Pearl and Stone Wine Co. is in North Bend, one of the towns in which David Lynch’s “Twin Peaks” was shot. The town sits 30 minutes from Seattle in the beautiful Snoqualmie Valley, with a population of around 7,000 at last count.

Erika Ribary, Laurie Wesorick and Wendy Stone, teachers at Fall City Elementary School in nearby Fall City, would often gather with their husbands, Paul, Rob and Chris (respectively), over a bottle of wine. In 2013, the group decided to make their own. They bought some equipment and recruited Chris Camarda of Andrew Will Winery to point them in the right direction.

In November 2019, they opened a tasting room in downtown North Bend. Of course, the tasting room was just getting ready for its first season when COVID hit. They are open again at a smaller capacity with a few tables for tasting.

Upon opening, my nose first picked up notes of a cedar forest. Red berries and spice followed with notes of darker fruit and bramble. Hints of walnuts, dried fig and eucalyptus rounded out the nose. This wine is sourced from Two Blondes and Pollard Vineyards, both located in the Rattlesnake Hills region of the Yakima Valley.

When I spoke with Chris at Pearl and Stone, I asked if he had a favorite pairing. He mentioned duck with cherries. We found duck rillettes, which are duck legs cooked down in their own fat almost like a confit. It makes a delicious spread and with the Morello cherry preserves was amazing with the wine.

We enjoyed this elegant salad with the charcuterie platter for lunch. The salad was a beautiful pairing with the wine. The earthy notes and meaty texture of the beets give depth to the dish, allowing it to stand up to a fuller-bodied red wine.

Balsamic-marinated skirt steak with bok choy and leeks on couscous

This was our dinner pairing. Originally, I was going to do this with grilled fennel rather than the bok choy, but the store was out of fennel. It is fine for the recipe, but not so fine for the wine. The green notes in the bok choy just didn’t sit well with the wines. The meat was great, the couscous was great, but if you want to pair this dish with a Bordeaux-style blend, ditch the bok choy and go with fennel. Or, go without the green completely and top the whole thing with a red wine sauce made from pan drippings.

The skirt steak was delicious and tasted great with the wine. It marinates for 30 minutes then sears quickly to top the dish.

This recipe and the full article can be found at www.crushedgrapechronicles.com.

The Wine Scene column runs weekly in this space. It is usually written by Barbara Glover, executive director of Wine Yakima Valley. This edition was guest-written by Robin Renken of the blog Crushed Grape Chronicles.