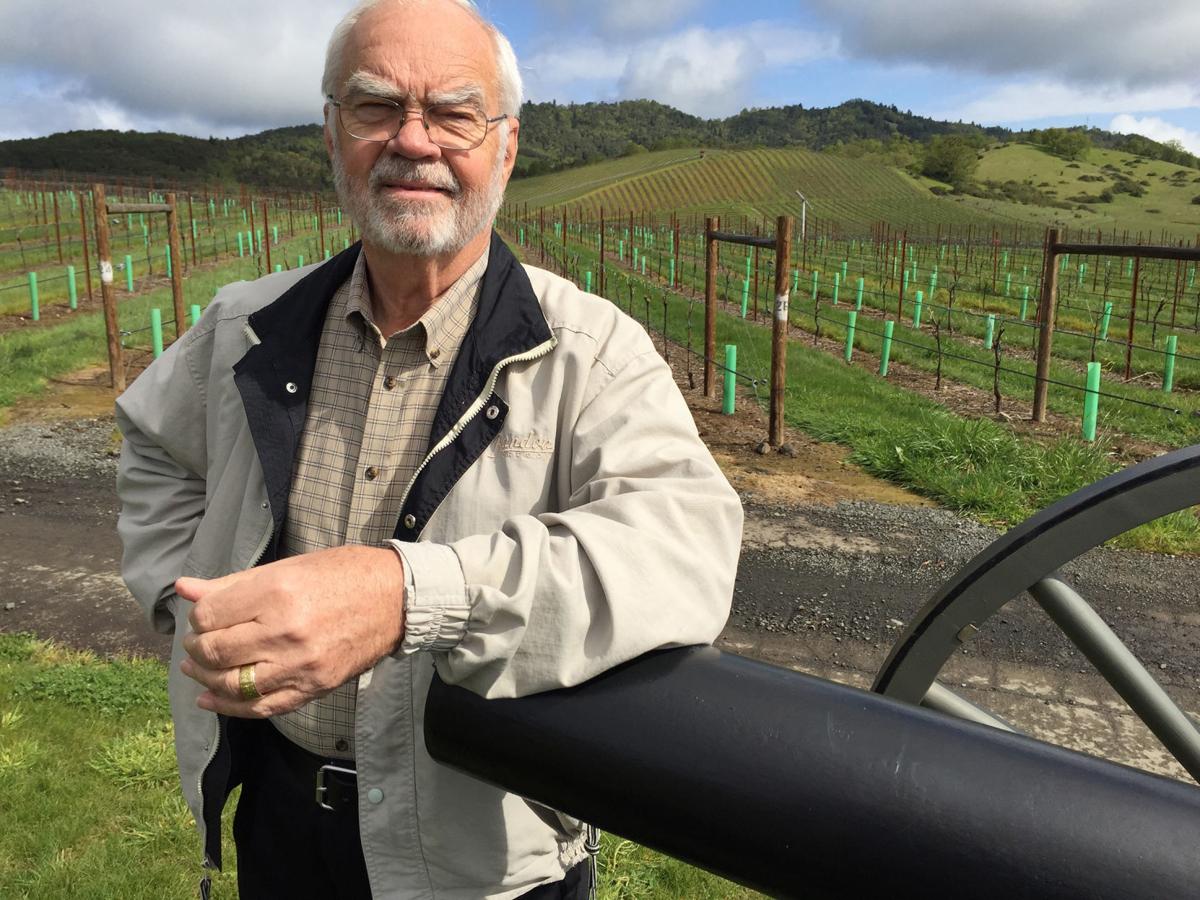 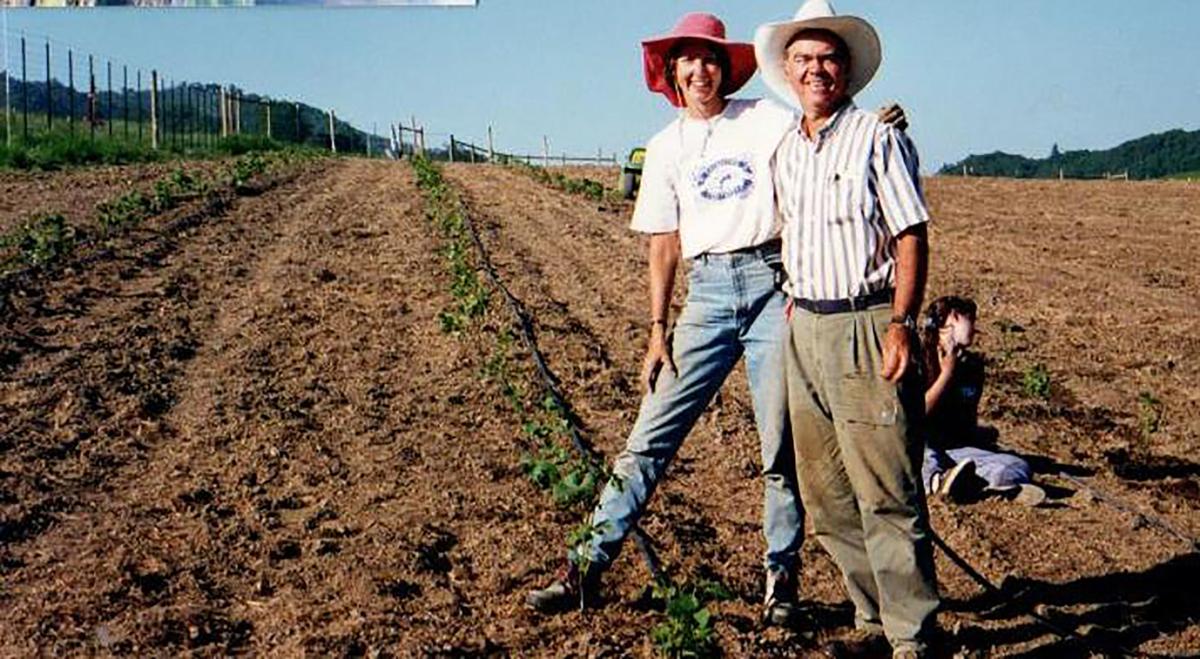 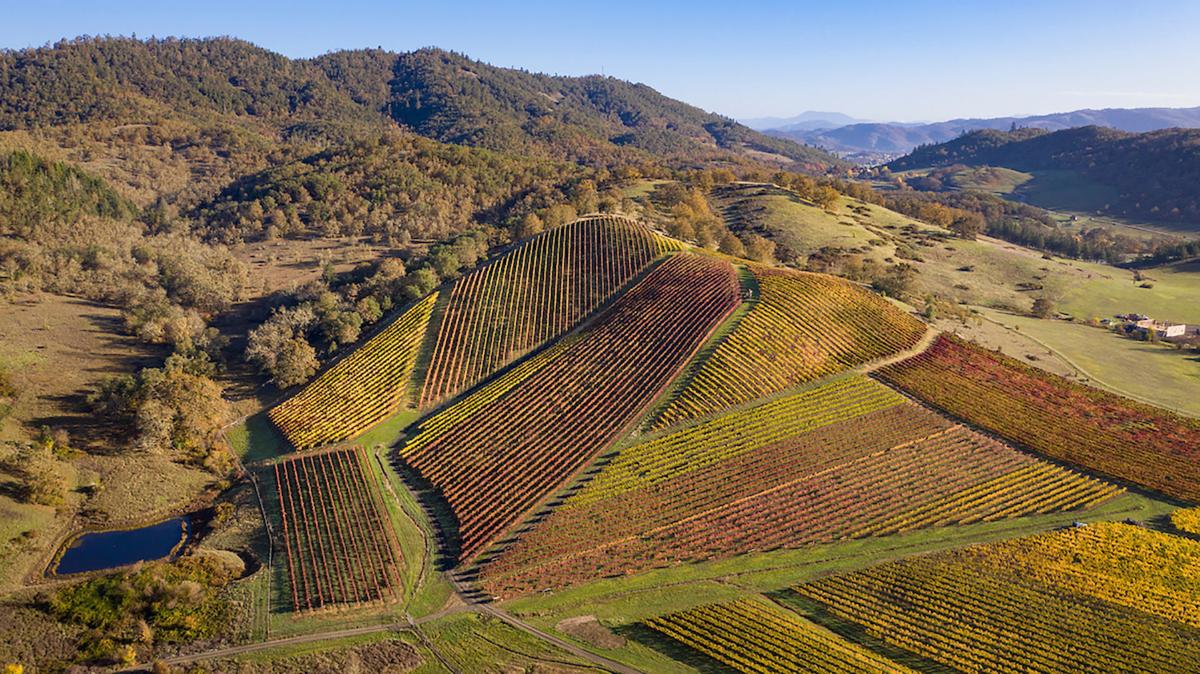 Cobblestone Hill serves the centerpiece of the 76 acres planted by the Jones family and reflected on the label of their Abacela wines. 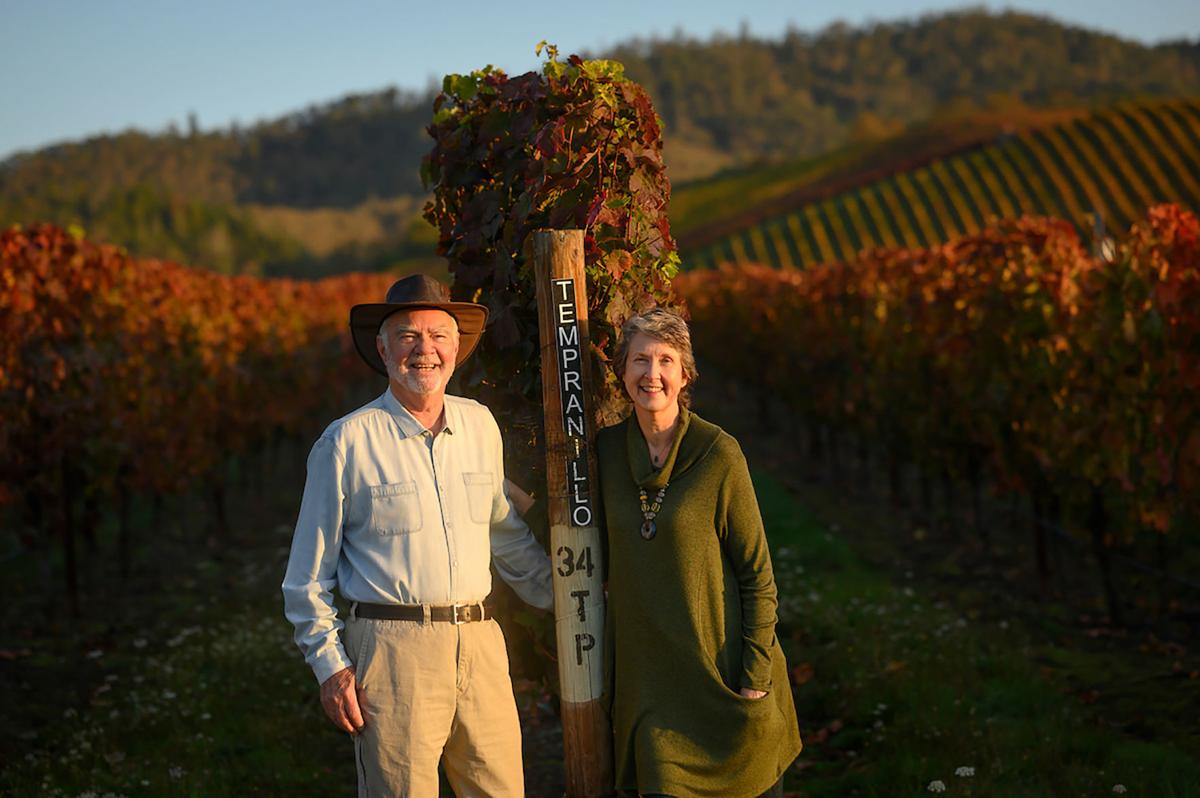 Earl Jones and his wife, Hilda, share a bit of life at Abacela with guests at their Vine and Wine Center in Roseburg, Ore.

The Abacela 2015 Estate South East Block Reserve Tempranillo is one of three examples of the Spanish red by winemaker Andrew Wenzl each vintage.

The Abacela 2018 Estate Albariño is the flagship white wine for founders/co-owners Earl and Hilda Jones in Roseburg, Ore.

Tinta Amarela is a Portuguese variety often used in traditional examples of Port-style wine, but Abacela also has produced it as a table red wine since 2012.

Cobblestone Hill serves the centerpiece of the 76 acres planted by the Jones family and reflected on the label of their Abacela wines.

Earl Jones and his wife, Hilda, share a bit of life at Abacela with guests at their Vine and Wine Center in Roseburg, Ore.

The Abacela 2015 Estate South East Block Reserve Tempranillo is one of three examples of the Spanish red by winemaker Andrew Wenzl each vintage.

The Abacela 2018 Estate Albariño is the flagship white wine for founders/co-owners Earl and Hilda Jones in Roseburg, Ore.

Tinta Amarela is a Portuguese variety often used in traditional examples of Port-style wine, but Abacela also has produced it as a table red wine since 2012.

ROSEBURG, Ore. — On Memorial Day 1995, Earl and Hilda Jones were modern-day examples of abacelar — a historic Spanish word for planting a grape vine.

A quarter of a century later, Abacela Winery near the southern Oregon city of Roseburg remains a pioneer and icon for the Pacific Northwest wine industry, particularly with Spanish varieties tempranillo and albariño. If only Earl’s father, Clay, who farmed row crops in Kentucky, were alive to see all that has been accomplished.

“Son, you’ve lost your damn mind,” is the quote that’s become part of the legend surrounding the 76 acres carved out of the hillsides on the Jones family’s 463-acre oak savannah in the Umpqua Valley.

The reason for his father’s comment was that Earl had given up a decorated career as an immunology researcher to grow grapes and make wine. At age 80, Earl chuckles now as he looks back upon the day that Fault Line Vineyards was established, which came not long after uprooting his young family from the Gulf Coast.

“You should ask Hilda about that. She can give you a more terse summary,” Earl says with a hearty laugh. “We planted 10,000 vines that spring — 12 acres. The first day, we worked all day and only planted 252 vines. We both couldn’t believe it. Our backs were breaking from digging holes, planting the grapevines and watering the young vines. It took us forever to get the 12 acres planted.”

Those were the first commercial tempranillo vines in the Northwest. Now, there are more than 350 acres of tempranillo growing in Oregon alone, and more than 50 wineries in that state pour a tempranillo.

“It used to be, ‘I’ll have a tempra-NELLO,’” Earl says. “And now almost everyone knows it’s tempra-KNEE-O.”

That’s largely because of the work done by Earl and Hilda, who have become ambassadors in the United States for tempranillo and albariño. In 2015, they were presented with the Lifetime Achievement Award from the Oregon Wine Board.

It all began with Earl’s fascination with three regions in Spain: Rioja, Ribera del Duero and Toro. In particular, he points to the Tinto Pesquera by innovative winemaker Alejandro Fernández that led to researching the unique climatic influences in the Duero River Valley.

Earl and his son, Greg, who was studying environmental science at the time, analyzed U.S. weather data. Their research led Earl to the Pacific Northwest, where he ruled out Washington and Idaho because of their occasional harsh winters. He decided upon a parcel not far from the wildlife safari near Winston.

The future home of Abacela was secured in 1992. While climatically appropriate for the varieties Jones wanted to grow, a stroke of luck came from their property being bisected by the soon-to-be-discovered Wildlife Safari geological fault and the mélange of soil types around it, which has fascinated not only the Joneses but also geologists around the globe.

So in 1995, that memorable Memorial Day planting began at Cox’s Rock, a parcel named for the Oregon Trail family that homesteaded the land around 1850.

It was 13-year-old daughter Hanna’s tasteful artwork of Cobblestone Hill that served as the inaugural labels for most of Abacela’s history and remains the inspiration for the current look. Her professional talents are apparent to anyone who visits Abacela’s Vine & Wine Center, which Hanna designed and her parents opened in 2011.

Ironically, Abacela’s inaugural commercial wine was a 1996 cabernet franc, a mere 36 cases. Their first big headlines stemmed from the 1998 vintage, which produced a tempranillo that earned a double gold medal at the 2001 San Francisco International Wine Competition. It also beat out 19 entries from Spain on its way to best of class.

Below are a handful of recent releases from Wenzl and the Jones family that our panels have tasted this winter. Look for them at your favorite grocer or wine merchant, or contact Abacela directly.

■ Abacela 2018 Estate Albariño, Umpqua Valley, $21: This wildly successful experiment at Abacela began in 2000, and it started with a half-acre on the north side of a hill. Picked at 21 Brix, there’s no oak involved, allowing the grape to exude fanciful aromas of lemon meringue pie, papaya and orange Creamsicle. And yet it is brilliantly bone-dry, making for a delicious, mouth-filling and mouth-watering drink of stone fruit and slate.

■ Abacela 2015 South Face Block Estate Reserve Syrah, Umpqua Valley, $44: After tempranillo and grenache, syrah is the third-most planted red at Abacela, and some of these vines now are 25 years old. The barrel program of French oak, 28% new, sets the stage with a theme of cherry, milk chocolate and vanilla. It’s far from flabby on the palate as blackcurrant and pomegranate come with plum-skin tannins that combine for a pleasurable and juicy finish.

■ Abacela 2015 East Hill Block Estate Reserve Malbec, Umpqua Valley, $42: There’s nearly as much of this Bordeaux red planted at Abacela as syrah, and its roots also stem from 1995. Dense aromas of blackcurrant candy and cherry jam include squid ink and smoke. Inside, it’s a big yet rich wine with huckleberry and plum flavors, backed by boysenberry acidity. As one would expect with the Bordeaux red, Wenzl builds this for the long haul.

■ Abacela 2015 South East Block Estate Reserve Tempranillo, Umpqua Valley, $49: Aside from the fun and screw-capped Fiesta, the rest of Abacela’s tempranillo program often doesn’t begin to show its promise until seven years beyond the vintage. The 2015 South East Block is an exception. A deft touch with French oak, just 14% new wood, makes charming levels of baking spice and toast just behind purple fruit tones of plum and black cherry. Its layers of cherry pie and Craisins make for a bright and juicy structure capped by a bit of fresh-baked brownie.

■ Abacela 2016 Estate Tinta Amarela, Umpqua Valley, $30: This Portuguese variety is a core component to Wenzl’s stellar port program, yet its success as a red table wine has prompted the Joneses to ramp up Tinta Amarela beyond a wine club offering. Longtime vineyard foreman Darin Cook has no trouble with its ripening, exemplified by the Sept. 16 harvest date. It’s perfumy, robust yet balanced, bringing a theme of plums on parchment paper, Bing cherry and sweet herbs as bright tannins make for a long finish.