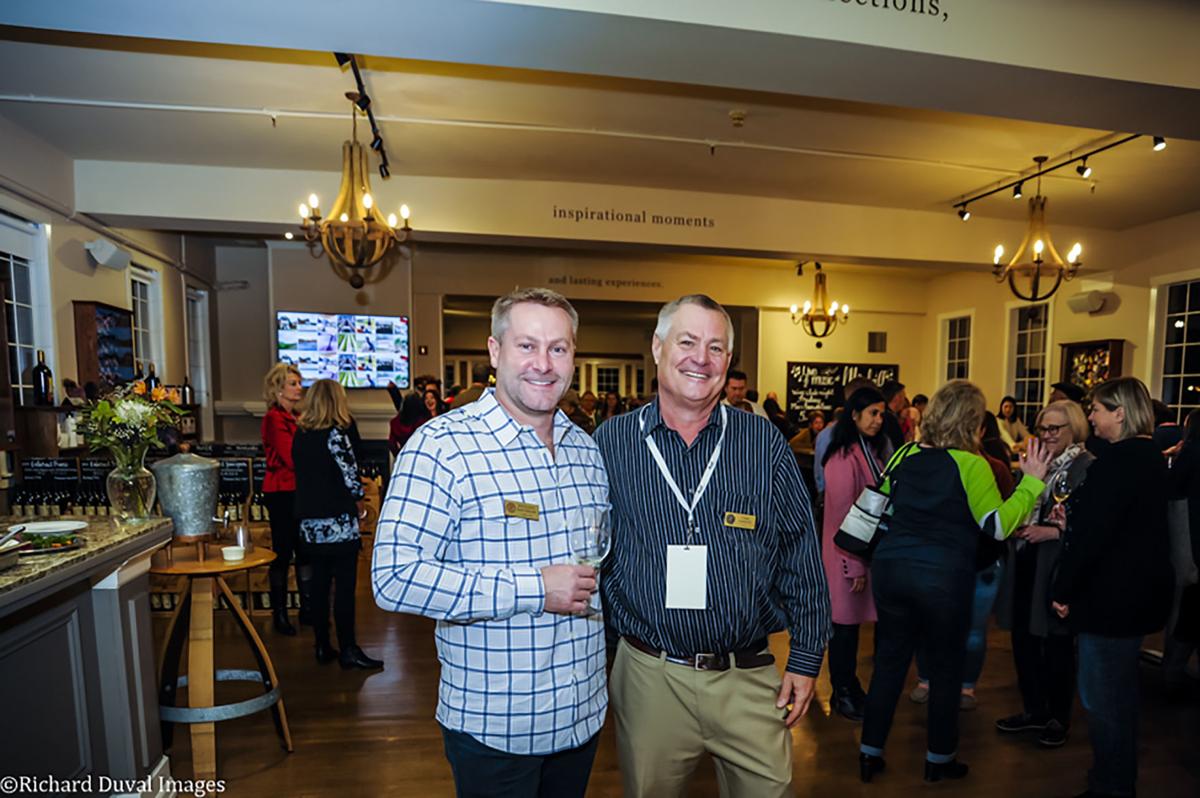 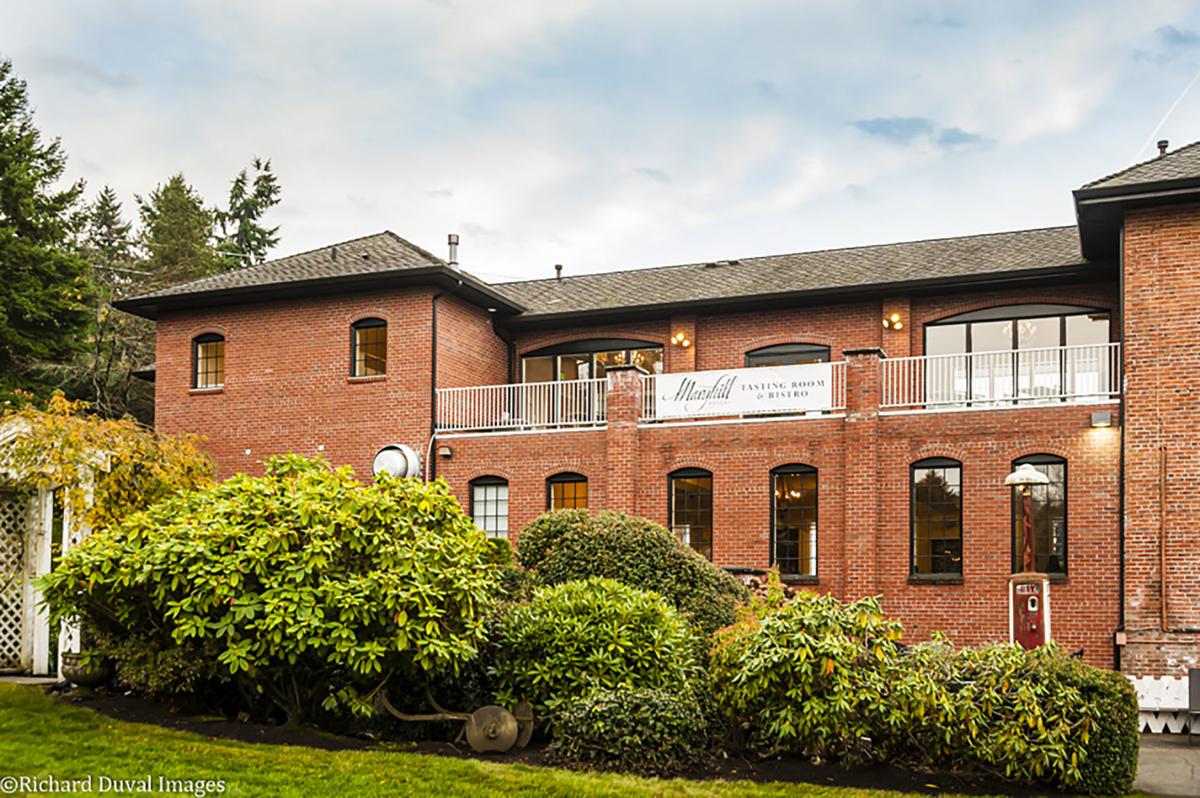 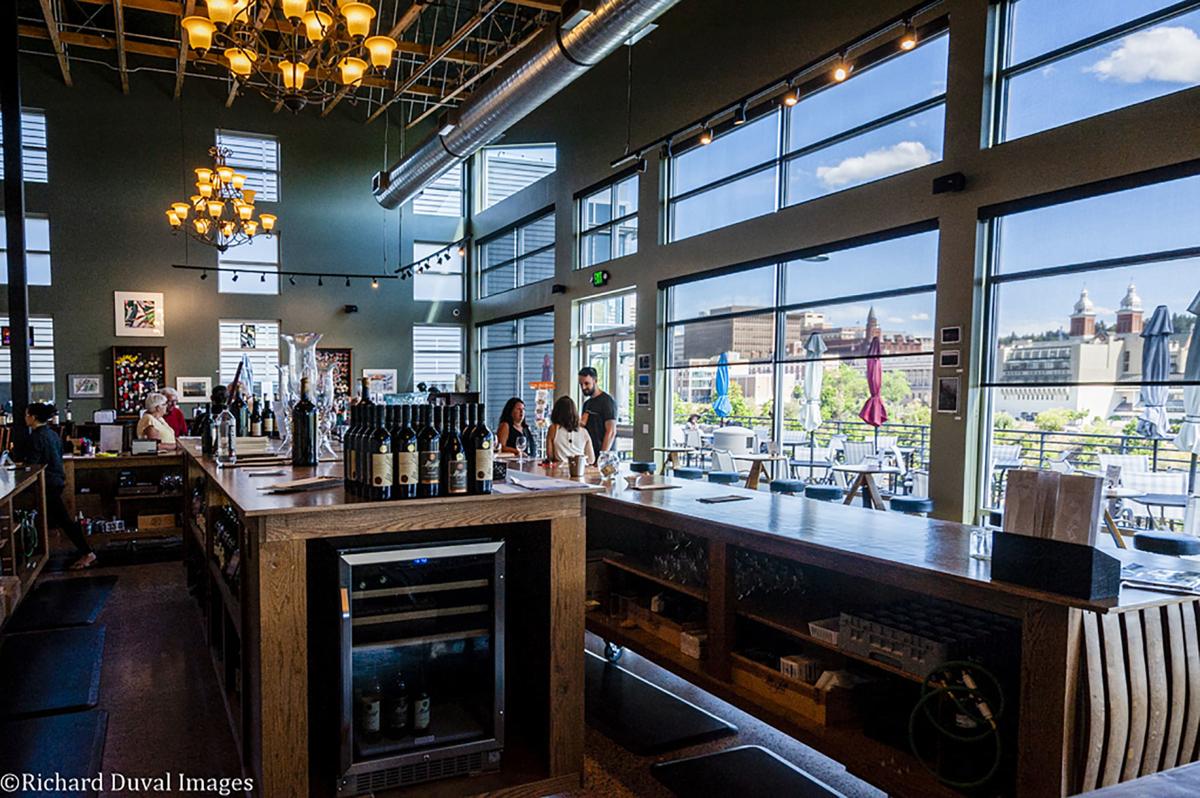 Craig and Vicki Leuthold opened their first satellite tasting room for Maryhill Winery in 2017 when they moved into Spokane’s young Kendall Yards development.

Craig and Vicki Leuthold opened their first satellite tasting room for Maryhill Winery in 2017 when they moved into Spokane’s young Kendall Yards development.

Craig and Vicki Leuthold will look back upon 2019 as an especially exciting time for their Maryhill Winery, a yearlong 20th anniversary celebration sparked by the opening of tasting rooms in Vancouver, and Woodinville.

Entry into the year-end judging staged by the Tri-City Herald requires that wine has received a gold medal at one of more than 50 competitions around the world during the previous 12 months. The latest Platinum proved that Batchelor and his longtime production manager, Dirk Richardson, are bottling more gold-medal winners than ever before.

The previous single-year mark of Platinum awards was 13, set two years ago by Maryhill. In fact, the Goldendale winery is on track to become the competition’s all-time leader. Its 76 career Platinums trail only Gehringer Brothers Estate Winery in Oliver, British Columbia, with 84.

The Leutholds became enchanted with the Washington wine industry while working and living in Spokane, which they still call home.

“Before this, I sold plastics raw materials for a Fortune 200 company, and that business helped introduce me to the wine business,” Craig said. “My territory included Walla Walla, and I would stop in tasting rooms at Woodward Canyon, L’Ecole, Waterbrook and Leonetti, back when it had a tasting room open to the public.”

In 1999, when the Leutholds launched Maryhill Winery overlooking the Columbia River near Goldendale, there were 125 wineries in Washington. This fall, the state surpassed 1,000 bonded wineries.

In 2009, the Leutholds hired Batchelor, a native of New Zealand with a background of winemaking in California’s acclaimed Napa Valley. He and Richardson team up to produce 80,000 cases of wine for the Leutholds, who now operate four tasting rooms. They opened their first satellite tasting room in 2017 at Kendall Yards just downstream from Spokane Falls.

Last spring, Maryhill entered the Portland area by opening a 5,000-square-foot tasting room in the $1.5 billion The Waterfront Vancouver USA project. A string of other Washington wineries saw the success of Maryhill and have since followed the Leutholds into downtown Vancouver.

In November, the opening of Maryhill’s fourth tasting room took the Leutholds into the Seattle market, and their lease of the historic Hollywood Schoolhouse in Woodinville prompted them to rebrand their business as Maryhill Winery Tasting Room & Bistro.

Below are Maryhill’s top five scoring wines from the 2019 Platinum Judging. Each received a unanimous vote among the judging panel for Platinum, a recognition that goes down as a “Double Platinum.” These top wines also reflect either a prized vineyard and/or a grape that’s not well known in the Northwest.

“We like showcasing more obscure varietals at Maryhill, and we’re all about education and expanding consumers’ palates and offering something they’ve never tried before,” Leuthold said.

For the complete list of Platinum winners, visit WinePressNW.com or pick up a copy of the Winter 2019 edition.

It is grown in the Yakima Valley by the Tudor family and stands elegantly alone here, offering classic notes of fig and lemongrass that are joined by dusty minerality. A sense of lanolin on the midpalate adds complexity, as does the zingy finish of lemon peel. Enjoy with seafood.

■ Maryhill Winery 2016 Painted Hills Tempranillo, Yakima Valley, $38: Of all the Platinums won by Maryhill over the years, this is its first for the famous Spanish red grape tempranillo. Provocative floral aromatics guide you straight into the glass.

Expressive and bright, it has layers of blackberry, marionberry and huckleberry fruit, hints of toast and leather, all backed by savory spice. It’s elegant through the long finish. Enjoy with lamb chops, pork or stew.

■ Maryhill Winery 2016 Elephant Mountain Cabernet Franc, Rattlesnake Hills, $38: Richard Batchelor does some of his best work with fruit off Joe Hattrup’s Elephant Mountain Vineyard above the Yakima Valley, and this is a rather opulent approach with cabernet franc.

Barrel-aged for 20 months in 55% new French oak, the nose begins with dark cherry, bramble, smoke and spice. Black cherries and cassis are joined by firm tannins and food-friendly acidity for a superb finish. Enjoy with meatloaf, game hens or stuffed peppers.

■ Maryhill Winery 2016 McKinley Springs Cinsault, Horse Heaven Hills, $42: One of Washington’s largest vineyards is the birthplace of this lesser-known red Rhône variety that shines in the hands of Batchelor. It’s a 100% example of cinsaut that spent 20 months in a barrel program of 40% new French oak.

Aromas of coffee and black fruit are joined by leather before velvety layers of blackberry and black currant come through with mouth-watering acidity for a forever finish. Serve with kabobs, pork loin or smoked salmon.

■ Maryhill Winery 2016 Elephant Mountain Marvel GSM, Rattlesnake Hills, $46: The GSM category ranked among the judges’ favorite flights, and this effort with Elephant Mountain fruit topped the rest. It leads with syrah (40%) and follows with grenache (32%) and mourvèdre after spending 20 months in a barrel program of 30% new French oak.

Alluring aromas of buttercrunch toffee, black fruit and smoked meat transition to a dense, rounded and polished drink of Damson plum, black cherry and cured meat. The Leutholds are on the record as naming this one of their two favorite wines that Batchelor produces for them. Enjoy with tomato-based dishes, roasted chicken or flatbreads.