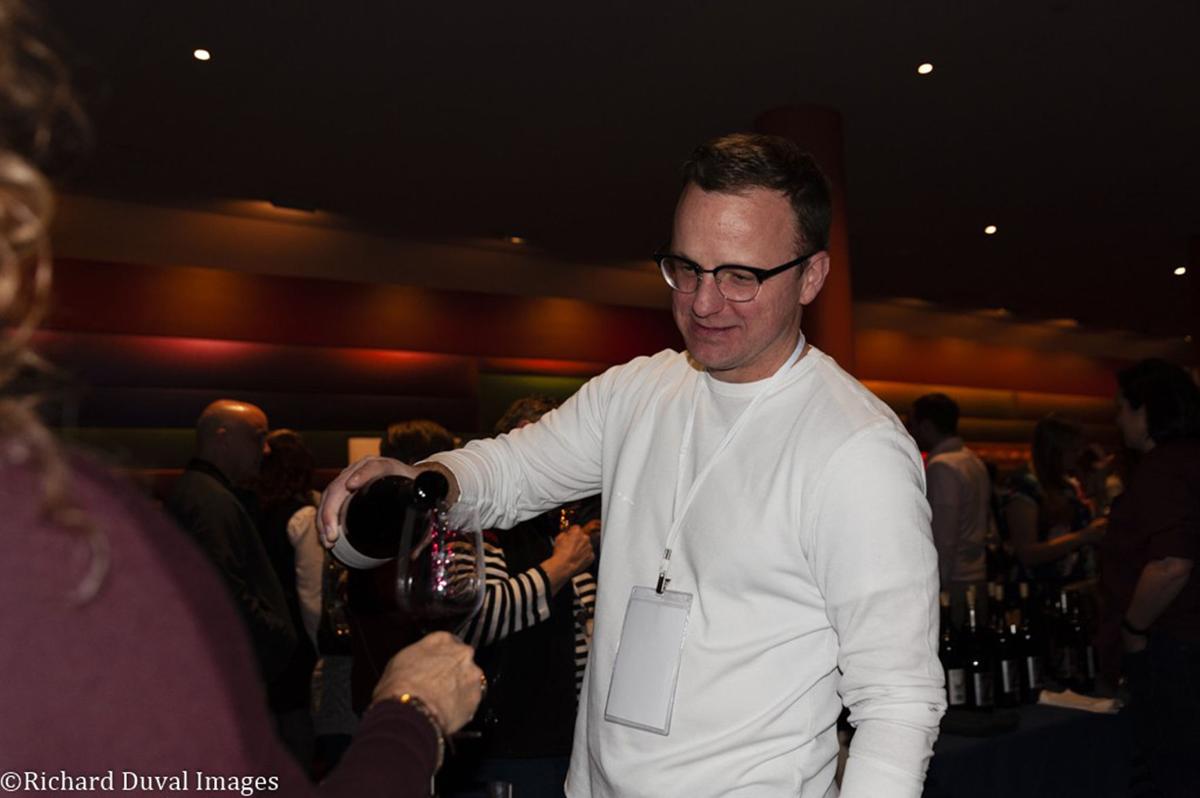 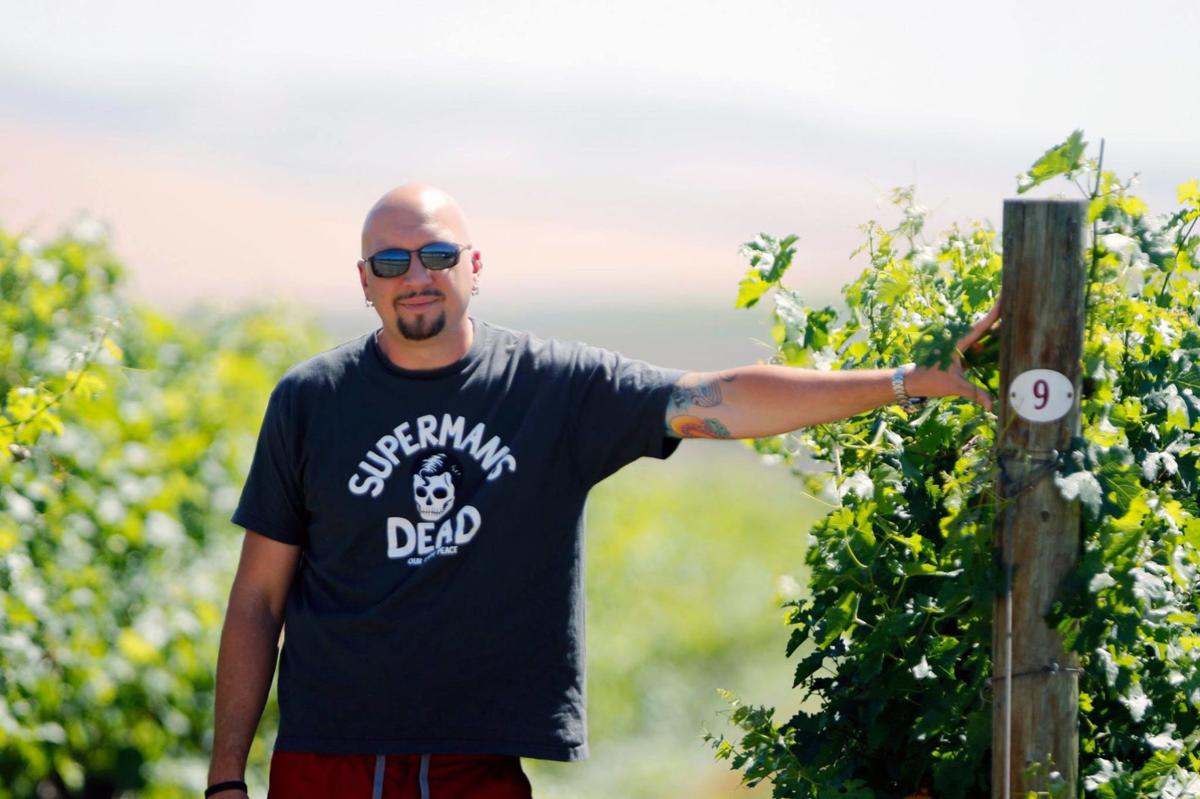 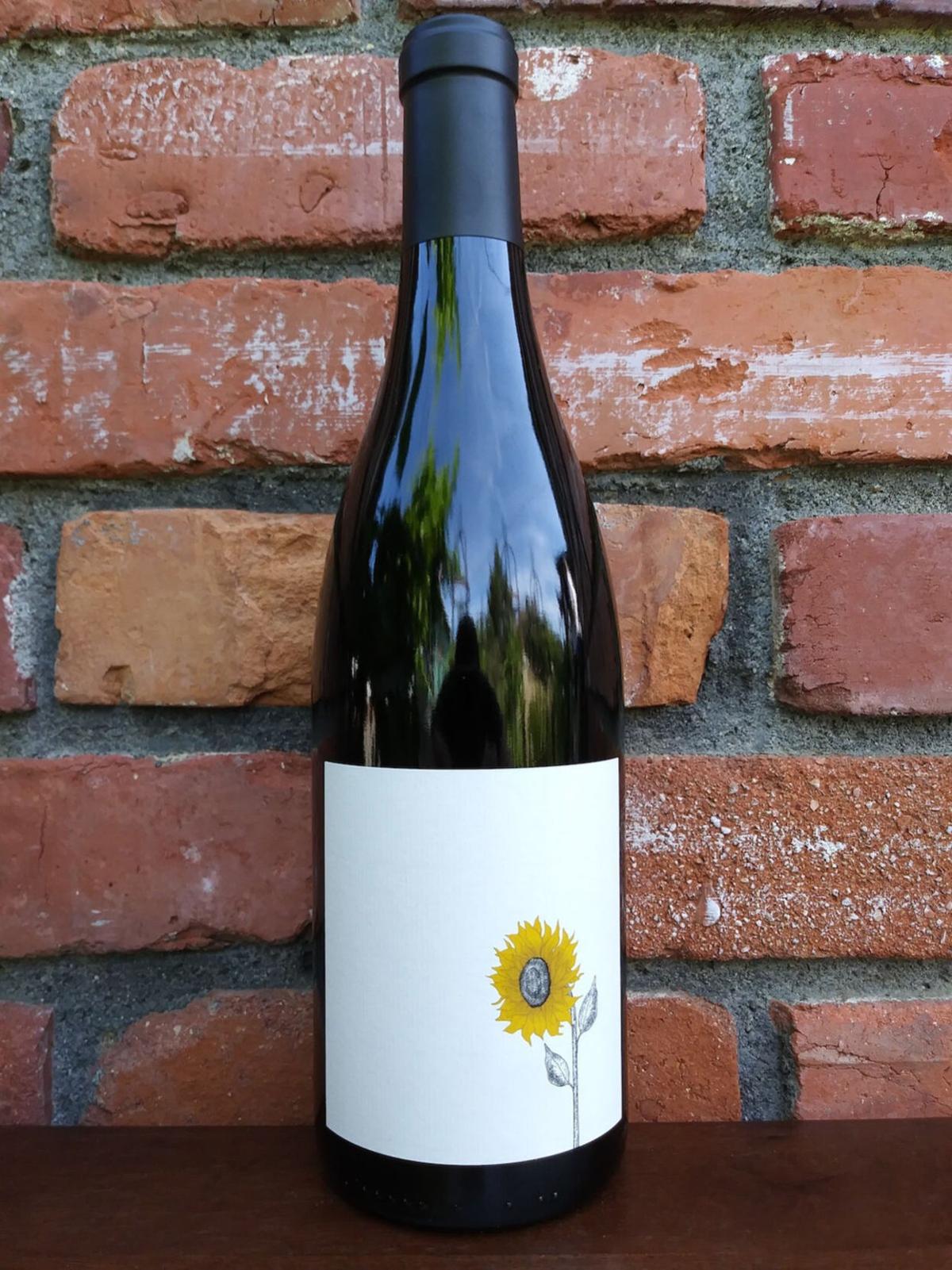 The Elephant Seven Wine 2018 Yellow Bird Vineyard Grenache was voted as the best of show at the 2020 Walla Walla Valley Wine Competition. 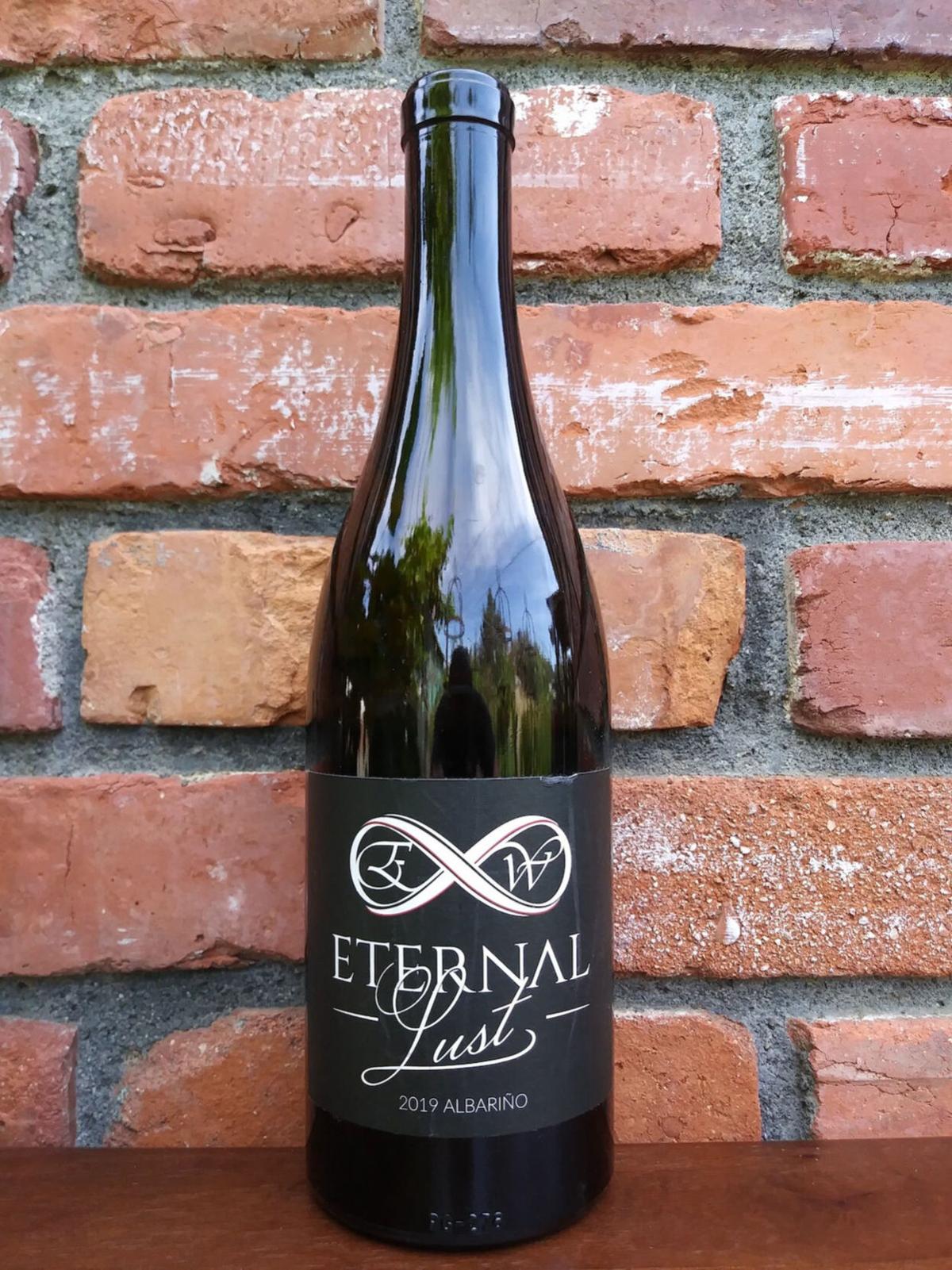 The Eternal Wines 2019 Lust Albariño was voted as the best of white wine at the 2020 Walla Walla Valley Wine Competition. 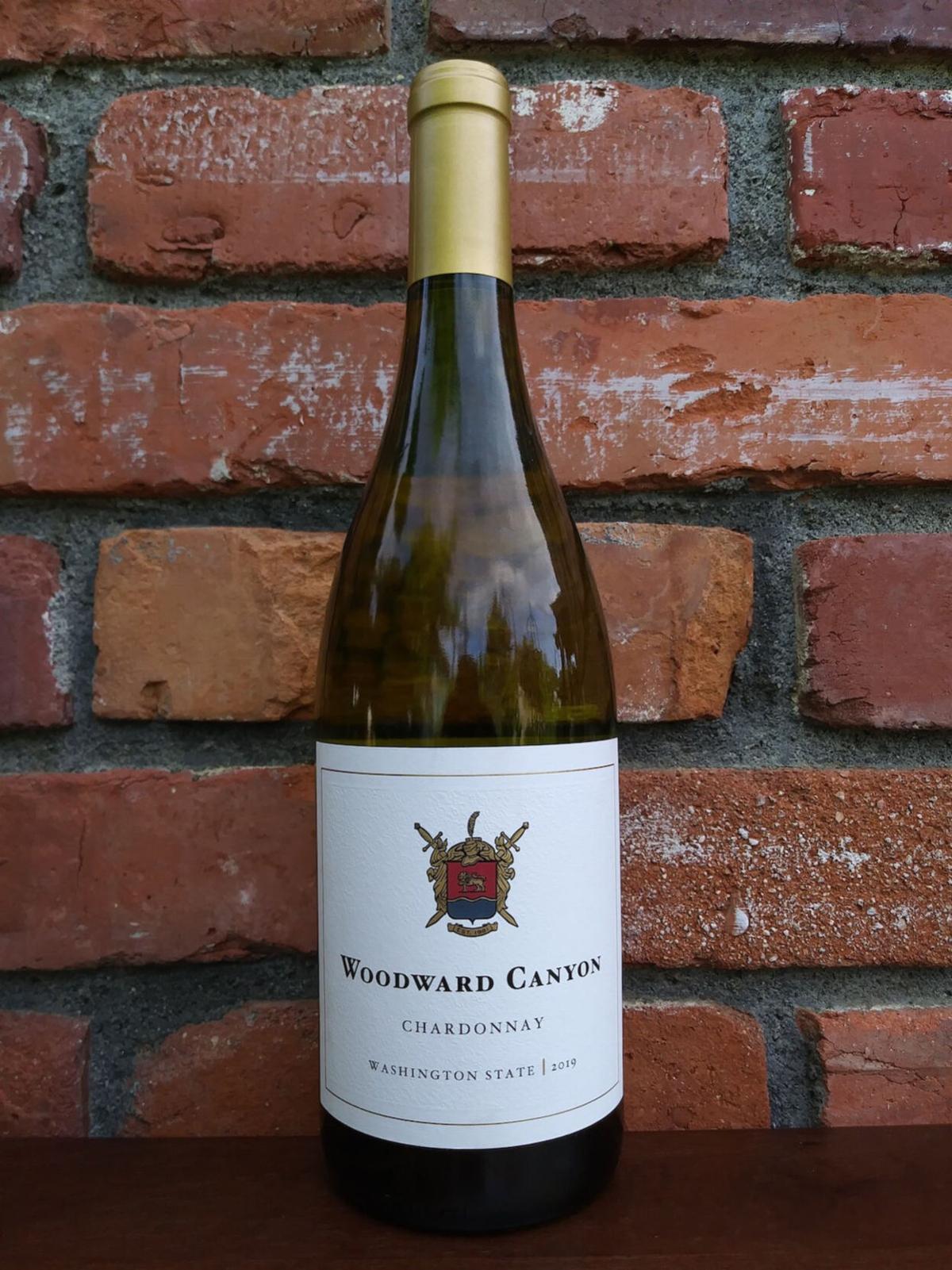 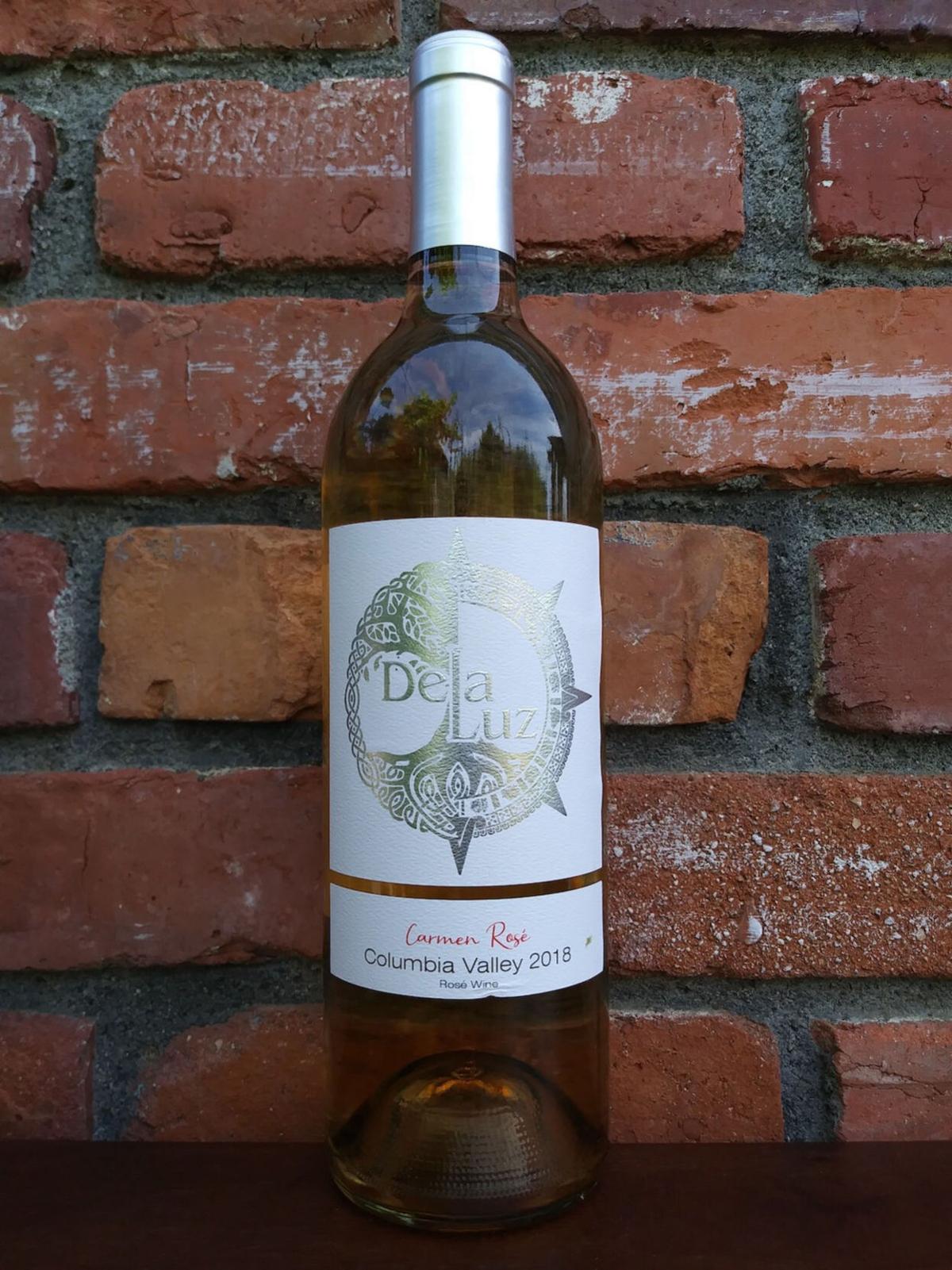 The de la Luz Wine 2018 Carmen Rosé was voted as the best rosé at the 2020 Walla Walla Valley Wine Competition.

The Elephant Seven Wine 2018 Yellow Bird Vineyard Grenache was voted as the best of show at the 2020 Walla Walla Valley Wine Competition.

The Eternal Wines 2019 Lust Albariño was voted as the best of white wine at the 2020 Walla Walla Valley Wine Competition.

The de la Luz Wine 2018 Carmen Rosé was voted as the best rosé at the 2020 Walla Walla Valley Wine Competition.

Josh West of Elephant Seven Wine in downtown Walla Walla has a pretty good idea what he’ll hear from vineyard manager Kenny Hart when the news breaks about the best wine at the 2020 Walla Walla Valley Wine Competition.

The E7 2018 Yellow Bird Vineyard Grenache cruised through the sweepstakes and stood out on top, picking up a double gold medal — a rare unanimous vote for gold among judges — along the way. In the world of grenache, it’s rare to find a bottle priced at $30, especially one that carries the magic from famed Mill Creek Road and farmed by Hart.

“Kenny has been griping that I’ve priced that too low,” West said with a chuckle. “I suspect that will change a bit next year, but it’s important for us to keep our prices reasonable and competitive.”

West, 41, grew up in Cleveland, Ohio, and graduated with degrees in economics and mathematics at Kent State and the University of New Mexico. He maintains a career as a commodities trader to help fund Elephant Seven, a project he operates in downtown Walla Walla with his wife, Cheryl.

“Along the way, we’ve visited wine regions around the world and always have loved the big hitters from the Rhône Valley, especially syrah because of the sense of place that you get in them,” West said. “To me, terroir is the single most romantic thing about wine.”

That shared interest in those French varieties grown in this famous corner of the Pacific Northwest lured the Wests to the Walla Walla Valley, where they opened a tasting room just a few weeks before their best-of-show grenache was harvested.

The Walla Walla Valley Wine Competition serves as a scholarship fundraiser for College Cellars, the teaching winery at Walla Walla Community College, and the talent among its alumni shined brightly again this year. West graduated from the program, led by instructor Tim Donahue, in 2014.

“I love it,” Binko said. “That’s great company, and I’ll take that news any day of the week.”

Included in that showing by the sommelier from New York was his Eternal Wines 2019 Lust Albariño, which won the award as the best white wine of the judging. He’d never worked with the Spanish variety before, but his friend, Sean Tudor of Otis Vineyard in the Yakima Valley, talked him into it.

“I had no plans of making it, and now he’s got me hooked on it,” Binko said. “We haven’t even officially released it, and it’s almost sold out because a wine club in California bought 25 cases for their members. To have a sale like that is great for me, especially in these times.”

For Hart, whose list of customers includes Dunham Cellars and Walla Walla Vintners, his own brand, Tulpen Cellars, also shined in the competition as he won best of class with his 2016 Tokar Vineyard Cabernet Sauvignon. It was an especially strong field, featuring some of the top examples of what has become Washington’s signature grape.

Victor de la Luz has been making wine in the Walla Walla Valley since 2012, but he recently took over as the head winemaker at Gordon Estate, a historic vineyard that overlooks the Snake River near Pasco. He charmed the judging panel with his fresh 2018 Carmen Rosé, which he made with grenache from Lawrence Vineyard in the Columbia Basin and named for his mother.

“She is an amazingly strong woman, and I am honored to be able to name my first de la Luz wine rosé after her,” he said.

In the eight-year history of the Walla Walla Valley Wine Competition, more than $12,000 for student scholarships has been raised for WWCC’s Institute of Enology and Viticulture. Many of these wines are produced in small lots from boutique wineries, so the window of their availability is far from wide open. Such is the case with West’s best-of-show grenache.

“We released it in May and it’s gone very quickly,” West said. “We made 150 cases of it, and probably about 75 percent of it is sold already. It’s always a crowd-pleaser.”

Find the full results at GreatNorthwestWine.com. Ask for these wines at your favorite wine shop or contact the wineries directly.

■ Elephant Seven Wine 2018 Yellow Bird Vineyard Grenache, Walla Walla Valley, $30: Grenache is one of the most expensive grapes for Northwest winemakers to get their hands on, and Josh West has his source for the Rhône red beauty locked up in Yellow Bird Vineyard. It’s all about red fruit that’s ripe and juicy with descriptors such as strawberry, cherry jam and currant. Baking spices such as clove and pepper are delivered alongside sublime tannins for a toothsome drink. A woman on the judging panel described it as “very flirty, like a cheerleader.”

■ Eternal Wines 2019 Eternal Lust Albariño, Columbia Valley, $29: Sommelier-turned-winemaker Brad Binko sources from one of Washington’s most historic sites — Otis Vineyard in the Yakima Valley — for this extraordinary example of albariño. This wine is all about brightness, led by stone fruit and lime as a touch of roundness reminiscent of apple pie transitions to a finish of minerality and lemon zest.

■ De la Luz Wine 2018 Carmen Rosé, Columbia Valley, $20: Victor de la Luz counts some of Washington’s most famous winemakers as his mentors, and he earned a gold medal in this competition several years ago for a rosé made for a client. This pink wine from grenache comes through with ripe tropical fruitiness with a slightly rich and creamy style, featuring mango, strawberry and papaya that’s finished with panache.

■ Castillo de Feliciana Vineyard & Winery 2018 Brillanté Sparkling Albariño, Columbia Valley, $41: Christopher Castillo is a 2012 graduate of College Cellars in Walla Walla and makes the wine across the stateline in Milton-Freewater, Ore. Tempranillo has been a focus for his program, so it makes sense that he works with the Spanish white grape albariño for a fun and frothy sparkling wine. Aromas of angel food cake, dusty white peach and pineapple include notes of bread crust. There’s an abundance of bubbles, which create a beautiful mousse that delivers a delicious ride of fresh orchard fruit, capped by Asian pear.

■ Tulpen Cellars 2016 Tokar Vineyard Cabernet Sauvignon, Walla Walla Valley, $42: Kenny Hart manages some of the top vineyards in the Walla Walla Valley, and Tokar Vineyard is a tiny and older site that’s dry-farmed along Mill Creek Road. In the past decade, Hart has created a cult following for his own wines, a brand he named after the German word for tulip. This cab is remarkably complex with big aromas and gorgeous flavors of black cherry, blackcurrant, dark strawberry, mint and eucalyptus, framed by sandy tannins and beautiful notes of earth and graphite. One judge described it as “perfect.”

■ Woodward Canyon Winery 2019 Chardonnay, Washington State $44: Even though Rick Small is most famous for his cab program, his chardonnay ranks among the best in the Pacific Northwest vintage after vintage. Old vines at the Small family Woodward Canyon Estate Vineyard and Celilo Vineyard in the Columbia Gorge have been the backbone of his program, and the delicate use of French oak makes for a chardonnay of finesse. Aromas of lemon bar, dusty Bosc pear and light butterscotch lead to flavors of apricot compote, melon and Gala apple with balanced acidity.