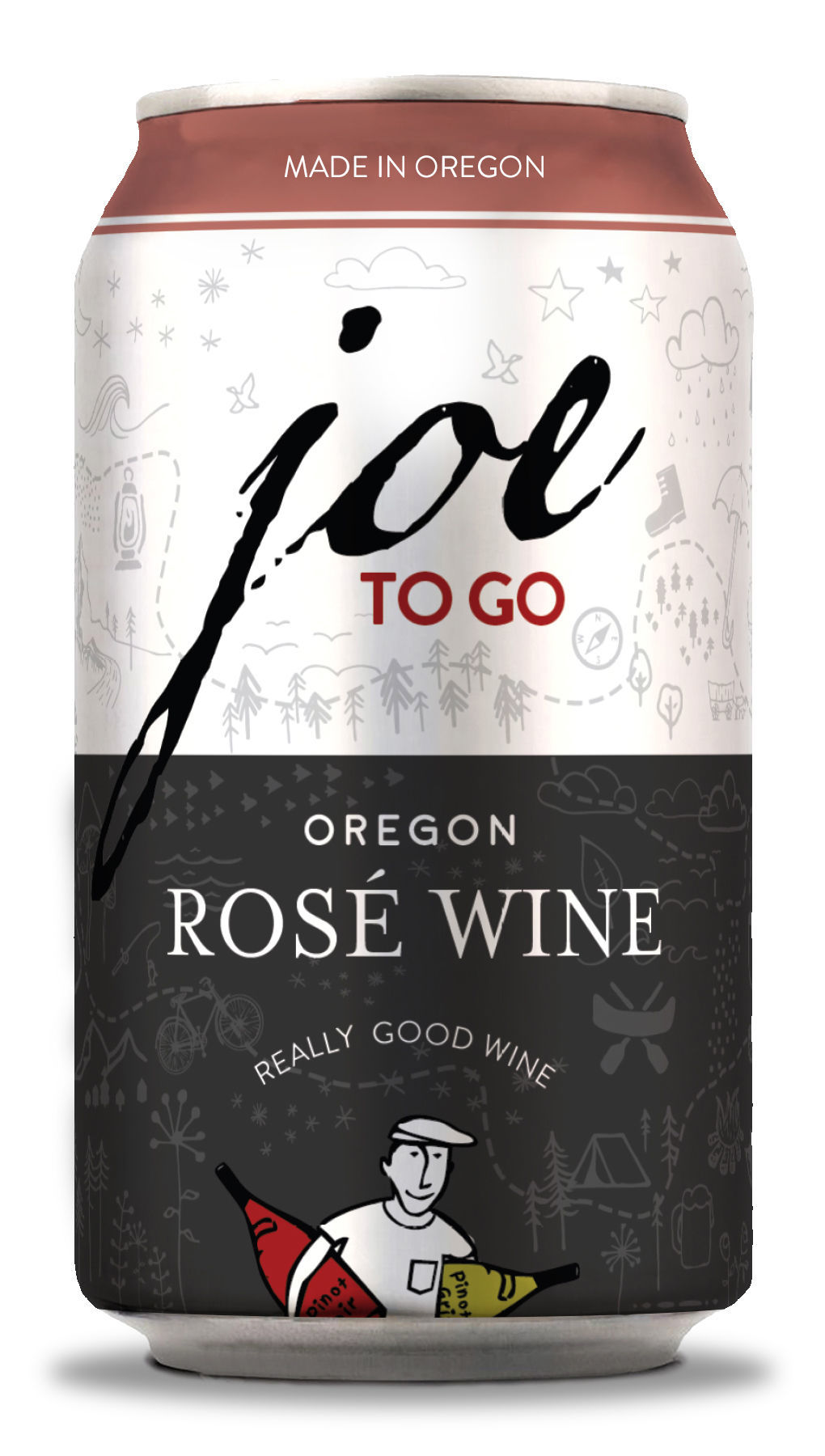 Joe to Go is the tier of canned wine from Wine By Joe, a company in Dundee, Ore., founded by renowned winemaker Joe Dobbes. 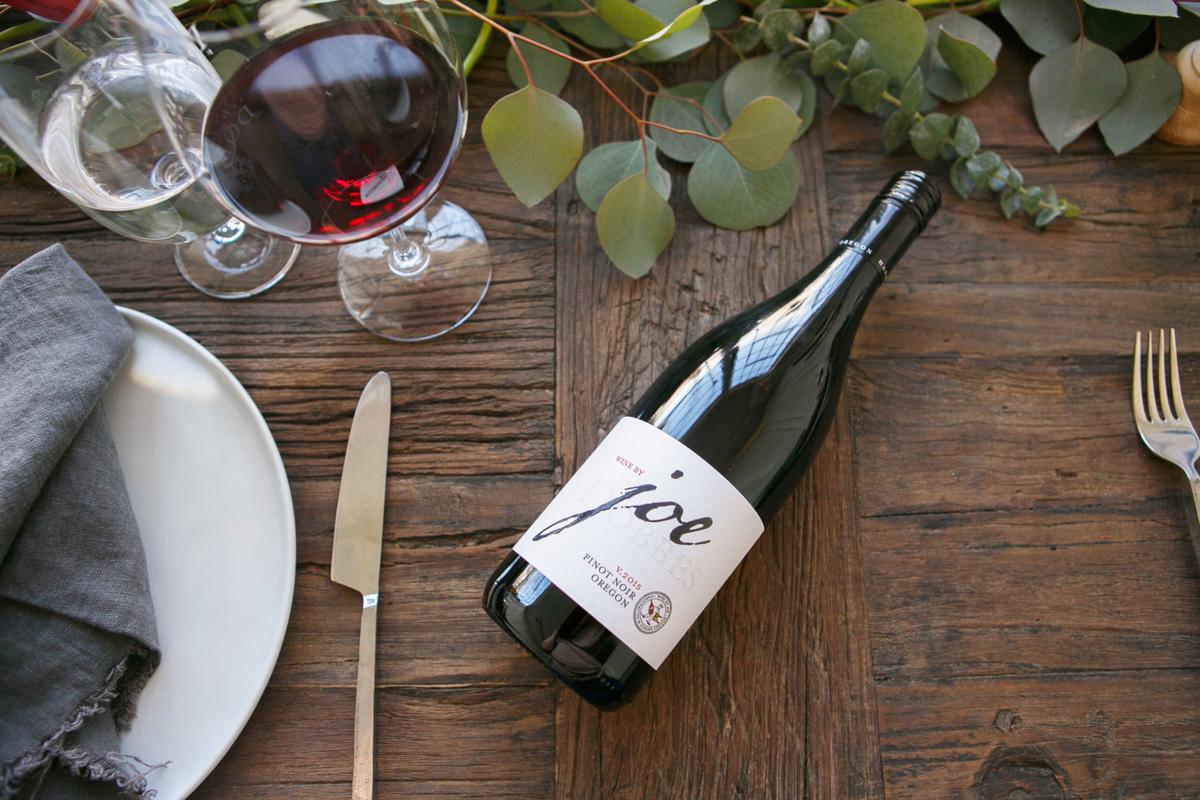 Wine By Joe, a sister company of Dobbes Family Estate, produces a delicious pinot noir at an affordable price.

Joe to Go is the tier of canned wine from Wine By Joe, a company in Dundee, Ore., founded by renowned winemaker Joe Dobbes.

Wine By Joe, a sister company of Dobbes Family Estate, produces a delicious pinot noir at an affordable price.

His name is still on the bottle, as well as many cans, and because Joe Dobbes placed the right people in charge, the winery and brands he created continue to succeed in downtown Dundee, Ore., and beyond.

In 2017, Dobbes publicly mapped out his retirement from Dobbes Family Estate and Wine by Joe. As a result, Gretchen Boock, Dobbes’ first hire back in 2002, was promoted to CEO. Andy McVay, who arrived in 2008, moved up into the head winemaking position.

Combined, they produce more than 200,000 cases of Oregon wine, pulling from both the Willamette and Rogue valleys, including Seabreeze Estate Vineyard, a 214-acre planting just west of the Eola-Amity Hills in the recently established Van Duzer Corridor American Viticultural Area. Two years ago came the Joe To Go canned wine project.

Dobbes and his talent helped raise the profile of Willamette Valley Vineyards, and his work in Southern Oregon for the sister Griffin Creek label created relationships that have endured. That’s why syrah, viognier and grenache blanc from the Rogue Valley remain part of the Dobbes Family Estate portfolio.

The ability to scale up production led to the creation of Wine by Joe, remarkably priced examples of pinot noir, pinot gris, pinot blanc, chardonnay and rosé that are made with fruit from both ends of Oregon as the labels and cans so proudly display. That’s why they appear on the bottle — or can — with “Oregon” listed as the American Viticultural Area.

McVay’s responsibilities include wines named for the three people who are most important to Joe: wife Patricia Dobbes, daughter Amelia and son Griffin. Ameila joined the Dobbes Family Estate marketing team in 2018 after graduating from Oregon State University. The Corvallis school has been a pipeline for Dobbes with Boock and McVay as proud graduates.

Dobbes Family Estate and Wine By Joe are within the portfolio of Bacchus Capital Management, a group based in the Bay Area that invests in family-owned wineries and wine businesses in the U.S. In 2017, Dobbes, a rather silent part-owner in the empire he built, launched a post-retirement business: Dundee Mobile Bottlers, whose motto is “For winemakers by winemakers.”

During blind-tastings staged during the winter, Dobbes Family Estate earned an invitation to pour its wines at the 34th annual International Pinot Noir Celebration in McMinnville. Organizers decided to postpone rather than cancel the lineup, so Dobbes and the others will be part of the program in July 2021.

Here are several Dobbes wines that our panels have judged blind and enjoyed in recent months. Some can be found at regional grocers and bottle shops or they can be ordered from the winery.

■ Dobbes Family Estate 2017 Vista Hills Vineyard Pinot Noir, Dundee Hills, $67: Grapes from the Dundee Hills rank among the most coveted in Oregon, and the profile of this vineyard skyrocketed in 2018 when movie director/winery owner Francis Ford Coppola bought the 42-acre property. Dobbes winemaker Andy McVay turned his lot into eight barrels of a wine that’s suave and pleasing, starting with aromas of blueberry jam, black cherry, fresh-ground nutmeg and moist earth. It’s supple, juicy and fleshy as blueberries and cherries mix with elegance, capped by orange zest in the finish. Suggested pairings include grilled meats, foie gras and soft cheese.

■ Dobbes Family Estate 2017 Grand Assemblage Syrah, Rogue Valley, $30: Fortmiller and Sundown vineyards, overseen by the Moore family in Southern Oregon, have been part of Dobbes’ resources for years. This is unmistakable syrah, starting with its fascinating nose of wild game, black fruit and gun metal. The flavor combination of blueberry and pomegranate make for a big, juicy and racy drink that’s ideal for barbecue fare and smoked Gouda.

■ Wine By Joe 2016 Pinot Noir, Oregon, $19: Joe Dobbes launched this second label following the recession after the 9/11 attacks to help get Oregon pinot noir into more hands at an affordable price. Rather than declassified juice, his disciples now can pull from Seabreeze Estate Vineyard, a 214-acre estate site in the Van Duzer Corridor. And it’s rare to find a pinot noir that’s as easy to get into as this price. Black cherry jam, blueberry, baking spice and freshly sliced mushroom help describe the aromas. There’s more cherry jam and pink strawberry on the palate as raspberry and red currant add succulence ahead of a finishing lick of lavender and Simpkin Blackcurrant Travel Sweets.

■ Joe to Go NV Rosé, Oregon, $7: Wine by Joe continues to grow into the canned space with its Joe to Go brand. Pinot noir and pinot gris both play roles in this brisk and refreshing rosé that is surprisingly bone-dry in its approach and Provence in its appearance. Aromas of strawberry shortcake, white peach and tangerine lead to mouthwatering flavors of pink raspberry and strawberry-rhubarb compote. Joe to Go is available in more than 30 states.