You are the owner of this article.
Edit Article Add New Article
You have permission to edit this article.
Edit
Home
News
Election 2020
Bottom Line
Sports
SCENE
Photos & Video
Opinion
Obituaries
Unleashed
Classifieds
The Vanished
1 of 6 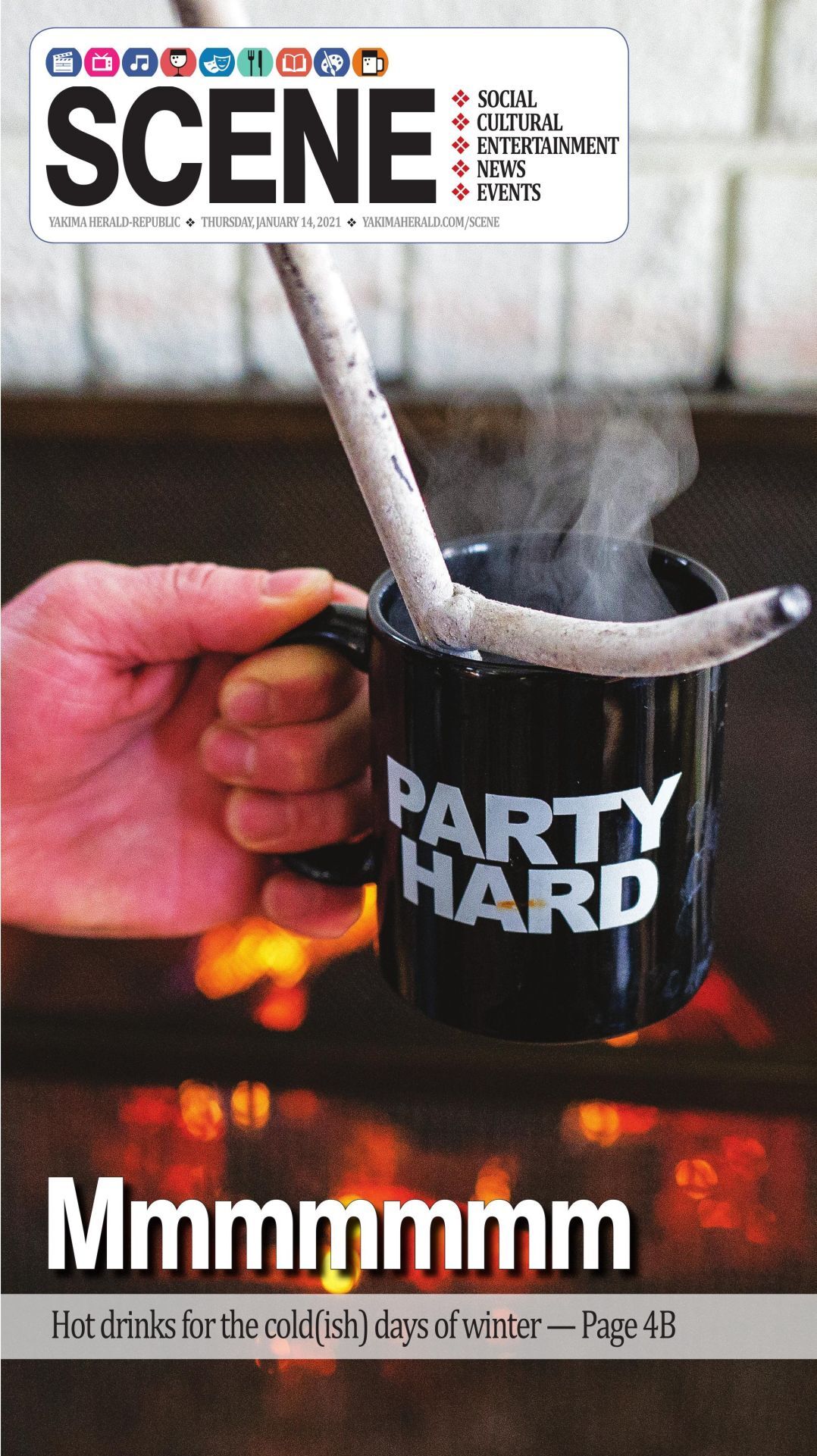 A hot poker is used to heat a hot buttered rum. 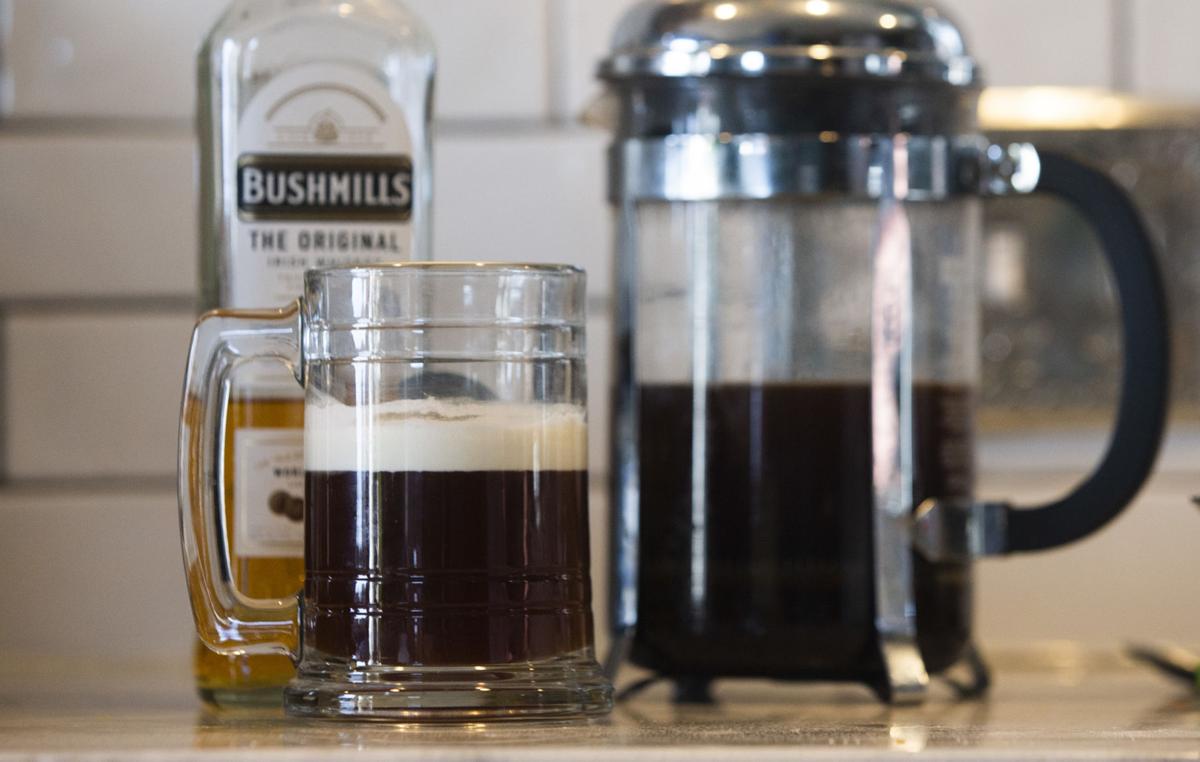 A layer of cream floats on top of a mug of Irish coffee. 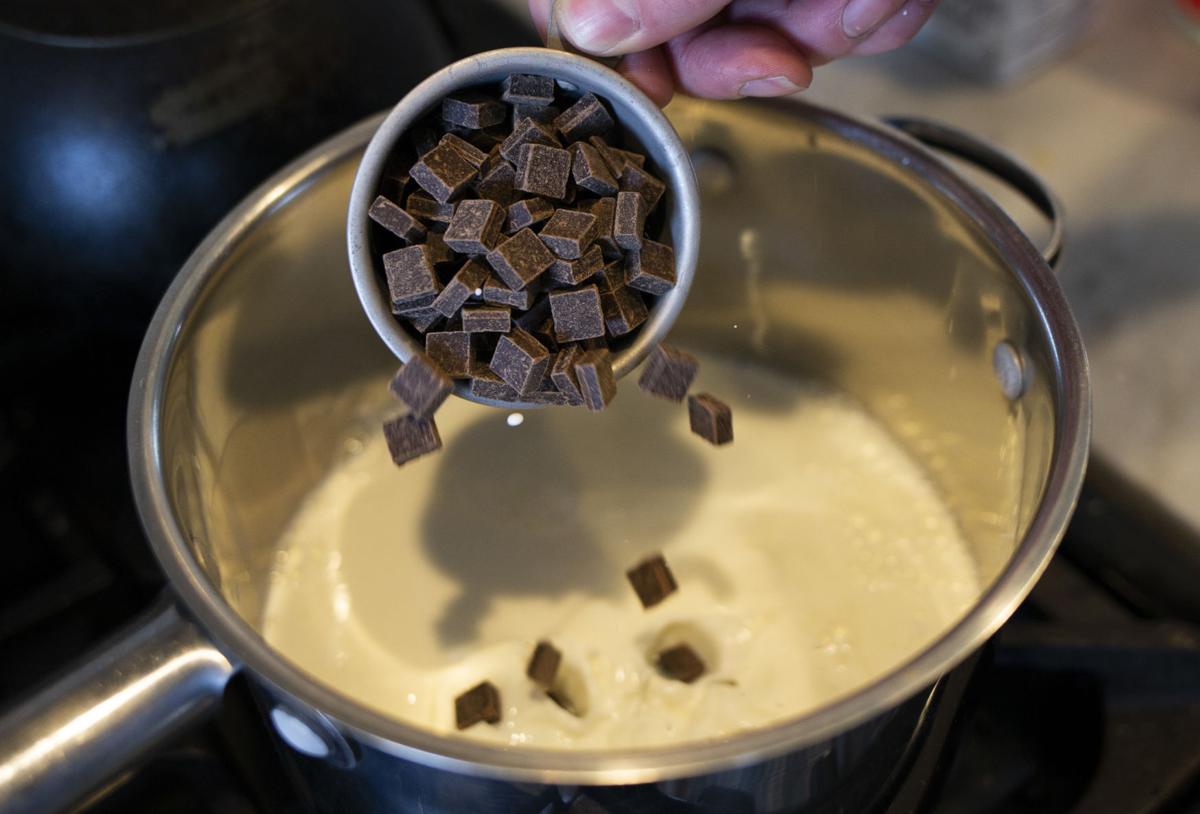 Chocolate is melted into cream in the process of making a mug of hot chocolate. 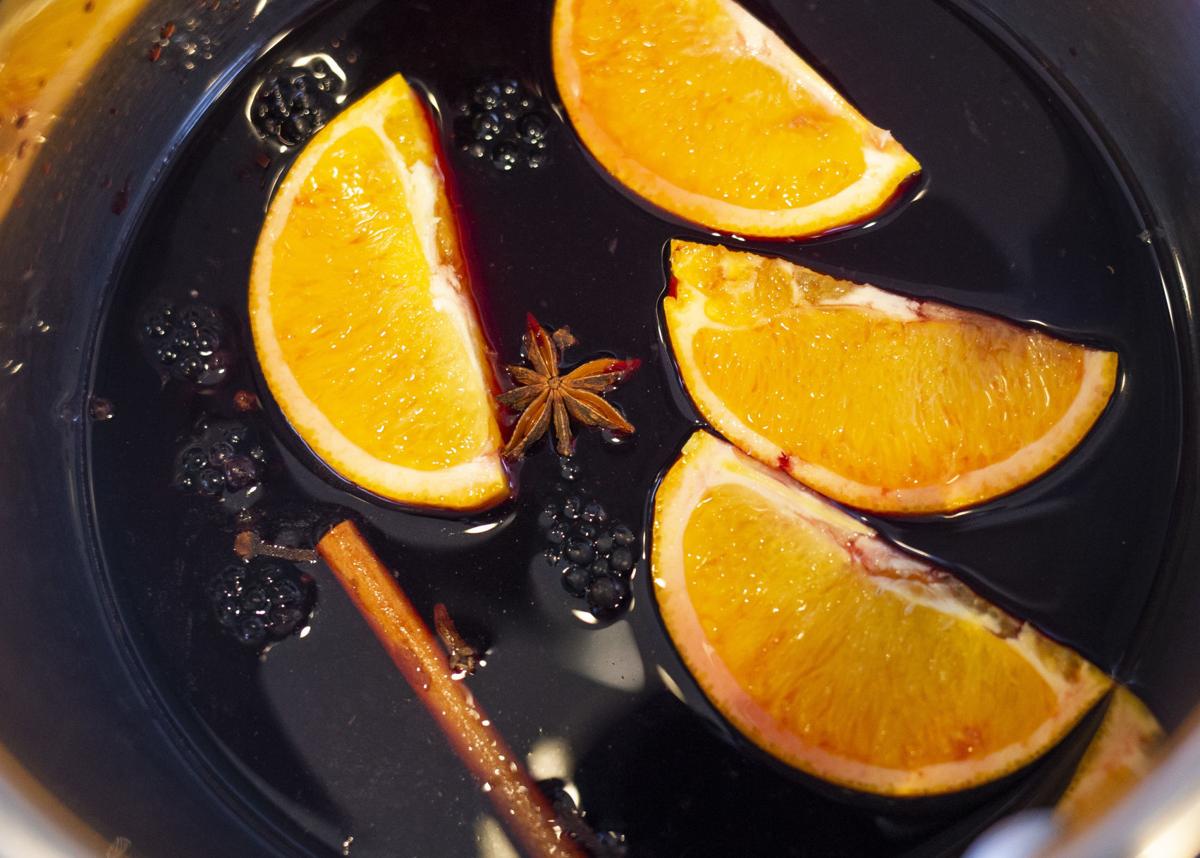 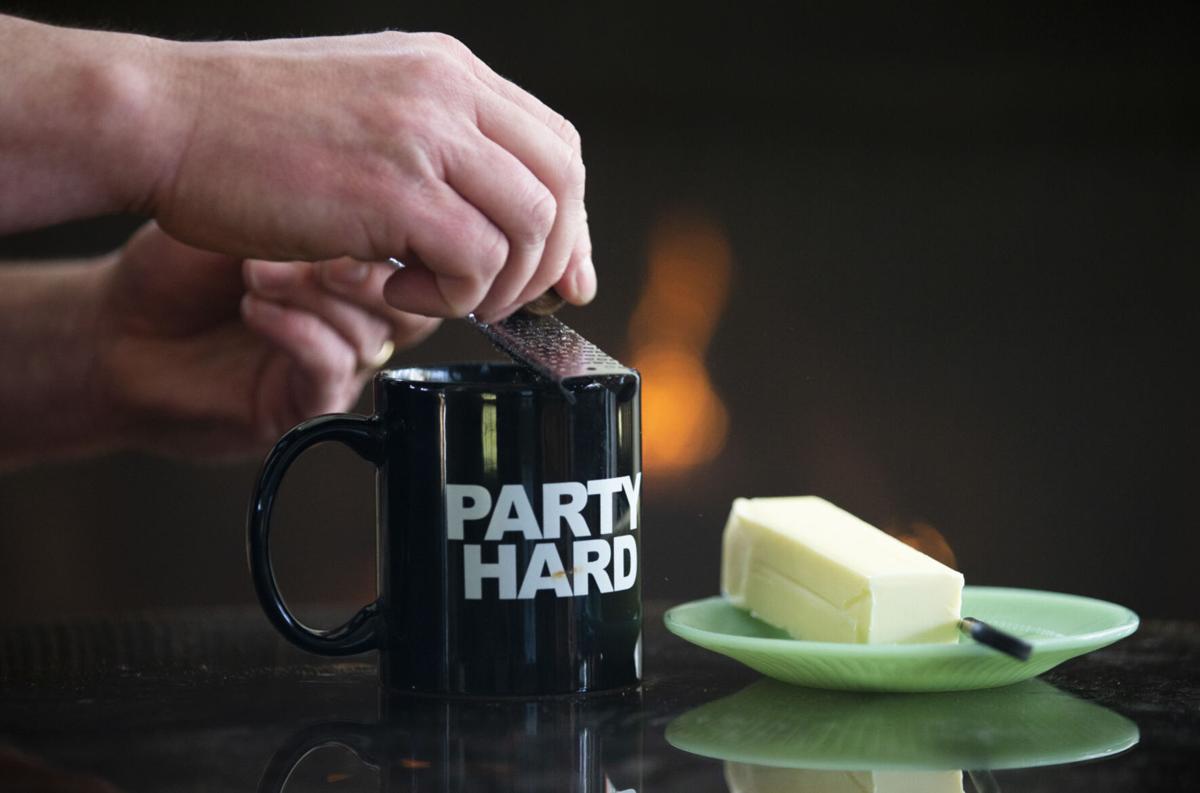 Nutmeg is grated into a mug of hot buttered rum. 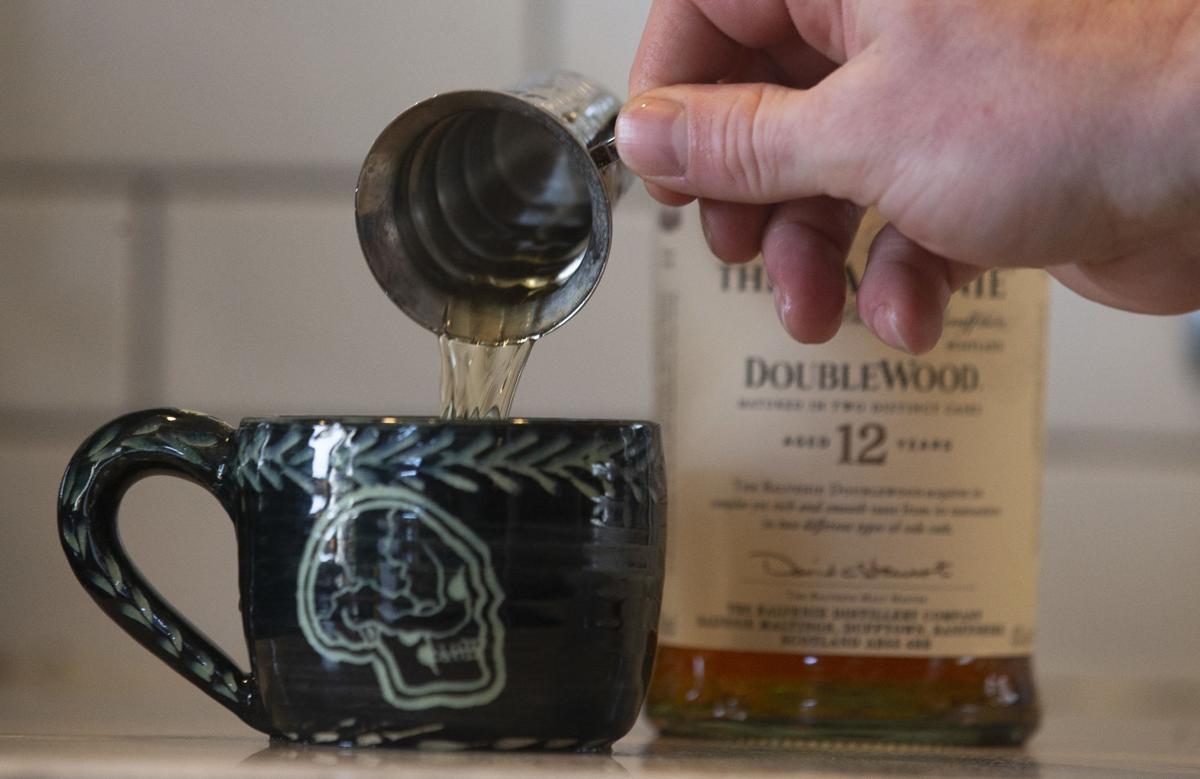 Whiskey is poured into a mug during the process of making a hot toddy.

A hot poker is used to heat a hot buttered rum.

A layer of cream floats on top of a mug of Irish coffee.

Chocolate is melted into cream in the process of making a mug of hot chocolate.

Nutmeg is grated into a mug of hot buttered rum.

Whiskey is poured into a mug during the process of making a hot toddy.

The first half of winter is the half with the holidays, the good feelings, the brotherhood of man, the sisterhood of woman, the siblinghood of human, the lights, the trees, the first snowfall, the eggnog at Christmas, the Champagne on New Year’s Eve, the gifts, the “Auld Lang Syne,” all of that.

Then that part’s over and, awwww dammit, it’s still winter. For like two more whole months. Two months of monochromatic gray. It’s not even cold this year, but that might be worse. It’s just a damp, kind-of-chilly purgatory we’re stuck in until spring. On top of which, there’s a novel coronavirus that no longer seems all that novel, and we’re essentially unable to socialize in person with anyone outside our own households.

Hooray! It really is depressing.

If there is solace to be found during this unending parade of leaden days, this soul-deadening expanse of limp winter, it is in small pleasures. A classic movie you’ve seen so many times it now serves more as a comfort than an entertainment. A blanket fresh from the dryer. Your loyal dog meeting you at the door after your monthly grocery excursion. Like that.

And, of course, in the consumption of treats. And given that this is winter, even if it feels at times more like the worst autumn of all time, the treats I’m going to recommend are hot drinks. There are three alcoholic drinks on the list and two nonalcoholic drinks. The two categories serve similar but distinct purposes. Both will physically warm you, and both taste good. But those in the former category have the added advantage of, you know, getting you all crunked up. Or at least a little artificially happy. Those in the latter category can’t do that, but they’re similarly indulgent in different ways; they’re rich and delicious without the hangover, which is great for nondrinkers and those doing the Dry January thing.

Half a tablespoon (or maybe a tiny bit more) unsalted butter

If you’ve had a hot buttered rum at a restaurant or at your aunt Ethel’s Christmas party, you’re thinking of something different. Those are made with a rich, spiced batter consisting mostly of emulsified butter. They’re good, sure, but a little thick and a little, uh, batter-y. Like you’re drinking an uncooked pancake with some rum in it. This version is how the drink began its life: simple, to the point.

You can make it one of two ways. The first is simpler and saner. You boil some water, you put it in a mug (preheated with a little boiling-water rinse) and stir in the rum, sugar and butter. Then you grate some nutmeg over the top of it. Bing, bang, boom. The second method, which dates to the days when stuff like this seemed normal, is that you build a fire in the fireplace and stick the end of your fire poker in there and leave it there so it gets white-hot. Then you put the water, sugar and rum in the mug. Then you put the hot poker in the mug, which will sizzle and steam and generally make you feel like a cool frontiersperson. Then you add the butter and grate the nutmeg. The hot-poker method is employed in the photo on the cover of this section (and, yes, that is an official Andrew W.K. “Party Hard” mug in that photo; ol’ Mr. Wilkes-Krier DEFINITELY would go with the hot-poker method). It doesn’t make the drink better in any way except that it’s more fun.

2 ounces single-malt Scotch (or robust Irish whiskey such as Redbreast, or funky Jamaican rum, or Cognac, or ...)

I used to make these with a whole bunch of lemon juice and cloves and other business. But the dean of cocktail geeks himself, David Wondrich, has spent years now preaching the gospel of the simple, authentic toddy. And I’ve finally come around. (Though, Wondrich would no doubt point out that my inclusion of lemon peel technically makes it a “skin” not a “toddy.” Whatever. Try asking someone if they’d like a whiskey skin. They will not know what you mean.) Anyway, he’s right; simpler here really is better.

You start by boiling water. Then you prep your mug with a boiling-water rinse so it stays hot. Then you add the sugar and an ounce of hot water and stir to dissolve the sugar. Then you add the Scotch (or whatever) and another ounce or two of hot water and stir again. You can, at any point, add a lemon peel. Or don’t. That’s also fine. It’s delicious either way and beats lemon juice, which takes over the drink and makes it too acidic, by a mile. You could, if you wanted, add spices. But why?

If I have a hot buttered rum or a hot toddy, there’s about a 1 million percent chance I’m taking a nap shortly thereafter. In fact, I’ve been known to nod off with a few sips left in the mug. (Note: If this happens to you, you can finish it when you wake up but it won’t be all that good.) An Irish coffee, on the other hand, is a hot drink that’s invigorating. You can drink one — ONE — and still get things done afterward. You’ll be chipper about your task, even.

In a mug (a glass one if you’ve got it, to better display the way-cool layered cream thing) mix the whiskey, coffee and sugar. Then gently spoon in the whipped cream so it sits on top. You don’t want to stir it in. You want it to be a cap you sip the drink through. Also, it should go without saying that you have to use real whipped cream, not the aerosol kind, which means you’ll have to whip it yourself. Fear not, it doesn’t have to THAT whipped. You can do it by hand with a whisk in about a minute. A lot of folks grate a little nutmeg on top of that. I can go either way, but I usually omit it.

There’s a place, I suppose, for instant hot chocolate made from powder. But once you’ve had your own homemade version from scratch, you’ll never be able to drink the powdered stuff again without comparing it to the real stuff. And in those comparisons, the powdered version comes up short. So if you’d prefer to continue in your ignorant, powder-packet bliss, unbothered by the knowledge that there’s a far better (and only slightly more involved) option out there, you oughta skip this one.

For those who’d like a truly rich and decadent cup of hot chocolate, though, the process is pretty simple. You just put the three ingredients together in a big pot, simmer and whisk until the chocolate’s melted. Then you ladle it into small cups (or large, I guess; the past year has been tough) and shave a little chocolate on top. You can also add whipped cream or marshmallows. For that matter, you can dunk a Snickers bar into it if you want to. But it’s pretty much perfect on its own.

This recipe, adapted from one by “The Art of Drinking Sober” co-author Miriam Nice, will make your kitchen smell great. And unlike real mulled wine, which tends to put me immediately to sleep, it’s bright and vibrant. The dark fruits match the spices to create a rich bass note, but the citrus from the orange keeps it fresh and lively.

It’s pretty simple to make, too. Add the liquid ingredients first then the solid ones, and simmer for a few minutes. Then strain it into small mugs or punch cups. You can leave it on the stove on low for an hour or two, and let the spices further infuse the liquid for a drink that evolves over the course of an afternoon.