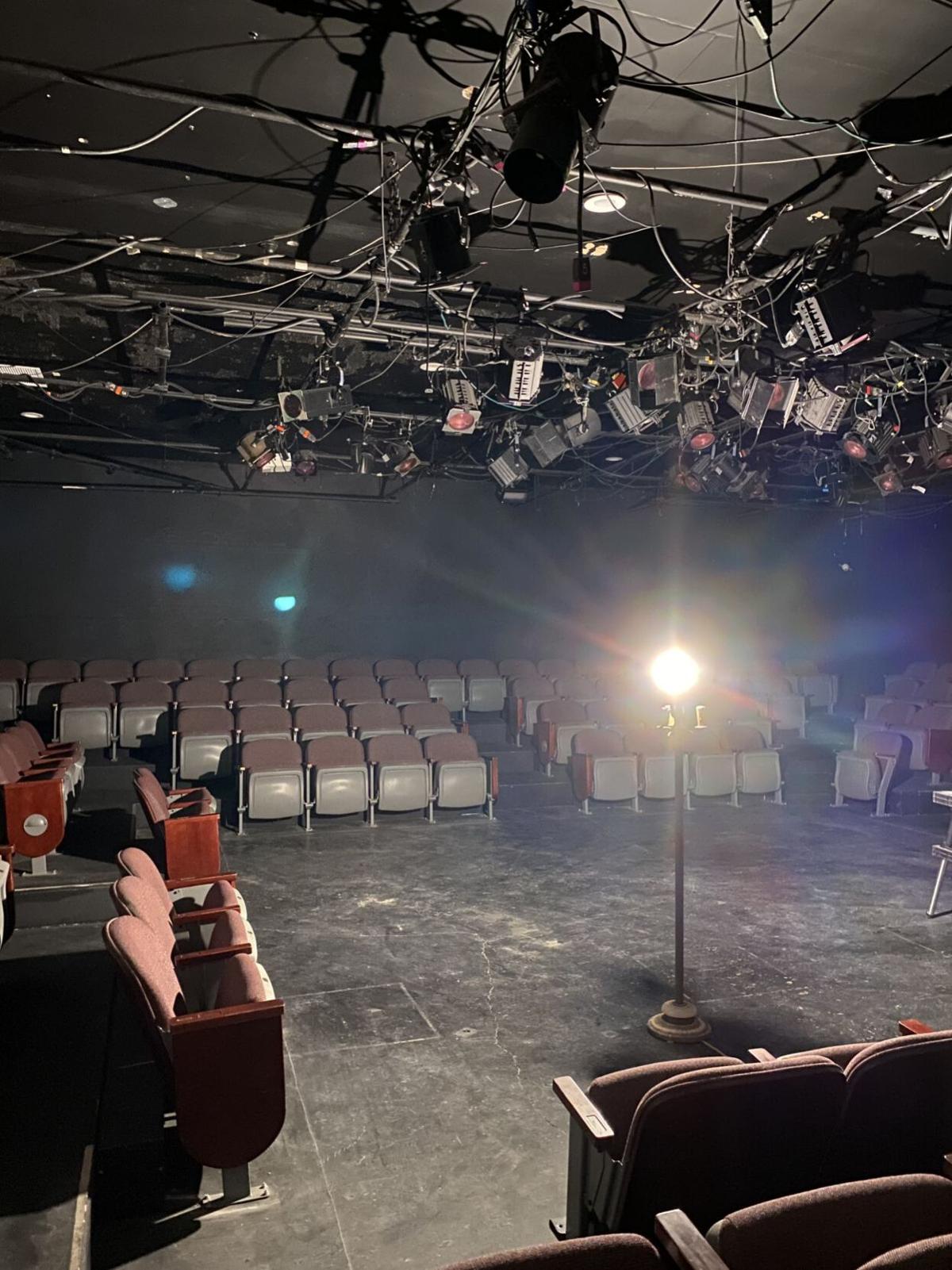 An empty Warehouse Theater awaits the return of audiences and actors. 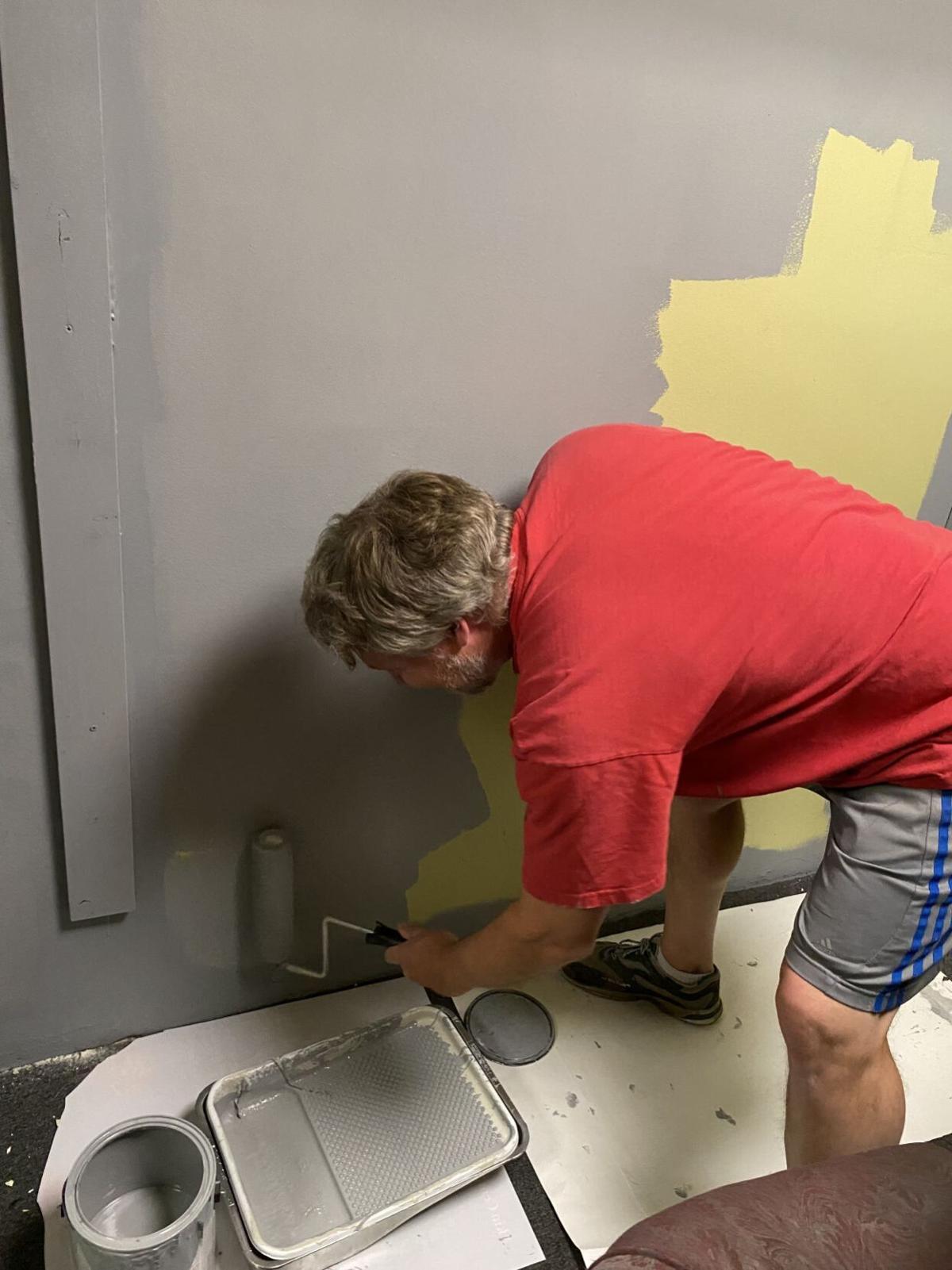 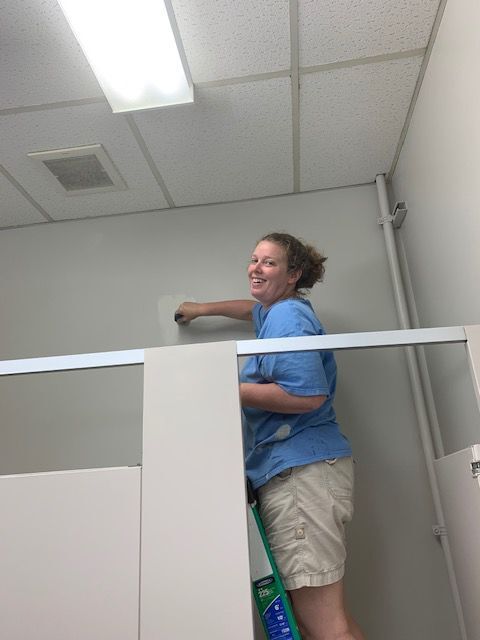 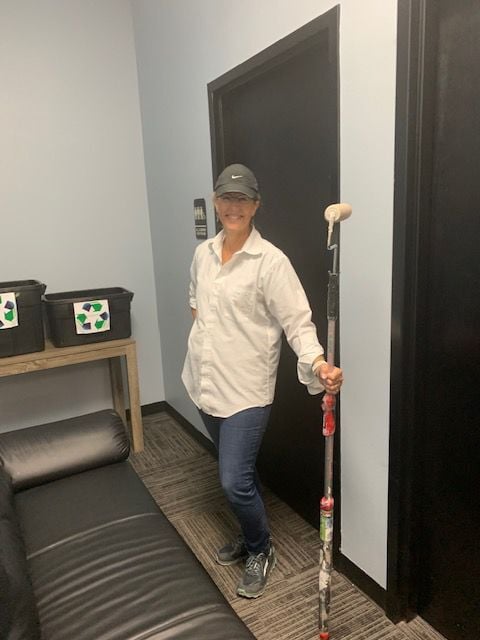 Warehouse Theatre Company board member Chelle Bos is all smiles as she awaits her work assignment.

An empty Warehouse Theater awaits the return of audiences and actors.

Warehouse Theatre Company board member Chelle Bos is all smiles as she awaits her work assignment.

So, how does a community theater company survive a global pandemic?

Had you asked the Warehouse Theatre Company that question 18 months ago, its members would have said, “We don’t have a clue.” But they’ve learned a lot in the past year and a half. In fact, not only do they now have a clue, they’re actually producing one this fall.

“Clue: On Stage” is the first offering of the WTC’s 2021-22 season. Auditions for the play, based on the Paramount Pictures film (which was based on the Hasbro board game), were held Monday and Tuesday nights. While that may sound like a return to “business as usual” for the Warehouse, it is actually anything but.

The Warehouse Theatre Company determined that to move swiftly toward reopening and present a show in September, it would strictly adhere to current CDC and Washington state guidelines regarding COVID-19 prevention in public places.

What that meant to auditioners — and will mean for all WTC participants including crew, volunteers and box office employees this season — is that they were required to have proof of vaccination to participate in production-based activities. The requirement will help to ensure two positive outcomes for the company: It won’t have to close a show due to quarantine of a full production team; and actors will be able to perform without wearing a mask. The WTC is aware that getting vaccinated is a personal choice. However, its stance is based on the latest science and best ensures that once it opens, it will be able to stay open.

A third, and perhaps most important, positive outcome of these policies is that WTC patrons can have a higher assurance of COVID safety when taking in a Warehouse show. To improve that safety, the company has done even more.

For example, one way to reduce spread of the virus is to either move people or move the air around them. In order to keep people from waiting in a long line, the WTC box office staff has been hard at work transitioning to online ticket sales. When the season starts, ticketing will be done through a service called BookTix.

Patrons can now use BookTix to choose seats, buy tickets online and print tickets at home. It is as simple as clicking a link from the WTC website. Those patrons who aren’t set up for online ordering can still receive full service from the box office staff. Currently, only season-coupon subscriptions are available. These packages offer exclusive ticket access two weeks before each show opens; the general public is able to place orders one week before each show.

Entrance to the show will be faster and easier as well, as each ticket will now be scannable, allowing quicker processing. The system is “touchless” and eliminates ticket handling by WTC staff.

Once patrons are seated in the theater, they’ll be met with improved air circulation. Rather than a single source of air into the space, ductwork has been remodeled to create eight separate vents throughout the room. Air will be better circulated and temperatures more balanced. These HVAC changes were made possible by ArtsWA and Artsfund grants coupled with generous donations from multiple WTC supporters.

Other improvements to the audience experience include an AED placed in the lobby (funded by a Legends Casino “Yakama Cares” grant), a lighting booth relocation to avoid distraction during shows, and freshly painted spaces throughout the building.

The company has also been engaged in ongoing work to improve diversity, equity and inclusion practices in the past year. Through its “Inclusivity Initiative,” WTC continues a focused effort to identify blind spots in policy and practice and make changes to better represent cultures and identities of the Yakima Valley. It has made a commitment to become an anti-racism and anti-oppression theater company. This includes acknowledgement that the company’s work is produced on the traditional lands of the Confederated Tribes and Bands of the Yakama Nation past and present, and an obligation to produce more representational works.

But back to the original question: “How does a community theater company survive a global pandemic?” The answer provided by the Warehouse Theatre Company today would be “With determination to make it through, with a watchful eye for grant opportunities, and — most importantly — with amazing support from the community.”

When “Clue: On Stage” opens Sept. 17, the many changes made by the WTC in the last 18 months will be on display.

But the company will tell you that the changes were all made for a simple reason: to say “thank you,” because when WTC needed support the most, the Yakima community gave the most support.

• Vance Jennings is executive director of the Warehouse Theatre Company. The company contributes a column in this space every four weeks.