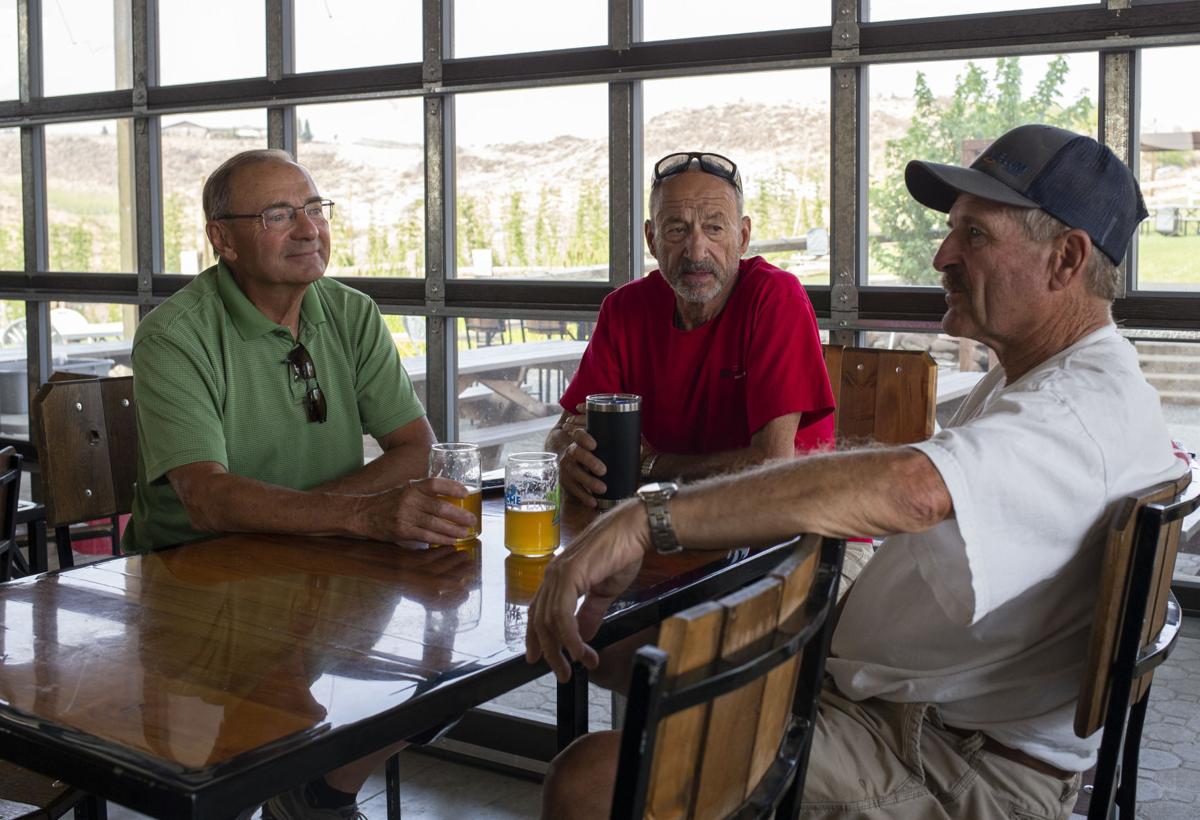 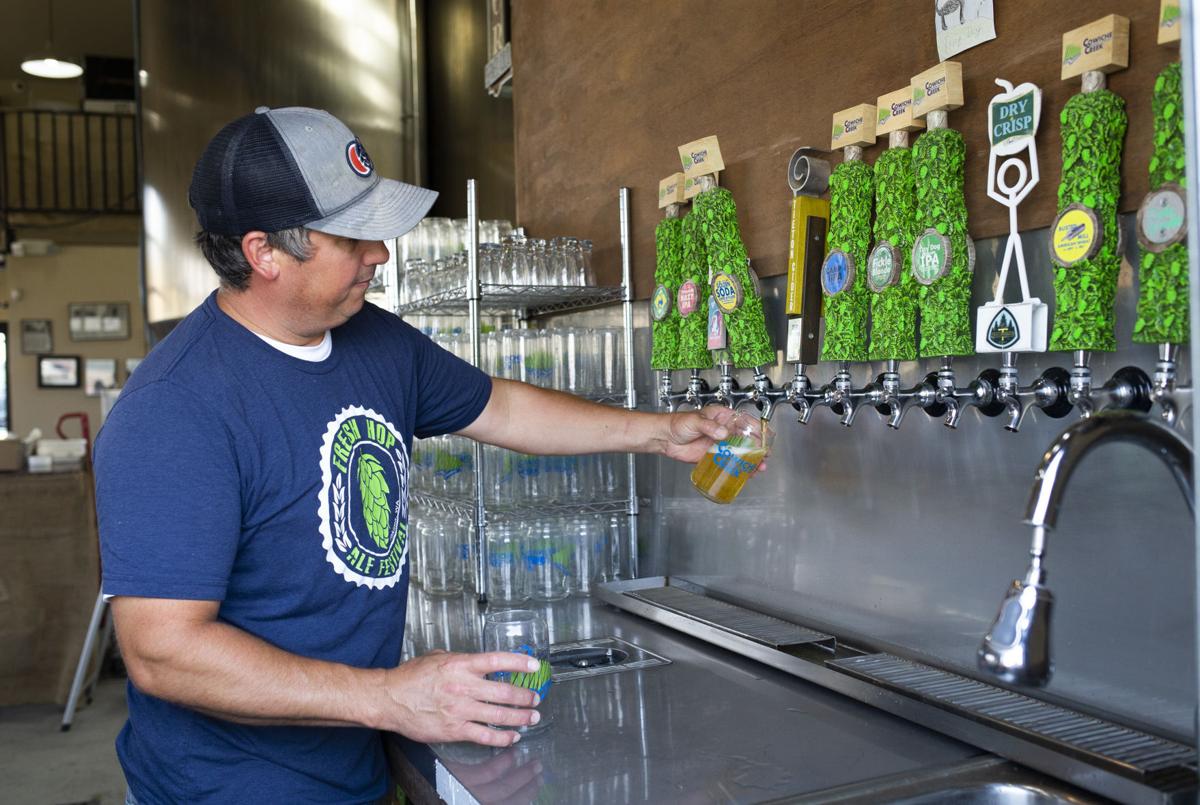 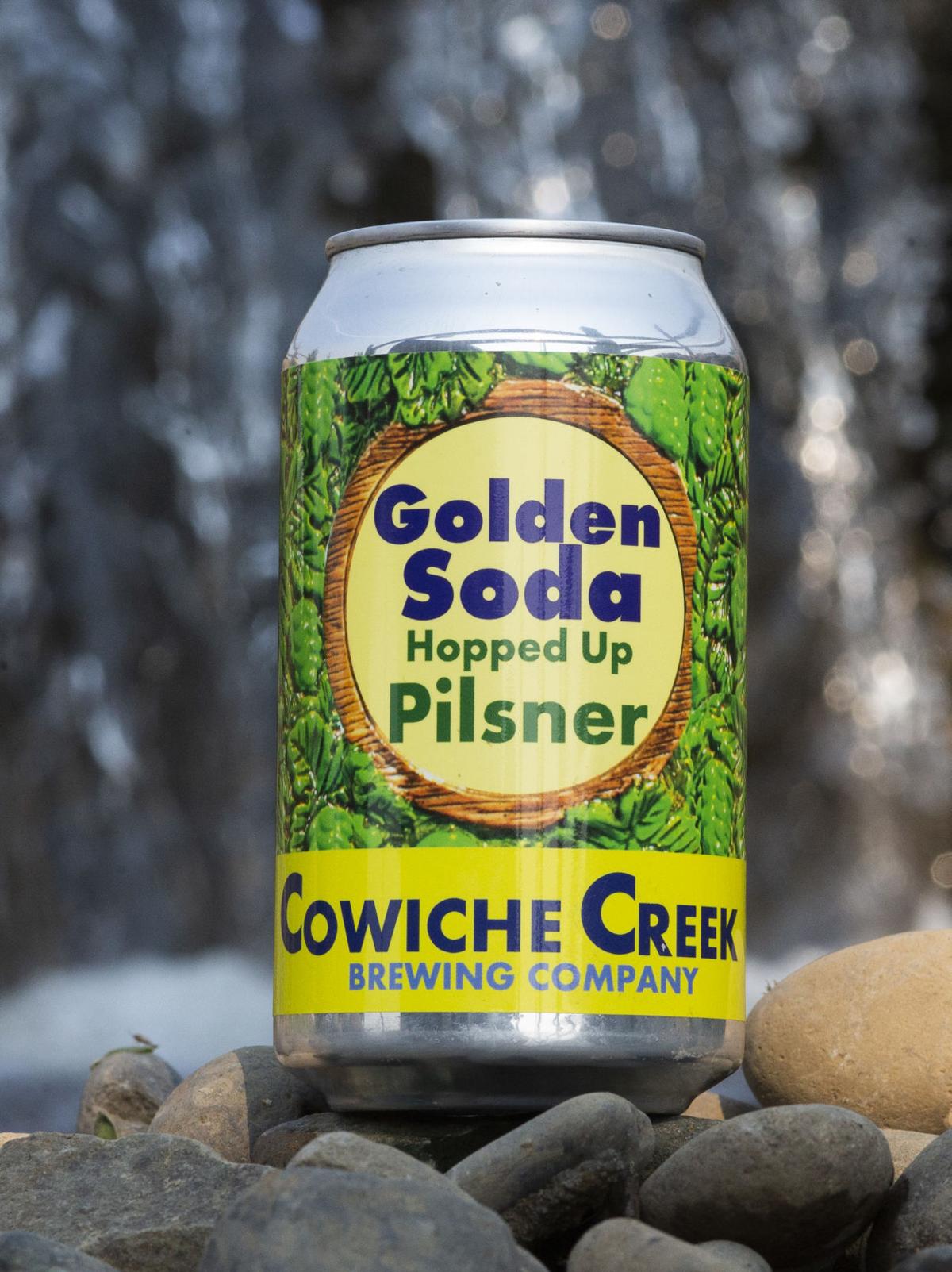 A can of Golden Soda is pictured at Cowiche Creek Brewing Company Tuesday, July 13, 2021 in Cowiche, Wash. 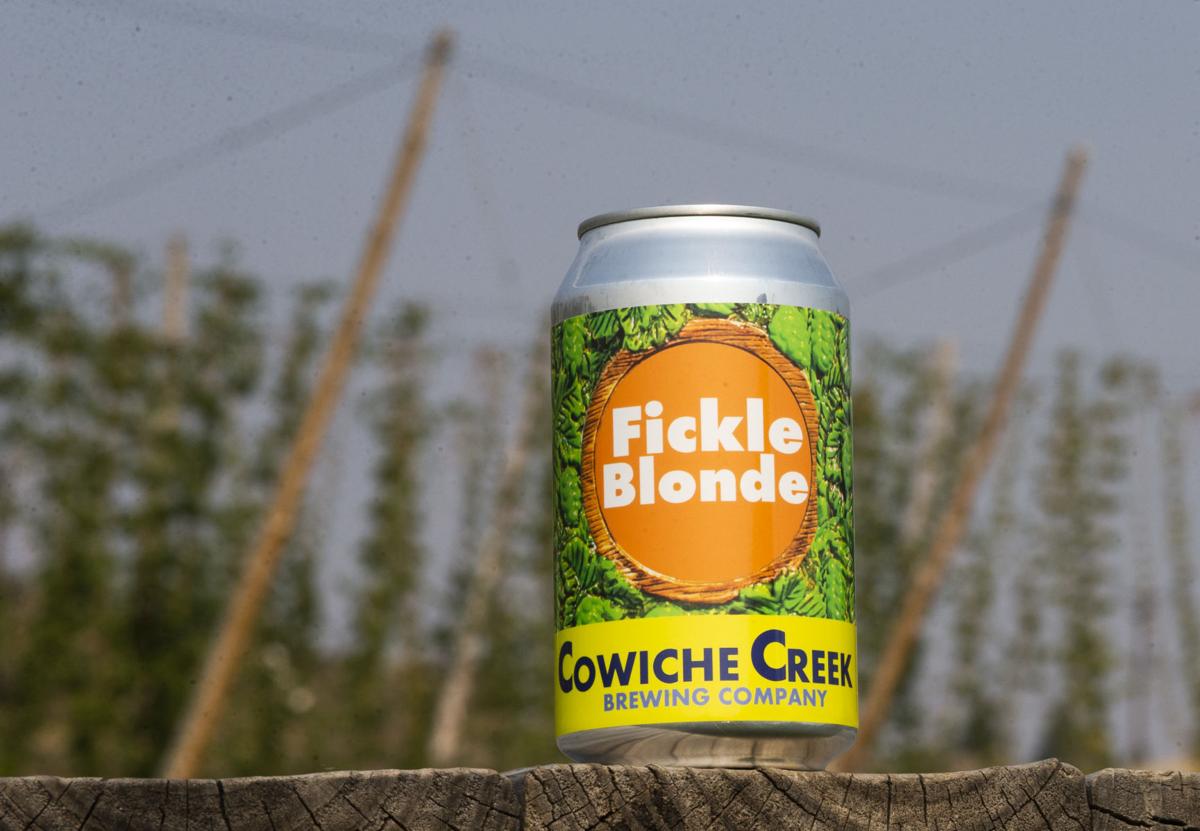 A can of Fickle Blonde is pictured at Cowiche Creek Brewing Company Tuesday, July 13, 2021 in Cowiche, Wash. 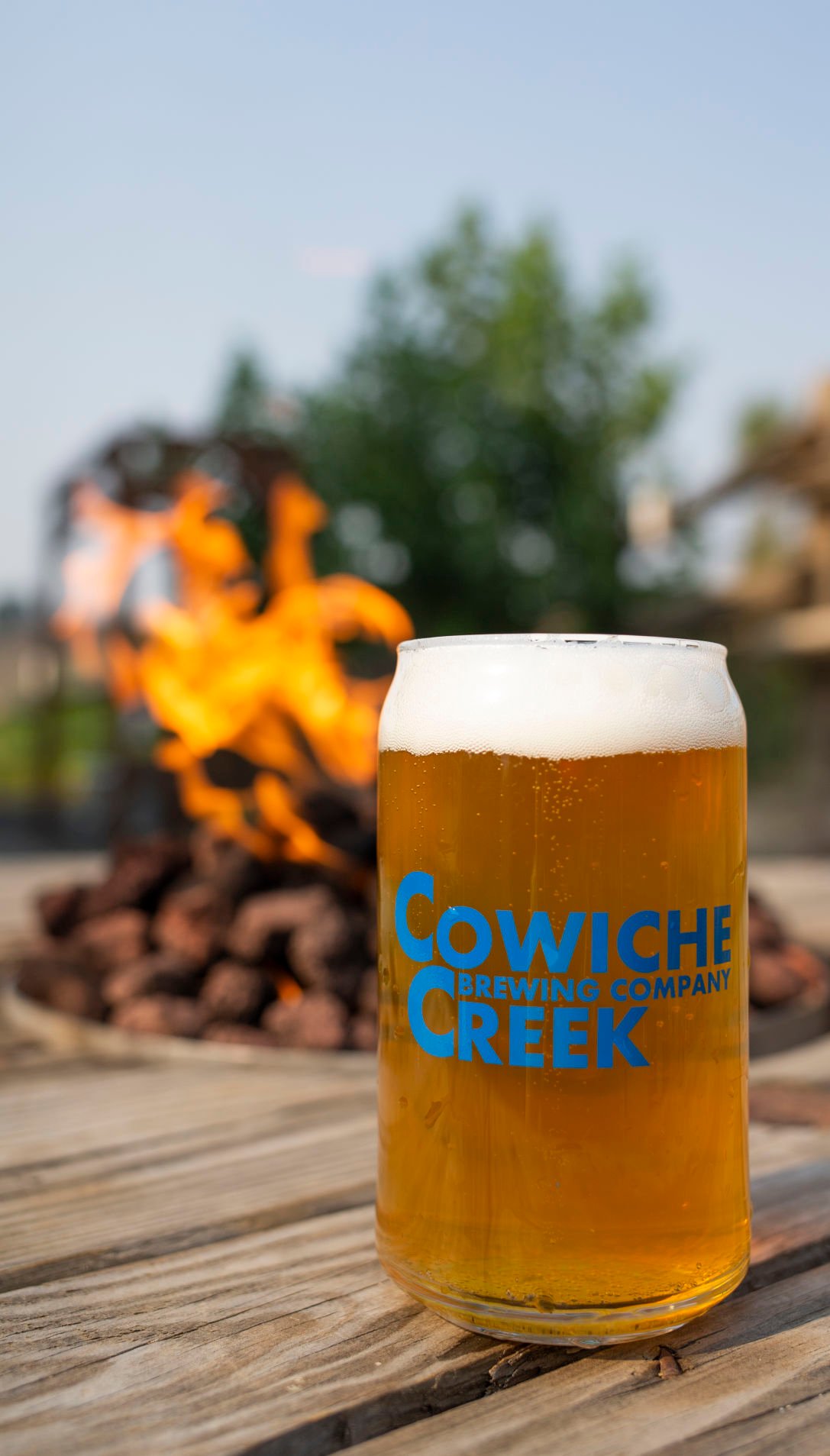 A can of Golden Soda is pictured at Cowiche Creek Brewing Company Tuesday, July 13, 2021 in Cowiche, Wash.

A can of Fickle Blonde is pictured at Cowiche Creek Brewing Company Tuesday, July 13, 2021 in Cowiche, Wash.

The craft beer explosion over the past two decades has been driven by India pale ales, the hop-driven, sometimes intensely bitter flavor bombs that have dominated the market segment.

And Yakima, by virtue of its world-leading hop production, has been home to some incredible examples of the style. That includes everything from your standard, 50-IBU, 6.5% ABV West Coast IPAs to those “I can’t believe they fit all these hops in this 12-ounce can” imperial double and triple IPAs with 1 million IBUs and an ABV of about 11%. They’re virtually all delicious, and I’m very glad to live here because of them.

But there is one problem: If it’s 100 degrees (or, gulp, 113) and I’ve just finished mowing the lawn or just come home from chasing the kids around the park, I don’t necessarily want intense flavor, or complex notes of pine and citrus or whatever. I’m sweaty and tired, and I just want something very cold that I can drink very easily. In other words, I want a summertime beer.

Historically that has meant things like Rainier or Pabst or Miller Lite — lighter-bodied, virtually flavorless macrobrews that my dad’s generation drank before “craft beer” entered the lexicon. And that’s fine. Those beers have their place. I like them.

Over the past five years or so, though, an interesting thing has happened in the craft beer world, both broadly and locally. Brewers have begun expanding their lineups to include lagers and Pilsners and other styles the craft movement previously wrote off as déclassé. It’s no longer just a bitterness arms race. The focus isn’t solely on IPAs. They’re making summertime beers.

You’re seeing them all over town lately. Cowiche Creek Brewing Co. got in on the action as soon as it opened back in 2017, with its relatively light-bodied ale, Fickle Blonde. Single Hill Brewing and Varietal Beer Co. entered the market over the following couple of years, each with lagers and Pilsners as part of their beer lineups. Hop Capital, formerly Yakima Craft, this year introduced a zero-IBU (IBU stands for International Bitterness Unit) hazy IPA and a line of hard seltzers. Even Bale Breaker Brewing Co., which aside from a couple of limited releases had emphasized hoppy IPAs almost exclusively, started canning and selling its Pilsner last year.

Now, let’s be clear, they’re not just making small-batch versions of Bud Light or Rainier. With few exceptions, the Yakima Valley’s summer beers are a significant upgrade from their macrobrewed analogues. A Bale Breaker Pilsner, for instance, is like a Budweiser in the way that Ezell’s fried chicken is like a McNugget. It has quickly become one of my personal go-to beers and it’s one of two, the other being the relatively approachable Sessiones del Migrante Mango IPA, that Bale Breaker specifically sees as summer beers.

In some cases, such as what Cowiche Creek has done with Fickle Blonde, the brewery kind of lucked into a winner.

“Fickle Blonde was supposed to be a summer seasonal where we brew it for the summer using a summer-friendly hop like Citra and then the next year we change it to a new hop like Amarillo,” brewery owner Derrick Nordberg said. “However, it sold so well its first year with Citra that we decided to do it year round and leave the hop bill all Citra. So it is not so fickle after all.”

With that beer, a Pilsner (the exceptionally refreshing Golden Soda) and a very non-hoppy American wheat beer (Busted Mill), Cowiche Creek has no fewer than three summer beers at its Cowiche taproom. And two of them, the blonde and Pilsner, are available on local store shelves.

It’s no longer unusual for a Yakima Valley brewery to have multiple non-IPA, non-dark choices. Varietal down in Sunnyside is a great example. It’s light lager, General Public, is a straightforward thirst-quencher with just a hint of hops and a sessionable 3.8% ABV, while its Sunflight wheat beer is quaffable but a little more complex with malt out of Oregon as well as Simcoe and Laurel hops and citrus zest.

“If someone doesn’t like this beer, there should probably be an intervention,” brewery co-owner Chad Roberts said.

At Hop Capital, which has had a reputation for experimentation going back to its days as Yakima Craft, the category of summer beer is so wide it includes some non-beer options.

“Our motto is ‘born in the hop capital, brewed for the people,’” said Johnathon Thomas, owner of Hop Capital Brewing. “We want everyone to be included in that.”

That’s how the team there conceived of a quartet of smoothie-style hard seltzers inspired by the sitcom “Schitt’s Creek.” Each variety — Sunrise Bébé, This is a Fine Muffin, A Little Bit Alexis and You’re Triply the Best — references dialog from the show and could work as a refreshing beer alternative. They’re smoothie-style, which means they’re made with fruit puree instead of just the fruit essence in a standard hard seltzer, so they’re not quite as easy-drinking as some other summer sippers. But there is one exception.

“The Sunrise Bébé is a little thinner, because it’s just pineapple, guava and blood orange,” Thomas said. “And it is refreshing.”

That quality, more than any other, defines a summertime beer. And you no longer have to buy a macrobrew to get it.