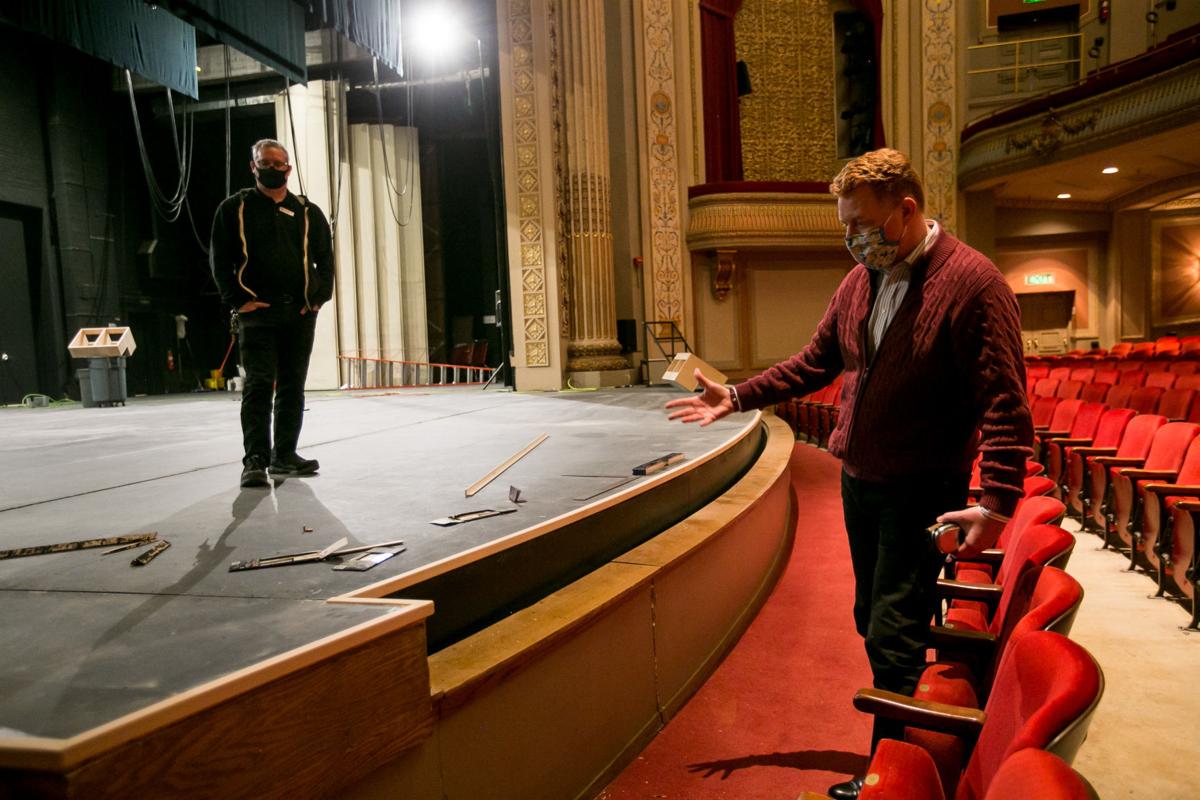 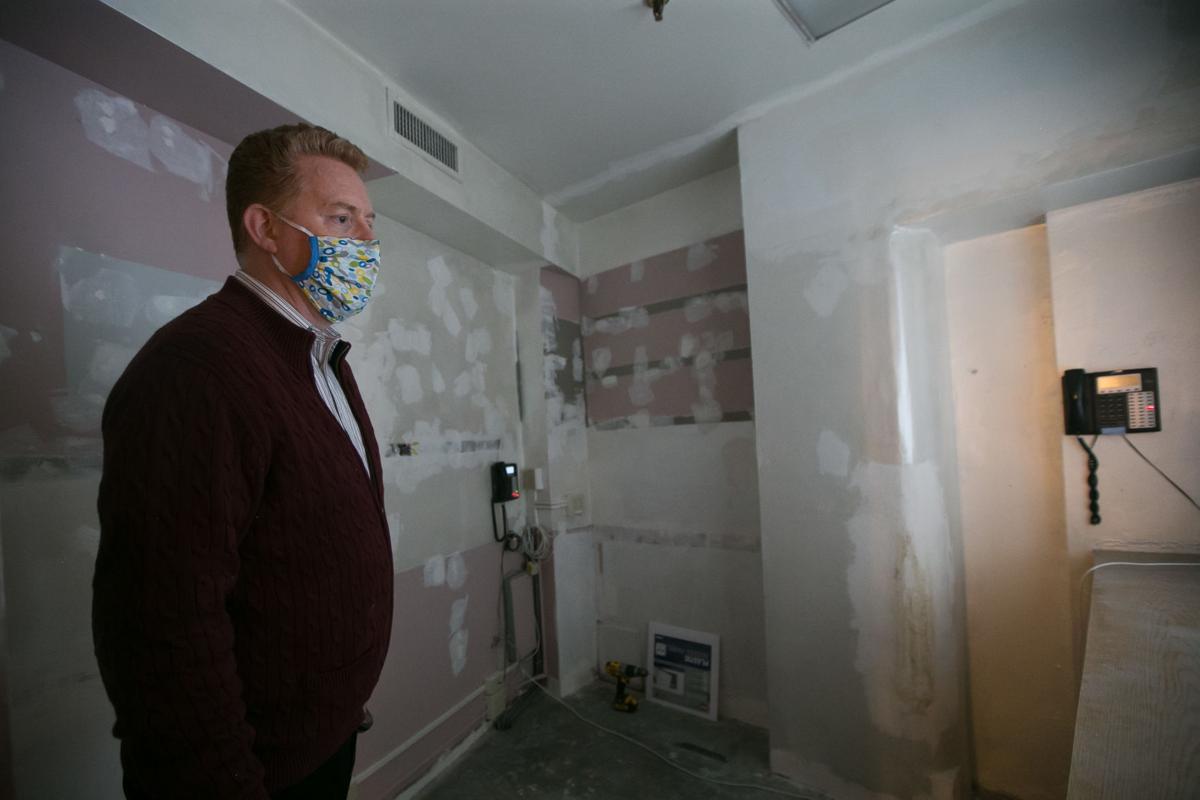 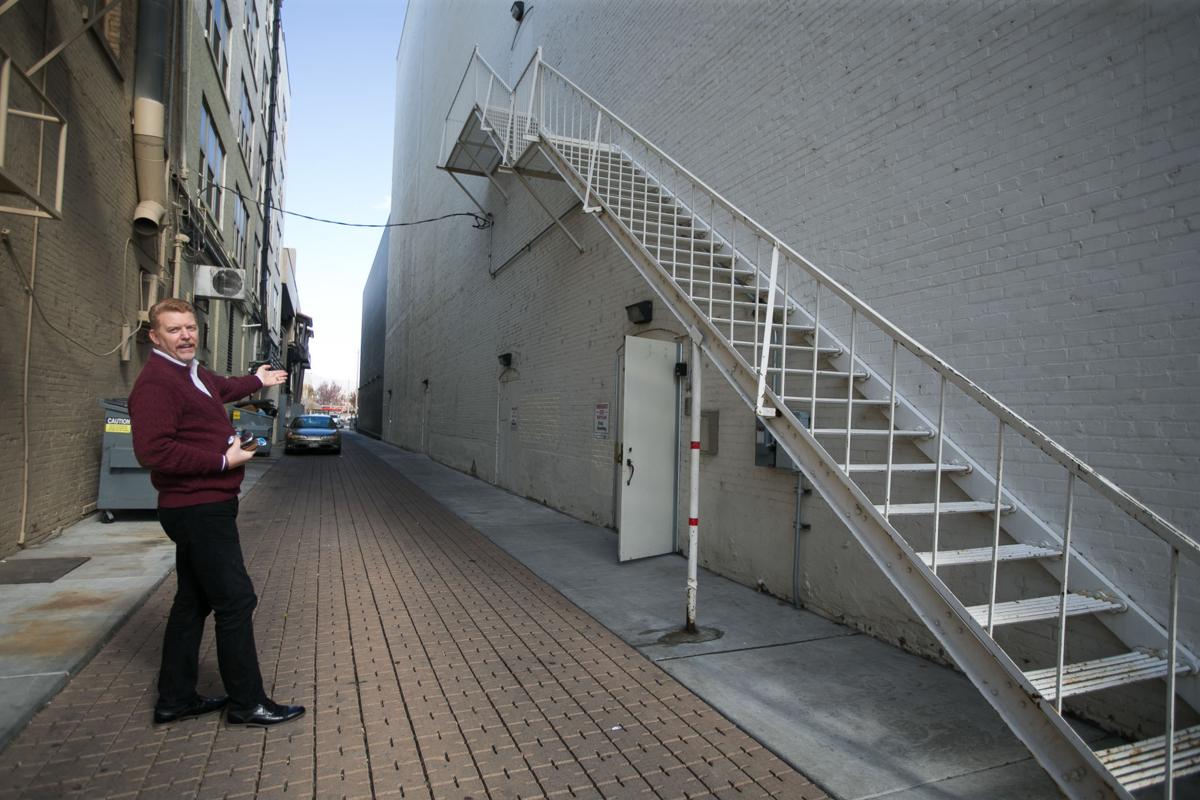 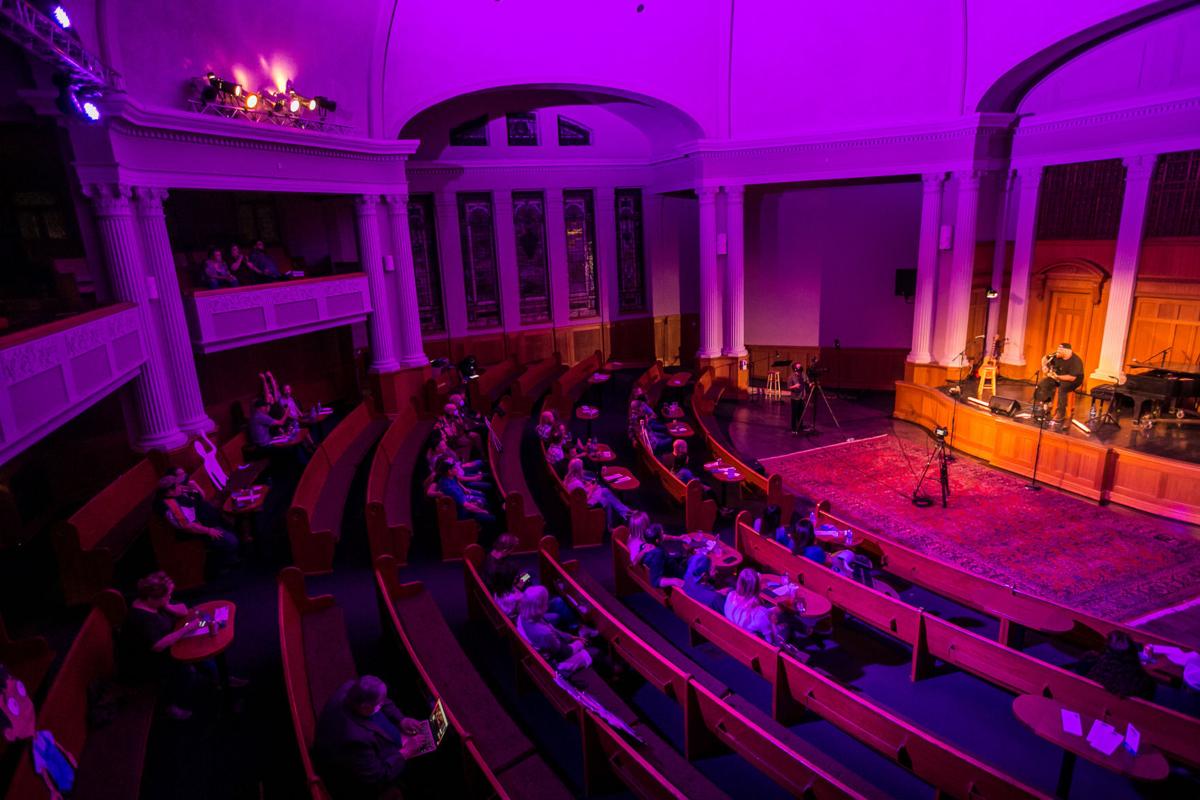 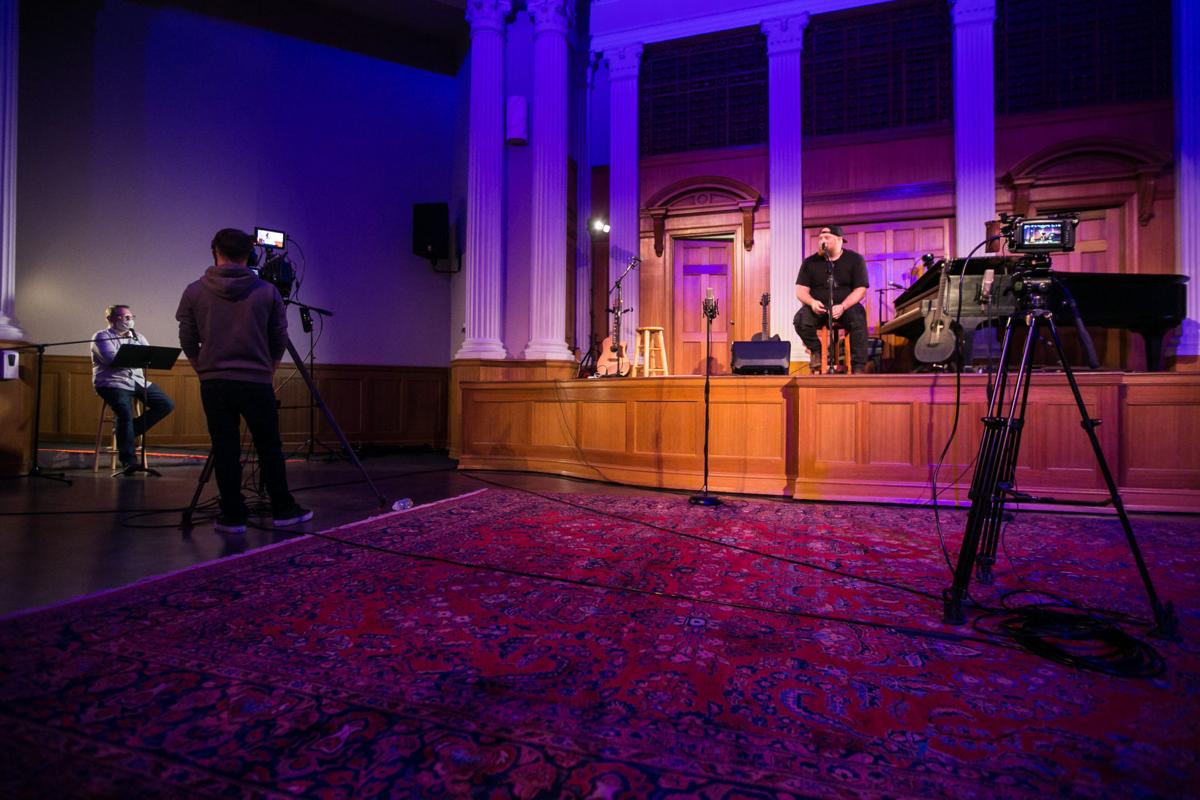 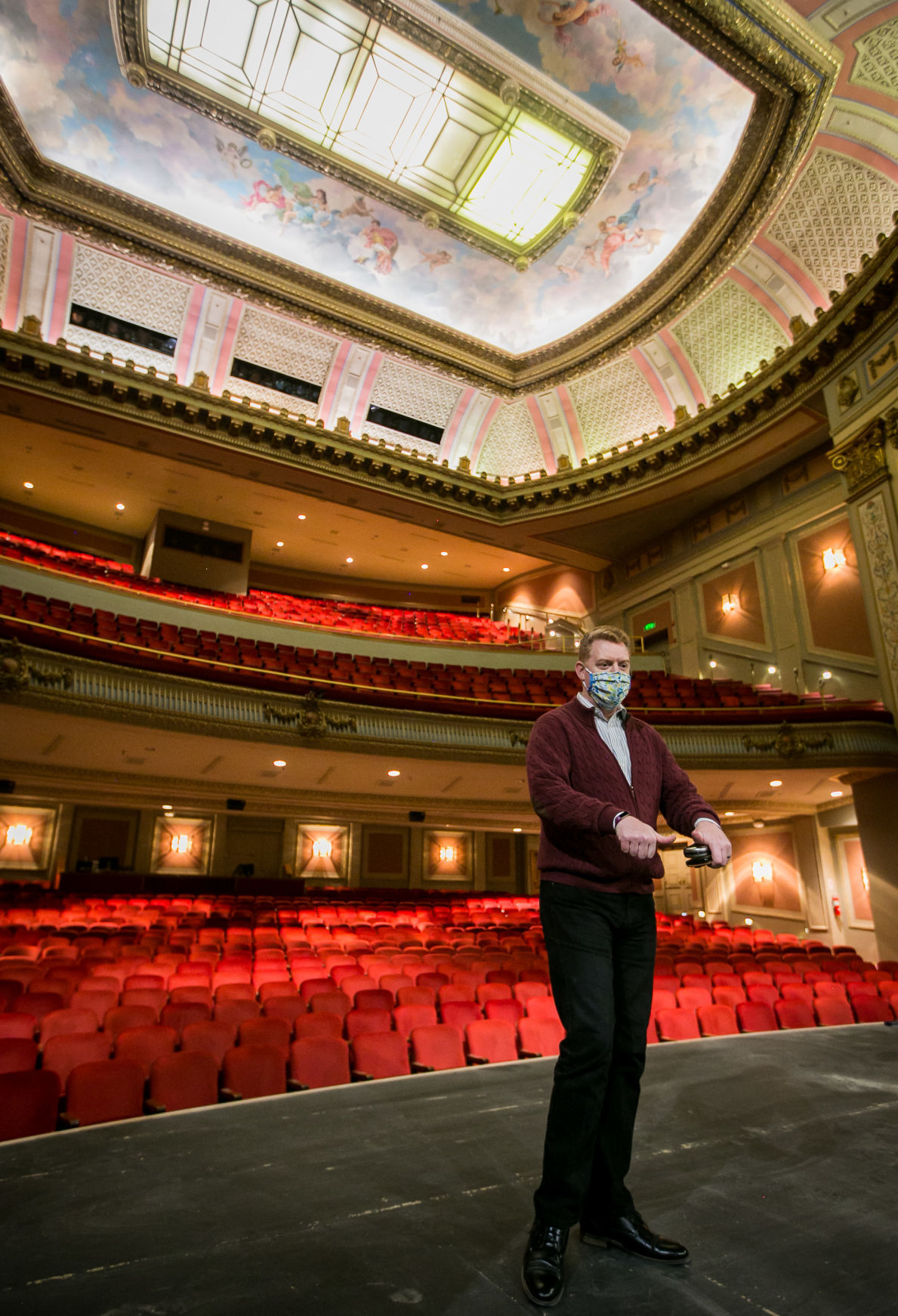 Yakima performing-arts venues, having spent the past 13 months in hunker-down-and-survive mode, are working on reopening plans with an eye toward welcoming audiences back.

The plans, of course, are full of caveats — whether touring artists and companies are up and running, whether state capacity restrictions are relaxed enough to let crowds in, whether there’s enough time to see to all the logistics — but they represent a significant change from late last year. Back then, before COVID vaccine availability had reached the masses, you couldn’t get Capitol Theatre CEO Charlie Robin to talk about reopening in anything other than hypothetical terms. Time frames weren’t part of the discussion. Now he says the theater, the 100-year-old grand dame of Yakima’s arts and entertainment world, could host shows again as early as November.

“That’s where we’re planting our flag,” he said.

The Seasons Performance Hall, which kept the Yakima live music flame flickering with livestreams all of last year and very limited in-person seating the past two months, is likewise beginning to work toward a fuller reopening. Executive Director Pat Strosahl has begun drawing up plans to approach other venues in the region to gauge their interest in collaborative scheduling. That is, he’s trying to arrange a system by which artists could draw up tour itineraries with several venues at once, saving them the trouble of doing it piecemeal.

And the Warehouse Theatre Company, Yakima’s long-established community theater group, is working to figure out how it might stage shows on its lawn this summer as a way to ramp back up before capacity restrictions allow crowds into the intimate theater space again.

“We’re champing at the bit, trying to figure out what we can do to get back,” Warehouse Executive Director Vance Jennings said. “We’re continually looking at the guidelines and we’re trying to get in there as soon as possible.”

In addition to optimism born of increased vaccination rates, these venue operators’ prospects have been buoyed by a potential injection of federal funds. The $16 billion Shuttered Venue Operators Grant, applications for which were set to open last week but have been delayed by technical glitches, promises the kind of aid that arts, entertainment and cultural venues need to get serious about reopening. With potential grants of 45% of an organization’s 2019 gross revenue (capped at $10 million), the SVOG program is designed with reopening in mind.

“If we are indeed opening up in November, we have to have the revenue to cover all the expenses of ramping up,” Robin said.

For the Capitol, that means rehiring laid-off staff or hiring new staff. The venue usually operates with the equivalent of about 20 full-time employees. But the skeleton crew working for the organization now numbers only five. Plus there’s the matter of rounding up all the part-time show-specific workers and volunteers; it takes 120 to 150 people to make a Broadway-style touring production happen in Yakima.

Doing that without the revenue streams it usually has would put the Capitol in a precarious position, Robin said. Its budget is more stable than most venues owing to its partnership with the city and its receipt of sales tax, lodging tax and cable tax revenue. But lodging tax revenue fell off a cliff last year, as did facility rentals, which normally account for about 40% of the Capitol’s budget.

An SVOG award of $500,000, which Robin said is around what the venue would qualify for, would go a long way.

“It’s because of the prospect of the Shuttered Venue Operators Grant that we actually see how we ramp back up,” he said.

The Seasons has a similar outlook, Strosahl said. Like the Capitol, The Seasons relies on facility rentals for a large chunk of its budget. And while it has been able to stay partially open, first as a livestream venue and more recently for limited-capacity in-person seating, it isn’t making a profit on those shows. An injection of federal money would be “the support we need to make it to the other side,” he said.

Stosahl doesn’t expect live music — which relies on full, multicity tour itineraries to make it worthwhile for artists — to be back to 2019 levels for at least a year. But an SVOG grant would allow The Seasons to bridge the gap by continuing its livestream model with distanced VIP seating. Livestreaming adds $1,800 to $2,000 in costs to the venue per show, he said.

“So the amount of money from that grant could get us off the hook for that for 40 or 50 concerts,” Strosahl said.

The Warehouse Theatre, which runs on an all-volunteer model, doesn’t have the staffing costs of other venues. But it still has the expenses of maintaining a large facility, which over the course of more than a year hasn’t been cheap. As has been the case with the Capitol and The Seasons, the Warehouse has received life-sustaining donations and aid money during the pandemic. But without the cash flow that comes with actually selling tickets, it could really use the Shuttered Venue Operators Grant money.

“That would allow us to pay for the things necessary for us to reopen,” Jennings said.

And, sure, the new round of federal funding isn’t going to solve all of the venues’ problems. Going dark (for what will be nearly two years by the time it’s all over) does take a bite out of a venue’s budget. And that $16 billion is going to go fast. But in a roundtable Zoom meeting with venue operators last week, U.S. Sen. Maria Cantwell, D-Wash., indicated she understands that. She’ll continue working to help them recover, she said.

“I was very happy to hear Senator Cantwell acknowledge that,” said Robin, who was among the venue operators on the Zoom call. “There is an understanding that there is a great deal of demand.”

There’s also a broad understanding among venue operators that their work means more than just money to their community. In Yakima, the Capitol is a symbol of history and resilience as well as a place to see a huge array of diverse programming. The Seasons is the place to see important musicians from genres as disparate as Latin rock and cool jazz. And the Warehouse is a showcase for theatrical talents of the community itself.

The arts are “how we become human,” Strosahl said, citing prehistoric cave paintings as evidence of how artistic expression is intrinsic to our identity.

“That’s not an economic activity, that’s not breadwinning, that’s not hunting and gathering,” he said. “That is trying to reflect the human experience and communicate it to other people, and it is deeply needed.”