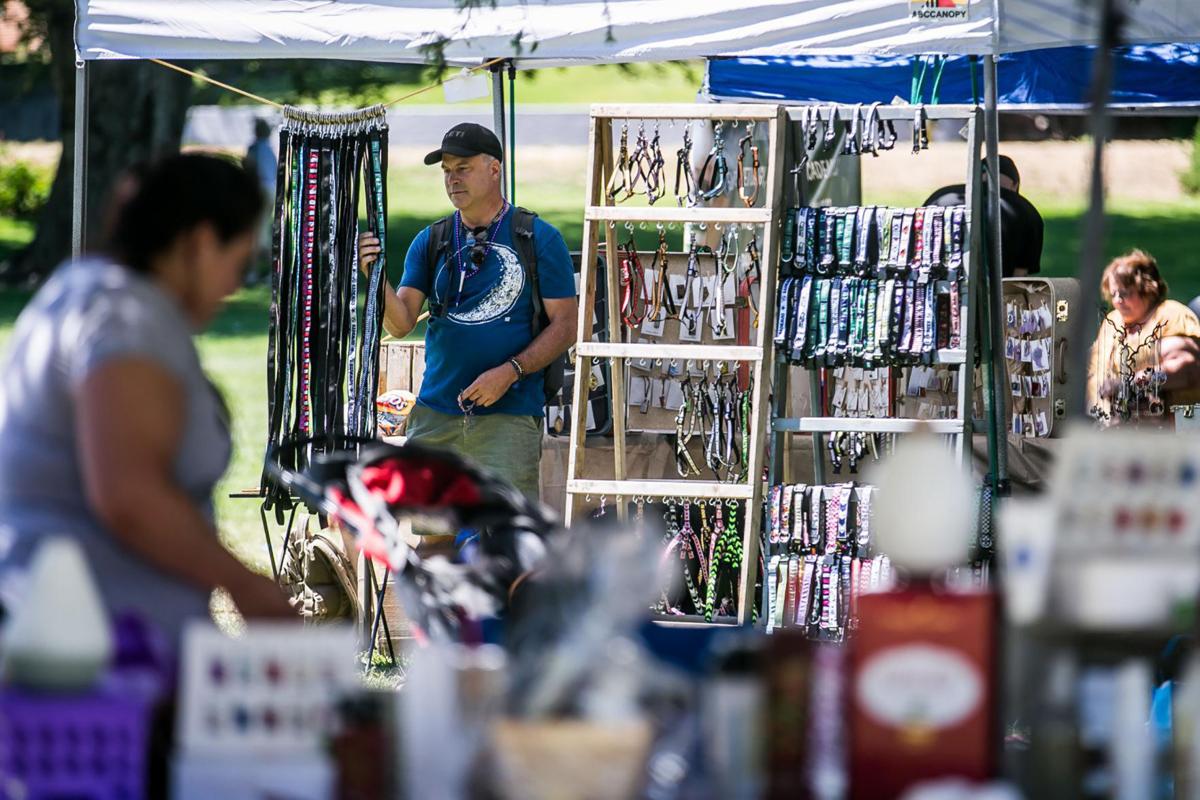 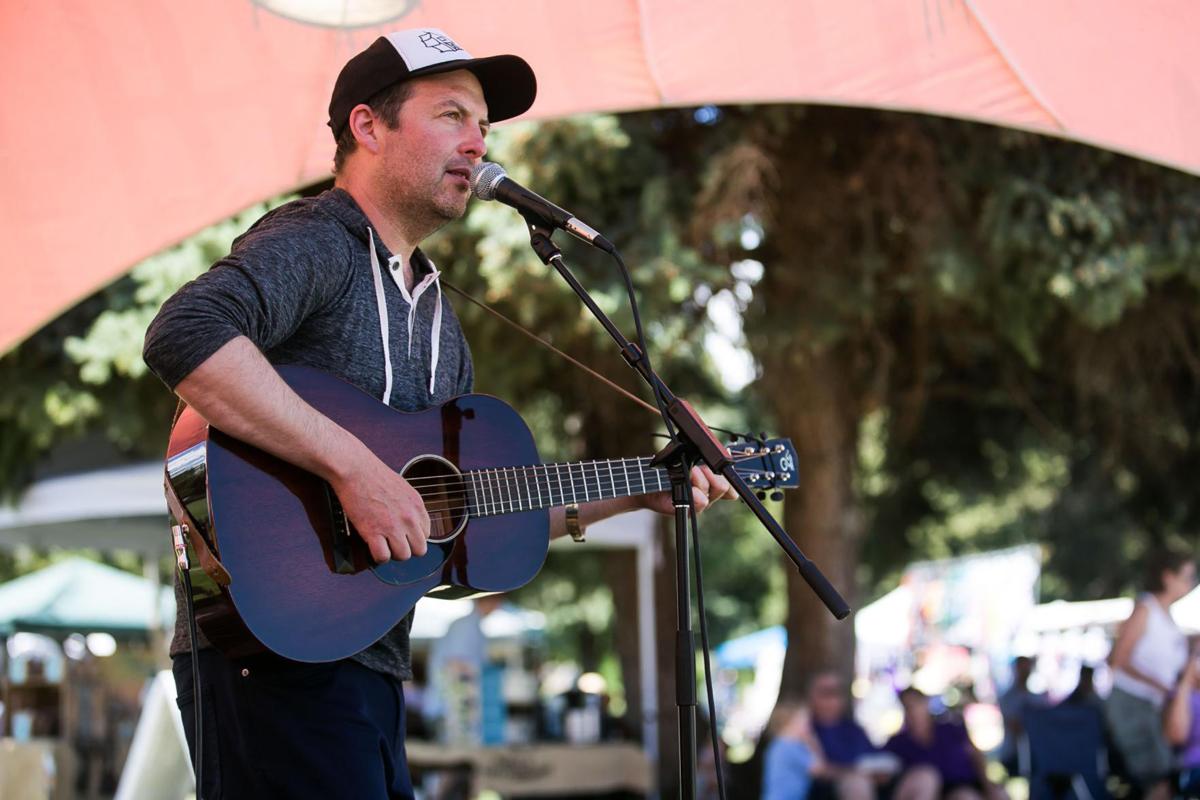 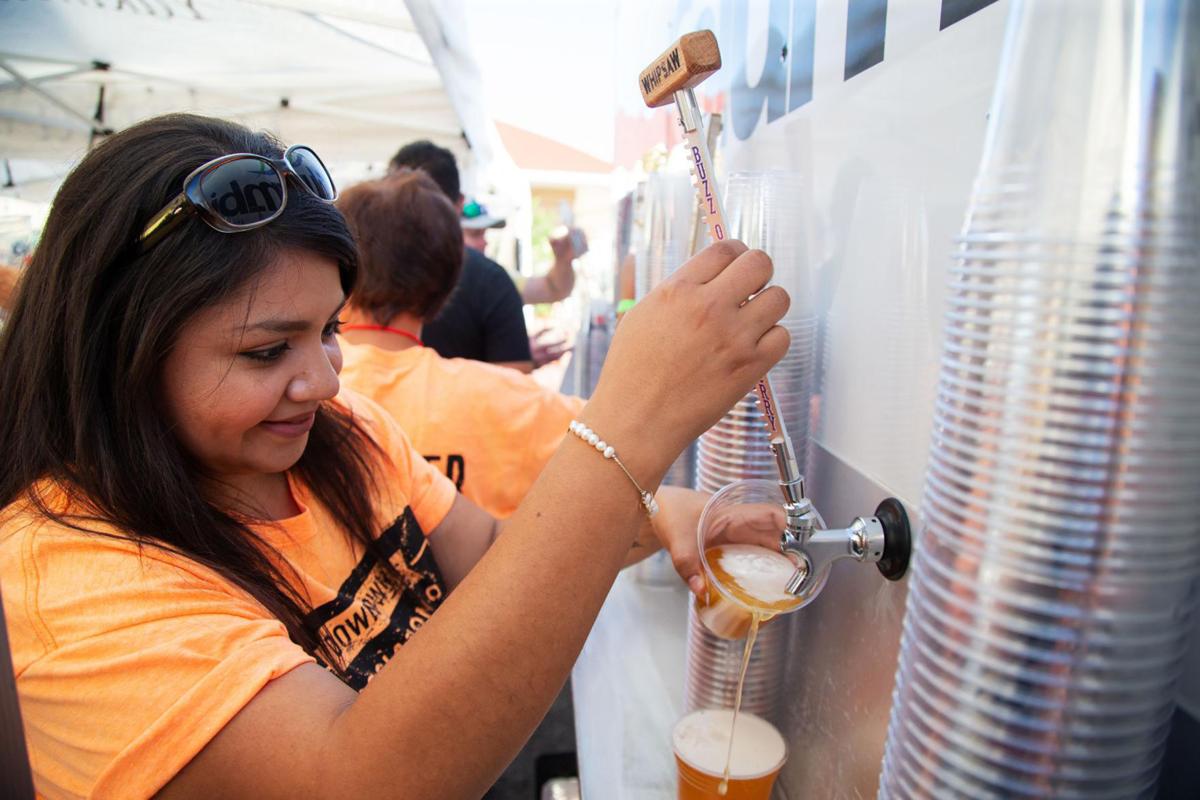 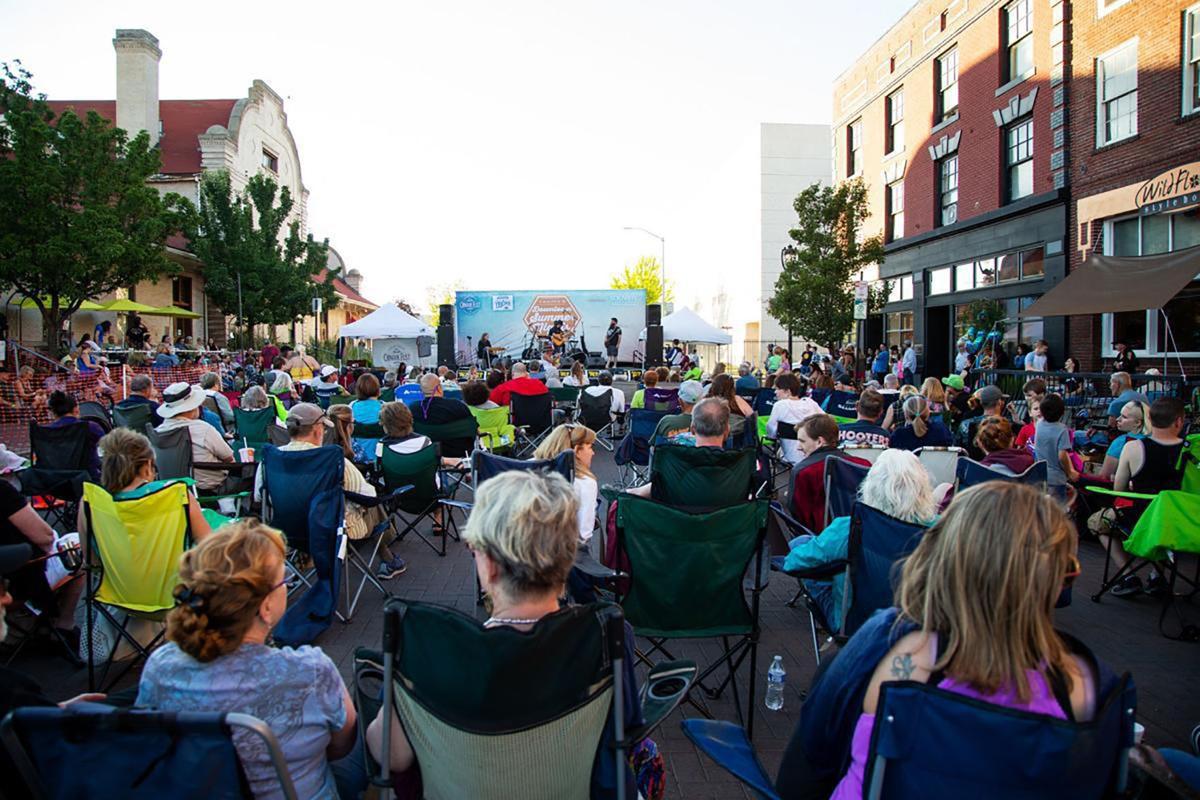 FILE—A crowd listens to music in June 2018 at Downtown Summer Nights in Yakima. 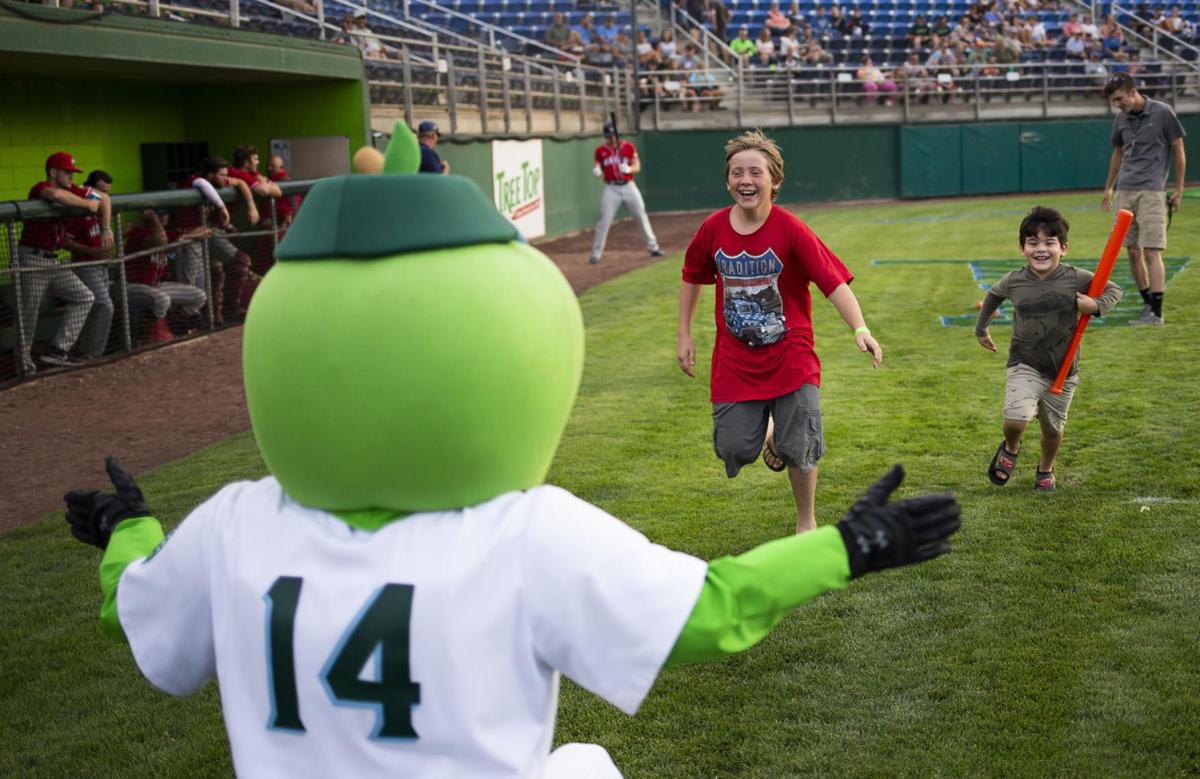 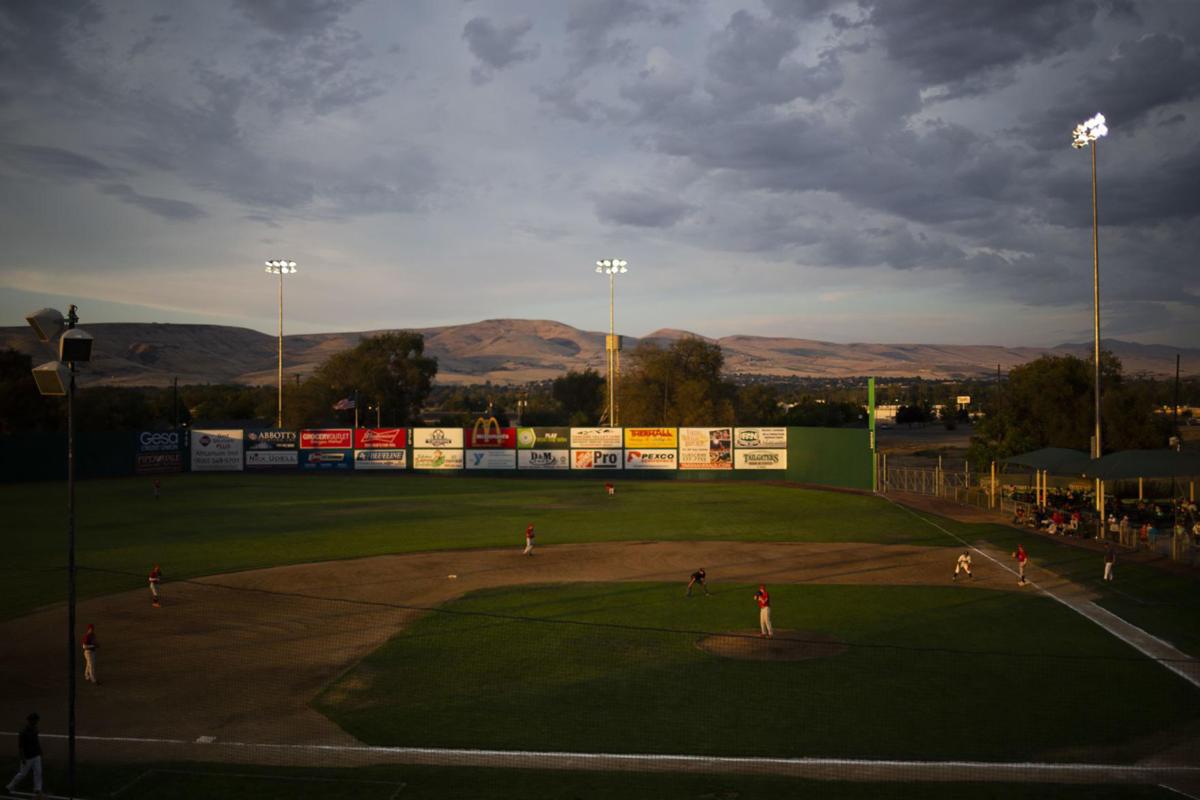 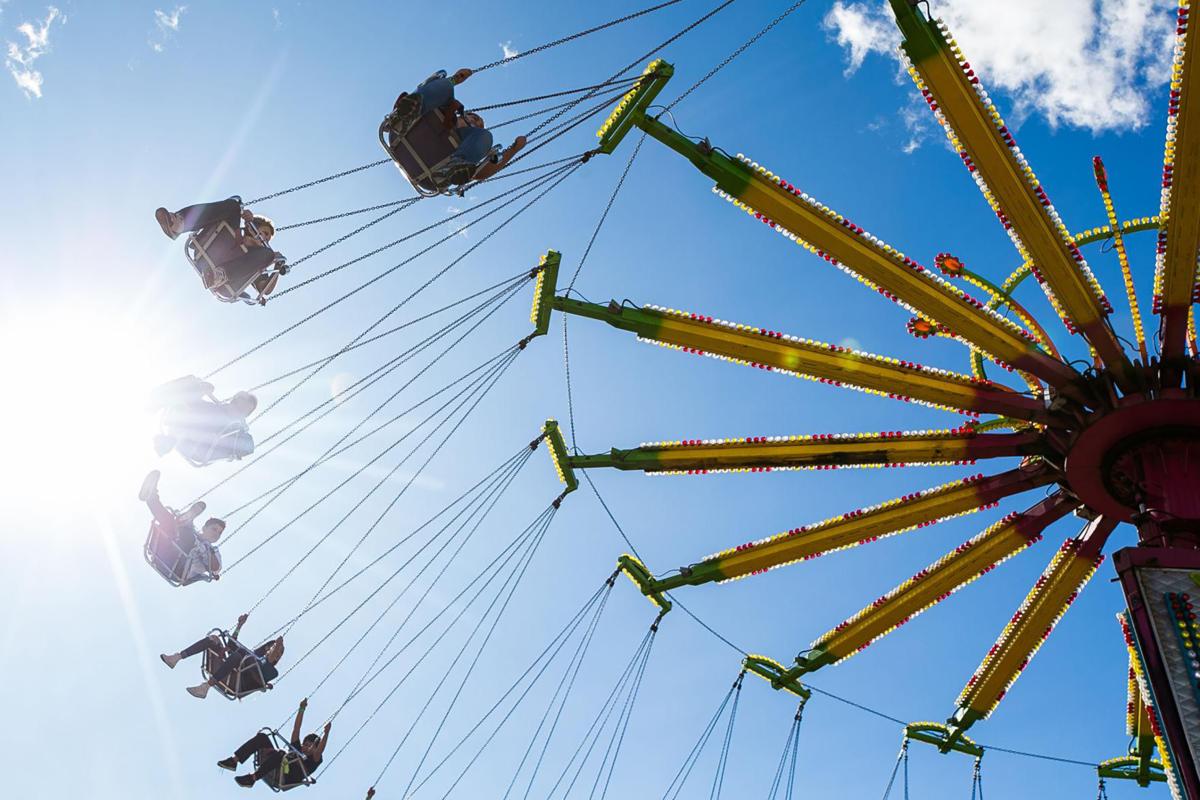 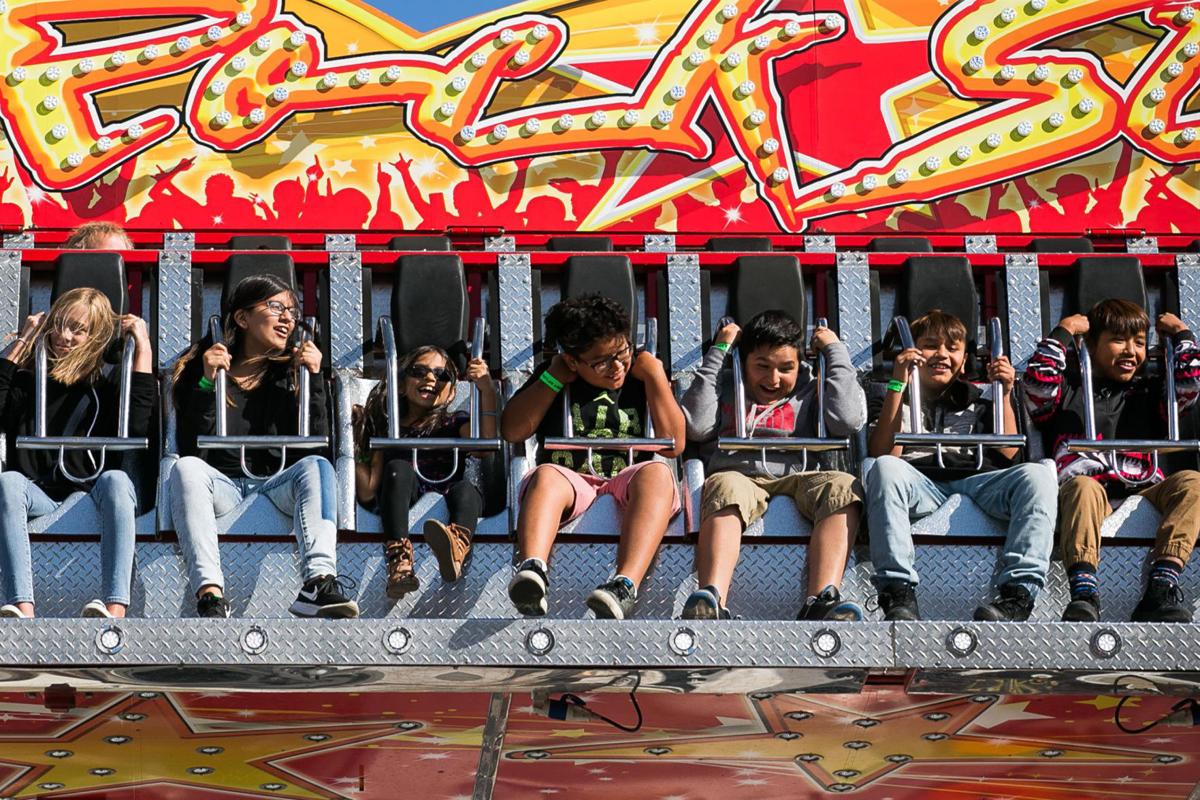 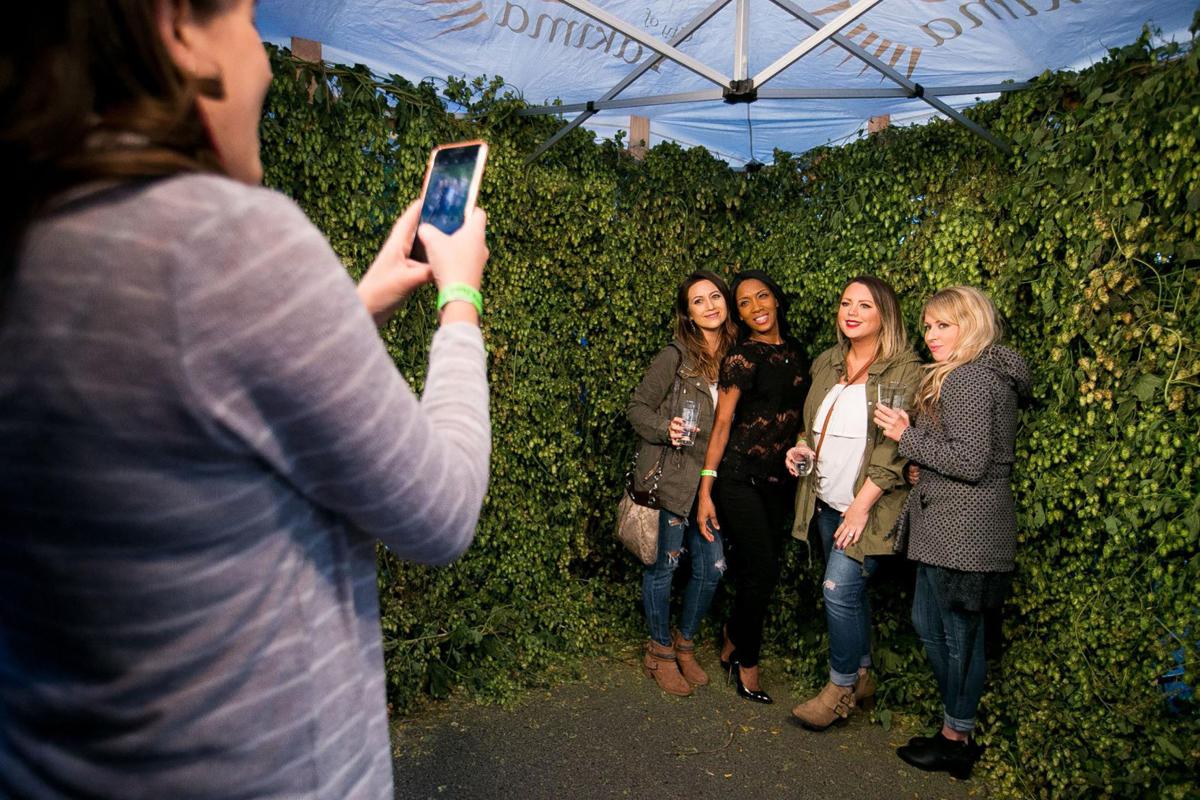 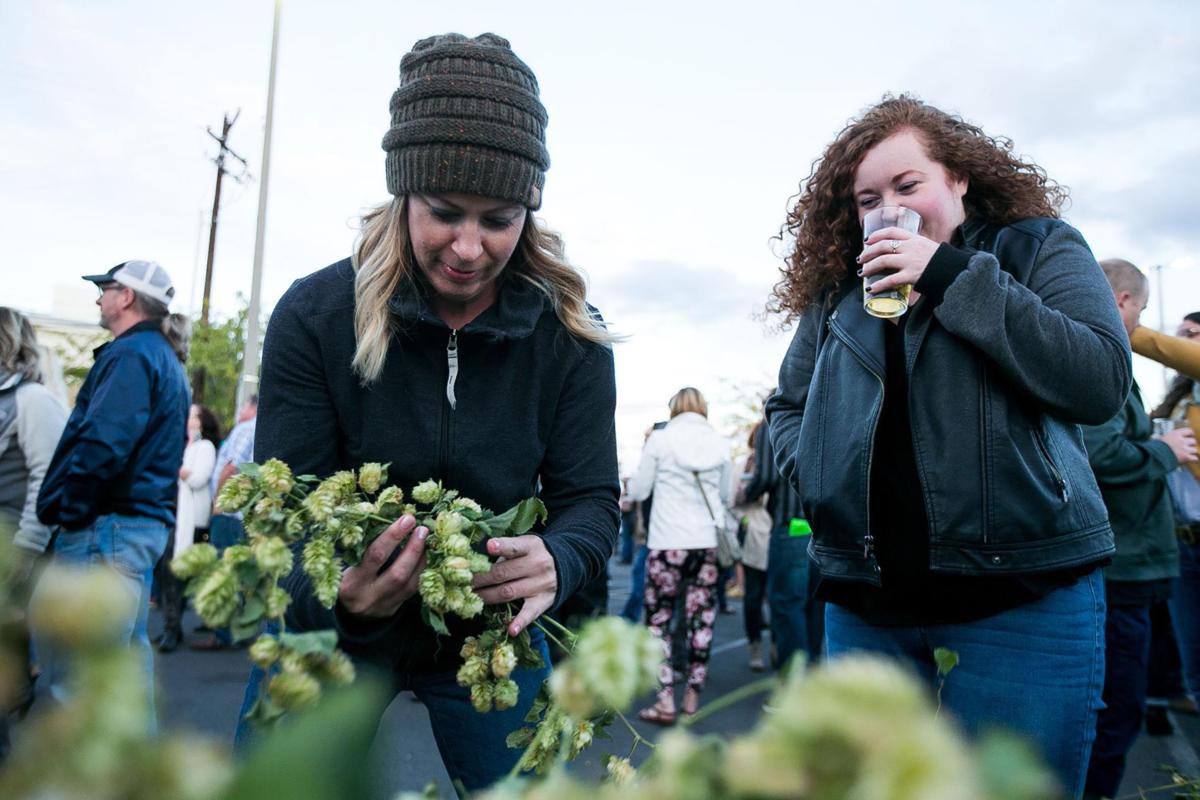 FILE—Jennifer Backstrom, of Ellensburg, Wash., cuts off some hops to wear while her sister, Alex Parsley, of Yakima sips a beer during the 15th annual Fresh Hop Ale Festival on Saturday, Sept. 30, 2017, at Millennium Plaza in downtown Yakima.

FILE—A crowd listens to music in June 2018 at Downtown Summer Nights in Yakima.

FILE—Jennifer Backstrom, of Ellensburg, Wash., cuts off some hops to wear while her sister, Alex Parsley, of Yakima sips a beer during the 15th annual Fresh Hop Ale Festival on Saturday, Sept. 30, 2017, at Millennium Plaza in downtown Yakima.

Some people in the Yakima Valley define the seasons by produce — “Are you ready for peach season?” “Can you believe it’s already pear season?” “Thank goodness it’s finally hops season!” — but I define them by events.

To me there’s Central Washington State Fair season, Yakima Folklife Festival season, Spring Barrel Tasting season, that kind of thing. (That may be a product of writing about local events for the past decade.) All of those seasons are meaningless this year, of course. Canceled by COVID-19. So when the calendar flipped to June it wasn’t, “Huzzah! Folklife season is upon us!” It was, “Ah man, in a normal year Folklife would be coming up. Now I’m all bummed out.”

Gallery shows in the Yakima Valley are relatively casual and unpretentious anyway, but this open-air fine-arts and crafts festival is something special even by those standards. It mostly just feels like hanging out with artists.

That the lineup for the annual event on the sidewalks of the Chalet Place shopping center at 56th and Summitview avenues always includes a couple dozen of the region’s best artists doesn’t hurt either. People like Duane Heilman, Sara Gettys, Bob Fisher, Eunsil Kim, Lucy Valderhaug, John Barany and Carol Hassan use the event to show and sell a range of work, from smaller more affordable stuff that probably wouldn’t be part of a gallery show to full-scale fine art that certainly could be (and in some cases has been).

This was an early casualty of the pandemic, having been slated for March 20-28, just about two weeks after things started to get serious around here. So the details were already shaping up, with more than 30 restaurants committed and many of the Restaurant Week menus posted online.

In other words, we know exactly what we missed. A half dozen Pupusas and two drinks from Don Mateo in Tieton for just $15. A four-course chef’s menu at Crafted for $35, and the same deal at E.Z Tiger. A three-course $25 meal at HopTown Wood Fired Pizza. A hundred-course dinner for free on top of the Larson Building. (Fine, that last one isn’t real. But you get the point; we missed some potential meal-of-the-year type meals when Restaurant Week got canceled.)

Baseball, with its woven-into-the-American-fabric mythos, is capable of a very neat trick. It makes us forget the world outside the ballpark. You walk through the gates, you smell the grass and the hot dogs and the popcorn, you hear the “thwack” of a warmup pitch hitting the backstop or the sharp crack of a batting-practice home run, you buy yourself a beer and you sit in the sun. It might as well be 2019, back when things were better. Or 1975, or 1954, or whenever. Ballparks largely exist outside the passage of time.

I know that’s a little gauzy-eyed and sepia-toned, and it ignores the fact that baseball is no more immune to society’s ills than any other institution, but I can’t help it. Baseball works on me every single time. Sure would be nice to be able to get out to the stadium this year.

Speaking of unabashed celebrations of Americana, the Labor Day weekend fair and rodeo in Ellensburg might as well take place in a Norman Rockwell painting (or, to be more geographically specific, a John Clymer one). The fair especially, with its elephant ears and 4-H animals and prize-winning zucchinis, is about one corn dog away from being too corny. But that’s fine; it’s kind of the point.

The rodeo is a little less country-kitchen and a little more beer-garden. But that’s fine, too. It’s a rodeo. There are dudes hanging on for dear life as three-quarter-ton slabs of angry bovine muscle try to throw them off. That’s a different kind of thrill.

The Yakima Taco Fest is only a year-old event, but boy did it look like a blast in its inaugural year. How could it not? It was a big, outdoor taco-and-beer party complete with Latin music, dancing and games. Scheduled for September to coincide with National Hispanic Heritage Month, Taco Fest was designed by the Central Washington Hispanic Chamber of Commerce to celebrate the migrant workers who feed our community and beyond.

“Through tacos and sweet Latin music, we bring together people of all cultures, places and backgrounds,” the event poster said.

This year, I’m going to celebrate by having my own taco fest at home with takeout from Tacos El Rey or Taqueria Los Primos. Or maybe Taco el Grande. Or El Ranchero. But it won’t be quite the same. Next year, Yakima Taco Fest. Next year.

Fresh Hop has become a phenomenon since starting in 2003 as a humble Allied Arts festival with four brewers and maybe a thousand attendees. It now draws dozens of breweries and nearly 7,000 attendees every October. And that’s just for the event proper. There are also all of the ancillary Fresh Hop parties and events in the week leading up to the festival. Plus there are all the local fresh hop beers on tap for weeks in local bars. (Sigh. Local bars.)

I hope brewers still make fresh-hop beer this year. I’m sure some will. I plan to buy it and drink it. But I’ll miss the charged atmosphere of the festival, with its live music (sigh; live music) and shoulder-to-shoulder crowd. I sometimes hated the crowd, actually, but now I can’t wait to be in one.

The loss of Chinook Fest this year is a bummer, but I don’t go every single year anyway. The people I really feel for are the “Chinook Fest Family,” the hundreds of regulars who every September spend an entire weekend at this party in the woods near Naches. For me, it’s a music festival I wish I could attend this year. For them it’s that plus a canceled reunion.

On any terms, it’s a big loss. Chinook Fest annually brings in a varied and worthwhile music lineup. Even when the headliners aren’t my particular cup of tea, there’s always good stuff up and down the rest of the bill. And there’s that whole camping with friends vibe, even if you just duck in and out.

There will be some sort of online Chinook Fest event on Sept. 10. Watch www.facebook.com/chinookfest for details on that.

I salute the Central Washington State Fair organization for finding a silver lining by instituting a a Drive-Thru Fair Food Fest in place of this year’s fair. The food, after all, is a big part of the fair’s appeal. But in a normal year, there’s so much more.

The rides, the concerts, the beer garden, the world’s smallest horse and biggest hog, the insane hucksters hawking miracle products inside the Yakima Valley SunDome — I love it all. It’s just a perfectly surreal mix of old-time, down-home country fun, crass commercialism and genuine creativity. There’s something to catch your attention everywhere you look. And, whatever it happens to be, it’s usually got blinking, swirling lights, ear-shattering music and caramel sauce with sprinkles on it.

This year would’ve marked the 39th annual Yakima Folklife Festival. And, crazy as it is to say of a local institution that’s been valuable and beloved for decades, it was really hitting its stride. The past five years, in particular, have seen Folklife evolve from a cool little open-mic feel at which we could watch our friends and neighbors play music to a more professional event that brings in serious cross-genre talent from throughout the Northwest.

I liked the previous incarnation, but I love this one. And it’s not like the Folklife organization has abandoned its roots. There’s still ample stage time for local acts and the sort of traditional folk the festival was built on. It’s just that now there’s a lot more to it than JUST that.

This is listed as one event, but it’s really a two-month-long concert series. Since its debut eight years ago, Downtown Summer Nights has brought a wide range of regional and national up-and-comers to Front Street for free, weekly concerts. Some of them are better than others, but they’re all worth the price of admission.

The concerts have also increasingly become big, highly anticipated social events. There’s a beer garden. There’s that one couple that dances badly at every public event. (I love them and their apparent lack of shame. I wish I were more like them.) The music is sometimes good, sometimes bad, occasionally great. But the evening is always great.