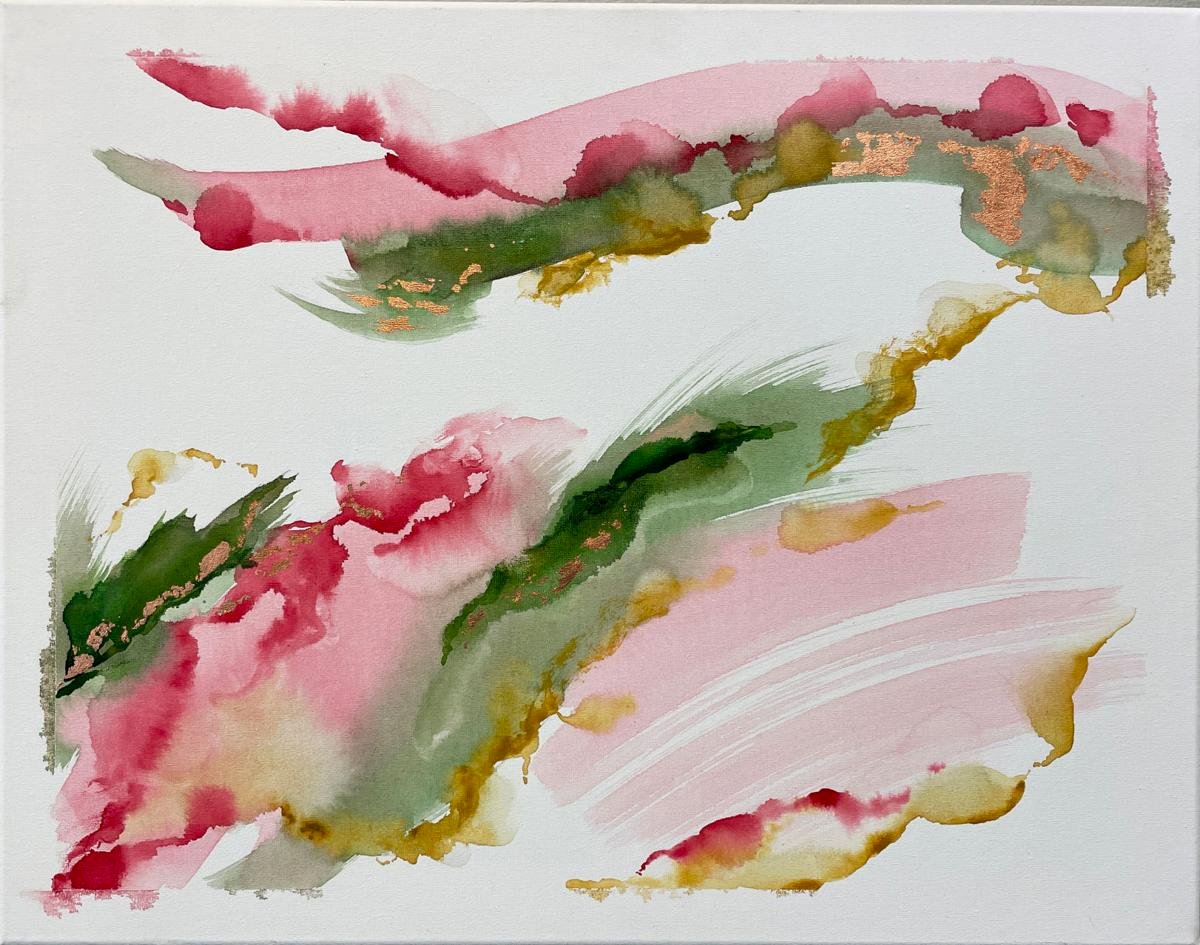 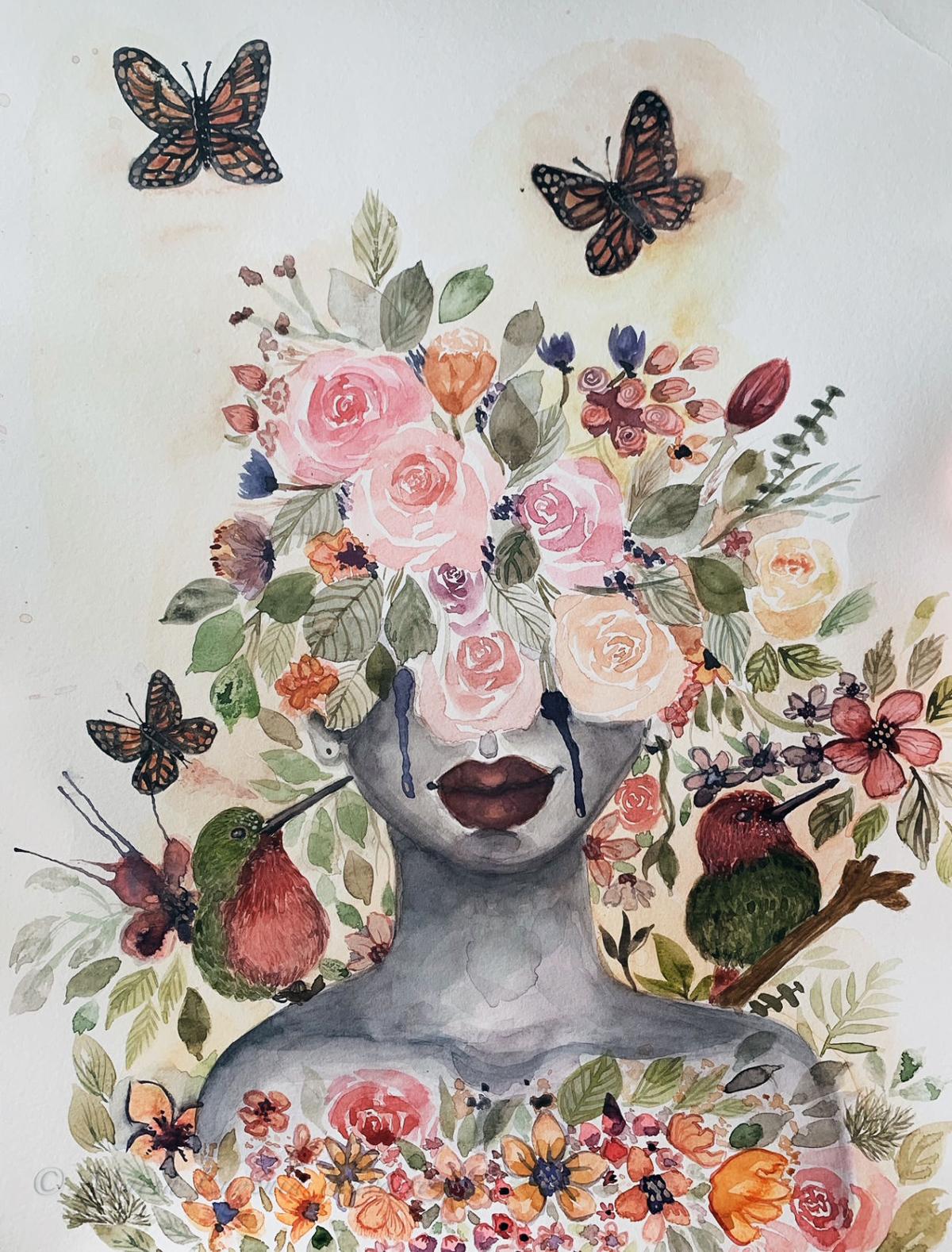 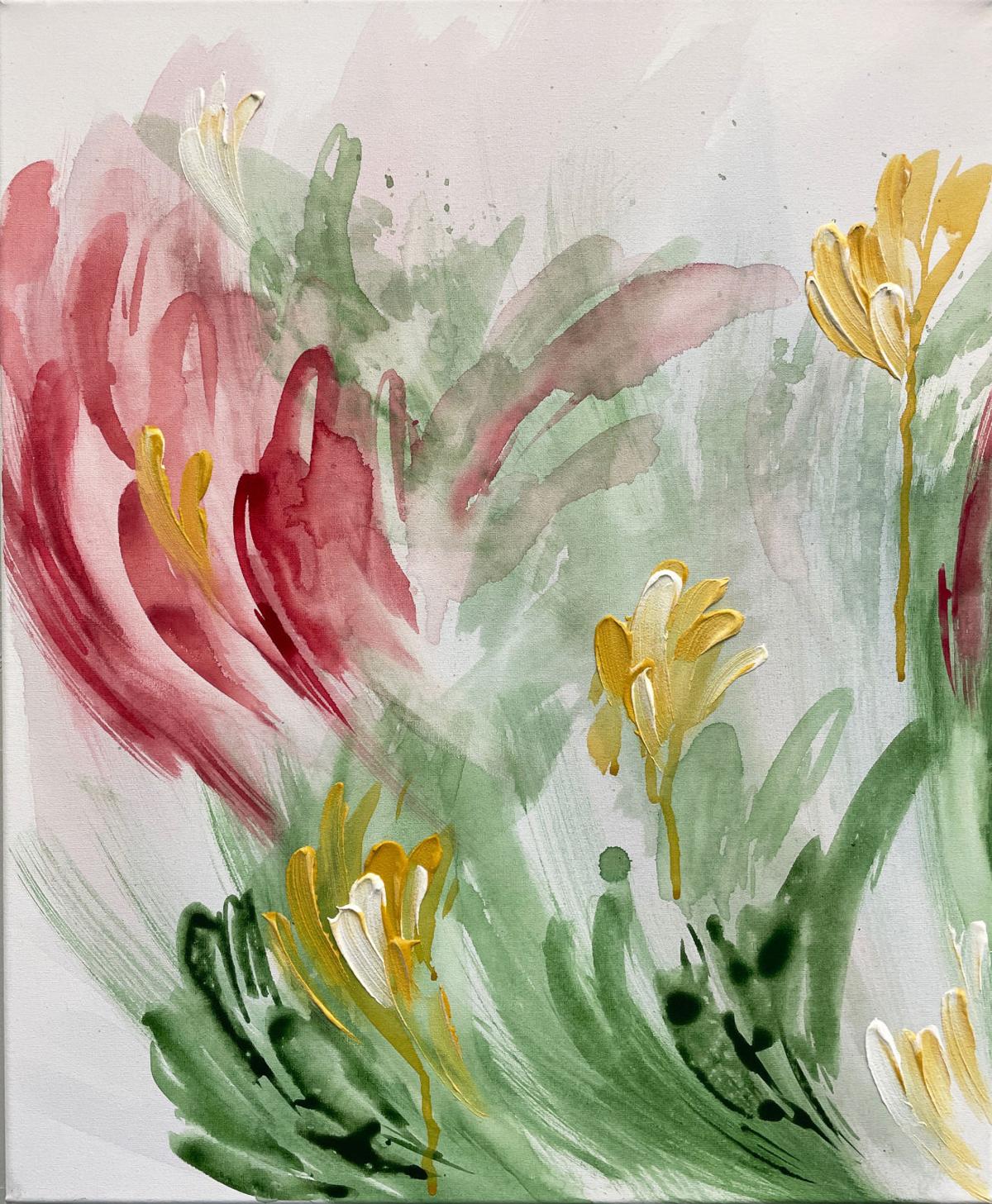 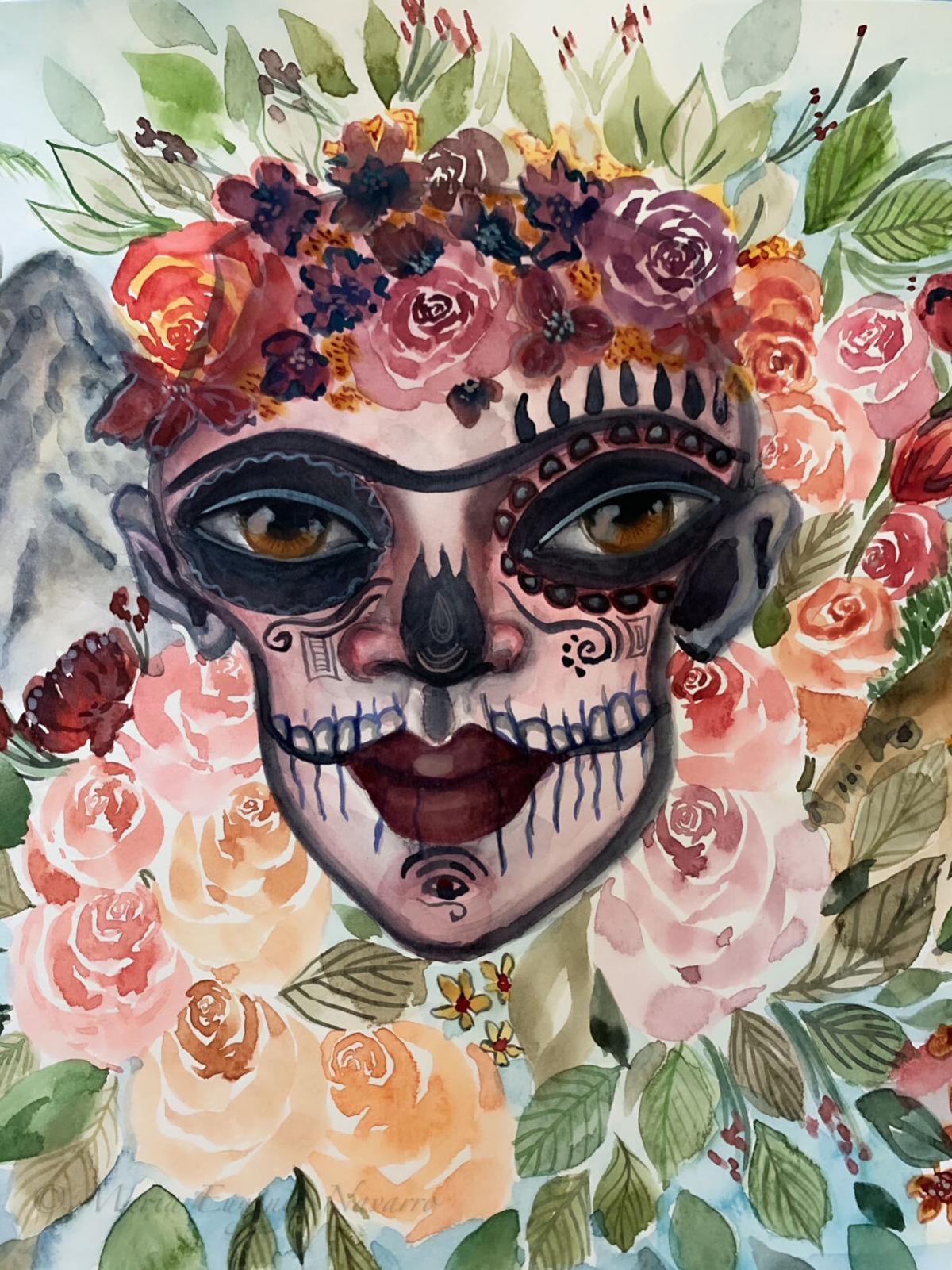 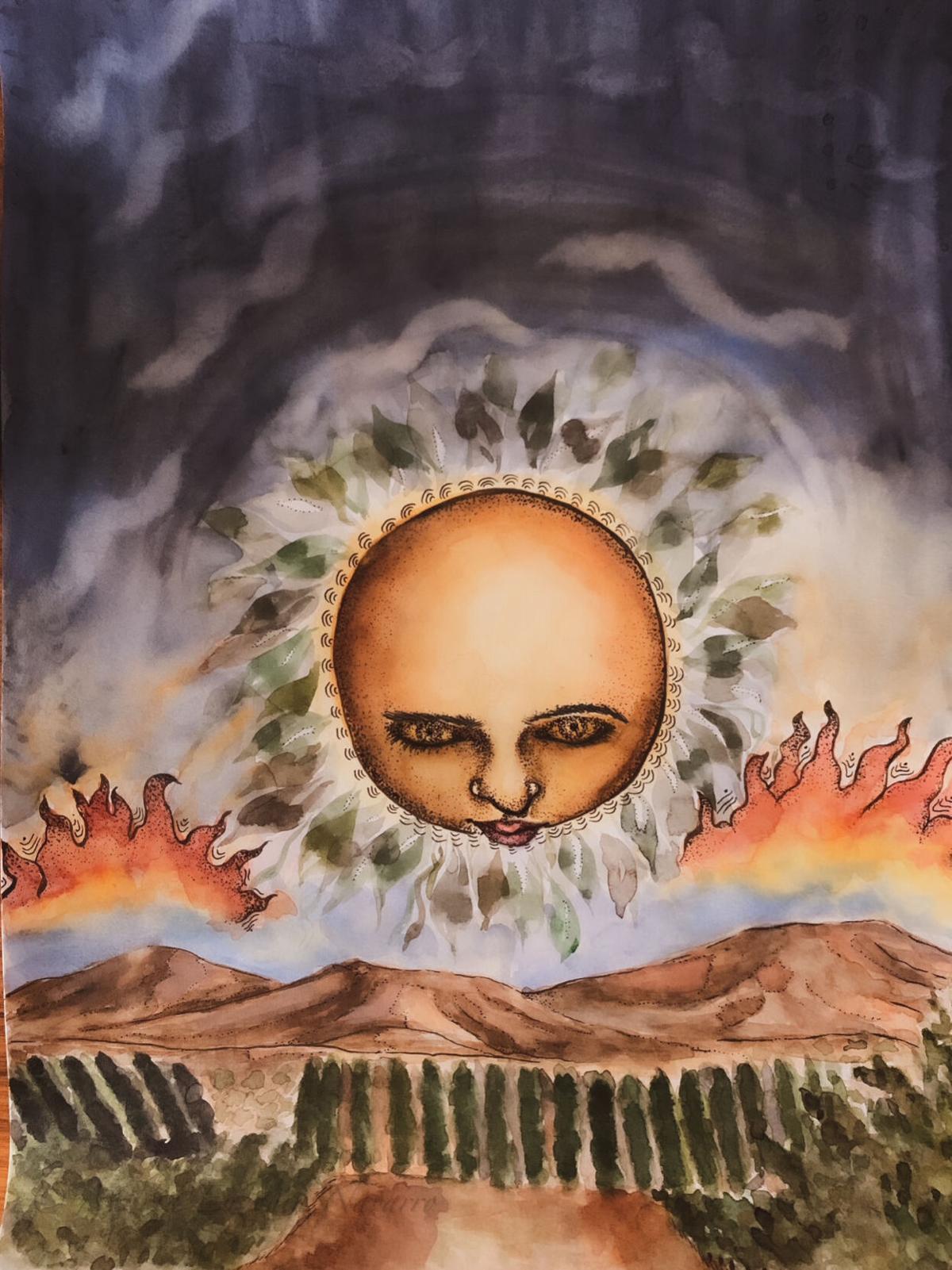 Watercolor has been used as a painting medium for hundreds of years. Because it consists of pigments floating in water, it is popular because of its transparent, luminous quality.

The origins of watercolor extend back to prehistoric paintings on cave walls and painting on papyrus in early Egyptian times, and in Chinese painting as early as 4000 B.C. In Europe it has origins back to the Middle Ages when pigments were mixed with gum, egg or water and used to illuminate manuscripts.

Watercolor was a popular medium in England in the 18th century, and in the 19th and 20th centuries was a serious medium for many prominent artists, including John James Audubon, who was recently exhibited at the Northwest Museum of Art and Culture in Spokane.

It is not surprising that watercolor remains popular in modern times, and you can see how local artists are using it in the most recent exhibit at Oak Hollow Gallery in Yakima.

Two artists, Maria Navarro and Aislinn Hematyar Kalstad, have been paired in the exhibit “Growth: A Moment of Blooming,” now showing through Oct. 29.

Navarro is a watercolor artist based in Yakima who was born and raised in Toppenish. “From a very young age I spent my summers in the orchards picking fruit with my family,” she says. “Art has been a part of my life since I can remember, and I was later introduced to watercolor painting in high school art class.”

She graduated from Washington State University in 2016 with degrees in economic sciences and foreign languages, and came back to the Yakima Valley to pursue a career in banking.

“Painting is my favorite pastime,” Navarro says. “It creates a balance in my life that is much needed after working in a non-art field. Painting is my little escape each morning, it’s a necessity that keeps me going. Watercolor specifically doesn’t like to be controlled, and that is something I have come to love but was very challenged with when learning the medium at first. It has allowed me to let go, to trust the process, as I let the water seep through the paper and colors mesh into each other.”

Born on the coast of Oregon and raised in Eugene, Aislinn Hematyar Kalstad says “the gorgeousness of the Pacific Northwest has never escaped me. Though, I’ve grown a stronger love and appreciation for nature since first painting it in late 2017 after moving to the drier, less forested Yakima.” She says of Yakima: “It’s become my constant inspiration for my artwork.”

Rosie Saldana, organizer of the exhibit, said “Aislinn Hematyar Kalstad’s most recent collection lives in unison with Maria Navarro’s inspiring watercolors as they often find influence from the same colors and subjects.”

You can meet Kalstad and Navarro at a reception from 11 a.m. to 1 p.m. Saturday at Oak Hollow Gallery, 5631 Summitview Ave. in Yakima.