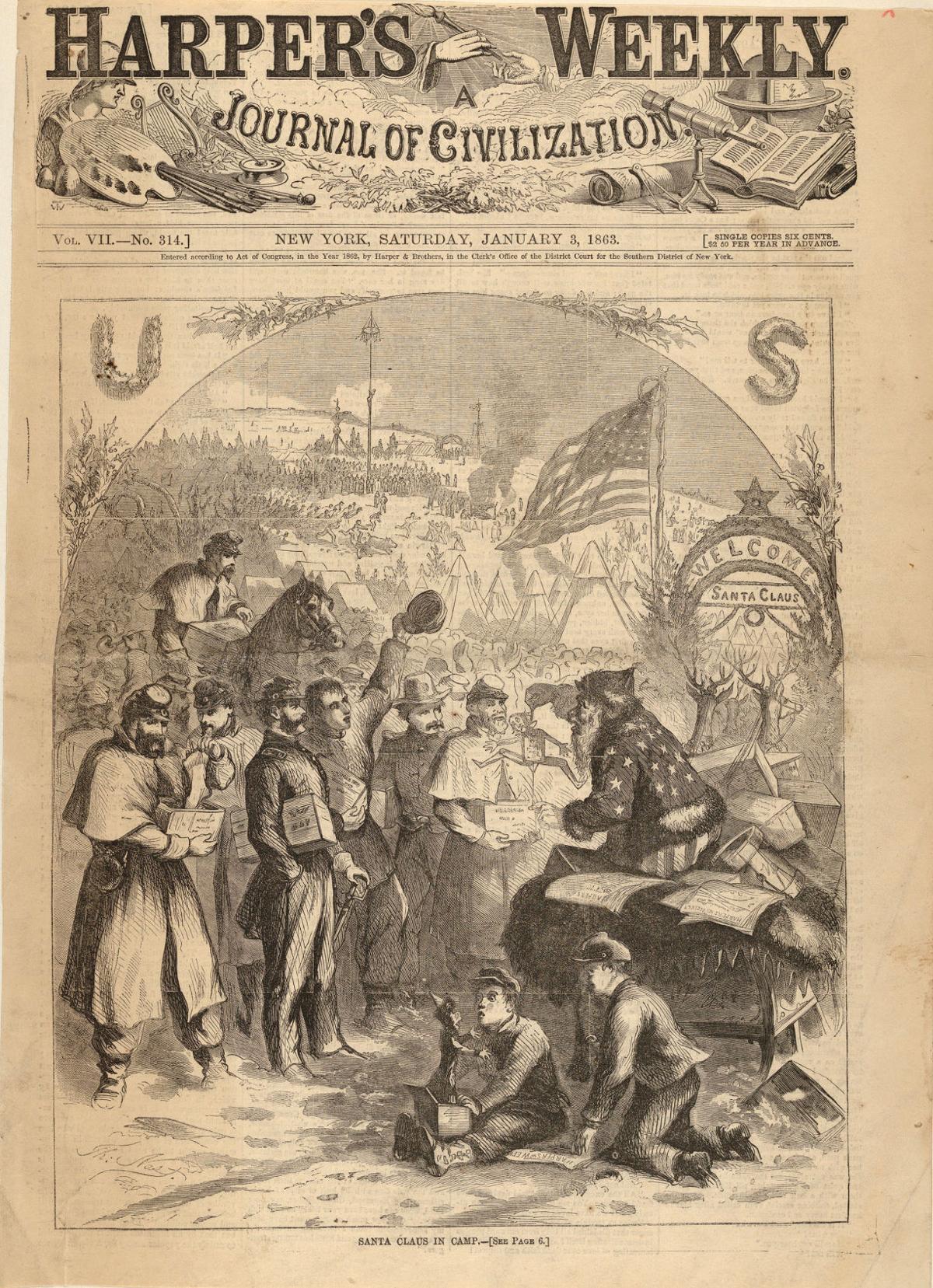 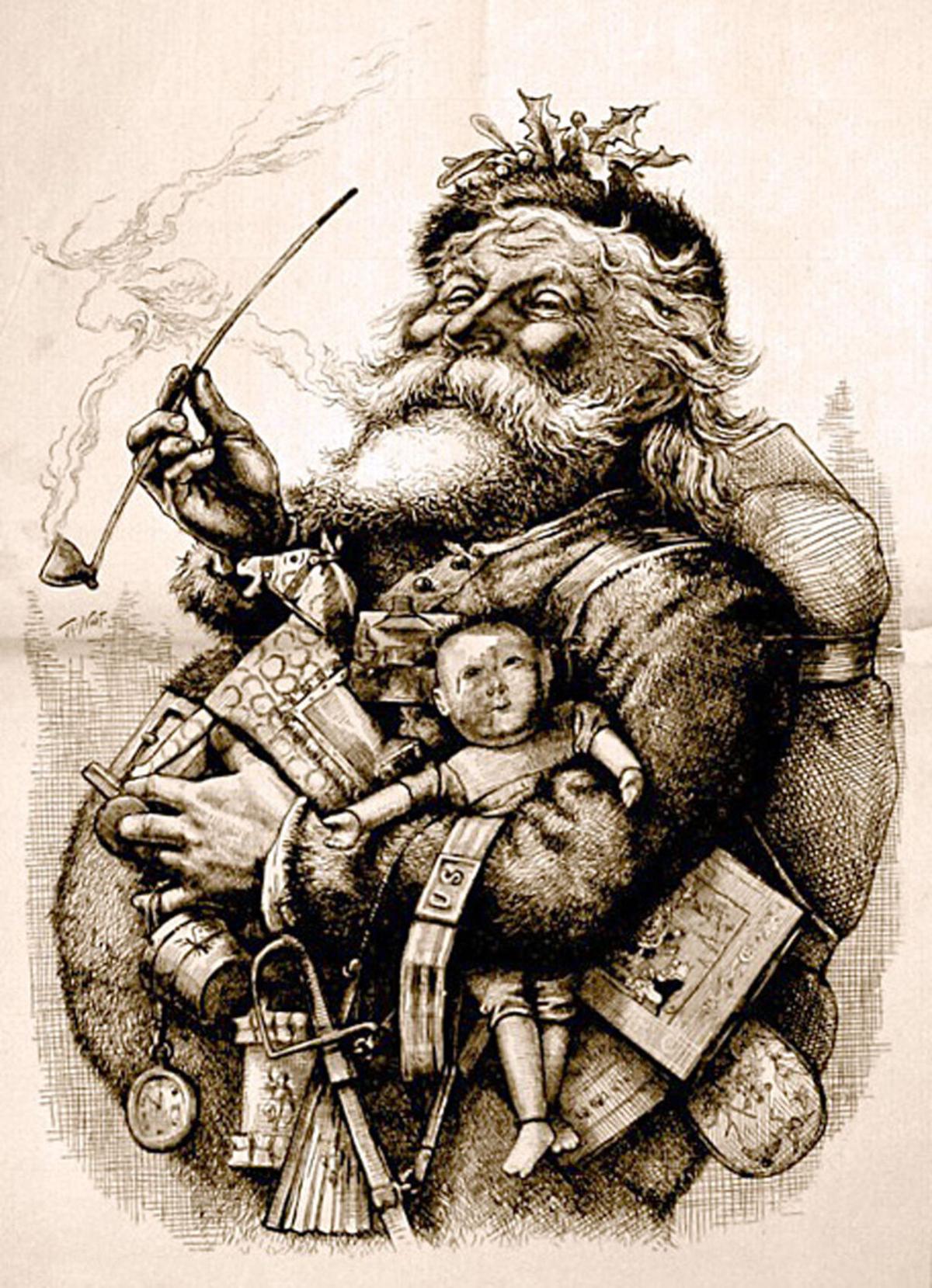 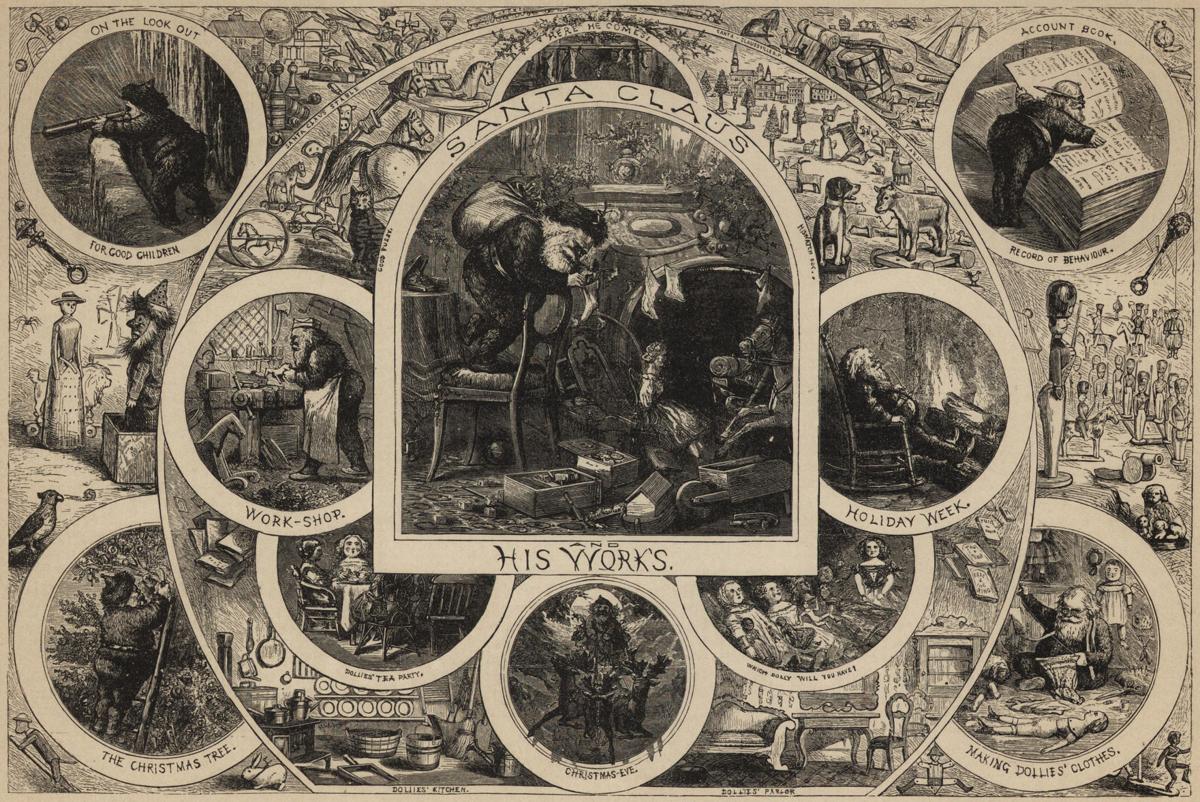 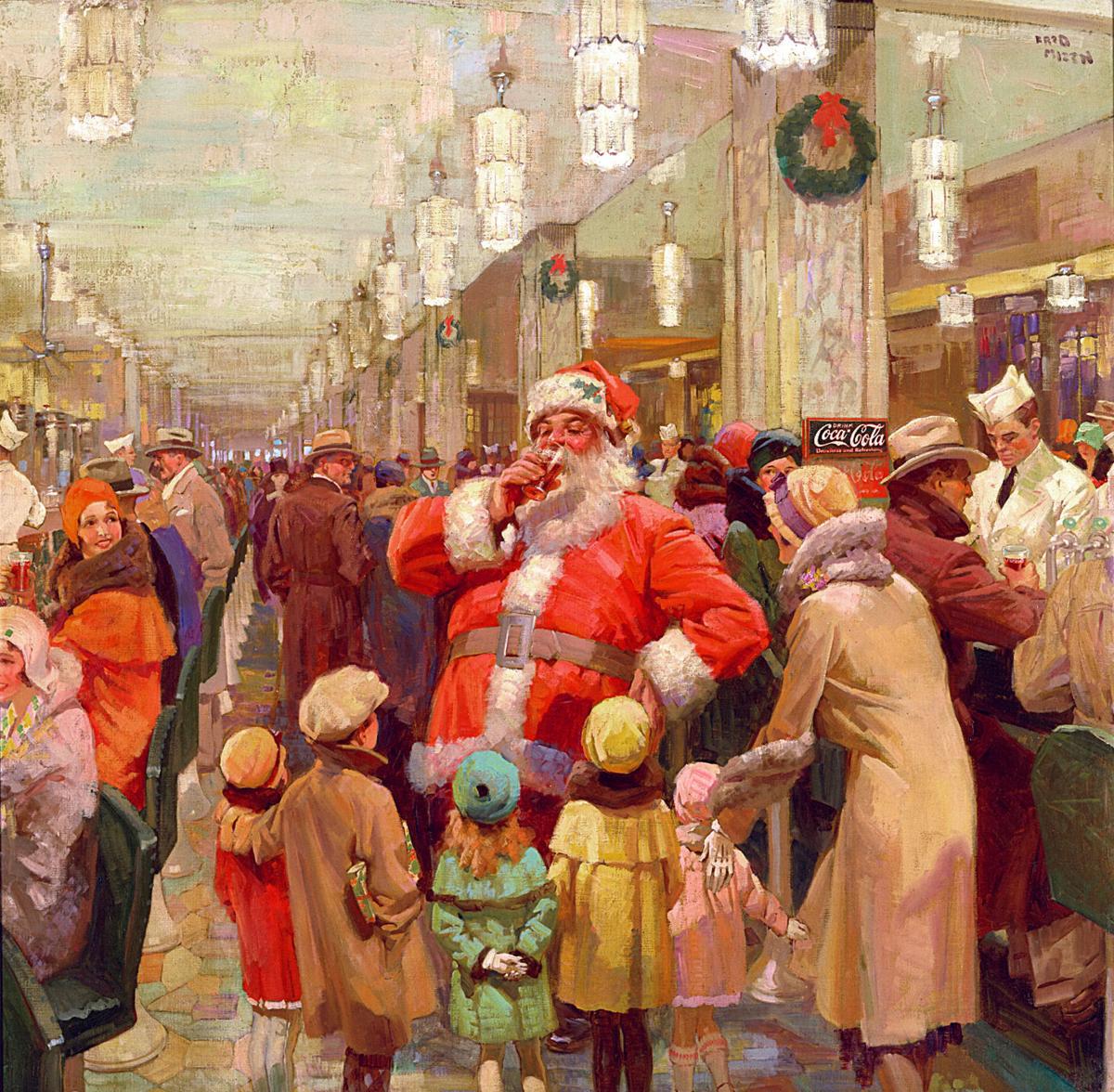 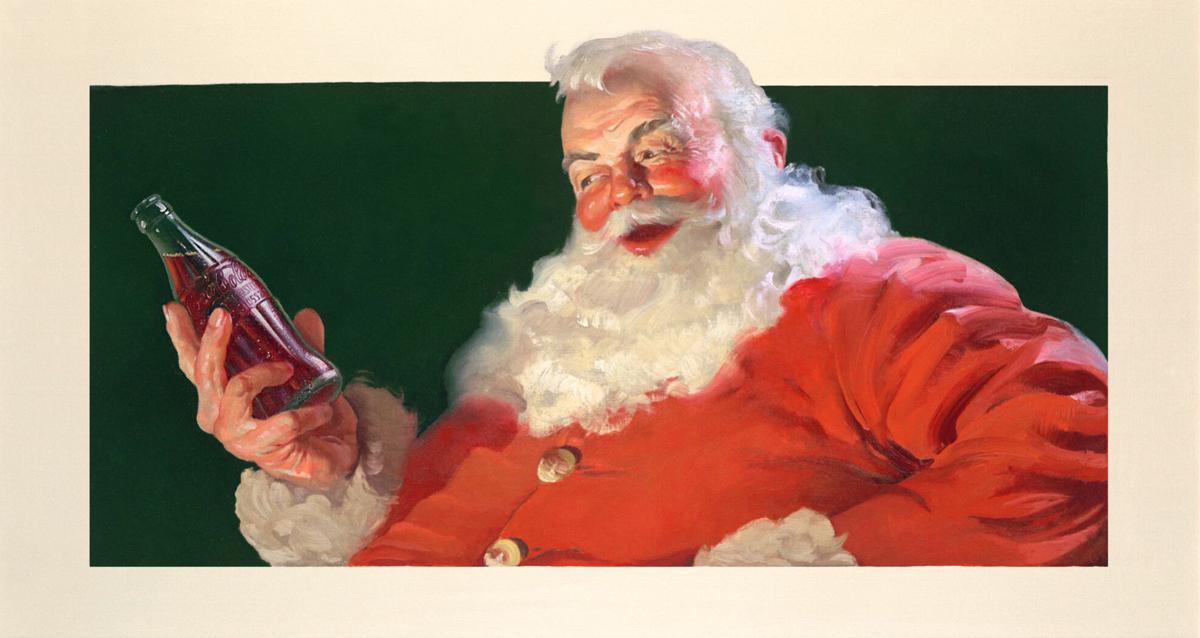 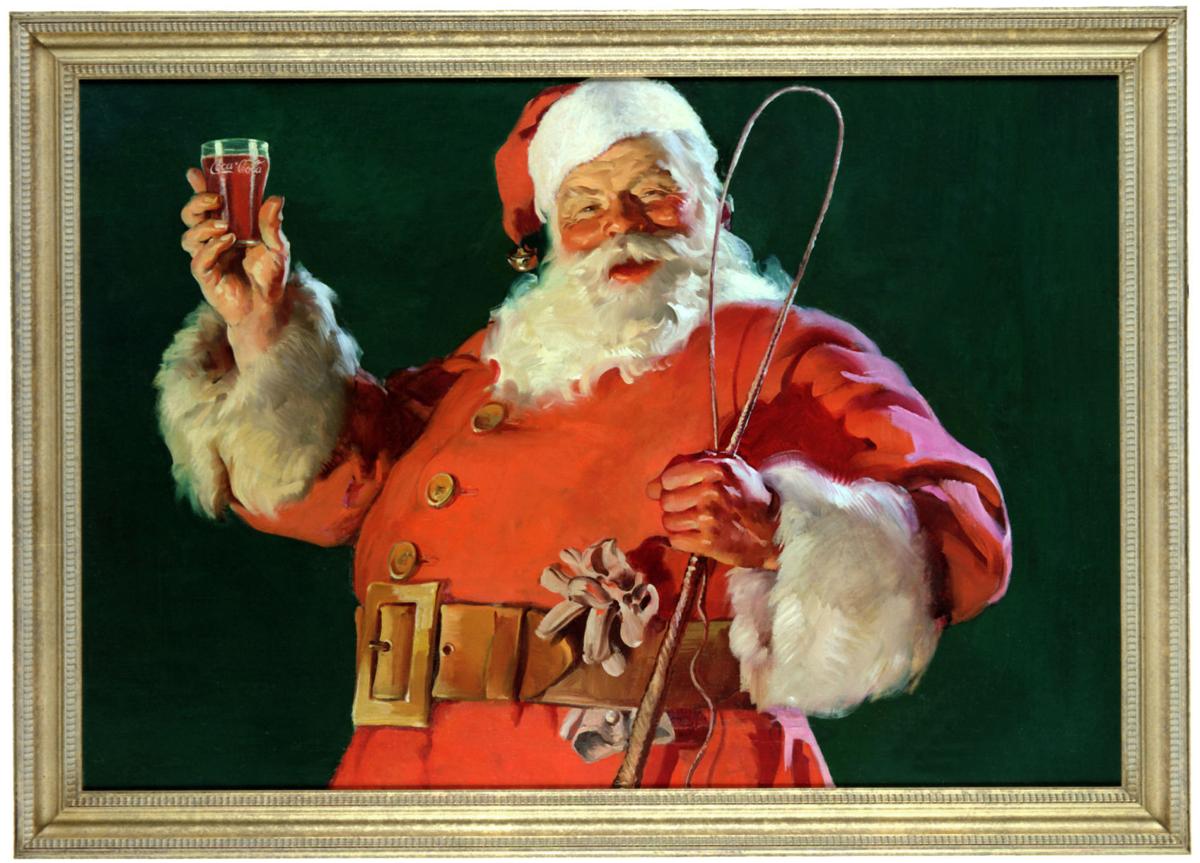 I correlate my own interest in art history to that of a toddler — always wanting to know “why.” I enjoy digging deep into the origins of tradition, and the legend of Santa is one of those that captures my interest. His origin, of course, is found in the countenance of St. Nicholas.

Nicholas was born in the third century of the Common Era in the village of Patara. The area was Greek at the time; it is now on the southern coast of Turkey. He was made bishop of Myra as a young man and became known for his generosity to those in need and his love for children.

By the Middle Ages, Nicholas’ fame had spread to much of Europe, as his relics were disseminated to churches in Italy. St. Nicholas’ popularity eventually spread to northern Europe, where stories of him mingled with Teutonic folktales of elves and sky-chariots. In the Netherlands, St. Nicholas took on the Dutch-friendly spelling of Sinterklaas, a shortened form of Sint Nikolaas.

St. Nicholas got his first introduction into American popular culture toward the end of the 18th century. In 1773, Dutch families in New York gathered to honor the anniversary of the death of Sinterklaas, which was traditionally celebrated on Dec. 6.

In 1822, a Christmas poem called “An Account of a Visit from St. Nicholas” was written and attributed to Episcopal minister Clement Clarke Moore. In Moore’s poem, the figure had reverted to the name of St. Nicholas and was now “jolly,” “chubby and plump,” and “had a broad face and a little round belly that shook when he laughed, like a bowl full of jelly.”

The iconic version of Santa Claus as a jolly man in red with a white beard and a sack of toys was immortalized in 1863 when political cartoonist Thomas Nast drew on Moore’s poem to create an image of the character we know today.

His first depiction of Santa Claus in Harper’s Weekly showed him distributing presents to Union soldiers during the American Civil War.

By Christmas 1866, in “Santa Claus: His Works,” Nast depicted an even friendlier Santa. Nast showed toys being made as well delivered and he continues to add further details, such as noting that the Christmas workshop was at the North Pole.

Santa Claus, as drawn by Thomas Nast and by others, had become the central character of the secular part of Christmas.

By the 1870s, he was introduced into Britain, where he took the name of Father Christmas, a name used there that was akin to “The Ghost of Christmas Present” from the original 1843 “A Christmas Carol.” By the early 1900s, he was known around the world.

In 1930, artist Fred Mizen painted a department-store Santa Claus for the Coca-Cola Co. Santa is seen in the Famous Barr Co. in St. Louis, Mo., drinking a bottle of Coke. The ad appeared in The Saturday Evening Post in December 1930.

Sundblom created his final version of Santa Claus in 1964, but for several decades to follow, Coca-Cola advertising featured images of Santa based on Sundblom’s original works.

Sundblom’s original paintings are cared for in the art collection in the Coca Cola Co.’s archives department and have been exhibited in places such as the Louvre in Paris, the Royal Ontario Museum in Toronto, the Museum of Science and Industry in Chicago, the Isetan Department Store in Tokyo, and the NK Department Store in Stockholm.