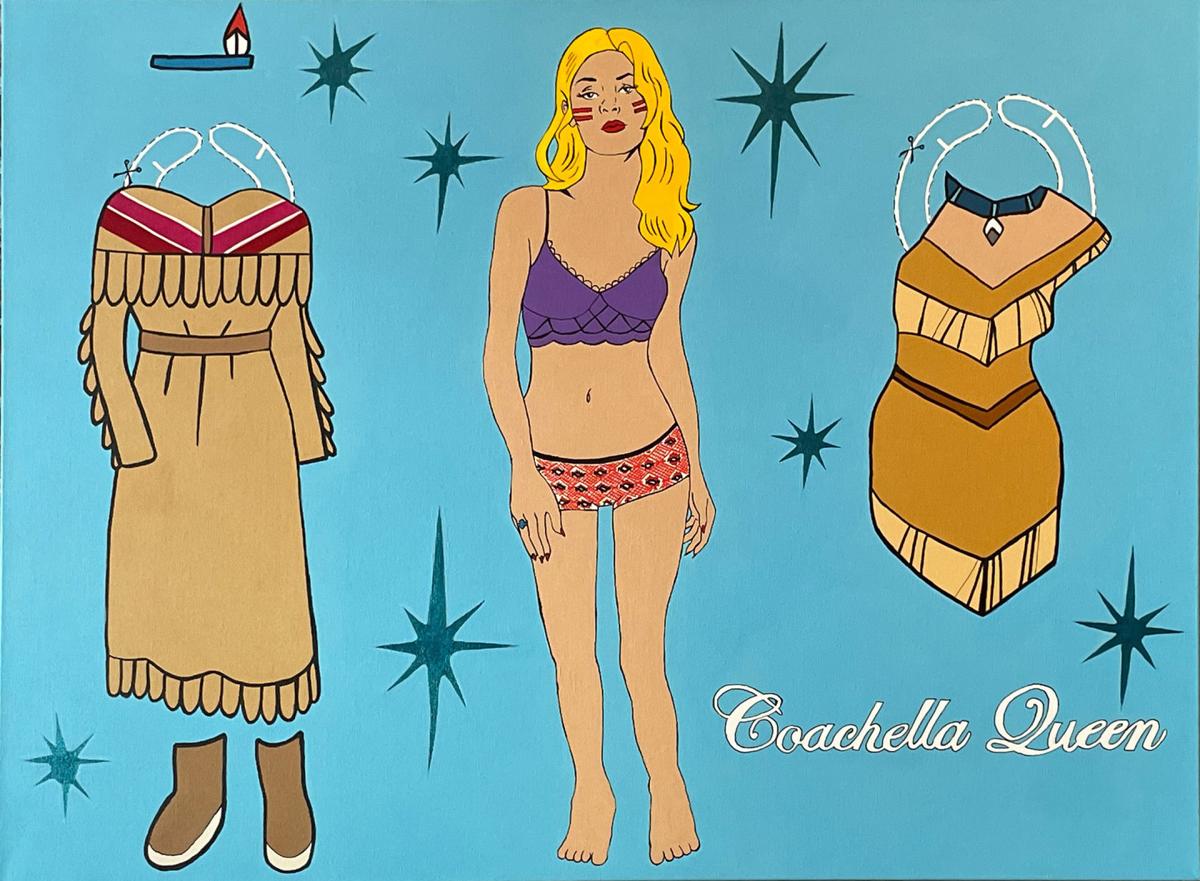 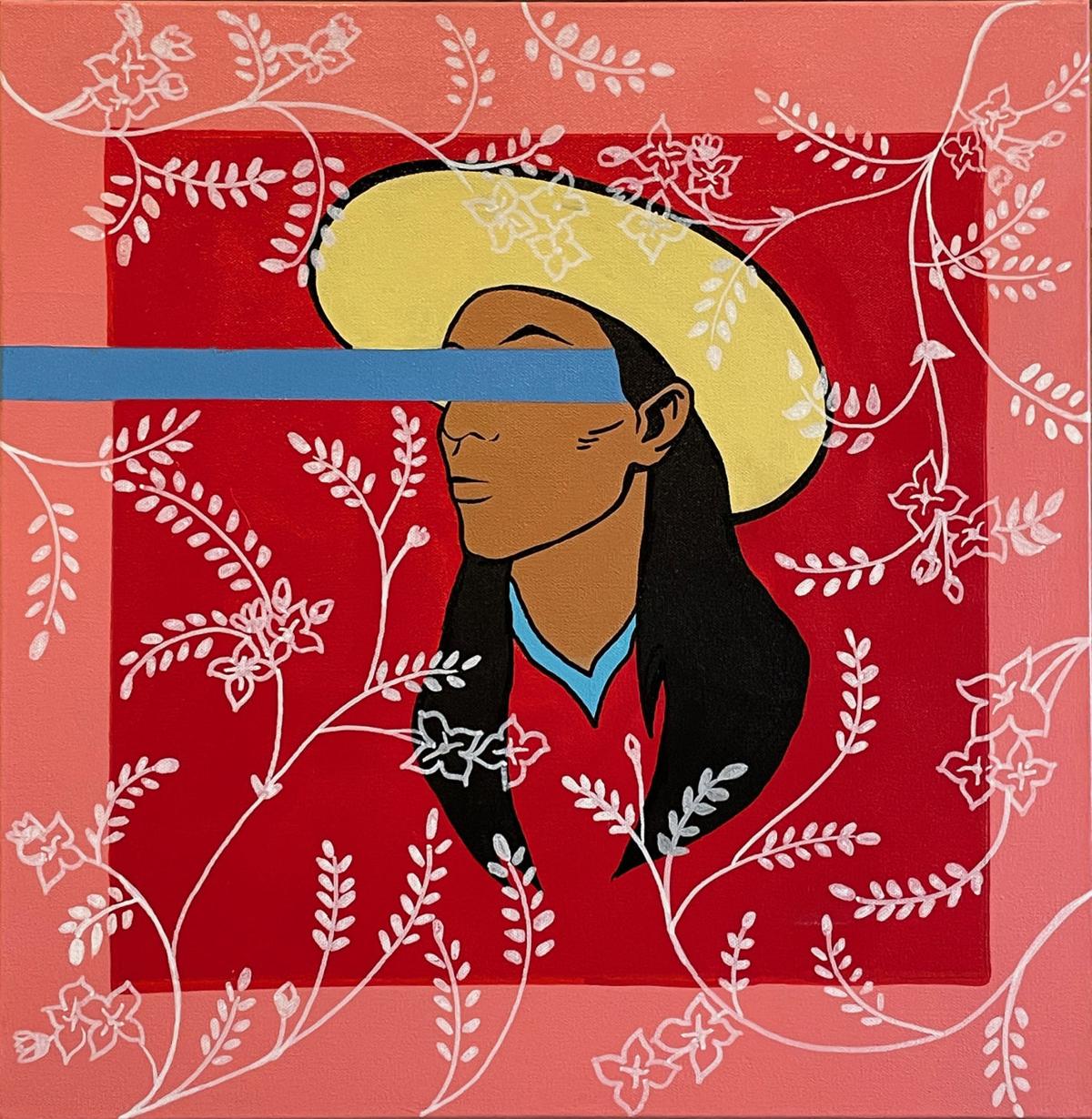 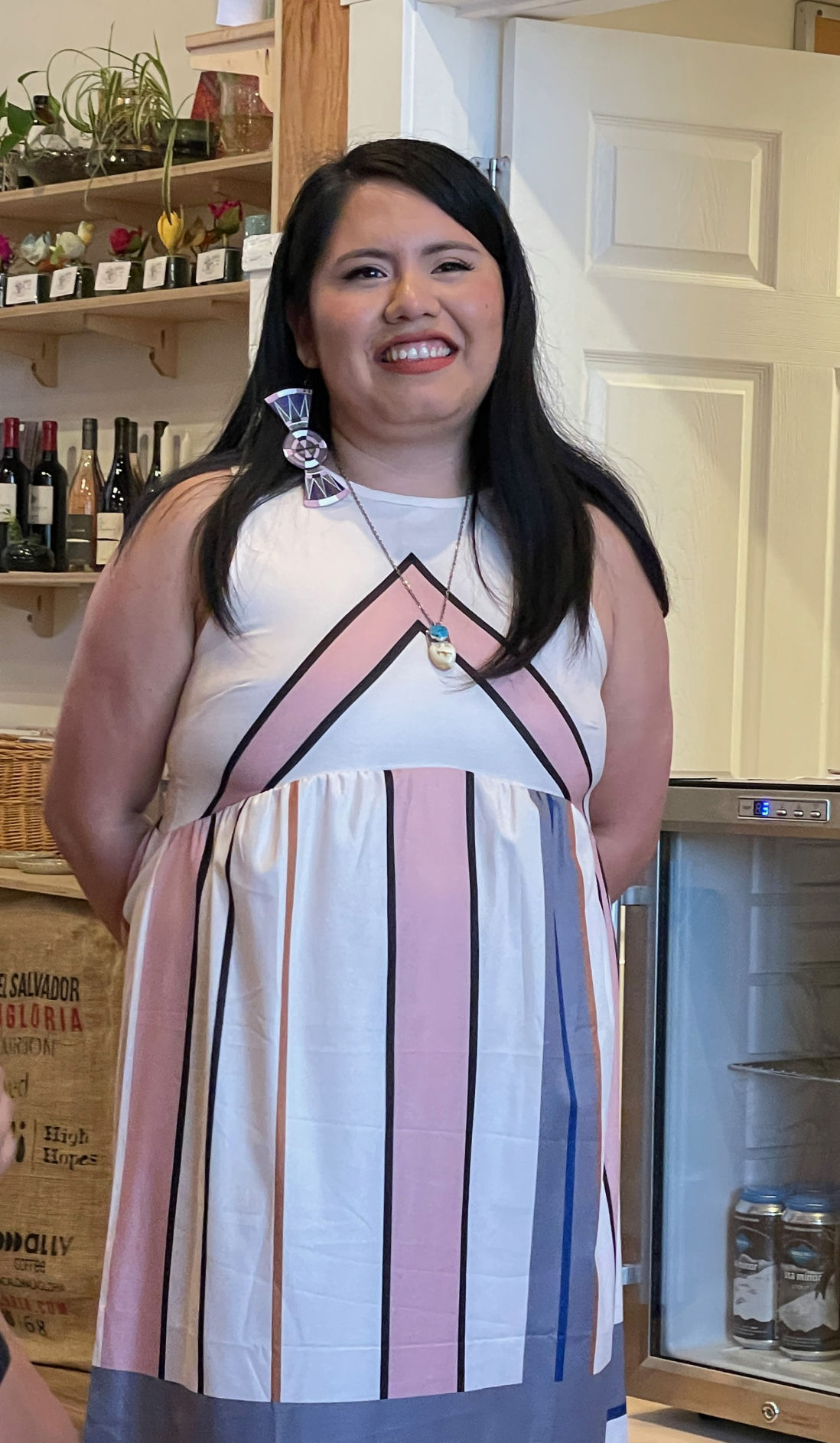 Artist Carmen Selam titled her exhibit “Indian Time” — first as a nod to the misnomer that Native Americans are always late, running on their own time, and second that this is “our time” for Native American artists to express themselves.

Selam grew up on the Yakama Reservation and is an enrolled tribal member. (She was even crowned Miss Yakama Nation in 2010.) She has created art “all her life,” Selam said while acknowledging her art teacher Laura Wise, who attended the opening. “You have to learn the rules to break the rules,” Selam said.

Selam is completing her master’s degree at the Institute of American Indian Arts in Santa Fe, N.M., where she lived for a time. She has relocated to Wapato.

Selam says she is “a multidisciplinary artist working in printmaking, painting and clay as well as the traditional tribal arts of weaving and beadwork. She continues: “My work explores the relationships between living on and off the reservation and how these relations influence my way of life. I tend to use iconography and popular culture as a tool to delve deeper into the untold indigenous history of America. My art is a reflection of living in contemporary society as a Yakama-Comanche woman.”

One of the mediums she works in is digital art, which was a direct response to using tools available during the pandemic. Her studio, she says, is her front porch.

She is influenced by pop art, such as the work created by Andy Warhol, because of its clean lines. This style is evident in her work “Coachella Queen.”

I asked her about a 20-inch square work titled “Kuthla’s Scarf.” The blue line extending from the woman’s eye represents looking forward with her energy.

The exhibit “Indian Time” can be seen at Collaboration Coffee until July 31.