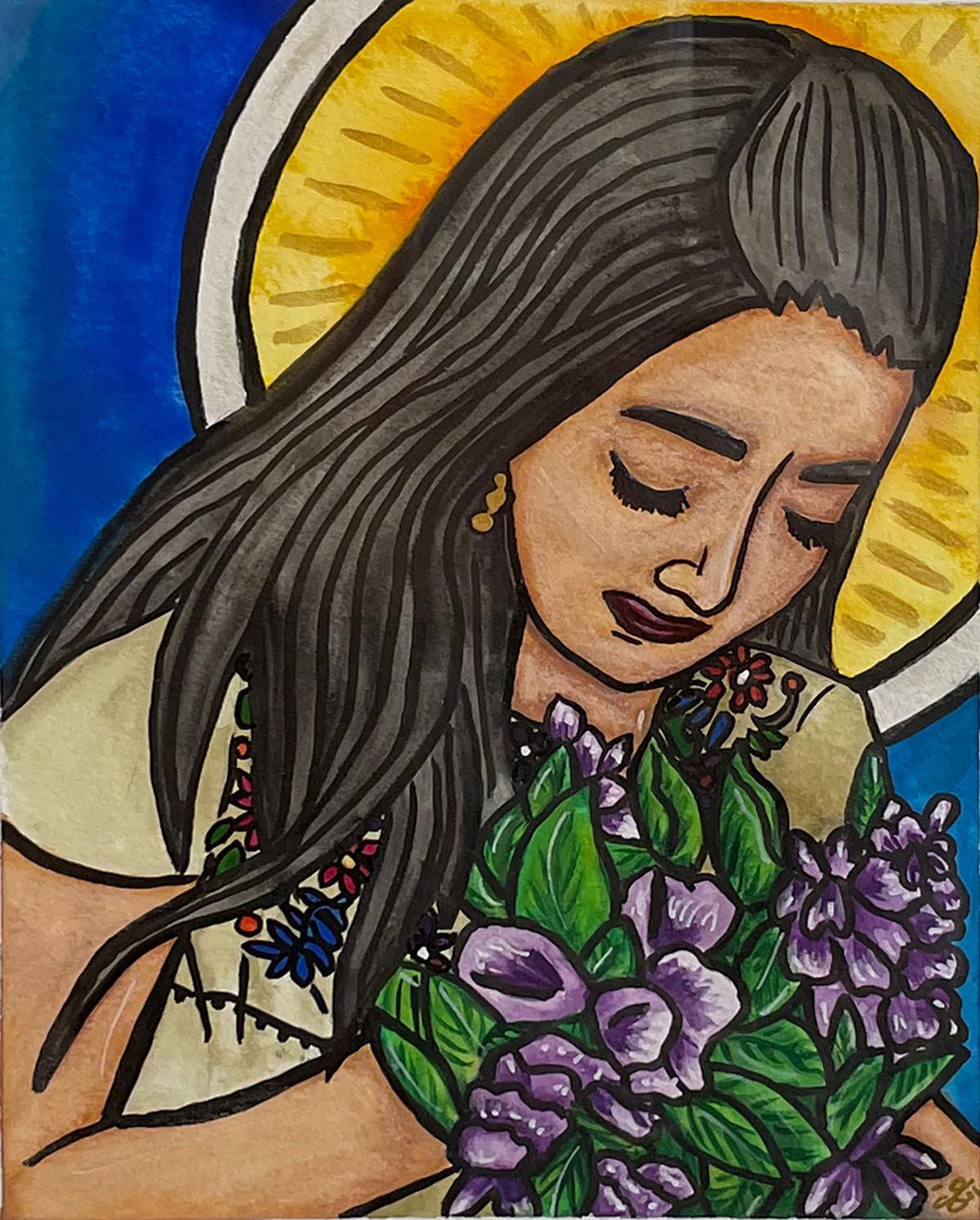 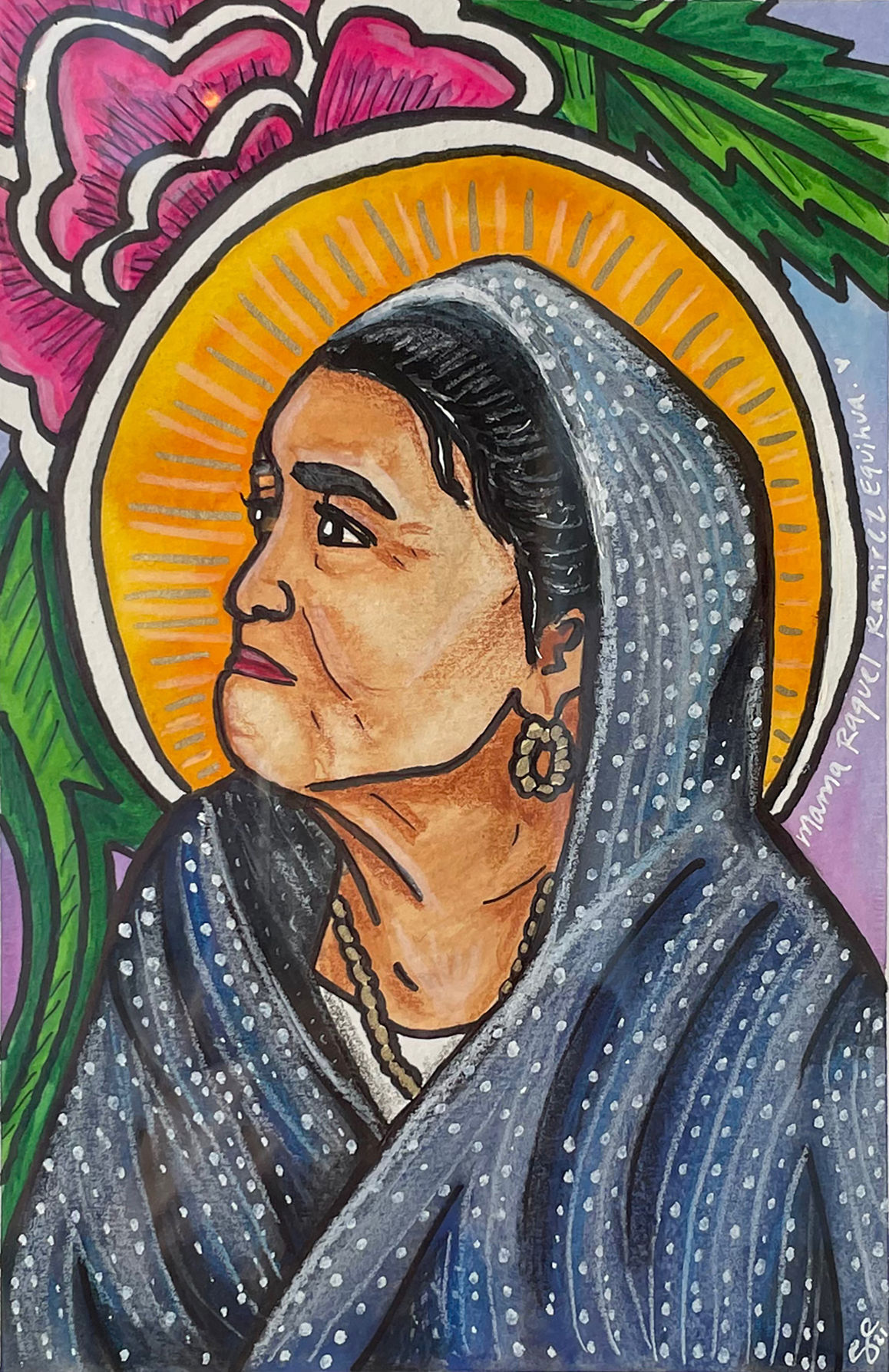 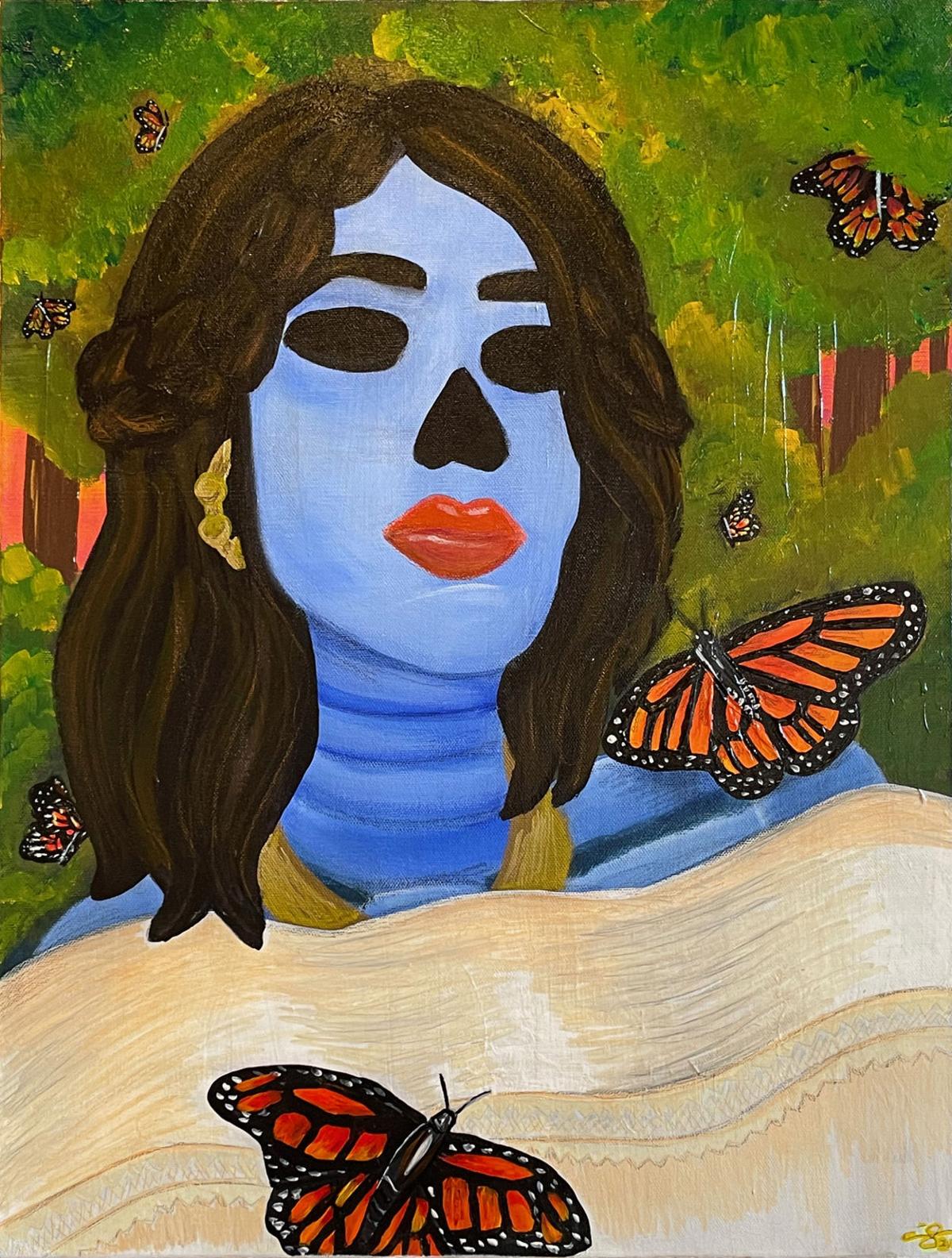 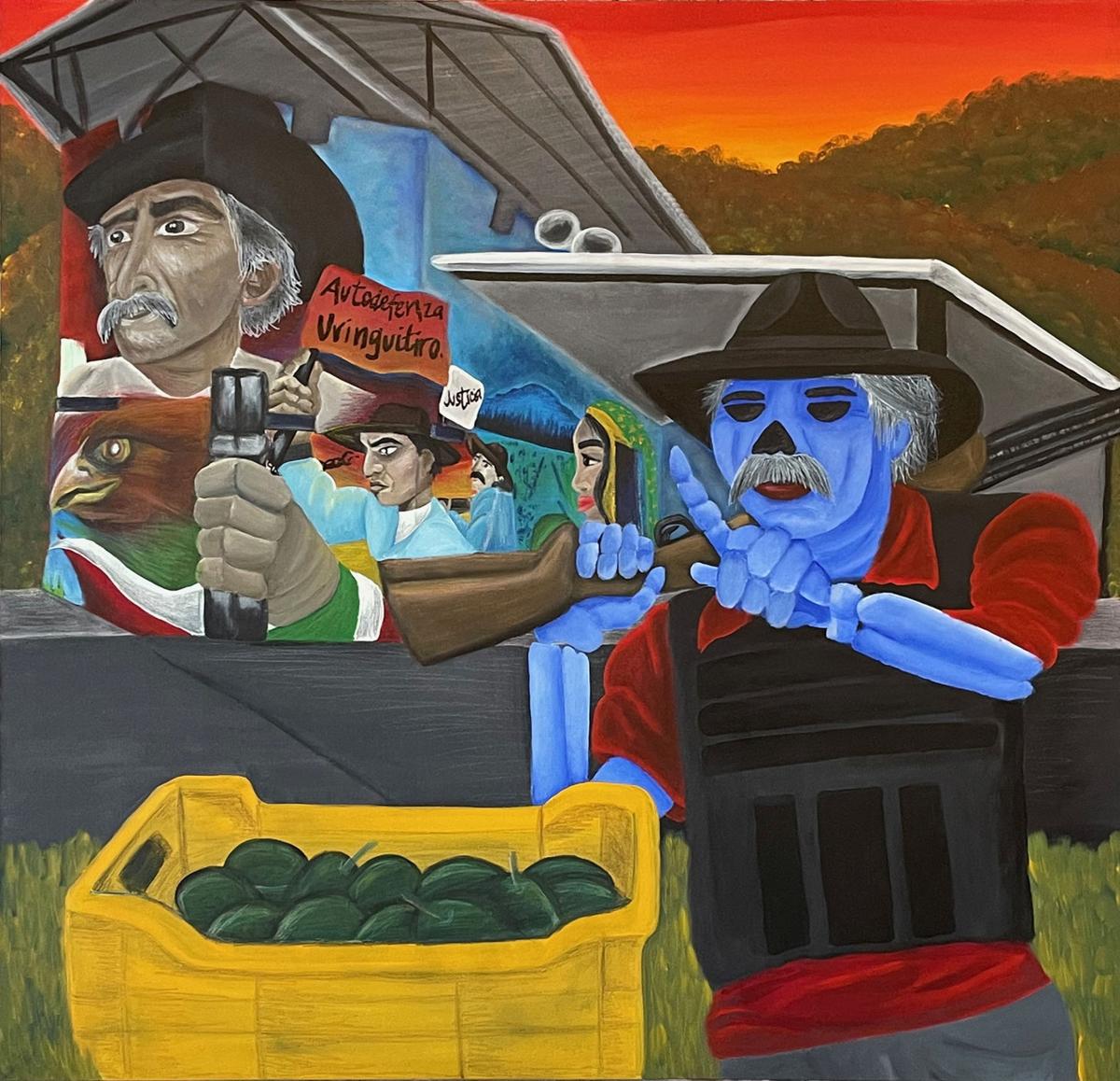 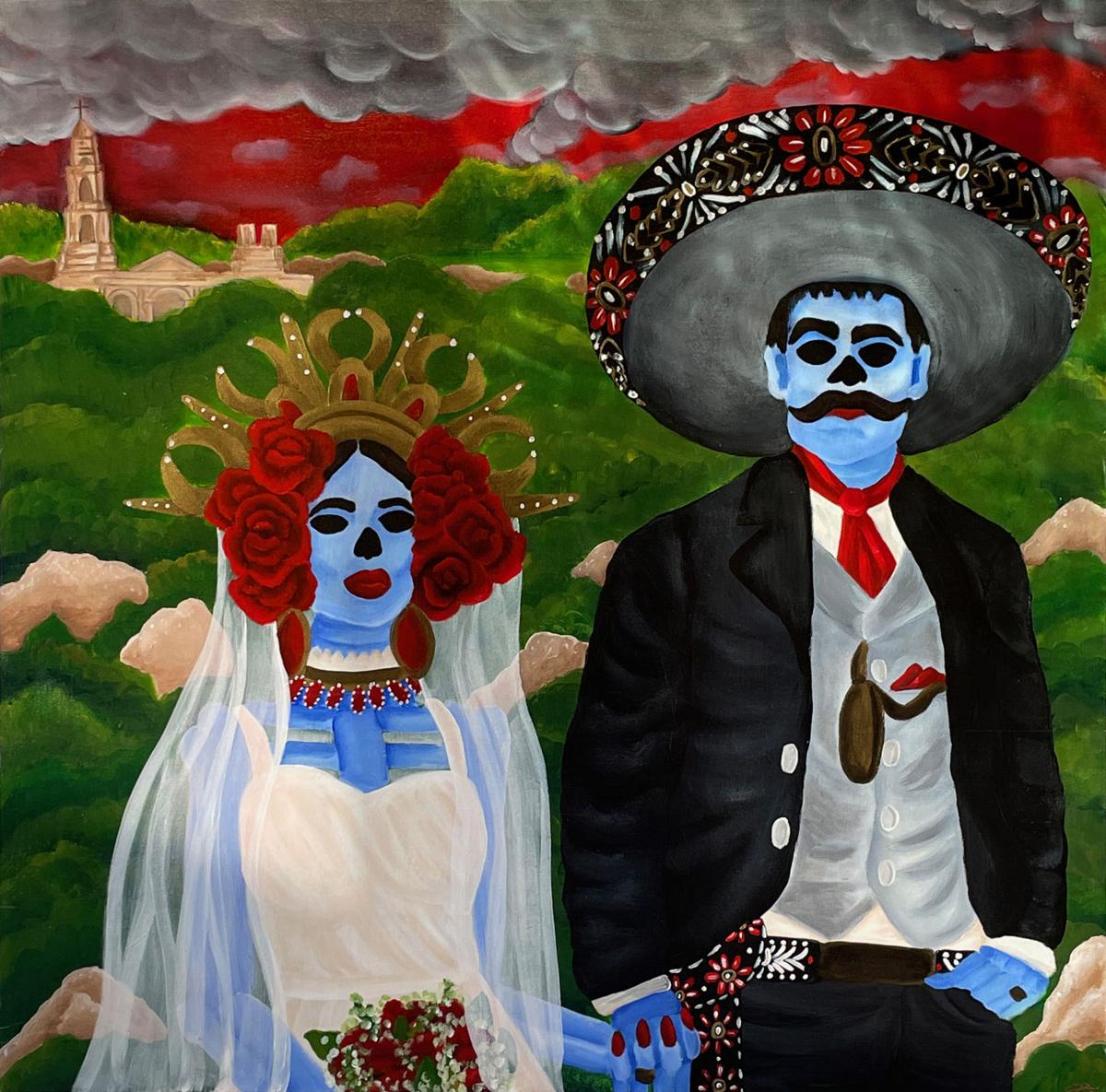 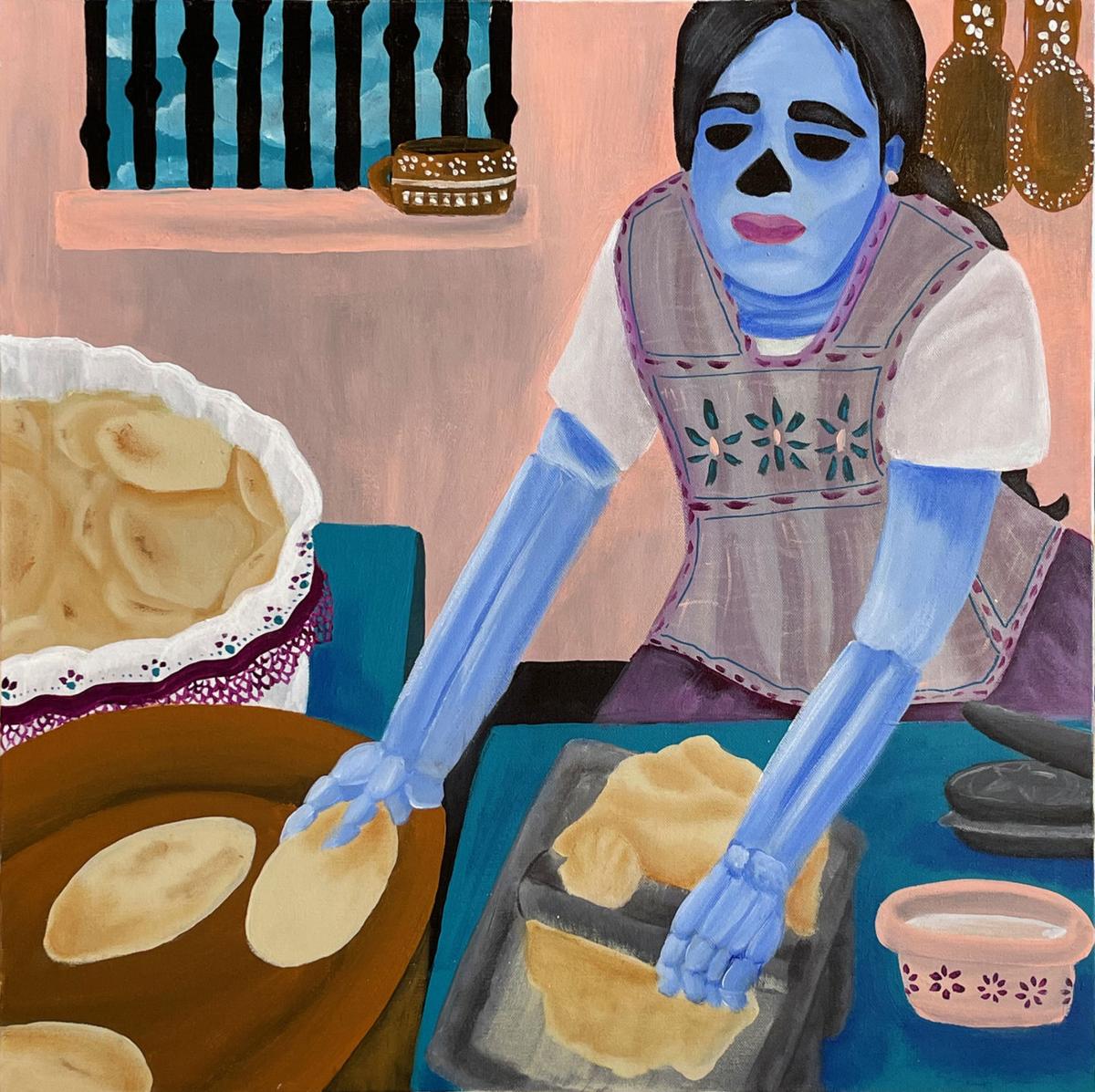 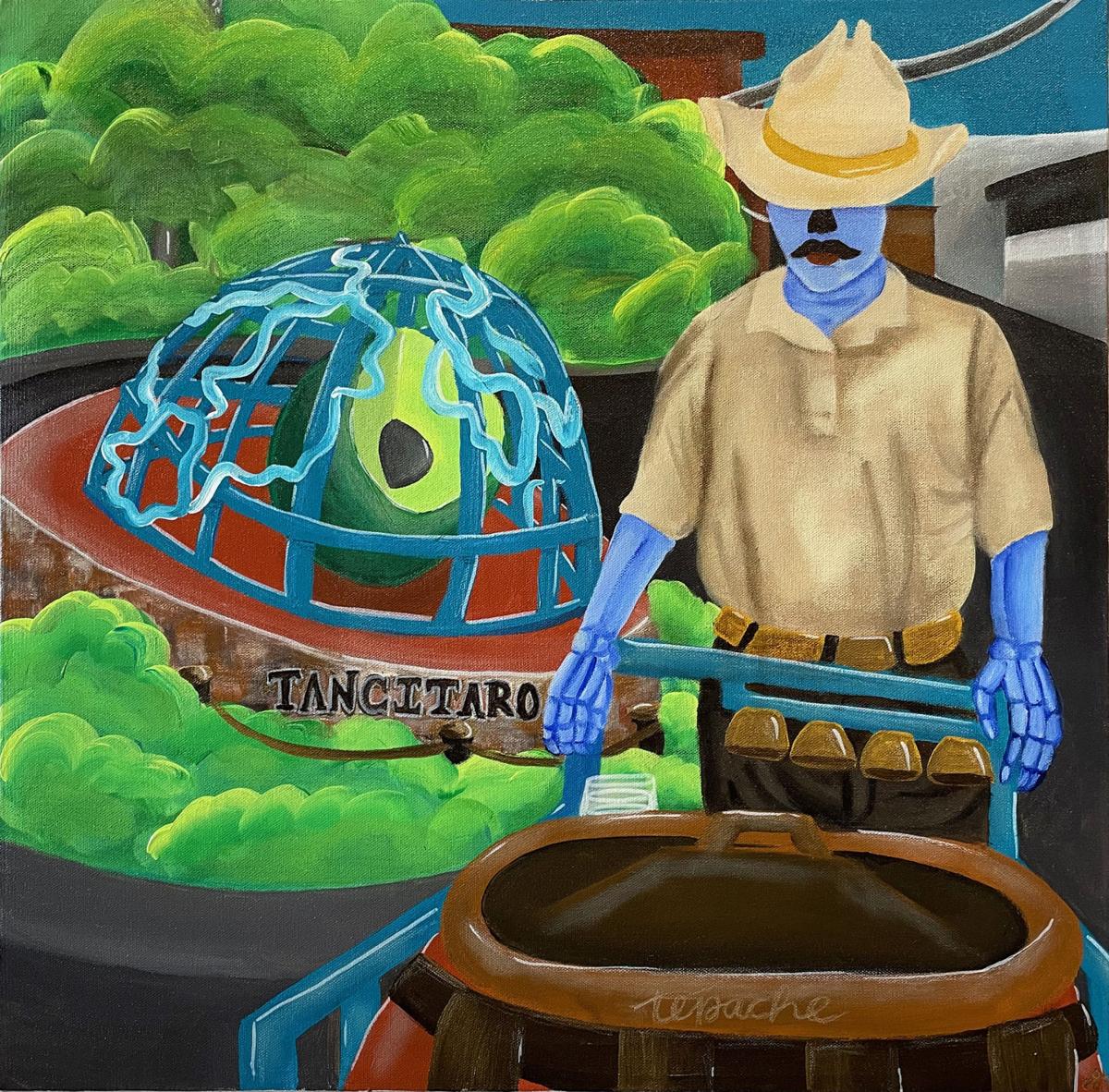 Attending the opening of Cindy Lemus’ “Cielito Lindo” at Collaboration Coffee last Friday made me realize that I have missed the opportunities to get together with other people and enjoy an art exhibit together.

Maddie Hicks, owner of Collaboration Coffee, was also the barista and wine steward, so it was fun to buy a glass and then greet everyone once you figured who was who behind the masks.

At one point, Lemus addressed the group and talked about the inspiration behind her work. She told us how the culture of Michoacán influences her artwork, as it is the home of her parents. Although violence and cartels are widely known in Mexico, her county in Michoacán is one of the safest.

Her painting “El Profesor Míreles y Los Autodefensas de Uringuitiro” shows José Manuel Mireles Valverde and how he fought against the cartels. She said a mural painted on a barricade on the edge of town says to the cartels: “We don’t want you here.”

Someone from the audience at this event had asked her about the use of blue in the skin color of her figures. She answered that it’s the beautiful blue of the Blue Catrina from the Day of the Dead celebration. It is also reminiscent of a piece she admired from Picasso’s blue period.

For Lemus, she says her work is “very bright and colorful” and “celebrates tradition,” but is “also reminiscent of struggles.”

In addition to her paintings of blue figures, she also has small watercolors of figures such as her grandmother Mama Raquel.

Cindy Lemus is an art teacher in Toppenish. You can view her exhibit “Cielito Lindo” at Collaboration Coffee through June 13.