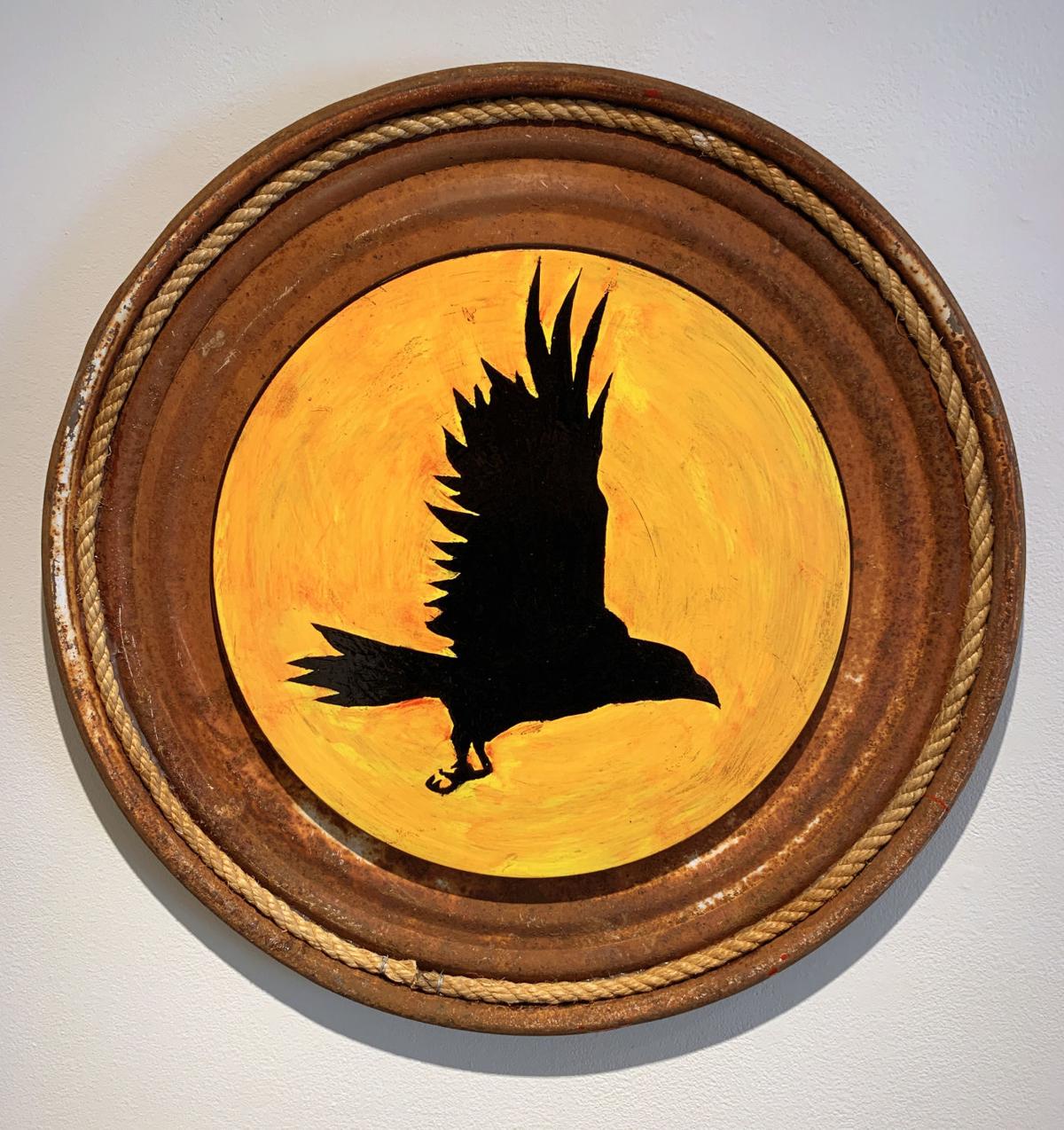 “Back to the Murder” by Billy Mac Maguire. 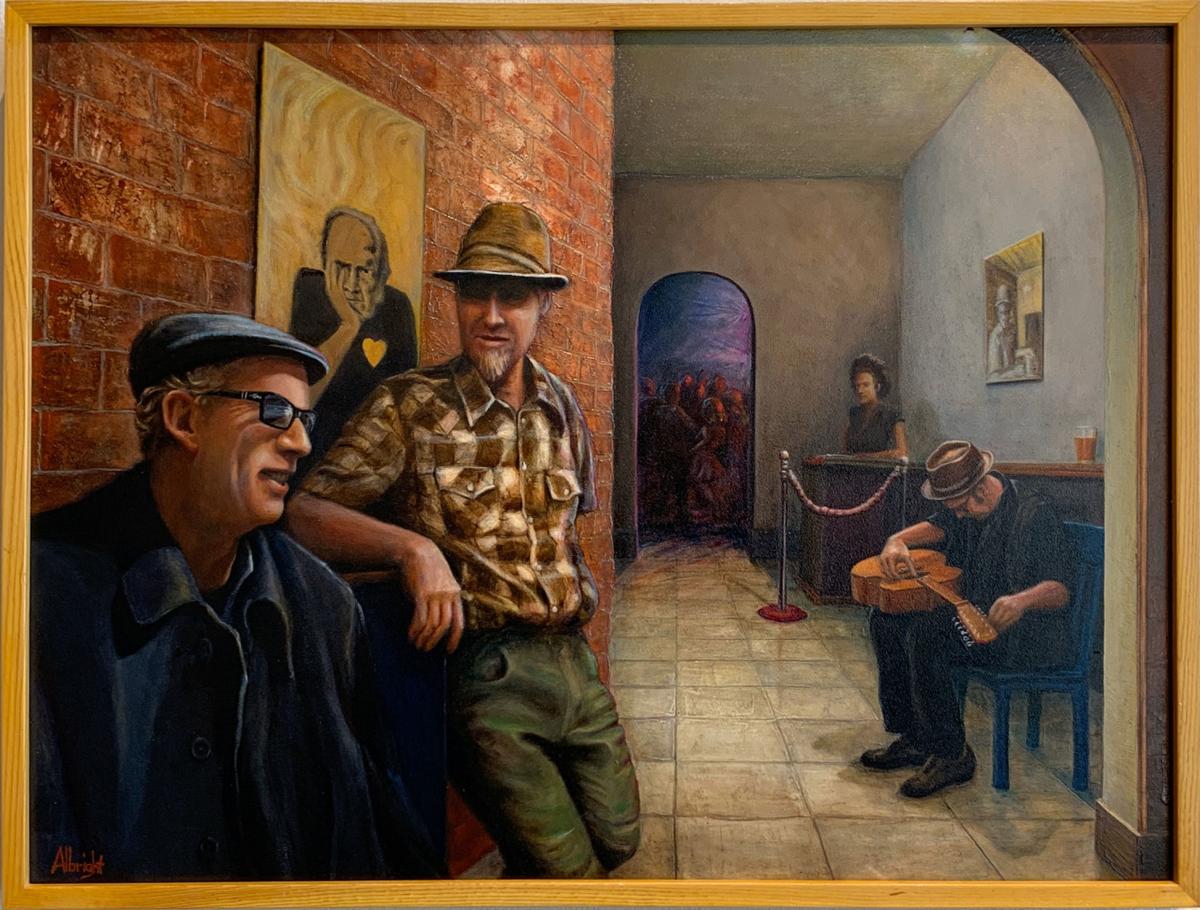 “Tuning for the Gigy” by Sam Albright. 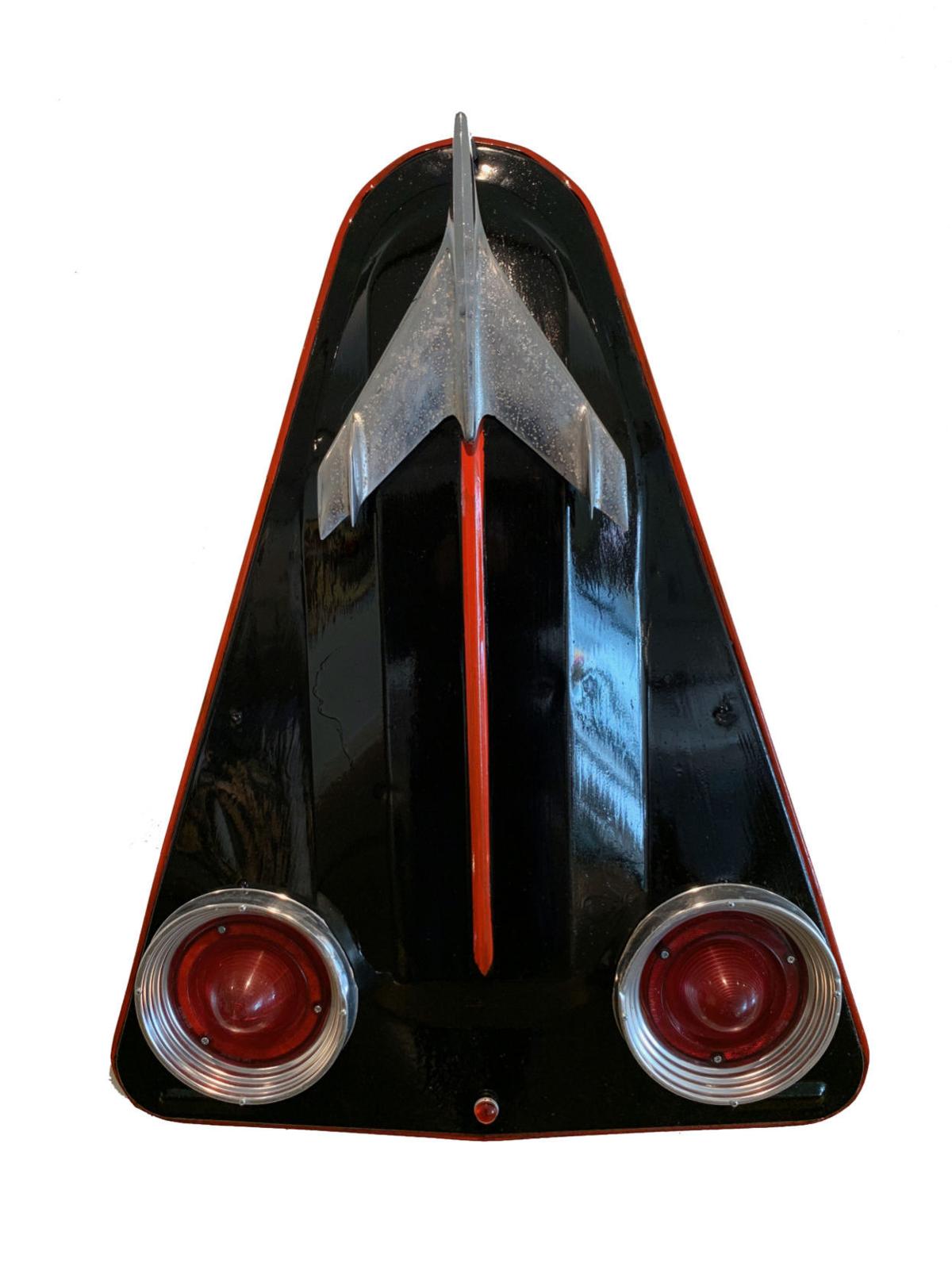 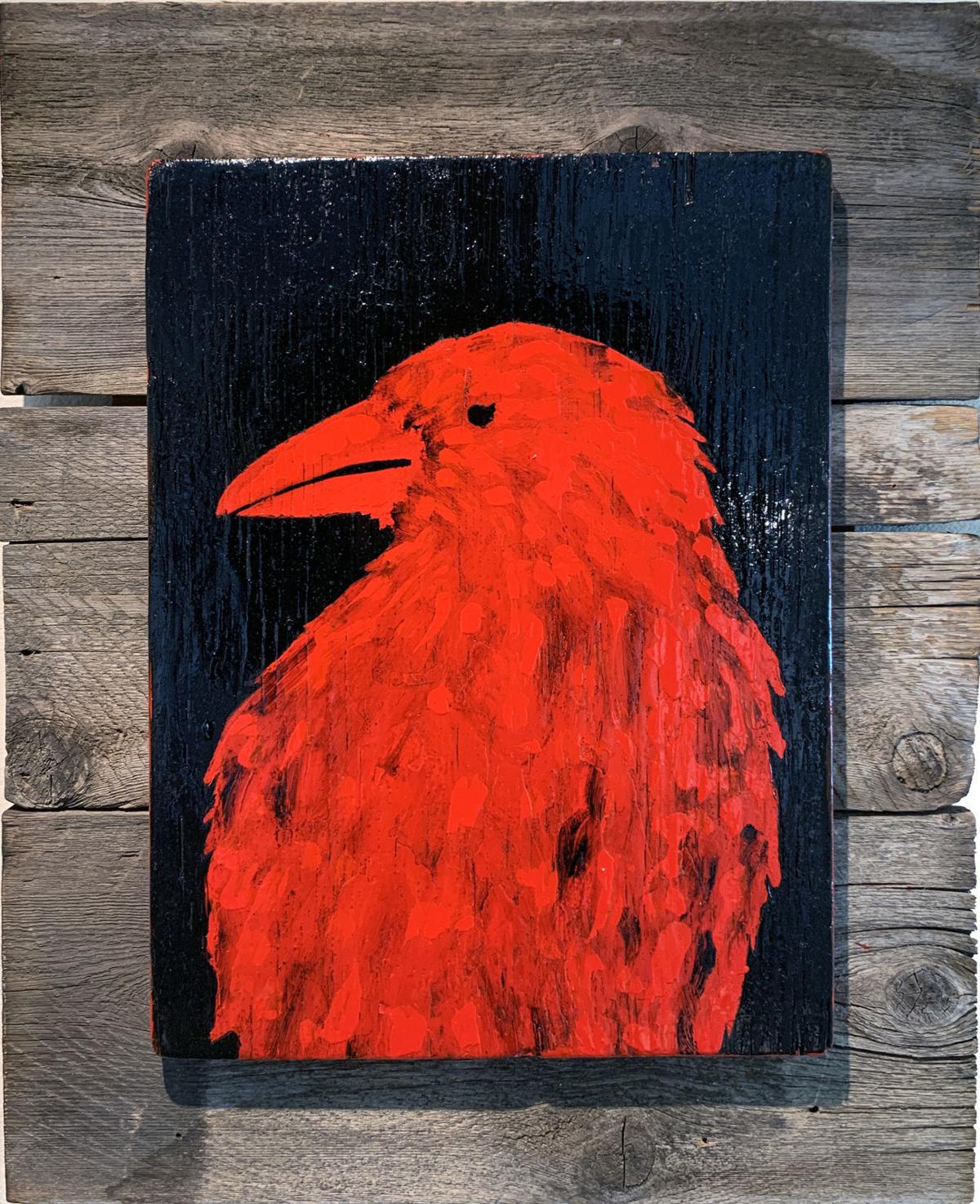 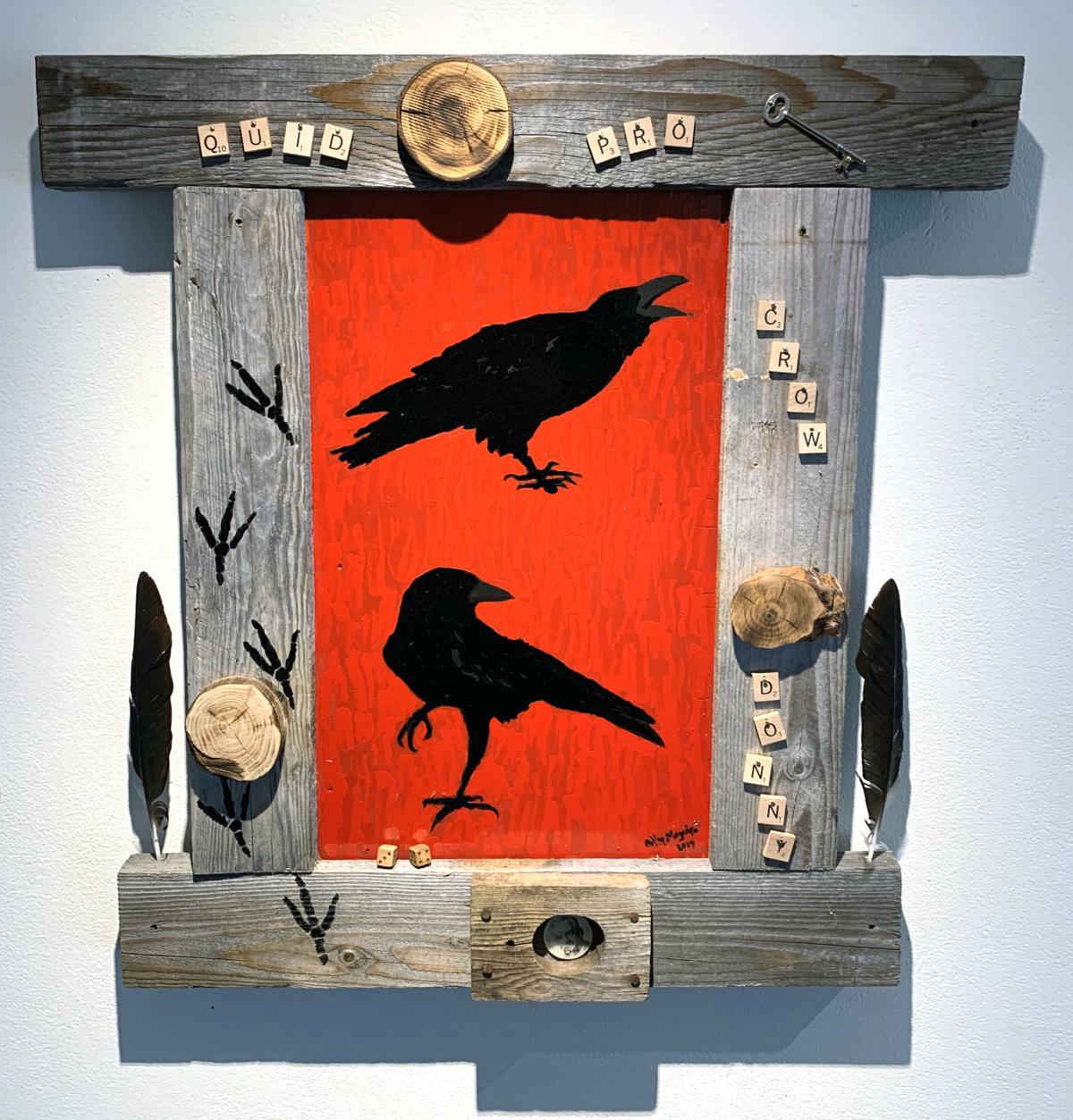 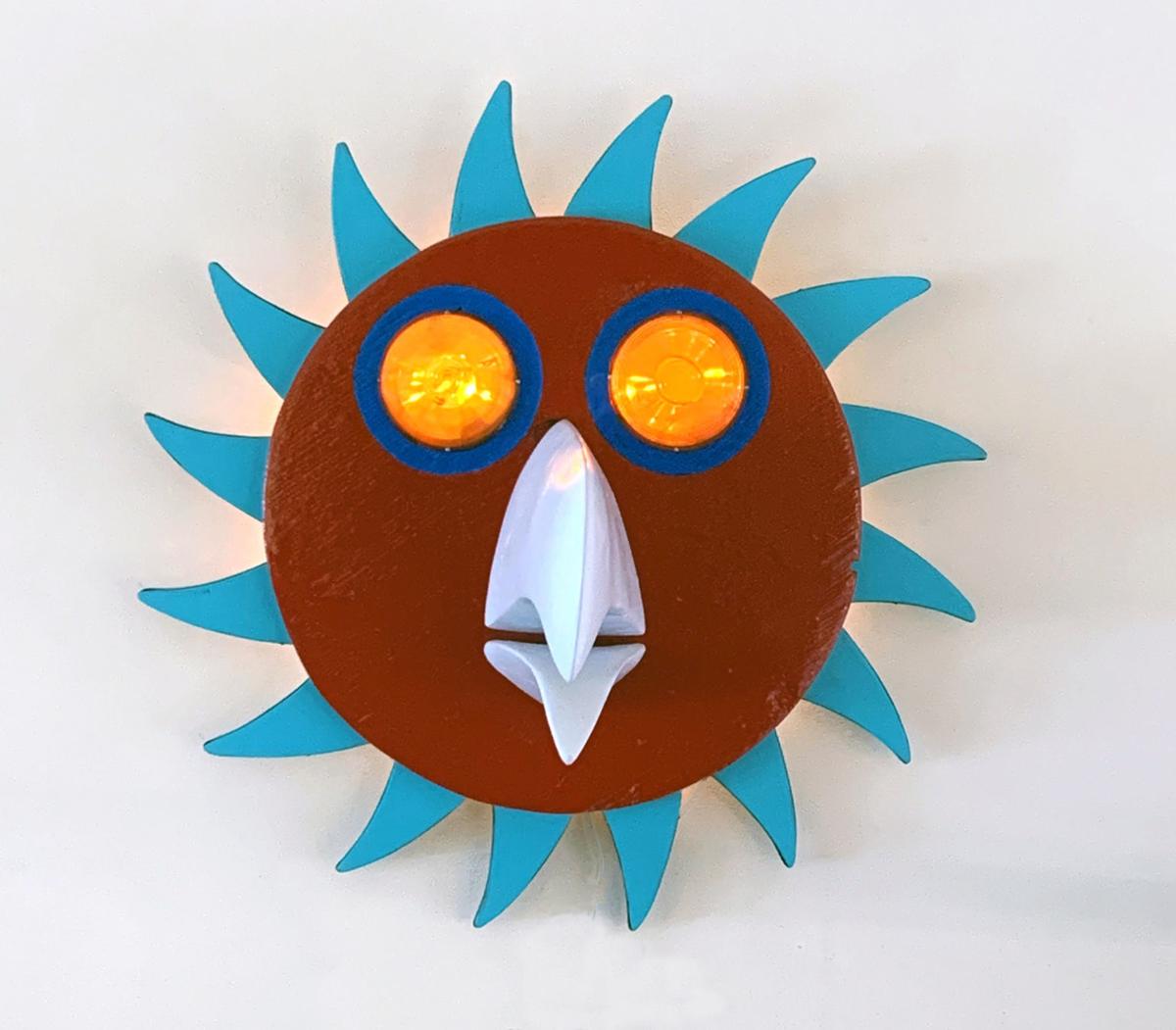 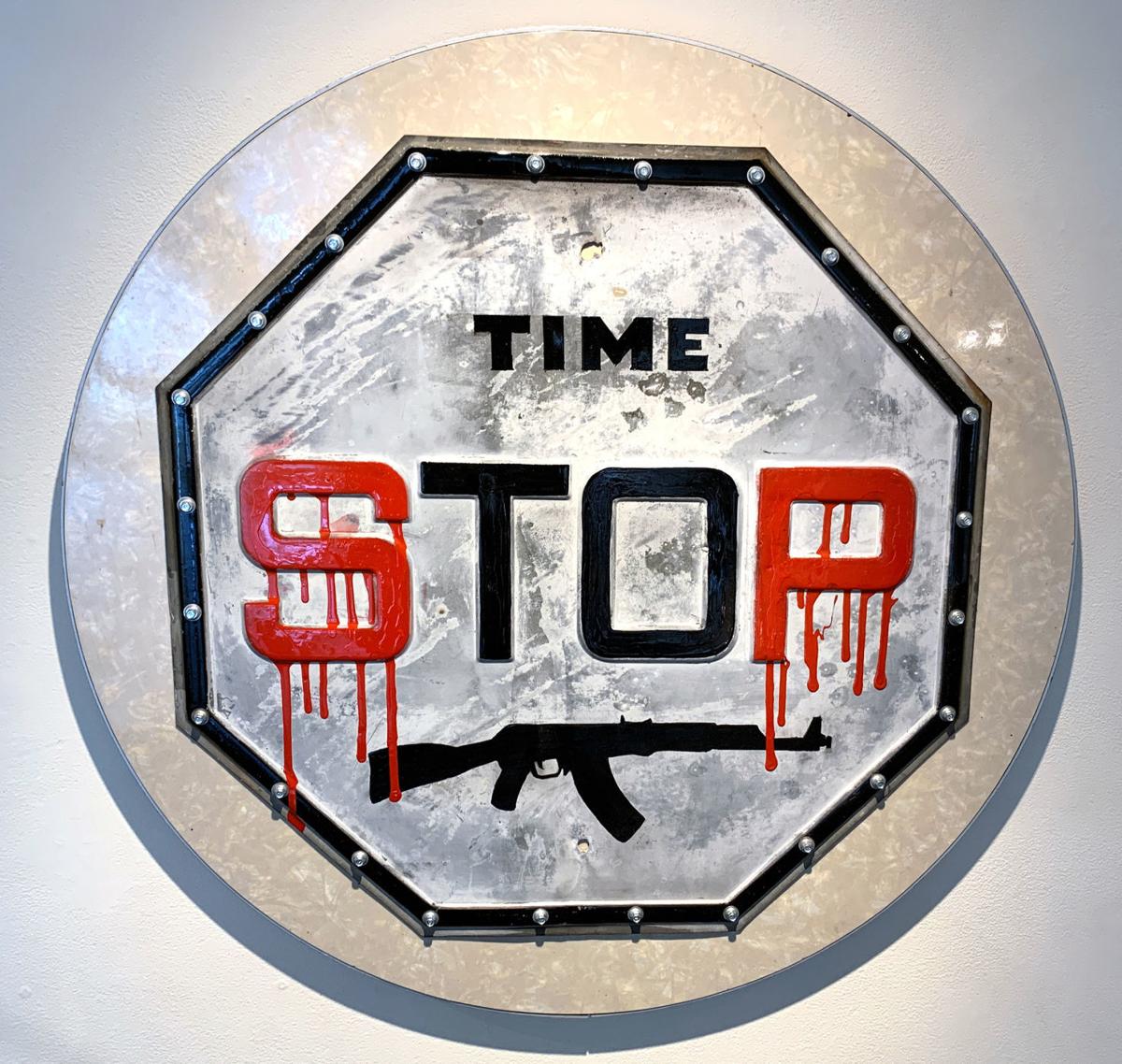 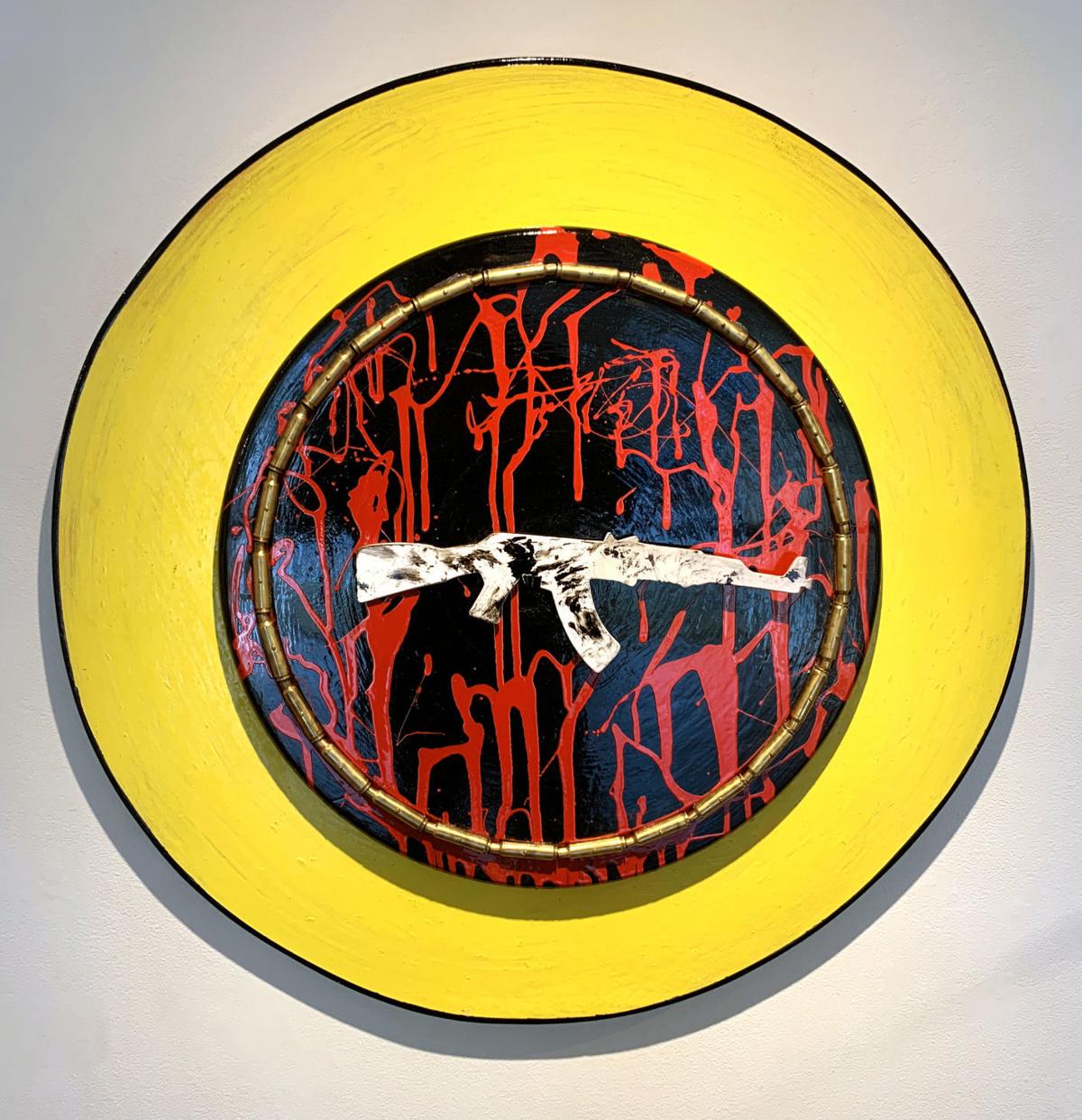 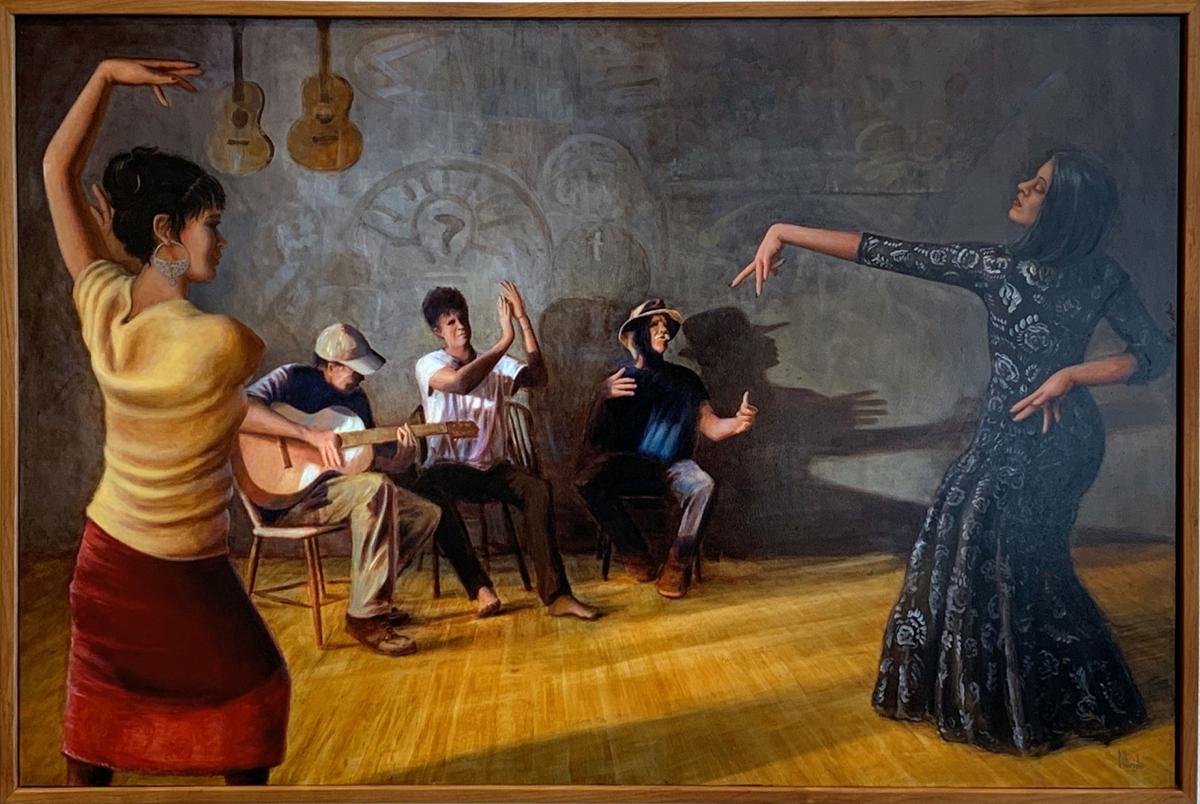 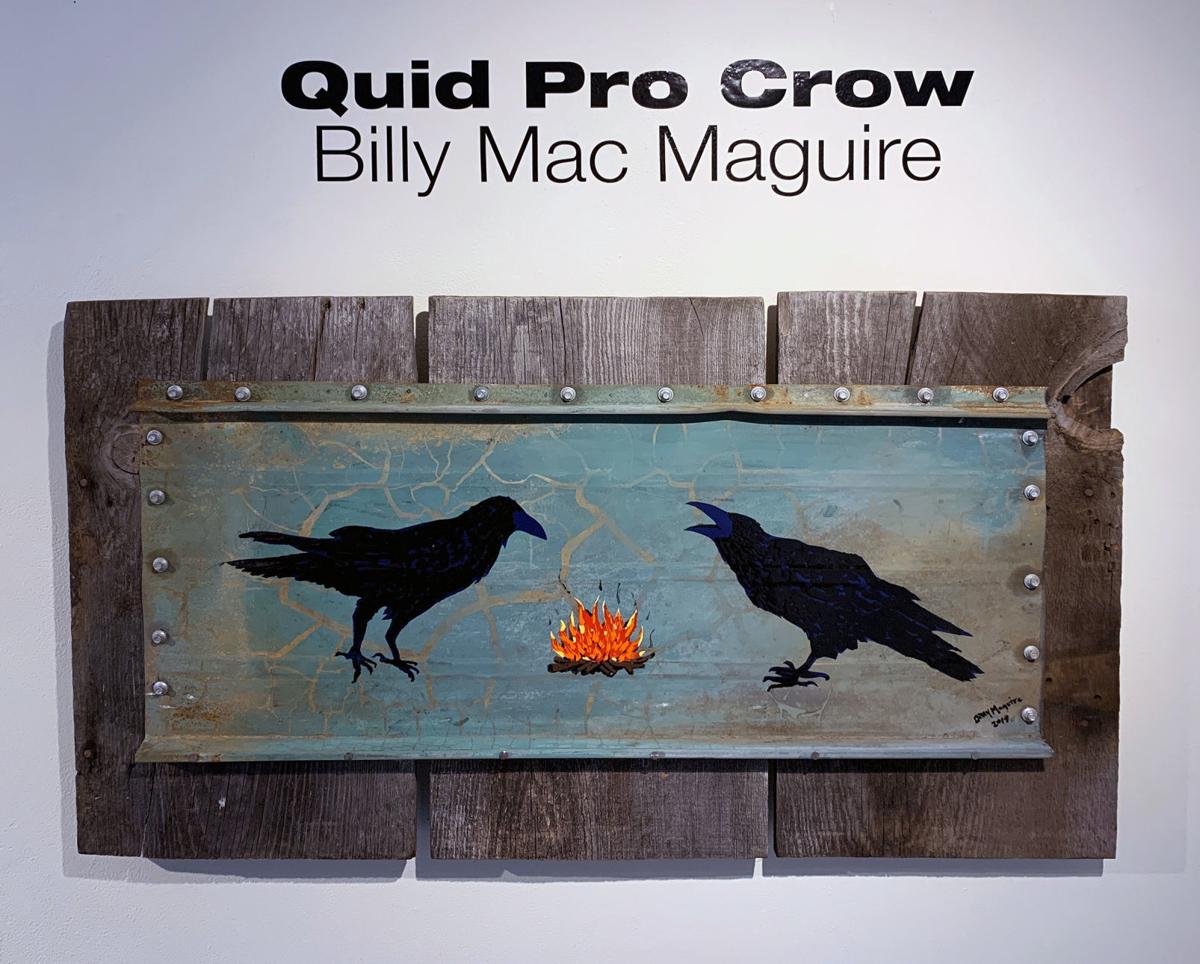 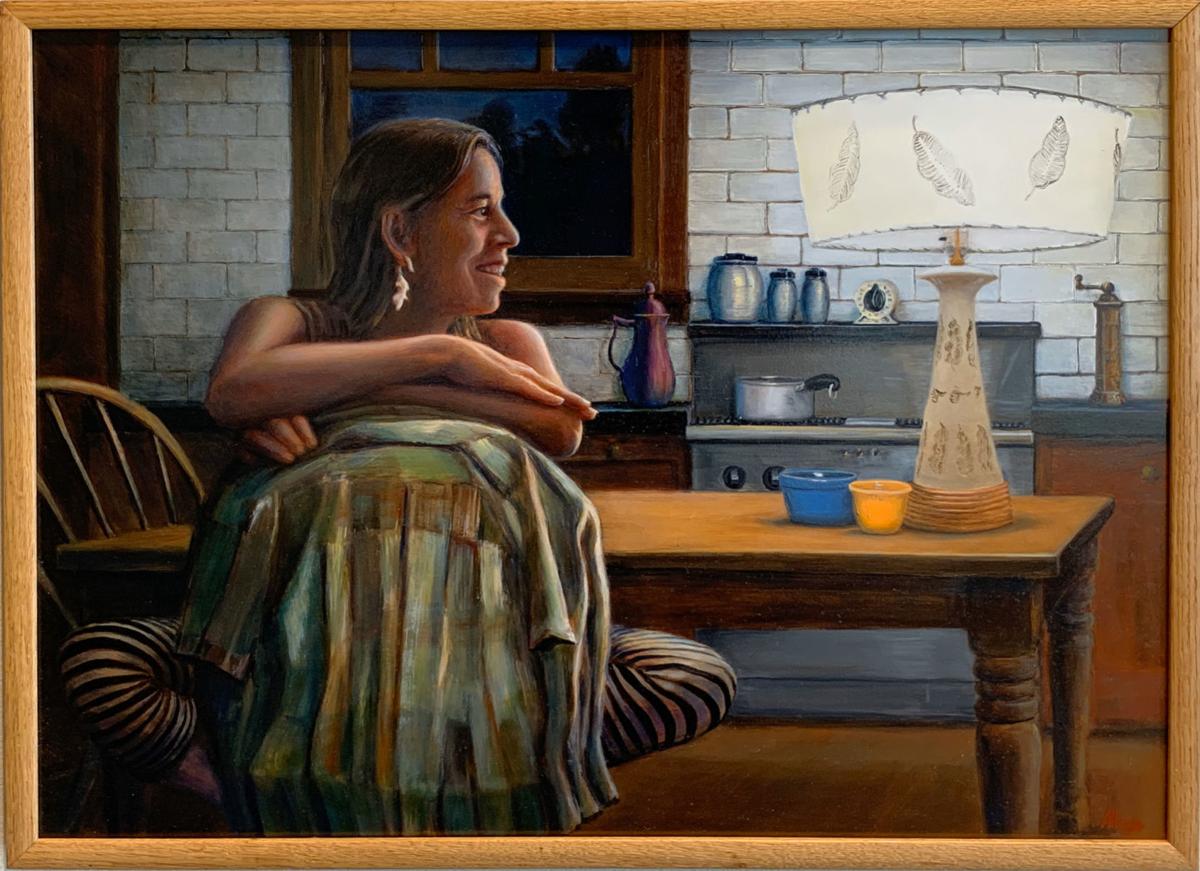 “Beth in the Kitchen” by Sam Albright.

“Back to the Murder” by Billy Mac Maguire.

“Tuning for the Gigy” by Sam Albright.

“Beth in the Kitchen” by Sam Albright.

The title of the current exhibit at Gallery One in Ellensburg was not only worth a chuckle, but a drive to Ellensburg.

“Quid Pro Crow” is exactly what you think, a play on the phrase we have been hearing so much these days. And the title is as straightforward as the artwork itself. One piece in particular, called “Quid Pro Crows,” features two crows on a red background. In Scrabble tile pieces, you see the word “Donny” spelled out.

The assemblages that are displayed in the exhibition are the work of artist Billy Mac Maguire. Many of the works include paintings of ravens and crows. Just as crows gather shiny and assorted objects, so does Maguire. He says his studio is full of bins of bones, rusty pieces and other assorted items he finds.

I talked to him about how fascinating crows are in artwork. “They are curious creatures, very smart,” he says.

Billy started out as a ceramic artist. When he attended Central Washington University, he moved away from ceramics, as the instructor took a more formal approach, where he built objects from clay, adding paint as he went. At Central, he studied drawing and painting, then started moving toward assemblage. He likes the idea of repurposing objects that otherwise might get tossed out.

In addition to his pieces featuring crows, he has two works that speak about gun violence. One piece states “time to stop” in the shape of a stop sign with a silhouette of a gun below. He told me he cannot understand people who would want to own something that is intended to kill another human being.

His exhibit is held concurrently with another exhibit by Sam Albright titled “Fresh Paint 2020.” Not only are they artists and friends, but Sam and Billy also make music together; they were in a band for 10 years and still play together occasionally. Billy also plays solo on guitar and harmonica.

Although the exhibit has been available to view since Jan. 18, the gallery will have a formal reception from 5-8 p.m. Friday. Both exhibits will be on display through Feb. 29.