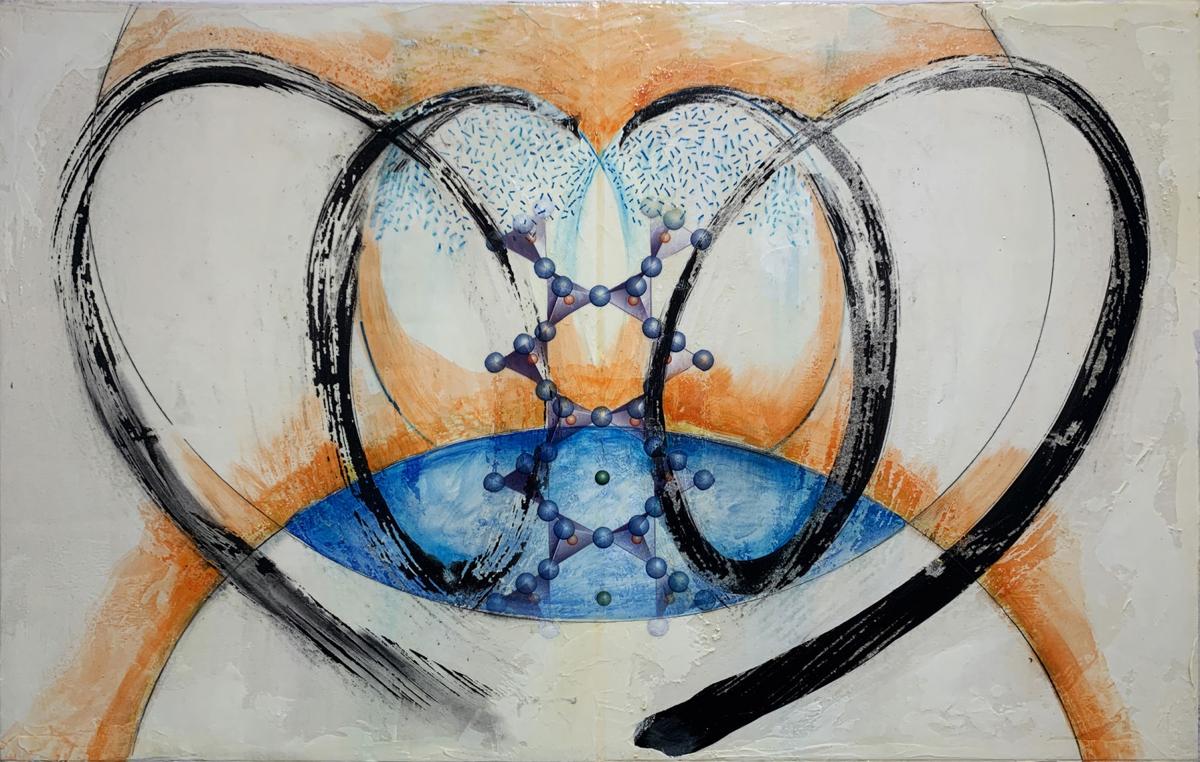 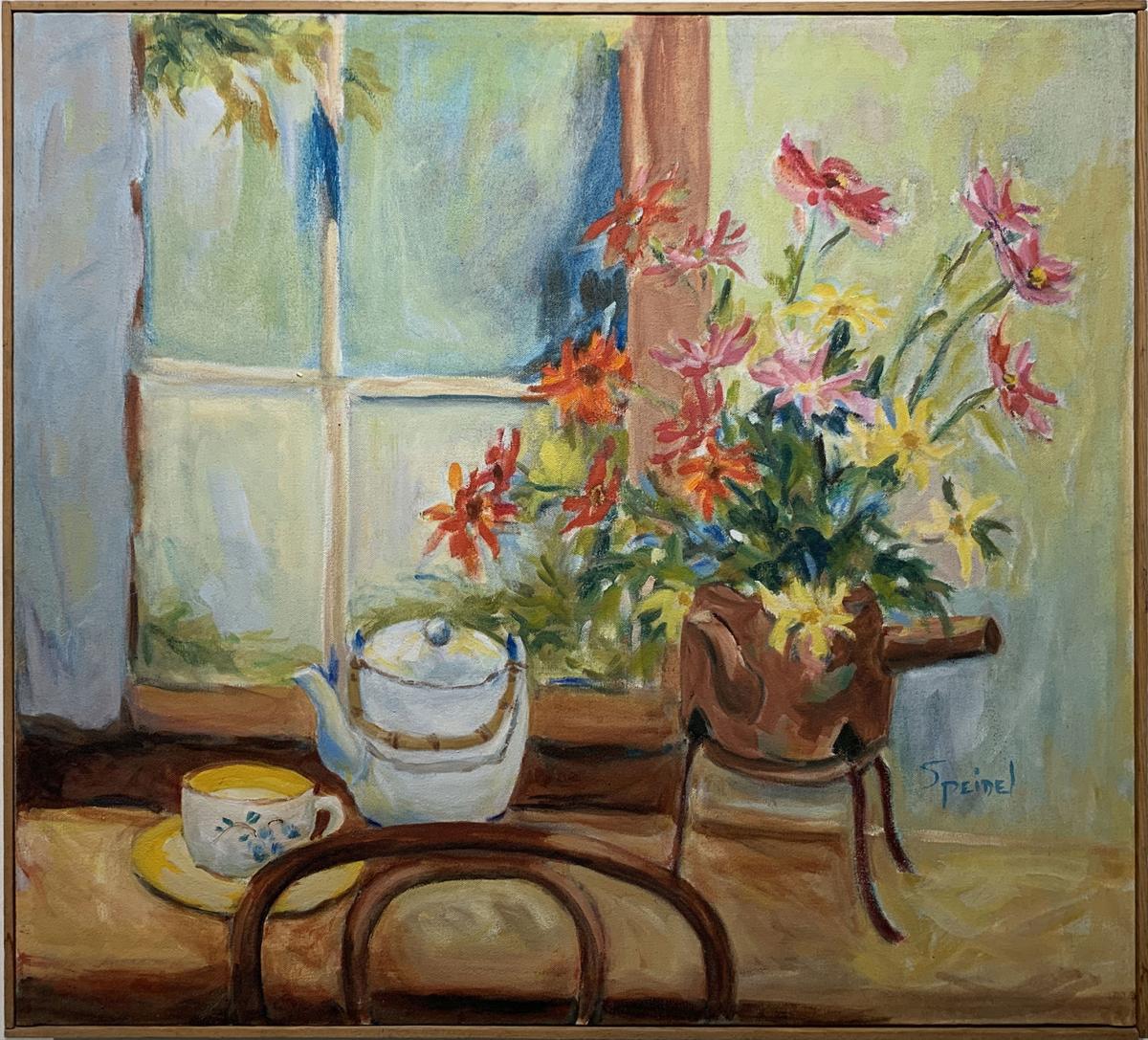 An untitled piece by Polly Speidel. 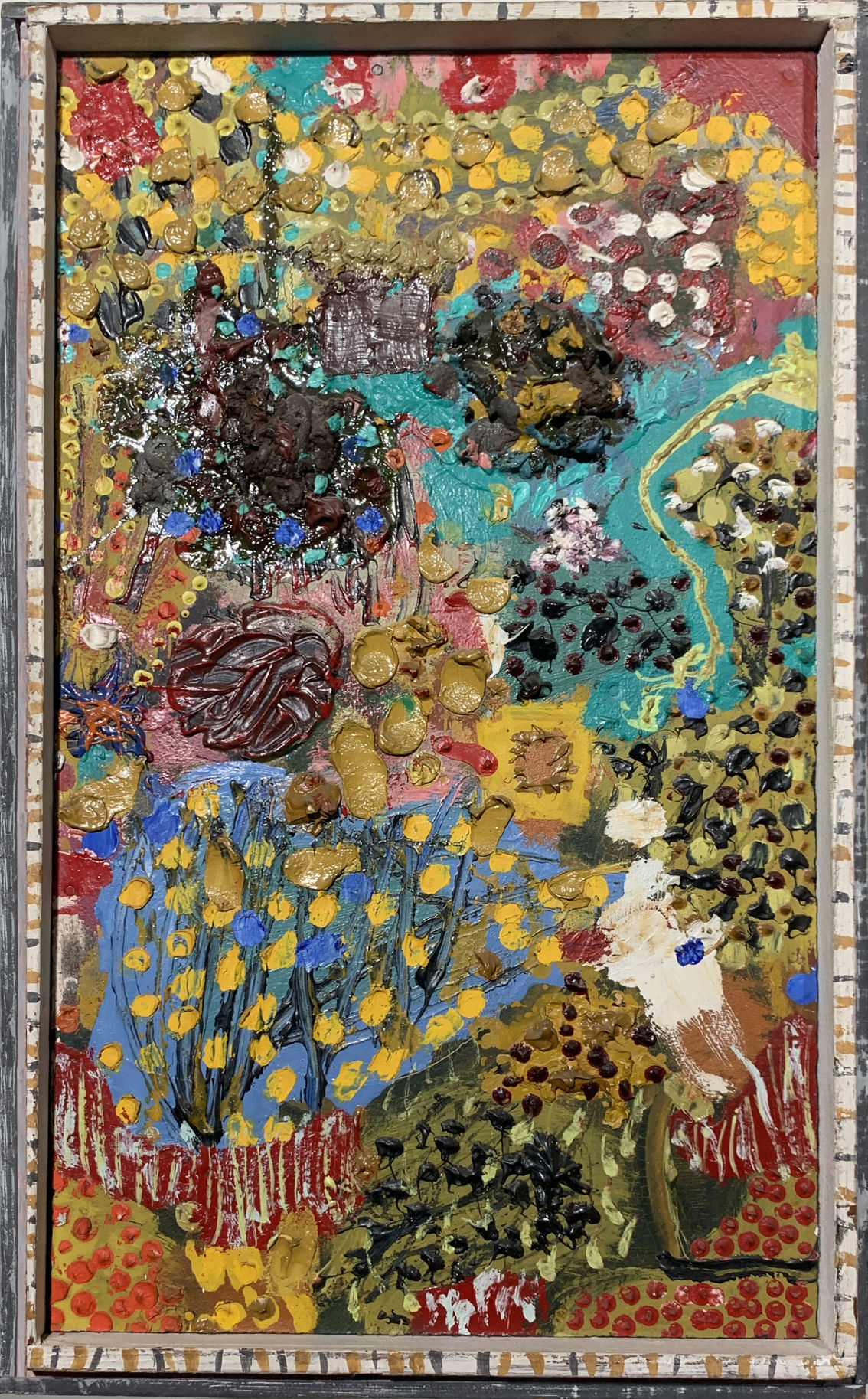 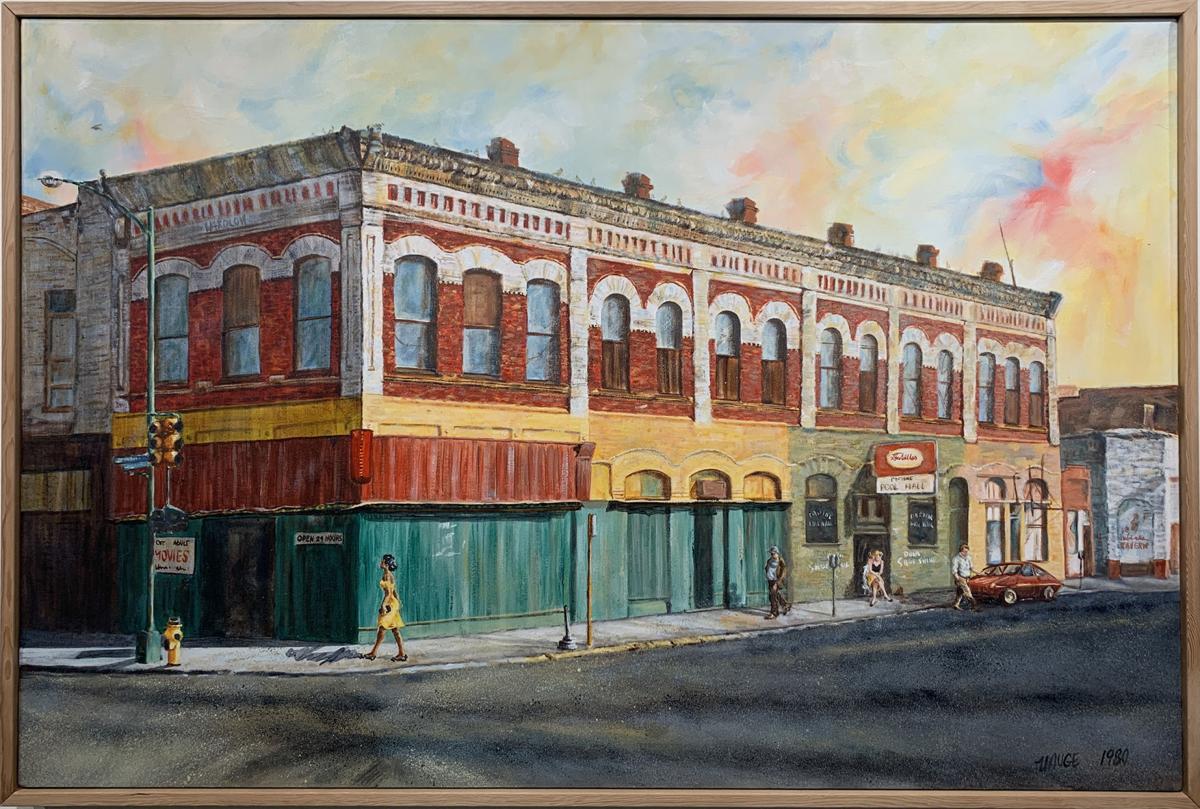 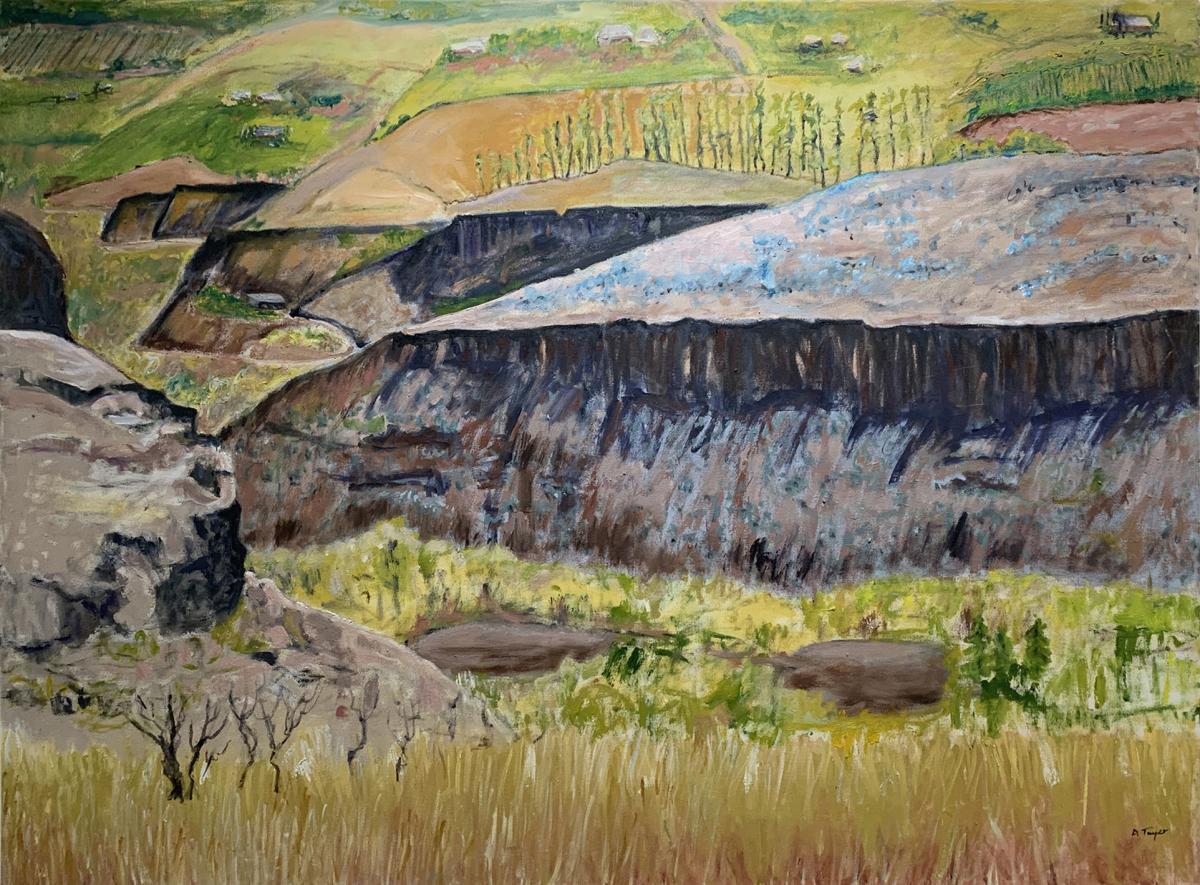 An untitled piece by Polly Speidel.

Not knowing who had put this information together, I decided it needed to be verified. During that process, I realized that a lot of the people who had run the gallery were also artists themselves, and some of them had gone on to be quite prominent in the field. This was the impetus for an exhibit that would be fun to put together during this time, not only to help with writing the history, but with hopes that the exhibit could be open to the public.

During its 70 years, the gallery was under the care of Yakima Valley College instructors, students, volunteers and part-time directors. It wasn’t always a person with the designated title of director. Taking this into account, the exhibit was subtitled “Curators of the Larson Gallery.”

A curator is by definition a person in charge of a museum, or department of a museum, where objects of art, science or from the past are collected, or a person who organizes and arranges a showing of art or other objects of interest. The term curator comes from the Latin “cura,” which means “to take care.”

The first person to take care of the gallery was a Yakima Valley Junior College chemistry instructor, Guy Werden Brace. He curated the gallery for five years until Gaylen Hansen took over. Hansen was an art instructor for YVC who eventually accepted a position at Washington State University. He now lives in Seattle and is represented by Linda Hodges Gallery.

Edward Haines originally came from Michigan and was a sculptor. After curating the gallery for one year, he accepted a position as professor of art at Central Washington State College in 1958.

Roy De Forest, a former student at YVC, received his master of fine arts at San Francisco State College. He taught art around the Northwest before accepting a position at the University of California. His work is in the collections of museums such as the Whitney Museum of American Art, Yale University Art Gallery, Centre Georges Pompidou in Paris, and the Art Institute of Chicago.

Frank Nackos headed the gallery in 1969. His formal education was from Brigham Young University, and he went on to receive a master of arts in sculpture and silversmithing at California State University. Some of his sculptures are included in the Utah State Public Art Collection.

For nine years beginning in 1960, R.K. Smith curated the Larson Gallery while also teaching art at Yakima Valley College. After retiring from the college in 1983, he continued painting, exhibiting and selling his and his wife Kay’s paintings.

Pauline “Polly” Speidel was born in Yakima and graduated from Yakima High School in 1924 and Washington State College in 1928. Speidel was an artist who taught art at various schools around the Yakima Valley and was an art instructor at YVC. She was the artist behind the backdrops for the movie “The Hanging Tree” staring Gary Cooper and Maria Schell, filmed in the Nile Valley from 1957-58.

From 1974-75, the Larson Gallery was overseen by two students, Jana Eichwald and Alfred De Jesus. Each of them had an assistant student director.

Then in 1976, Delma Tayer took over curating the gallery. She began her 25-year career at YVC in 1962 teaching English, art history and humanities, and also served as the dean of arts and sciences. After retiring in 1990, Delma became a full-time artist. For one year, when Tayer was on sabbatical, Jean Hauge took care of the gallery with Millie Stenehjem as her faculty contact.

Carol Hassen came onto the scene in 1990. She graduated from Central Washington University in 1983, and it was there that she met Bob Fisher. Fisher would eventually teach art at YVC, and Hassen became the first paid part-time curator of the Larson Gallery. Her artwork is current featured in an exhibit at Gallery One. It was in 1994 that I met her and began volunteering for the Larson Gallery and serving on the board.

Cheryl Hahn became director in 2006. She holds an MFA degree from Southern Illinois University and completed post-graduate work at the Smithsonian. Hahn’s artwork has appeared in exhibitions around the Northwest and across the United States. Hahn retired in 2012.

“Who’s Minding the Gallery?” is on exhibit at the Larson Gallery through May. To view the exhibit, make an appointment online at www.larsongallery.org or call 509-574-4875.