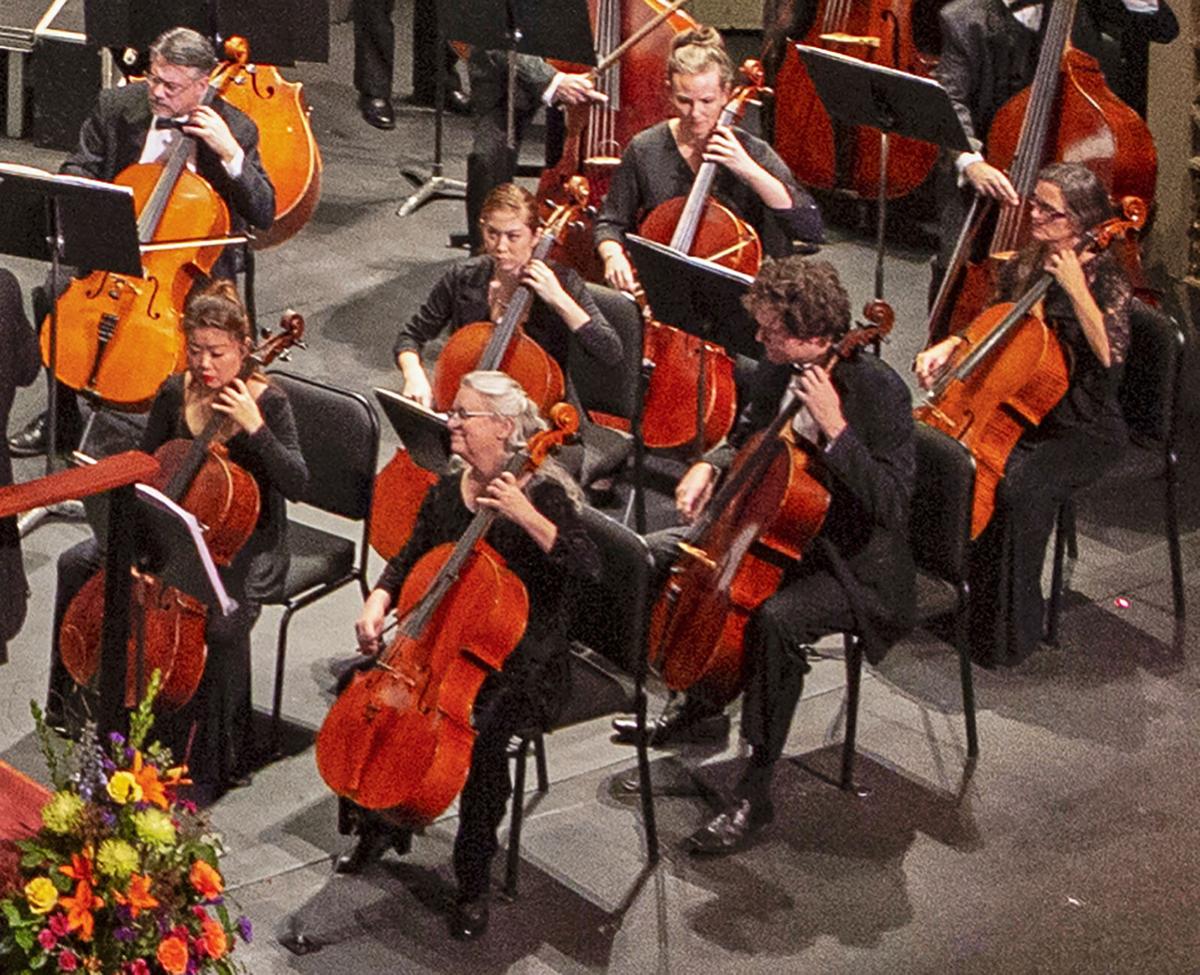 The Yakima Symphony Orchestra cello section in concert at The Capitol Theatre in Yakima, Wash., on Feb. 2, 2019. 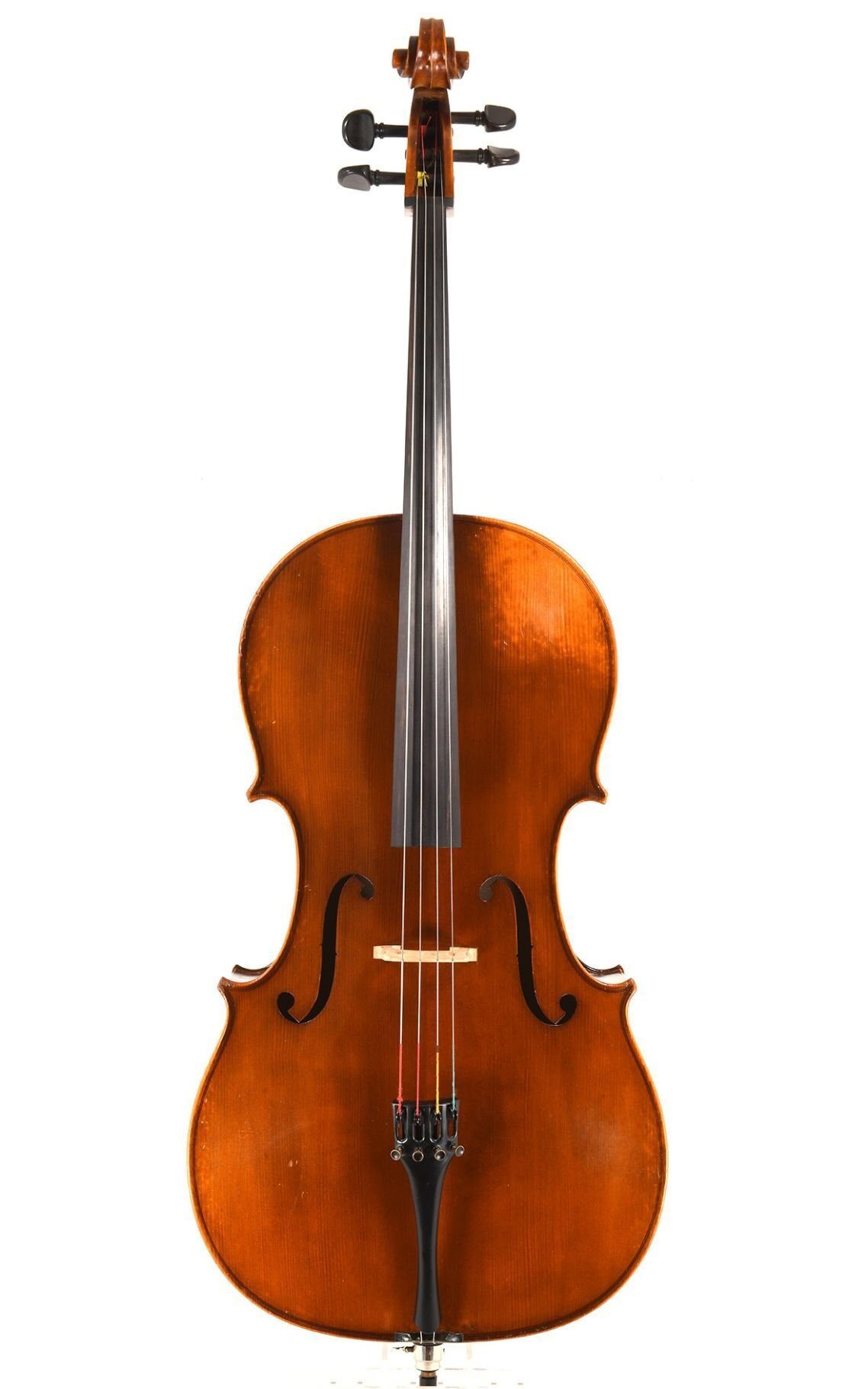 The Yakima Symphony Orchestra cello section in concert at The Capitol Theatre in Yakima, Wash., on Feb. 2, 2019.

Of the four instruments represented in a modern symphony orchestra string section — violin, viola, cello and contrabass — the cello is the most versatile.

In a traditional ensemble context, whether orchestra or string quartet, the cello often functions as the bass voice to provide the foundation for the harmony. Indeed, in much early classical repertoire for orchestra, the cello and bass sections read from exactly the same music.

At the same time, the upper registers of the instrument are particularly well suited to lyrical melodies — the instrument covers most of the full range of the human voice, from bass to soprano.

The 19th century composer Hector Berlioz, in his famous treatise on orchestration, cautioned that the instrument was not “capable of the extreme agility of the violin and viola,” but those who attended the Yakima Symphony Orchestra’s November 2019 performance with soloist Mark Kosower can attest that in the 21st century this is no longer true: His encore was a virtuosic Bach work for solo violin, simply played on the larger instrument.

In most American orchestras, the cellos are on full display at the front of the stage, to the right of the conductor and facing directly across the stage toward the first violins. The principal cellist and concertmaster often communicate visually during rehearsal and performance to ensure alignment of the full string section, but also before and after performing: When it is time for the concertmaster to rise from her chair upon the entry of the conductor to the stage, it is most often the principal cellist who gives the signal, as the conductor enters from behind the violin section where the concertmaster cannot see.

In some repertoire, and in some orchestras, the cellists are instead placed in the center of the string section facing the audience; sometimes this is to facilitate a “stereo” effect between the first and second violin sections, which are then placed on opposite sides, and sometimes it also serves a more practical function when the cello joins a harpsichord, also usually placed in the center, as a sort of “rhythm section” for Baroque repertoire.

Within any orchestra, each section is comprised of individual musicians, each with their own unique stories. This Saturday evening, the Yakima Symphony Orchestra presents a real-time virtual Roundtable event, as Maestro Lawrence Golan introduces members of the YSO cello section. All of these players have at least one thing in common: They are highly trained professional musicians who came to the YSO through a competitive audition process.

However, the paths they took to get here — and the multitude of other talents and interests they bring to Yakima — are quite varied. Like YSO’s weekly musician-produced “Music From Home” video series, this is an opportunity to peek “behind the curtain” and learn about the instrument, the orchestra and the musicians; but unlike a prerecorded video, the format allows for conversation and questions from the audience.

Did you ever wonder how cellists keep their instruments from sliding across the floor while they play, or what YSO cellists are doing when they’re not performing on stage? This is your chance to ask. Registration is available at www.ysomusic.org.

• David Rogers is executive director of the Yakima Symphony Orchestra. He and other symphony members write this column for SCENE. Learn more at www.ysomusic.org.