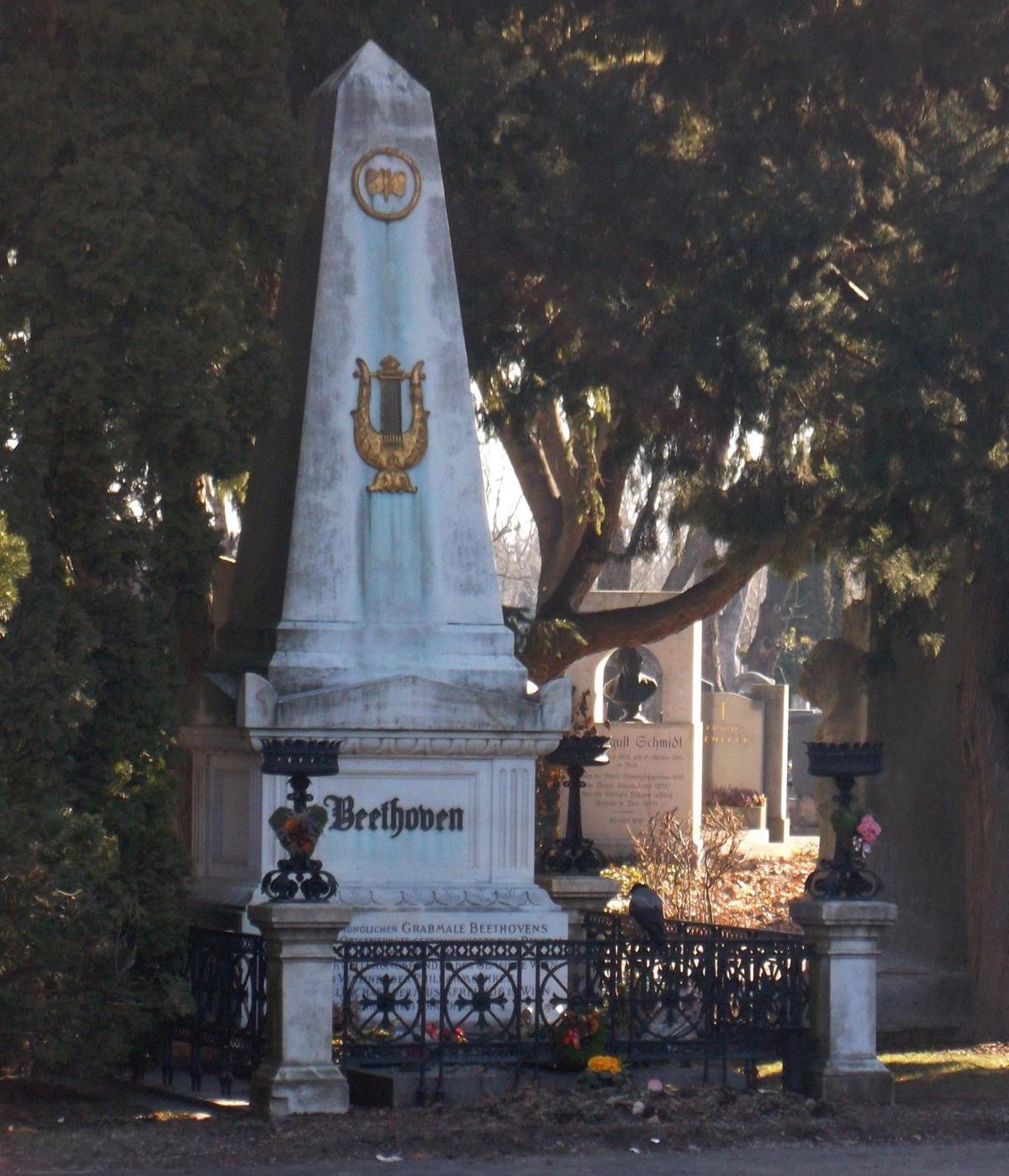 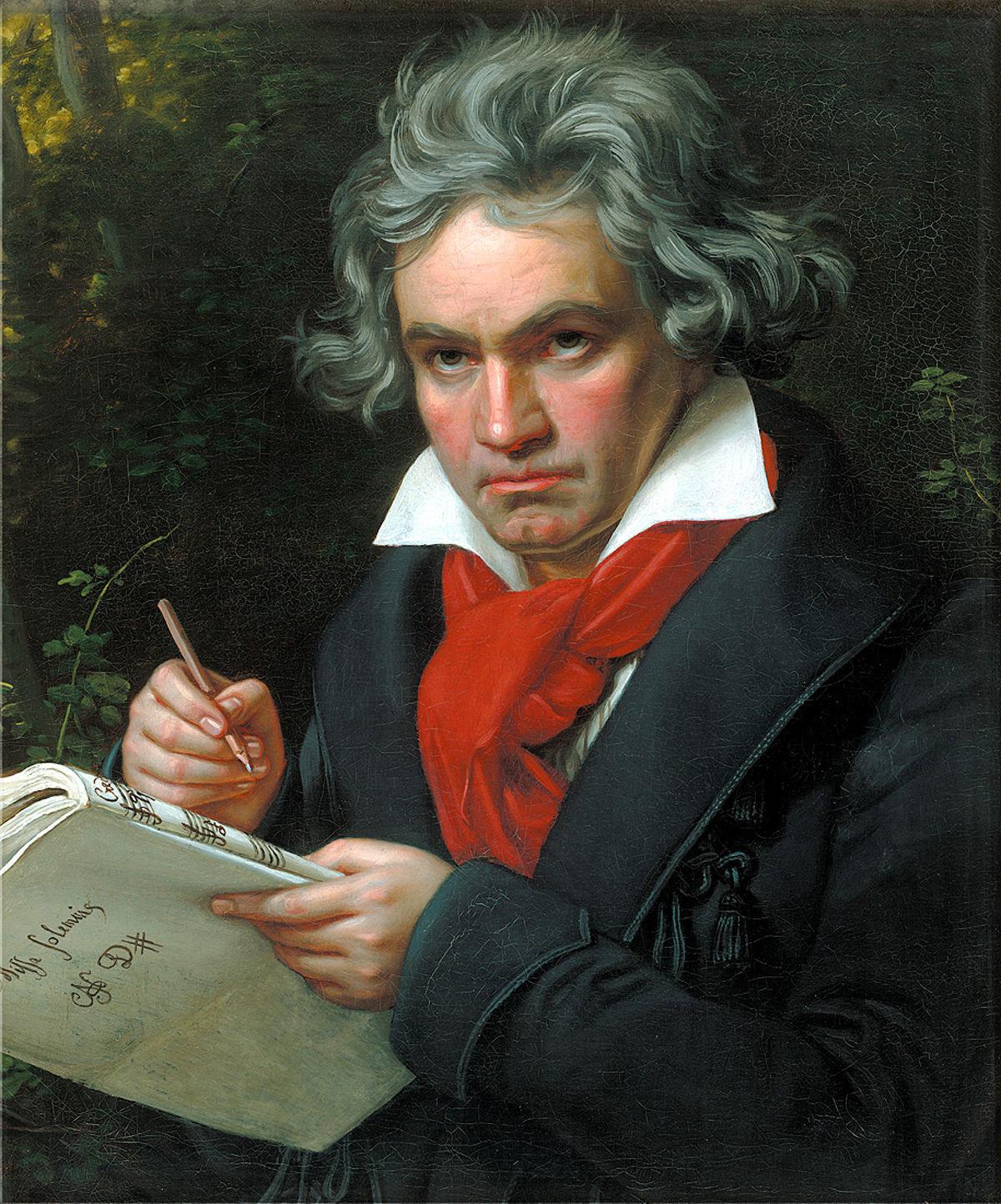 This year marks the 250th anniversary of Beethoven’s birth. He’s a personal hero of mine, and a few years ago in the dead of winter I made a pilgrimage to his grave in Vienna.

I heard the most beautiful trilling birds singing when I visited the cemetery. It was early and still rather chilly, and there was almost no one around when I got off the streetcar at Zentralfriedhof.

Beethoven’s sadly twisted attempts at creating love and family came to nothing. He died in a nameless apartment on a cold street in Vienna; I saw the plaque marking the place, the original building long gone. After several days of pain and unconsciousness, a storm began to rage outside his window, and he raised his fist toward the sky in a gesture that sums up his nature to me — striving to triumph over life’s hurdles to the very end. Then he collapsed and was gone.

His music comforts my heart, stirs my soul. It asks me to leave off despair and embrace the beauty in life while I can, to try to open my heart to share as much love as I can radiate. The mixture of gratitude and sorrow I felt for this long-dead man almost knocked me over, as I stood there alone in the cemetery that day, weeping.

I kept a small personal vigil before his grave for some time, and after a little while, a large black crow with grey wings alighted on it. I inhaled and exhaled slowly, feeling time stop as the bird looked at me from Beethoven’s gravestone. Around me I heard sweet little calls from other unnamed wintering birds, tentatively making themselves ready for spring. I thought of the birdsong Beethoven used in his Pastoral Symphony, and of how it must have pained him to not be able to hear those birds as his deafness erased them from all but memory. How fitting, to hear them all around his grave.

I’m glad to know he has such good company. Music at its most natural, full of light and grace.

The Yakima Symphony Orchestra will celebrate Beethoven’s 250th birthday on May 30 during its season finale, “Beethoven Bash,” by re-creating a program performed 50 years ago under the baton of YSO’s founding music director, Brooke Creswell. That program, celebrating Beethoven’s 200th birthday, led to the creation of the YSO organization we know today. Beethoven’s Piano Concerto No. 3, Symphony No. 8 and Choral Fantasy will be performed. Tickets and information are available at www.ysomusic.org.

• Denise Dillenbeck is Yakima Symphony Orchestra concertmaster. Learn more about her and her role at www.ysomusic.org/about/concertmaster.