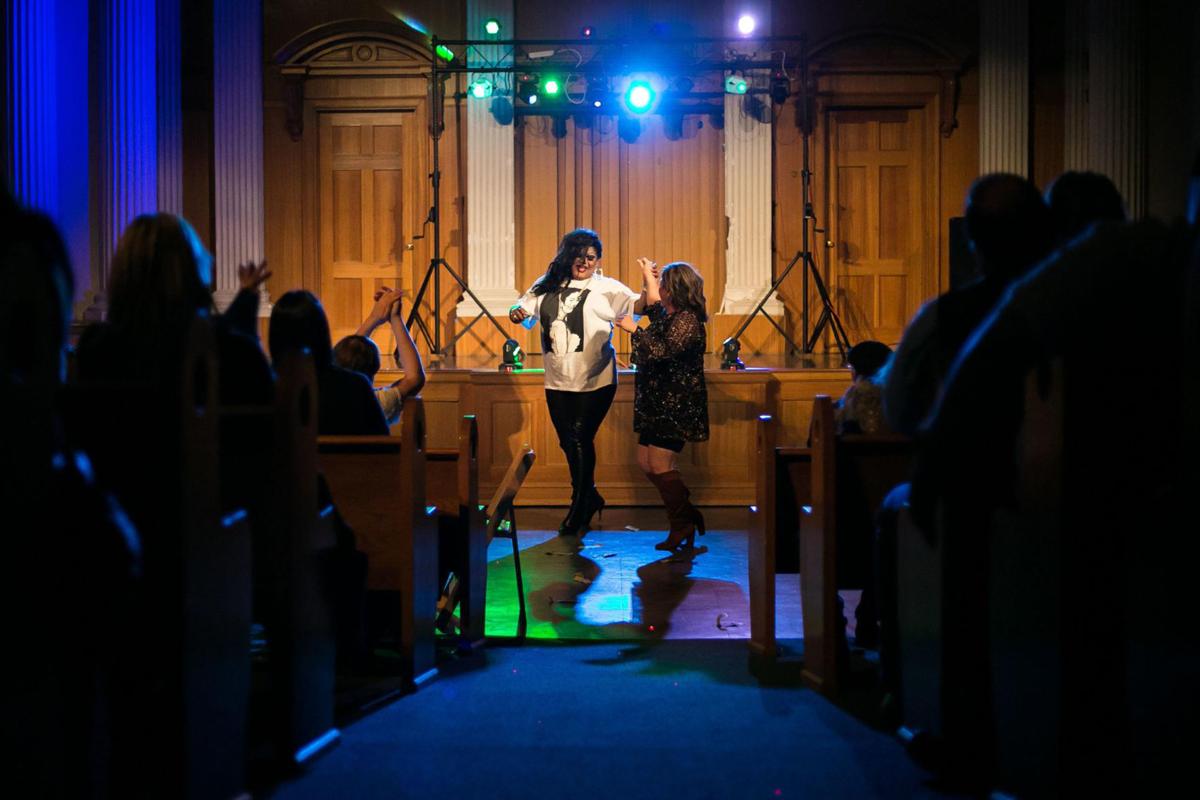 FILE—Kiykiy Alexia performs during a drag show at The Seasons Performance Hall in Yakima, Wash. on Saturday, March 31, 2018. 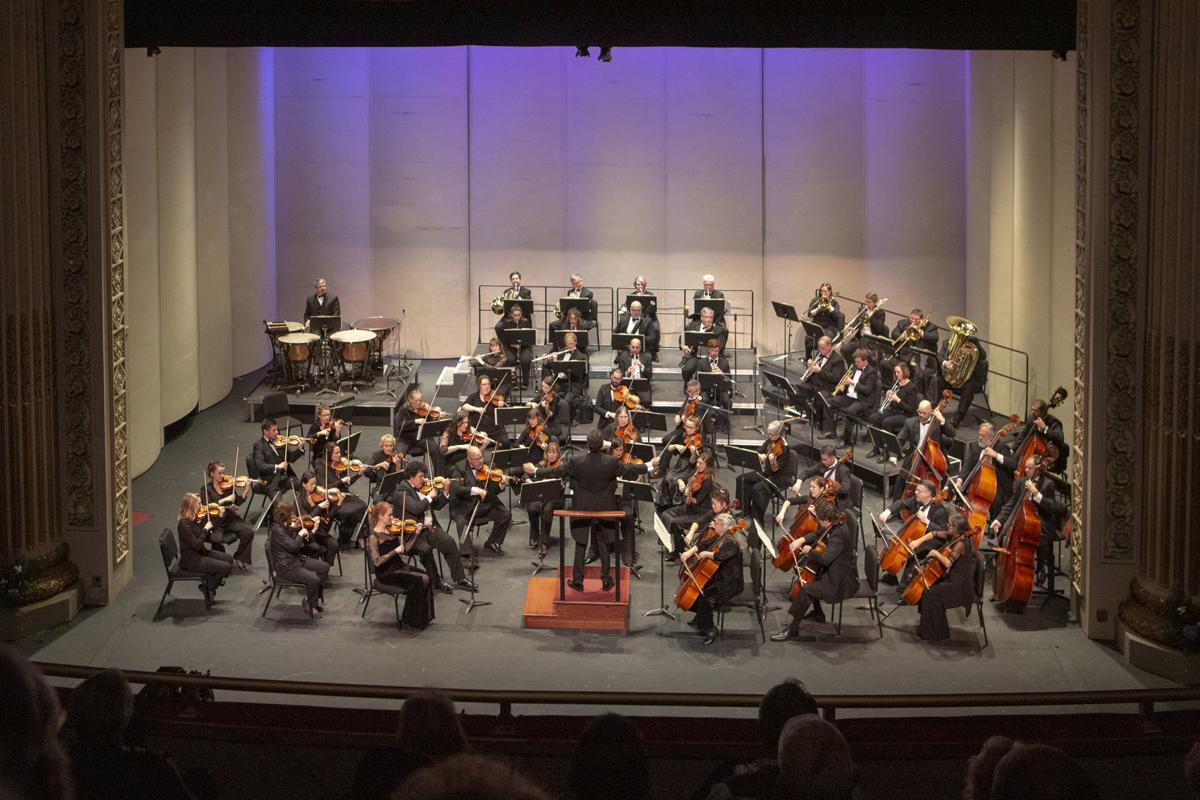 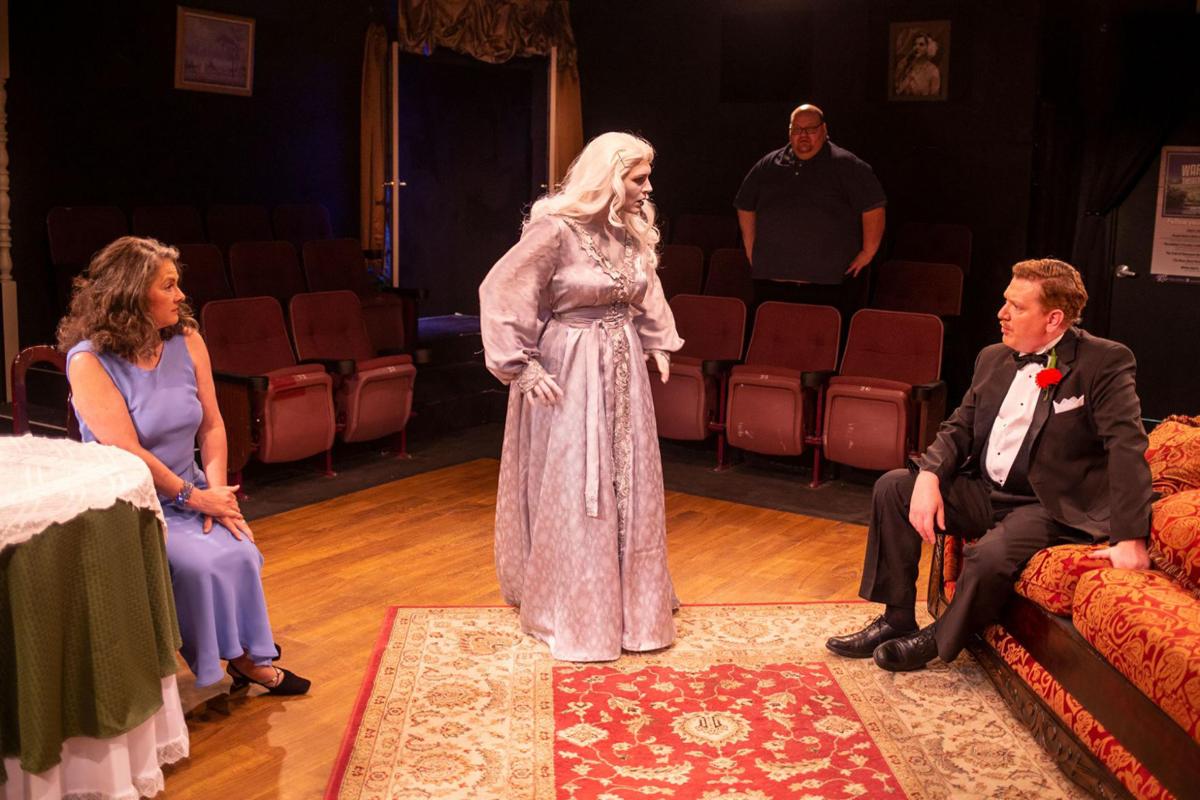 FILE—As director Ray Pritchard watches, Gina Milliron, Chelan Shepherd and Jon Hardy perform a scene from "Blithe Spirit" during a dress rehearsal at the Warehouse Theatre Company in Yakima, Wash. on Thursday, May 10, 2018. 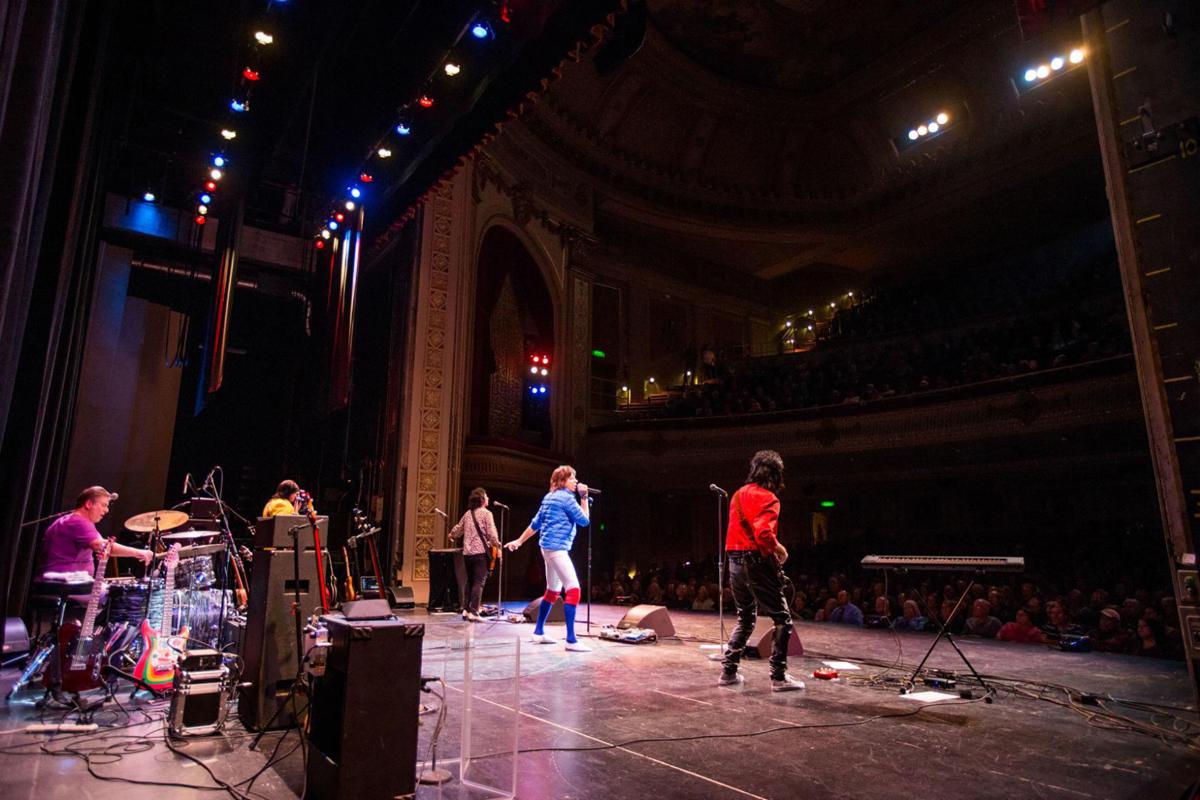 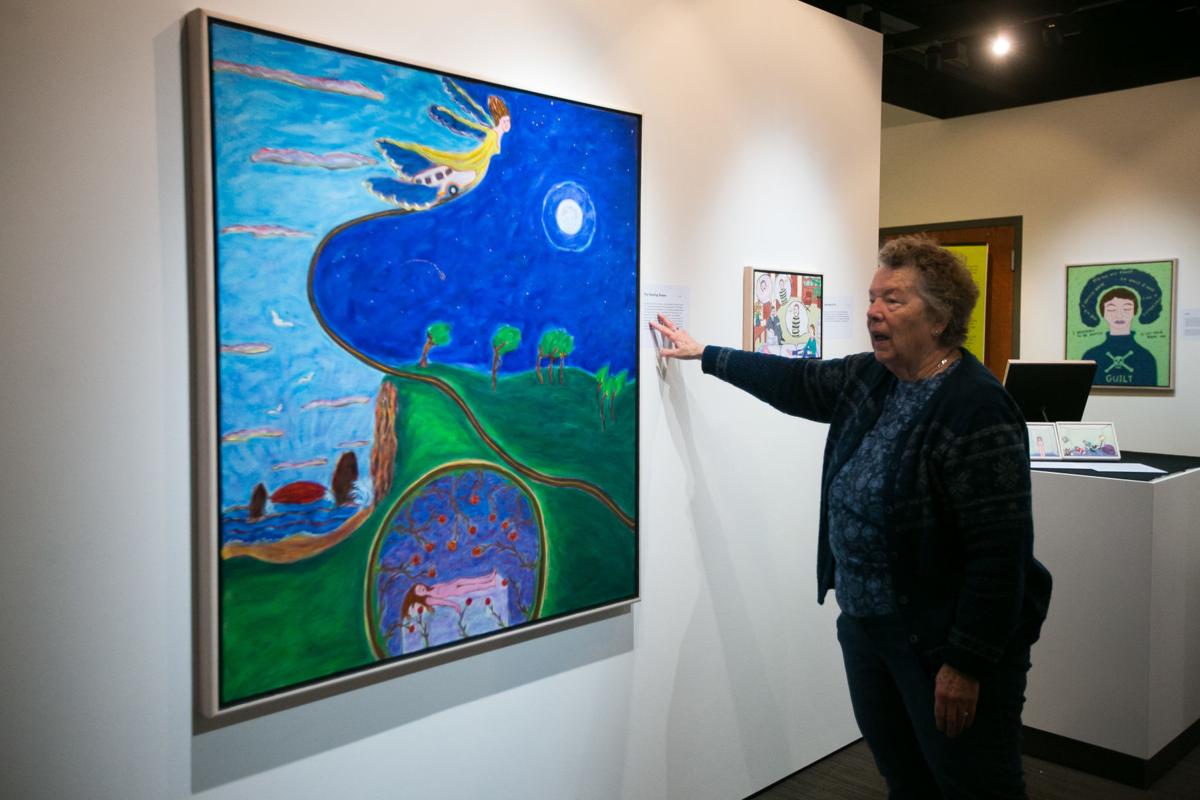 FILE—Jane Orleman explains the significance of “The Healing Dream” at her solo exhibit, "Telling Secrets: An Artist's Personal Journey Through Family Trauma," Tuesday, Nov. 12, 2019, in the Museum of Culture and Environment at Central Washington University in Ellensburg, Wash. 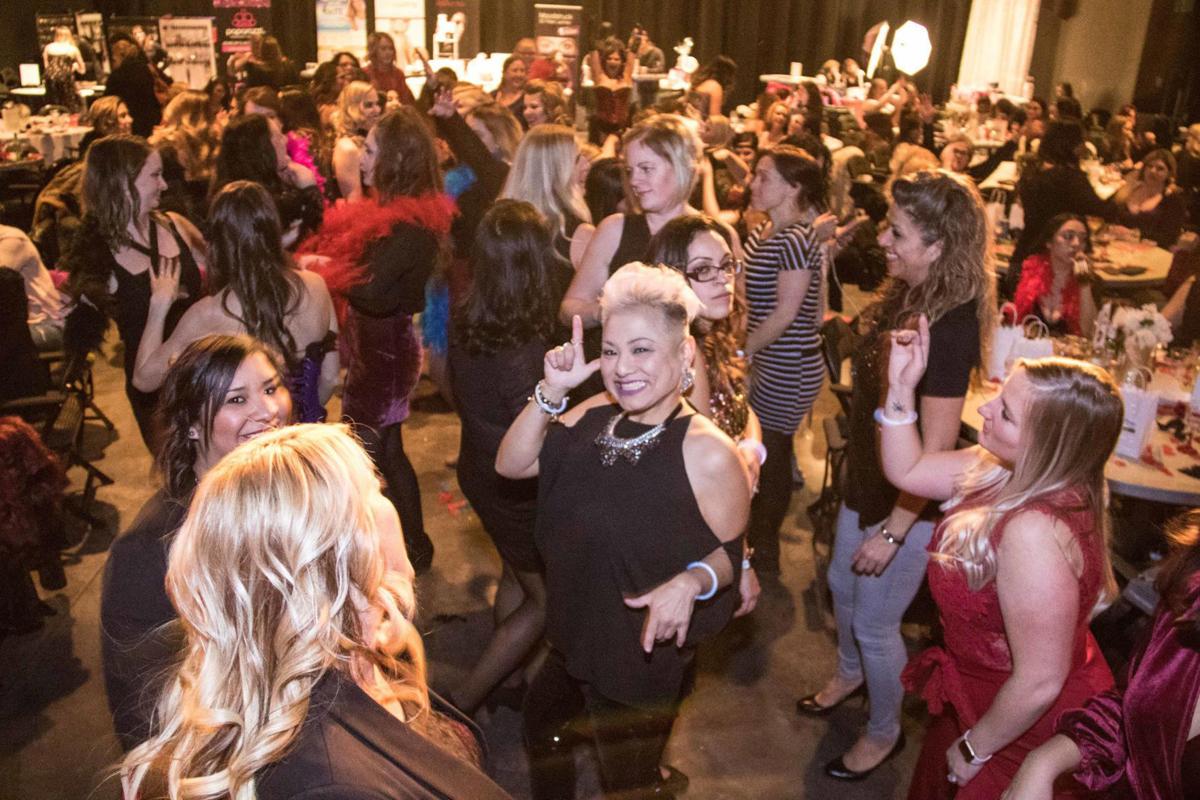 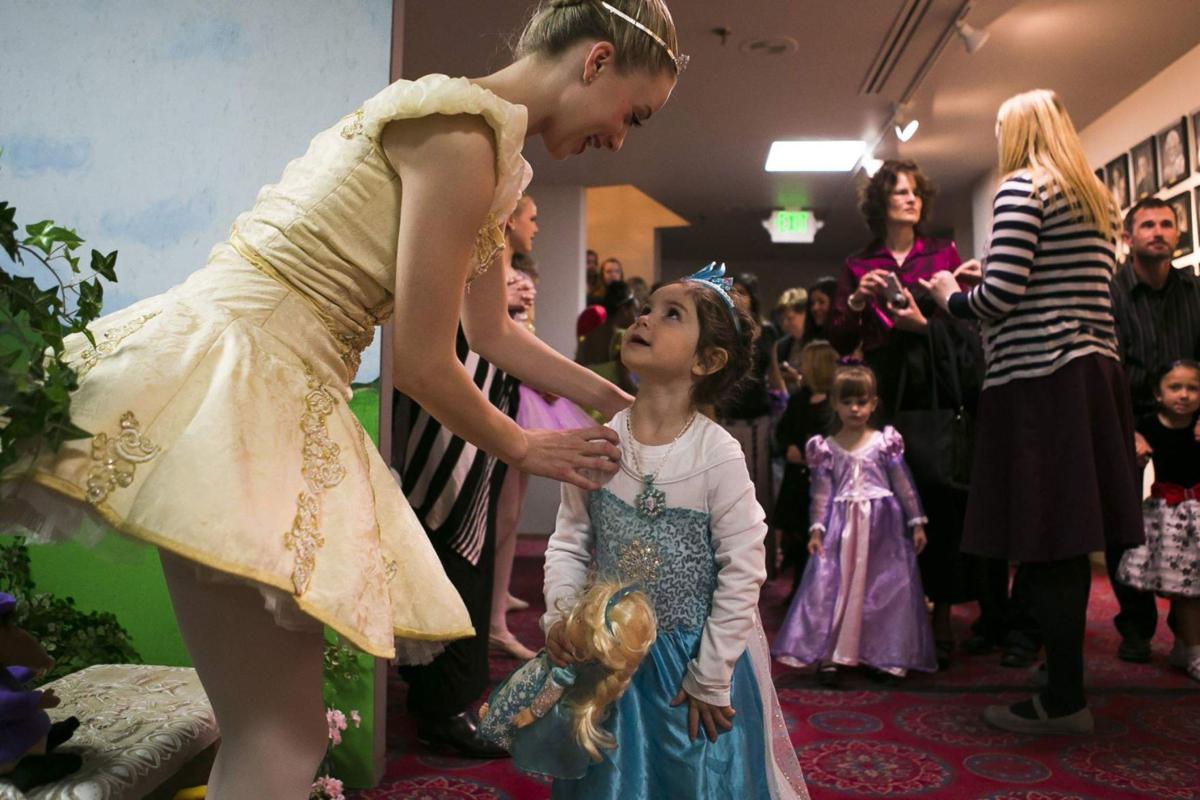 FILE—Scenes of the pre-show Prince and Princess Party at the Capitol Theatre in Yakima, Wash. Saturday, March 14, 2015. 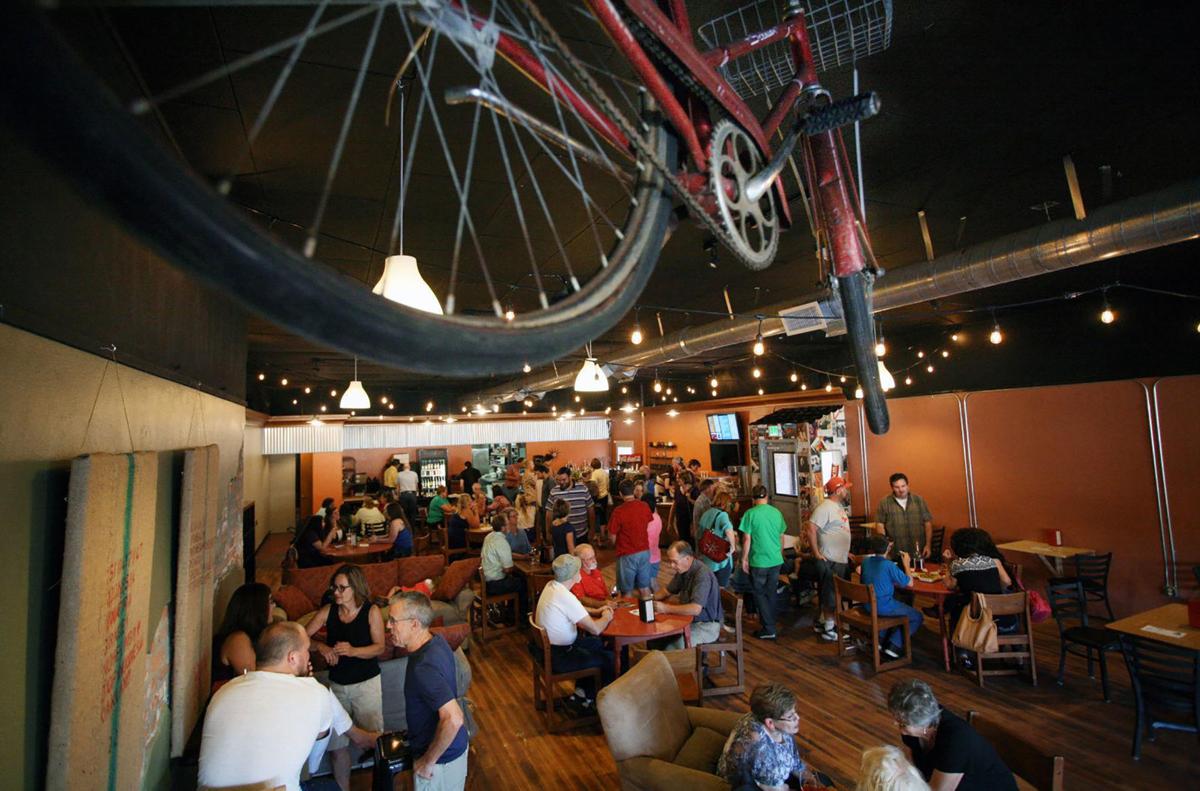 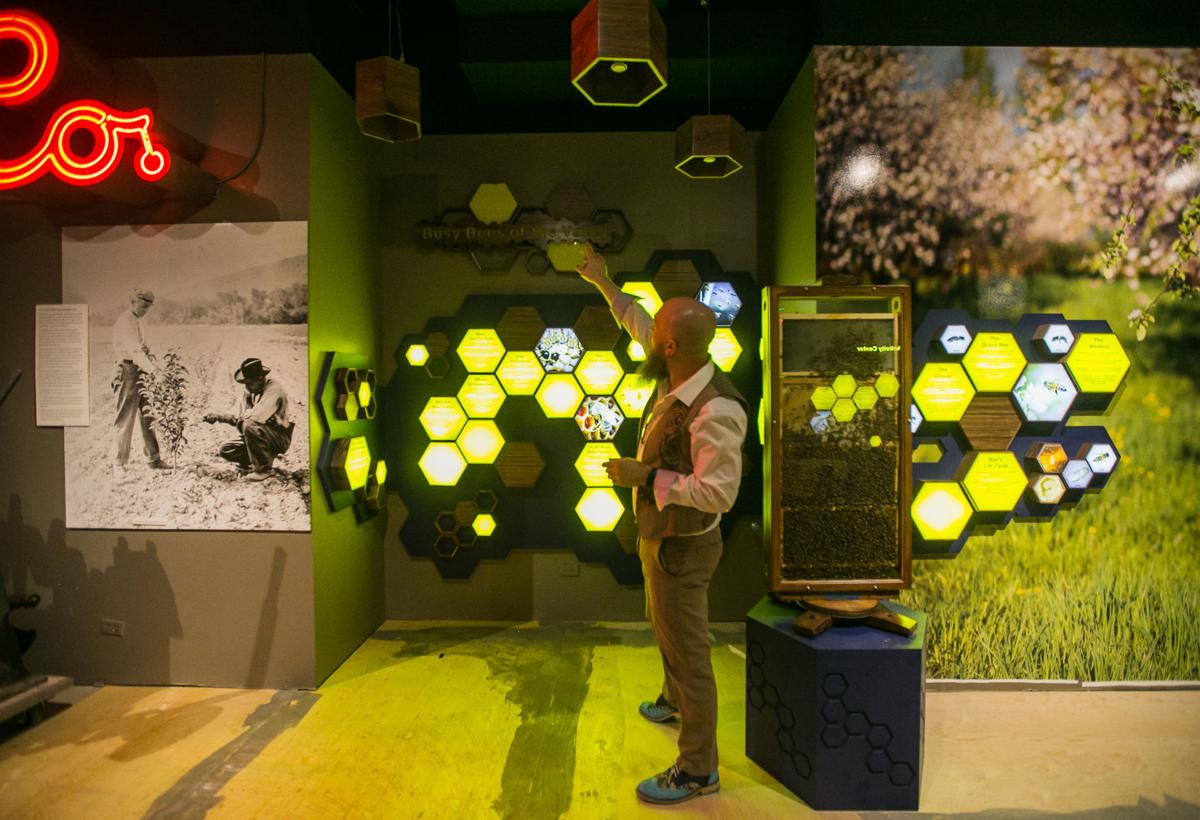 FILE—Kiykiy Alexia performs during a drag show at The Seasons Performance Hall in Yakima, Wash. on Saturday, March 31, 2018.

FILE—As director Ray Pritchard watches, Gina Milliron, Chelan Shepherd and Jon Hardy perform a scene from "Blithe Spirit" during a dress rehearsal at the Warehouse Theatre Company in Yakima, Wash. on Thursday, May 10, 2018.

FILE—Jane Orleman explains the significance of “The Healing Dream” at her solo exhibit, "Telling Secrets: An Artist's Personal Journey Through Family Trauma," Tuesday, Nov. 12, 2019, in the Museum of Culture and Environment at Central Washington University in Ellensburg, Wash.

FILE—Scenes of the pre-show Prince and Princess Party at the Capitol Theatre in Yakima, Wash. Saturday, March 14, 2015.

If you’re wondering when you’re going to be able to go see your favorite band, or go to a gallery opening, or catch a symphony or touring musical — and if you’re wondering just what that might look like in a pandemic or post-pandemic world — you’re not alone. The artists, venues and arts organizations are wondering, too.

In the meantime, they’re finding innovative ways to maintain connections with their audiences and exploring options for reopening under less-than-normal circumstances. The words “virtual” and “livestreaming” and “restrictions on attendance” come up a lot.

“The main thing on my mind is just how little we can actually know at this time,” said David Rogers, executive director of the Yakima Symphony Orchestra. “Our goal is to make sure we are performing again in some form or fashion as soon as we can.”

Money, of course, casts its long shadow over all of these discussions. While the YSO and several other key Yakima Valley arts institutions say they’re reasonably well-positioned to weather the shutdown, the arts in general are going to take a hit. Citing a recent national survey that showed more than 40 percent of arts organizations are uncertain about their survival, Washington state Arts Commission Executive Director Karen Hanan called this a period of “unprecedented hardship” for arts organizations.

Many have cash-flow issues, because their revenue is event-reliant and there are no events right now. Even those that rely more on donors and sponsors than they do on ticket sales — including virtually every, if not literally every, arts nonprofit in the Yakima Valley — could be facing trouble as the economic downturn proceeds.

“The donors are suffering themselves,” Hanan said. “A lot of the philanthropic community is pivoting and saying they’re going to give their money to social services. ... It’s going to be a very difficult year or two, not only because of the state’s budget, which has been devastated, but because of individual budgets that have been devastated.”

Local arts leaders such as Rogers, Capitol Theatre CEO Charlie Robin, The Seasons Performance Hall Executive Director Pat Strosahl, and Gallery One Executive Director Monica Miller, all say they expect their community of donors and sponsors to continue offering support. And they were all able to secure federal payroll loans. But they also all acknowledge the reality that a lot of belts are being tightened these days.

“It’s certainly a trying time for every nonprofit, and for the Capitol as well,” Robin said.

The theater building, a defining part of Yakima’s downtown, is owned by the city and managed by the Capitol Theatre Committee. So the organization doesn’t have to shoulder the expense of rent or a mortgage. But even with a staff of six — pared down from the 160 or 170 of mostly part-time, event-specific employees — there are operational expenses. An $80,000 federal Paycheck Protection Program loan bought a little breathing room, but there’s not a huge pot of money to pull from when that’s exhausted, Robin said.

“Nonprofits always exist on the thinnest of margins because the nature of what we do is not intended to have money carry forward from year to year,” he said.

Mothballing the organization and reviving it when everything else opens back up — an unpalatable but slight possibility if finances get too tight — would hurt the Capitol’s stated mission of “enriching performing arts and entertainment in Central Washington,” Robin said. Instead, he plans to continue working with his pared down staff to find programming that will fit the new normal. It’s not likely at first to include large touring musicals, for instance.

“A touring company already travels with an assumption that people are going to get sick,” he said. “They’re on the road eight, 10 months, up to a year. ... If you’re talking about COVID, suddenly that’s a different level. Then you’re bringing that from community to community to community.”

So the Capitol may be presenting smaller, regional theatrical tours as well as other forms of theater, dance and music that don’t pose as clear a public health risk as a large tour. The word “Broadway” isn’t in the organization’s mission statement, Robin pointed out; the important thing is that the Capitol continues to promote performing arts. That could include livestreaming, at least until full audiences are allowed back into the theater.

Strosahl is already talking with a local digital production company about livestreaming shows from The Seasons. He figures the nonprofit venue is going to be all right financially. An anonymous donor paid off its longstanding $200,000 loan from the city of Yakima in 2018, so it doesn’t have a mortgage or significant operational costs during the shutdown. And it secured a federal loan to help pay staff. But it’s going to be a while before the venue can accommodate large crowds again.

Like Strosahl, Miller of Ellensburg’s Gallery One is excited about the potential of reaching her organization’s audience digitally. The gallery has livestreamed exhibit openings and both free and paid classes already. And it’s planning in the next few days to share an artist-talk video featuring local painter Justin Gibbens and renowned Northwest author David Guterson, who used Gibbens’ illustrations in a new book last year. It’s the kind of stuff Miller and her staff had talked about doing for years and were suddenly forced to actually, you know, DO.

So far the gallery’s membership numbers, from which it derives a significant portion of its budget, have held strong. And Miller things they might even go up, because people with Ellensburg connections who no longer live there might be interested in becoming members now that they can access content online.

“We’re actually hoping to increase our membership goals, given that we’re doing so much virtually,” she said. “That part is kind of cool. I try to stay focused on those pieces.”

She and the other arts leaders interviewed for this story all talked about how some of the innovations made necessary by this pandemic could remain useful after it’s over. That sort of flexibility isn’t surprising, said Hanan of the state Arts Commission.

“You are talking about an industry that is inherently innovative and creative — because we’re the arts, right — and we’re also used to operating on thin margins,” she said.