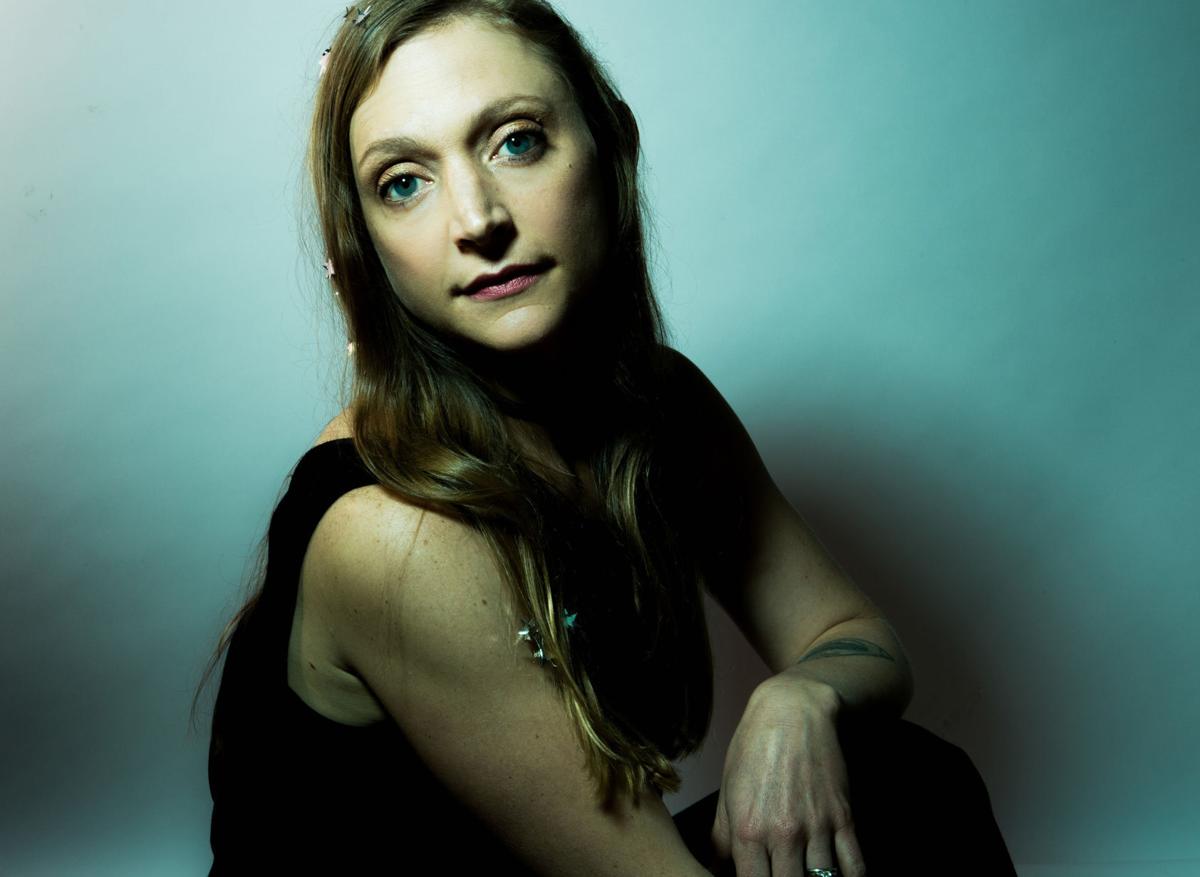 Eilen Jewell from Boise, Idaho, will blow the roof off Brewminatti again on July 15. 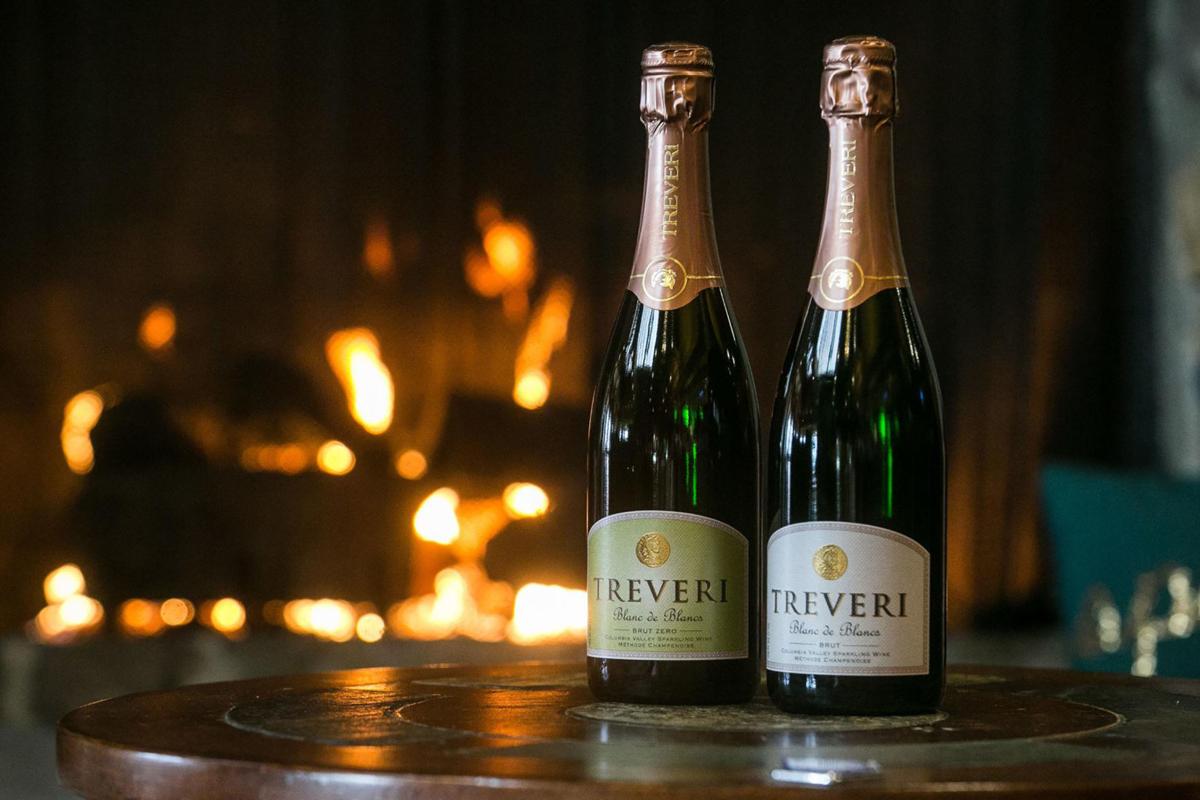 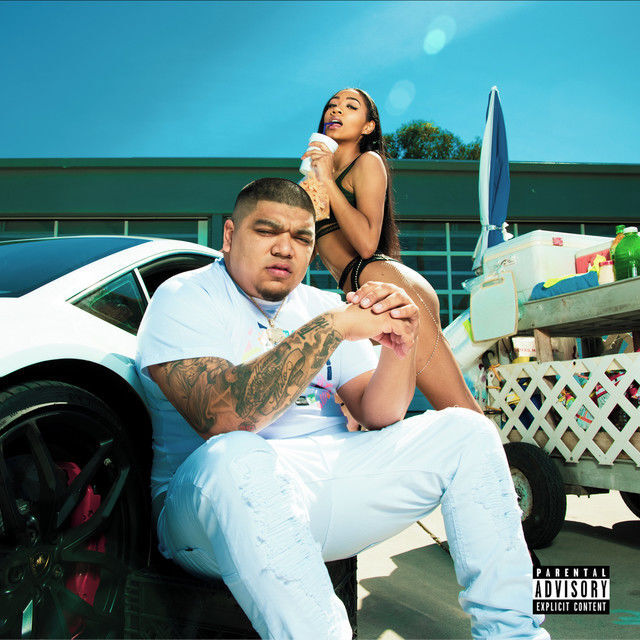 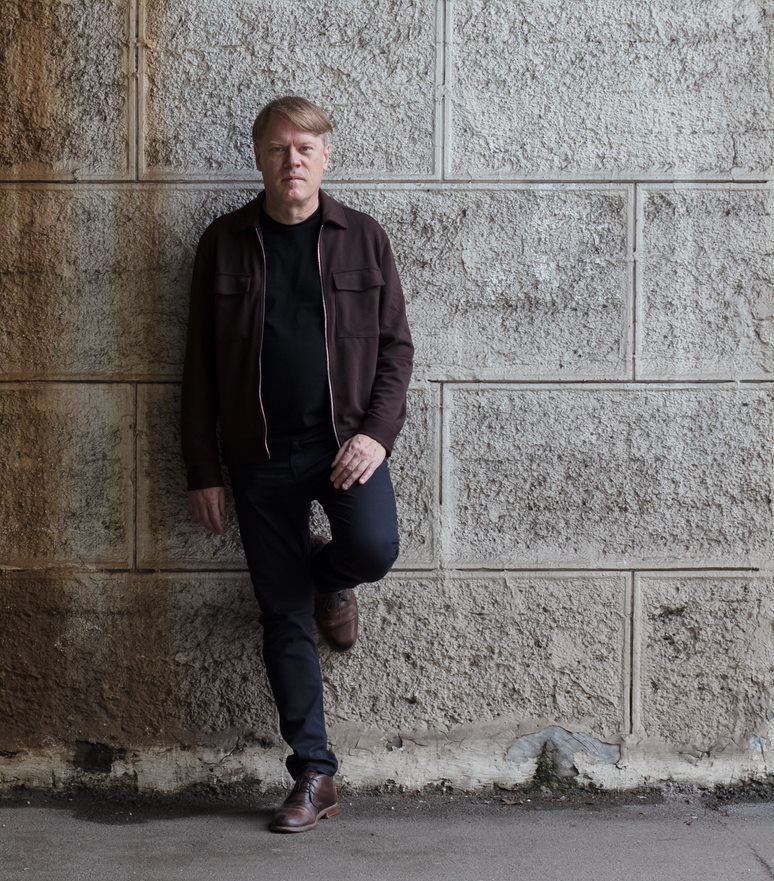 Chris Eckman, a singer-songwriter from Seattle, will be at The Seasons Performance Hall on July 23. 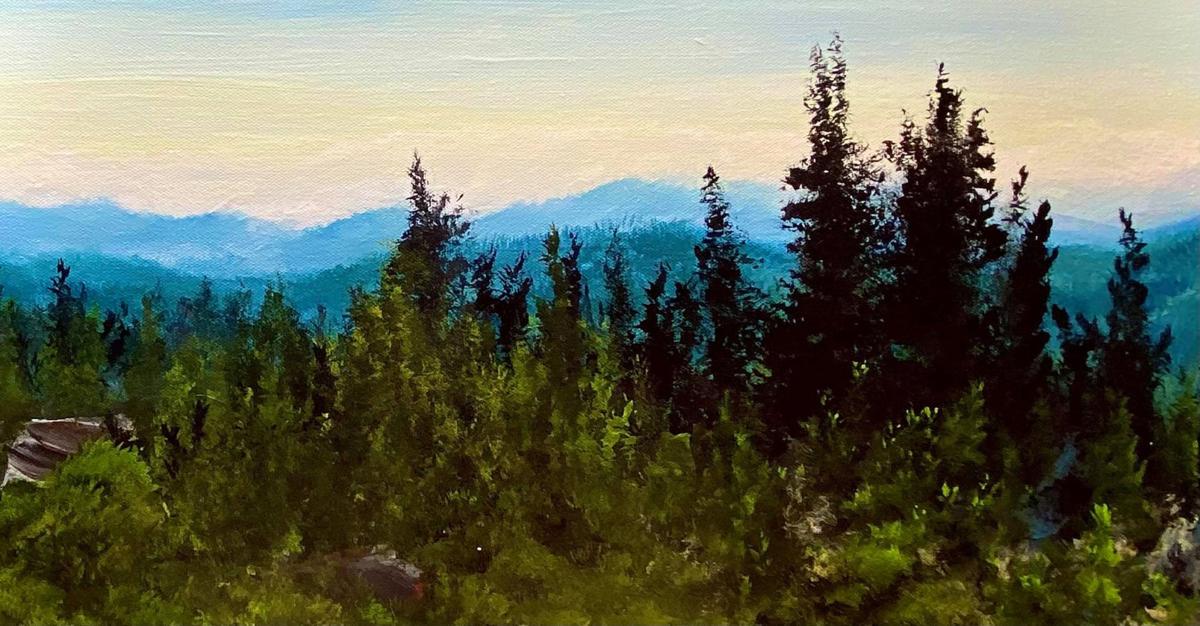 An art piece from the "Out of the Woods" exhibit at the Larson Gallery. 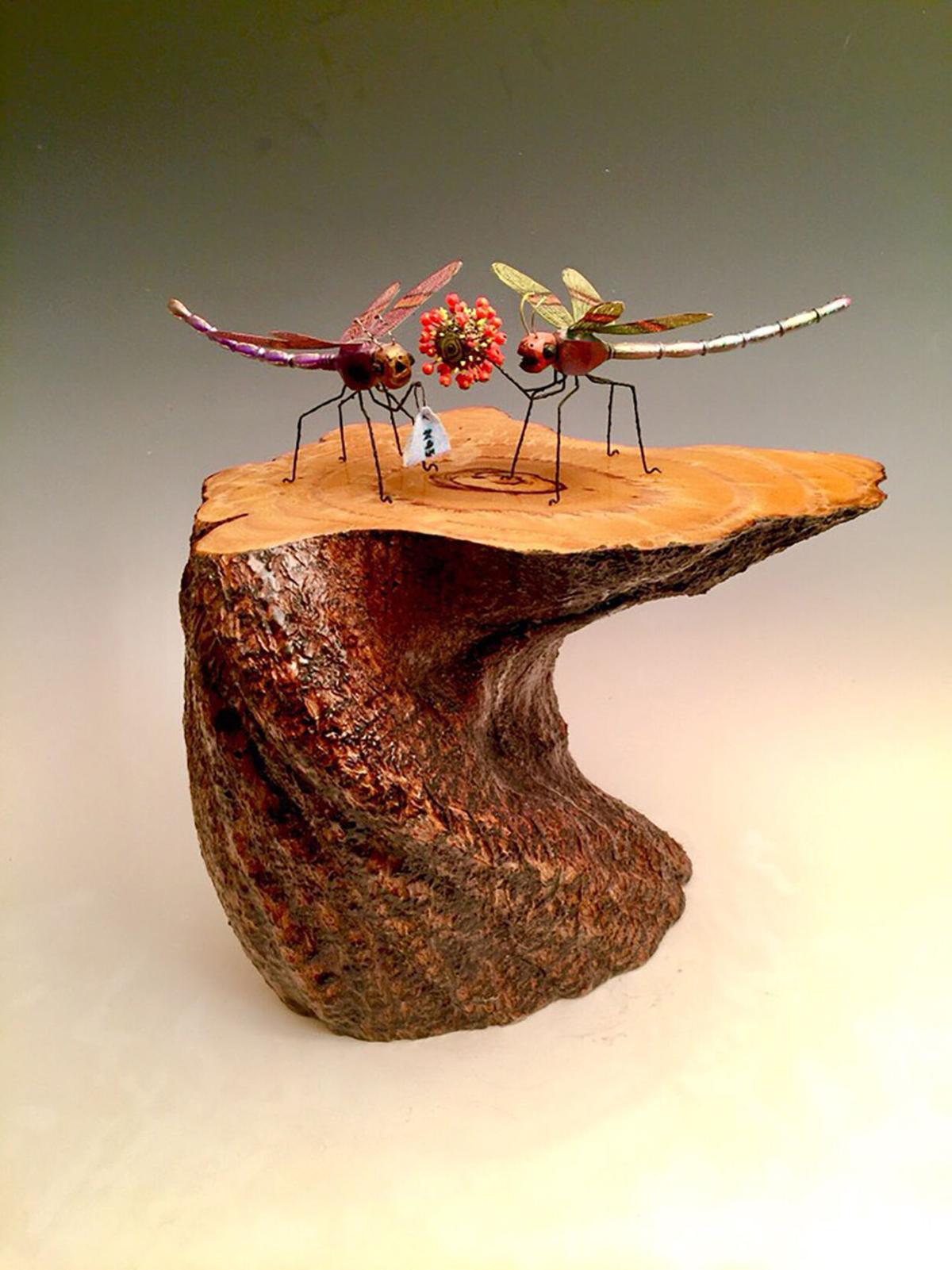 "2021: The Cure" by John Barany is featured at the "Out of the Woods" exhibit at the Larson Gallery.

Eilen Jewell from Boise, Idaho, will blow the roof off Brewminatti again on July 15.

Chris Eckman, a singer-songwriter from Seattle, will be at The Seasons Performance Hall on July 23.

An art piece from the "Out of the Woods" exhibit at the Larson Gallery.

"2021: The Cure" by John Barany is featured at the "Out of the Woods" exhibit at the Larson Gallery.

July is the first month of the full statewide reopening after 15 months of COVID-19 restrictions at various levels. And yes, sure, fine, OK, that doesn’t necessarily mean it’s all over and everyone is safe. It doesn’t mean everything will feel (or be) normal as we emerge from our cocoons. But it does mean that enough of us are vaccinated to allow gatherings for things like art openings, live music, and food and drink festivals.

Here are our picks for this month, pared down from a much larger list of worthy events. There are great things happening in Yakima in July. Now if it would just cool off a little.

‘Out of the Woods’

The title for this show is literal; the art is made of wood. But it’s also, intentionally or not, a perfectly apt metaphorical name for an exhibition in this moment — as we collectively allow ourselves to feel like maybe, just maybe, we’ve made it out the other side of a pandemic. The show, featuring work from Randal Leek, Pat and Karen Miller, Norman Brown, Jerry Johnson, David Johansson, Marilyn Bergevin and longtime SCENE section favorite John Barany, is one of the first opportunities to see the new Larson Gallery location. It will feature all manner of art, utensils and furniture. What little of it I’ve seen is incredible. Barany’s “2021: The Cure,” featuring a pair of dragonflies — one holding an N-95 mask while the other holds a spiky ball of COVID — is distinctively Barany. It’s whimsical and serious at the same time, expertly crafted with precision detail, making a statement that likely will mean different things to different people (or even the same person, depending on when they look at it). The others in the show are worth your time, too. Leek’s work, which preserves and emphasizes the natural qualities of its wood, is stunning.

I watched Oakland rapper Baby Gas’ video for “Life in the Ghetto” because the legendary E-40 has a verse on it. The old guy did not disappoint. But Baby Gas, aka the Ghetto Vato, held his own on the other verses, too. The song, and nearly every other Baby Gas song I’ve heard, features a mellow flow and a strong narrative sense. The man can tell a story. His ear for detail is his strength. I mean, I don’t know first-hand what life in his East Oakland neighborhood is like, but his tracks ring true. He’s said in interviews that it’s all based on his real life, and for whatever it’s worth, I believe him. At any rate, it’s good head-bobbing stuff for the car, and it’s gonna be great live at Hop Capital.

By my conservative estimate, I have sung the praises of Treveri Cellars roughly 100 billion times in these pages. And still (STILL!) I feel as though we as a community do not fully appreciate how rare it is to have a sparkling wine producer of this caliber this close by. The truly remarkable thing is that Treveri has maintained affordable pricing since opening more than a decade ago. (This stuff sells for $15-$20 a bottle, and it’s worth twice that.) If you’d asked me, as a consumer, to design the exact winery I’d most want nearby, it would be this one: a producer of outstanding traditional sparkling wines that also makes wild unusual stuff (like sparkling syrah) without a hint of pretentiousness at a price that allows you to buy it on a whim to pair with, like, the frozen pizza I’m having for dinner. And we actually have that. It’s great. And it will all be on full display, along with the founders’ German heritage, at Weinfest. Lederhosen and dirndls are optional but encouraged.

Boise, Idaho, singer-songwriter Eilen Jewell was one of the last acts to play Brewminatti before everything changed last year. It was February, 2020. The show was sold out, largely on the strength of her blow-the-roof-off 2018 appearance at the venue. A lot has happened since then, making Jewell’s reappearance a poignant bookend. There are still tickets for this one. You should buy them. Jewell has a voice that can go from purr to roar and sound unforced in either mode. And her songs are outstanding.

Seattle singer-songwriter Chris Eckman, whose band The Walkabouts had a six-album run on Sub Pop from 1989 to 1994, is one of those musicians your favorite musicians are into. His list of collaborators includes Mark Lanegan and Warren Ellis, an association with either of whom is enough of a recommendation for me. But the reasons you should check out Eckman extend far beyond his resume. His latest, “Where the Spirit Rests,” is a soft, darkly beautiful work. Sort of like Bonnie Prince Billy with a huskier voice or Townes Van Zandt with wounds internal rather than external. It’s restraint is it strength, giving it a solemnity apropos of its times.