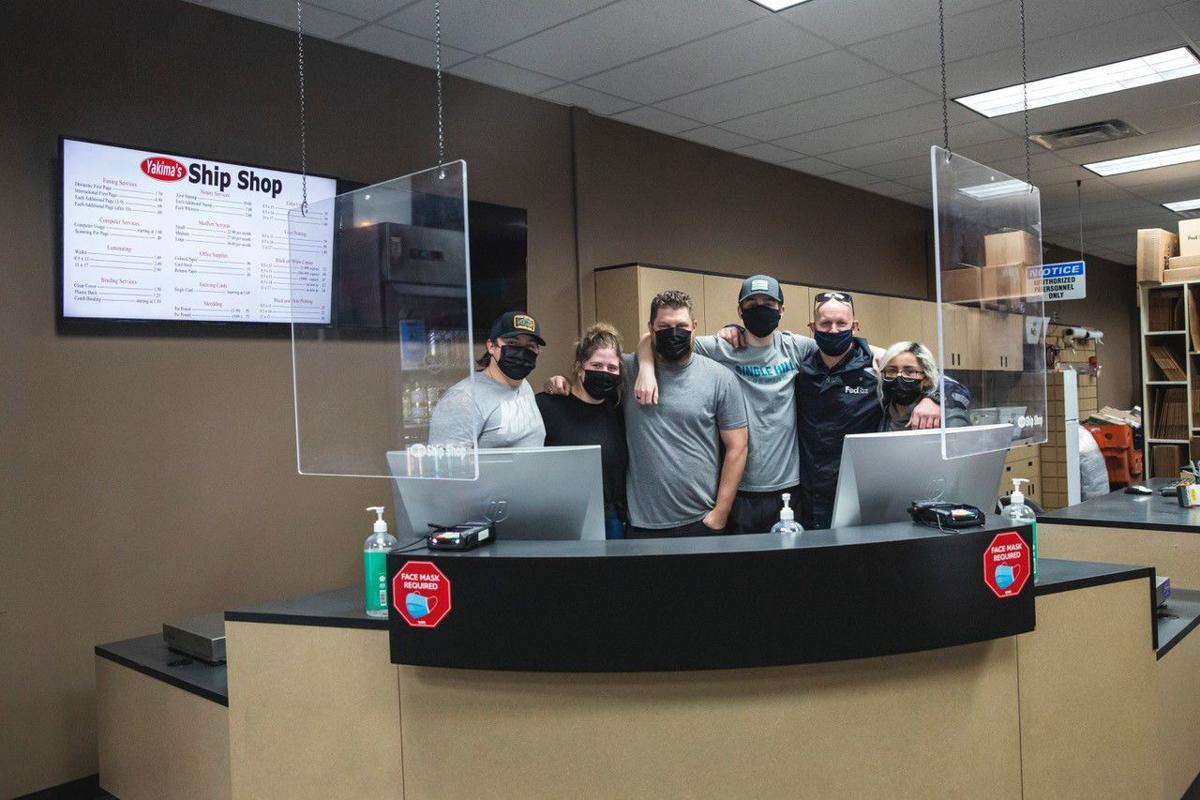 The crew at Yakima's Ship Shop has faced some tough tests lately -- and according to voters in our Readers' Choice Awards, they've passed them all with flying colors. 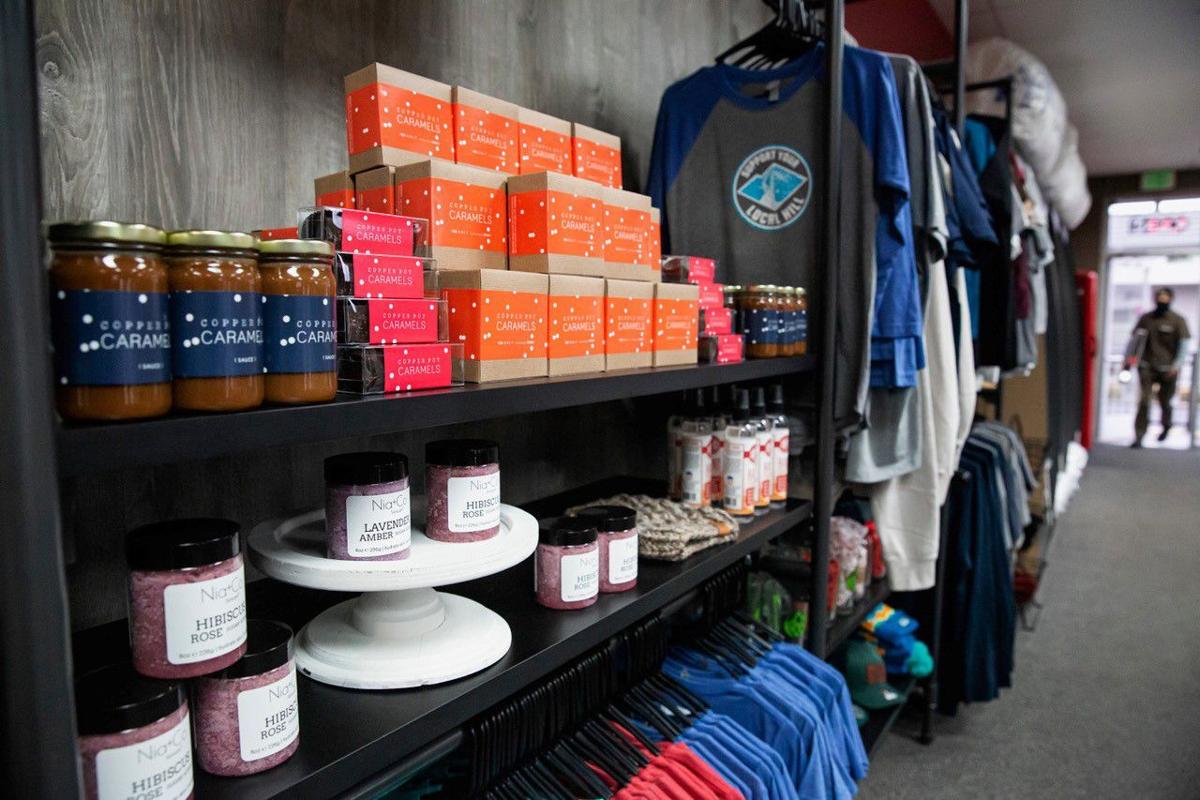 Why bother with Amazon? You can pick up everything from local treats to local gear at Yakima's Ship Shop. 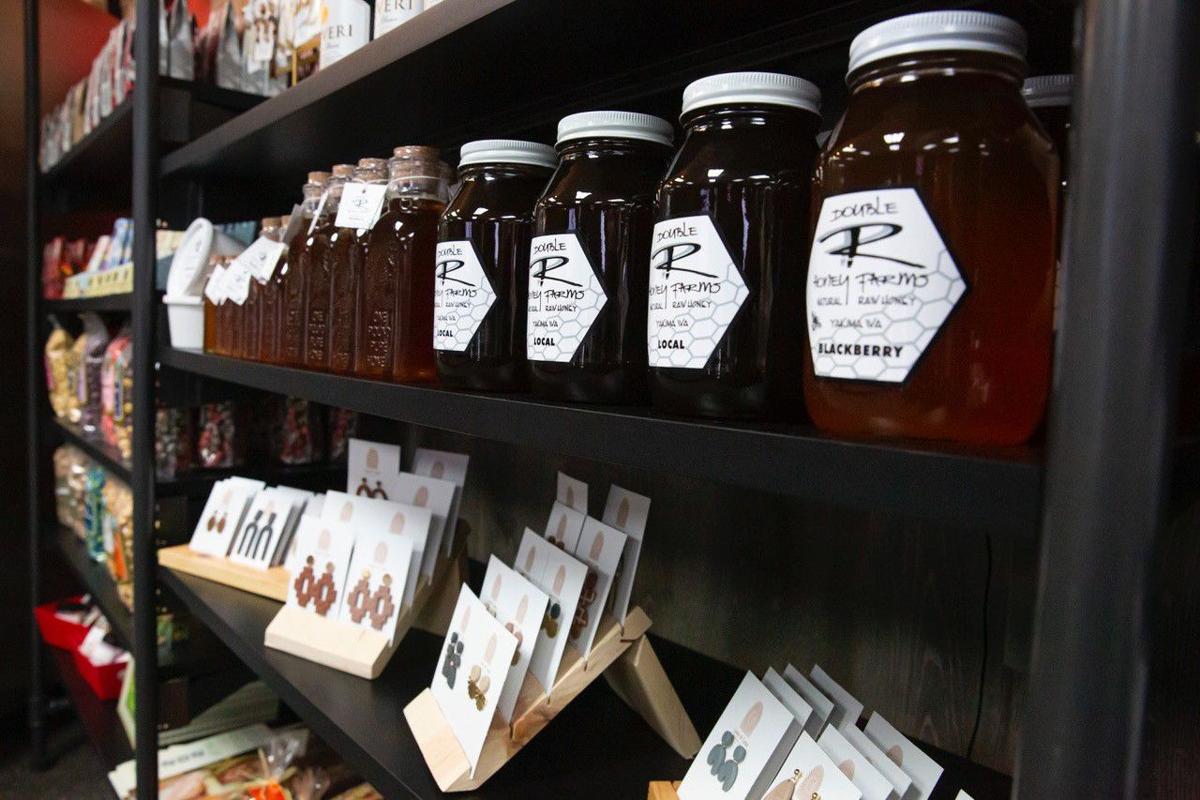 Owner Nicholas Kline displays his Yakima pride on every shelf in his shipping business. 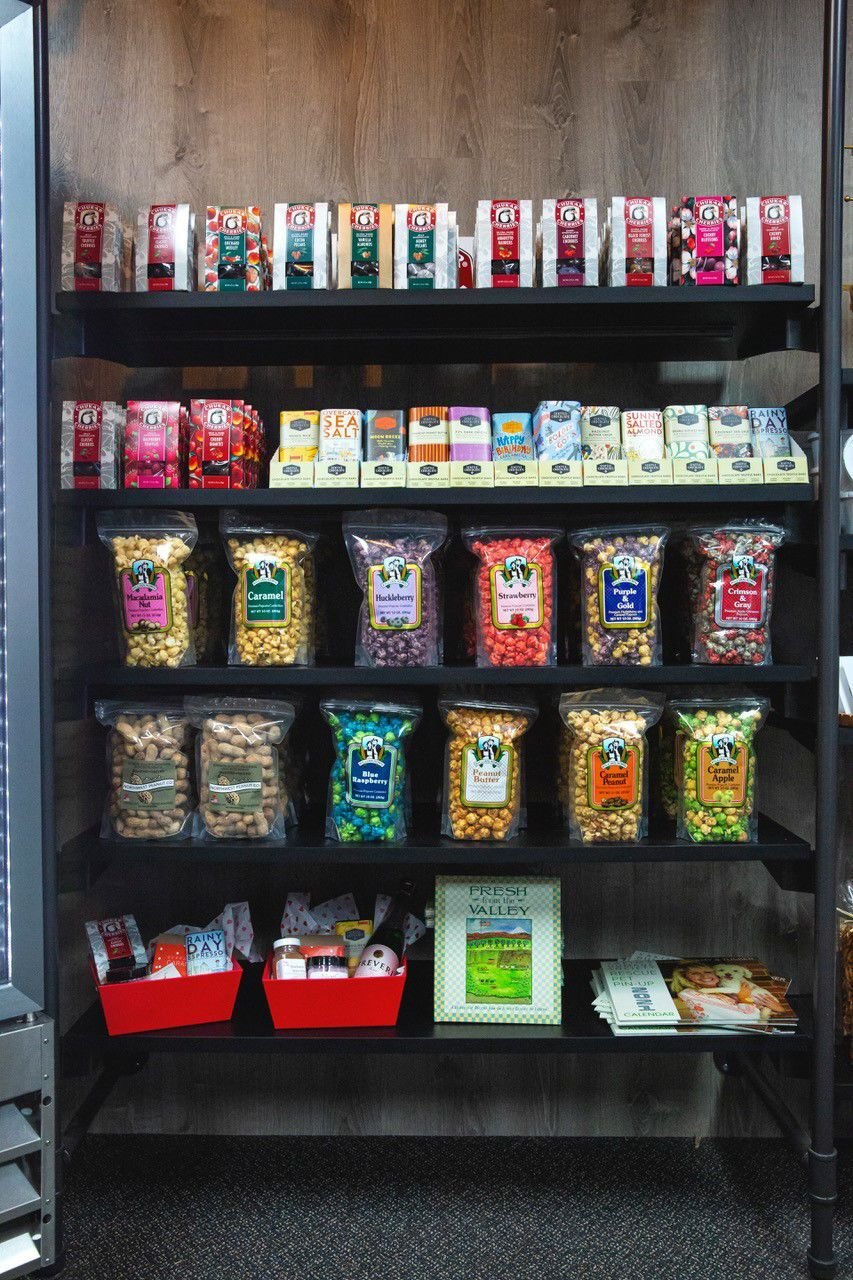 Outgoing packages go all over the world, but everything else at Yakima's Ship Shop is strictly local. 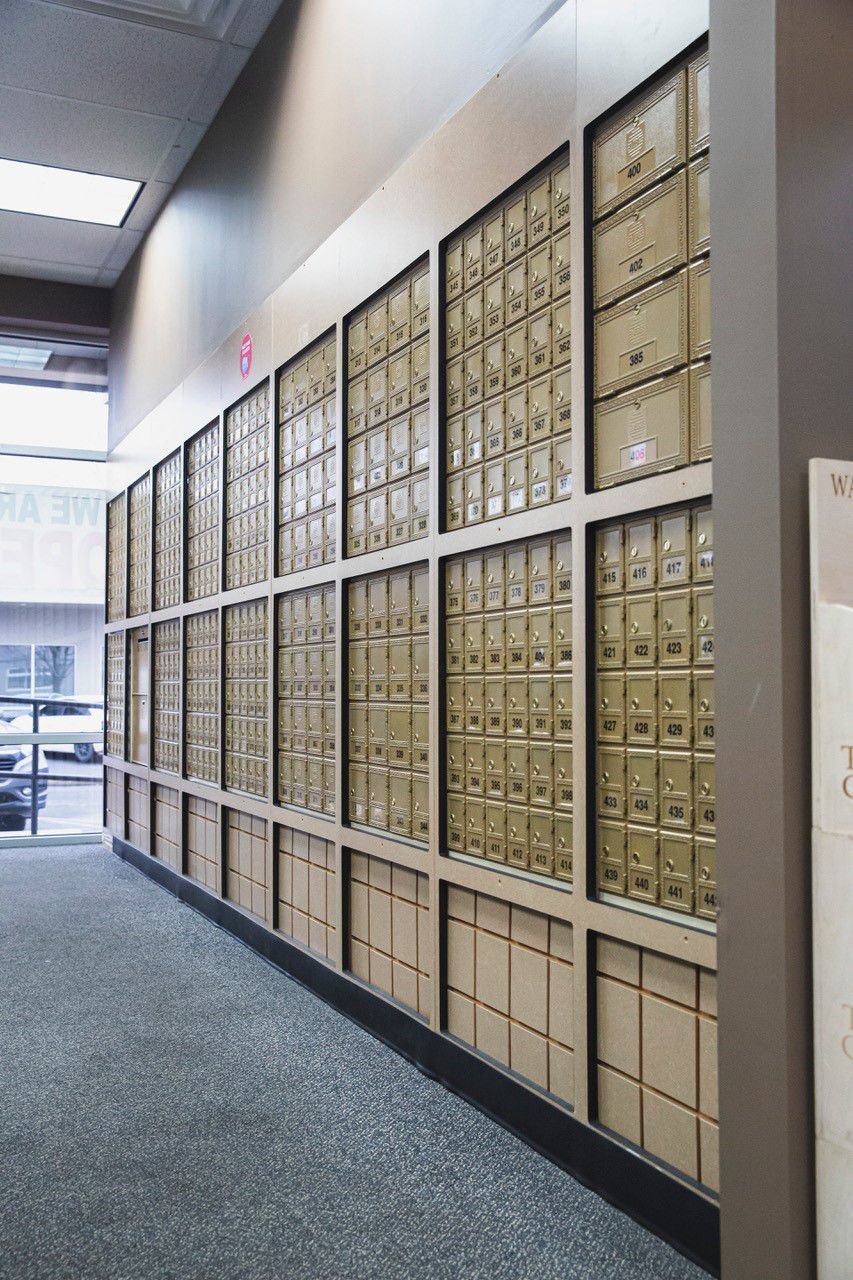 Nicholas Kline says Yakima's Ship Shop mailbox customers will soon have 24-hour access -- and e-commerce is in the works, too.

The crew at Yakima's Ship Shop has faced some tough tests lately -- and according to voters in our Readers' Choice Awards, they've passed them all with flying colors.

Why bother with Amazon? You can pick up everything from local treats to local gear at Yakima's Ship Shop.

Owner Nicholas Kline displays his Yakima pride on every shelf in his shipping business.

Outgoing packages go all over the world, but everything else at Yakima's Ship Shop is strictly local.

Nicholas Kline says Yakima's Ship Shop mailbox customers will soon have 24-hour access -- and e-commerce is in the works, too.

Before I met Nicholas Kline from Yakima’s Ship Shop, I had heard SO many amazing things about him and his business. And when I recently got the chance to meet him, I was not only impressed by him as a business owner, but also as the man and father he is.

Apparently I’m not the only one — the Ship Shop was voted Best Shipping Store in the Yakima Herald-Republic’s latest Readers’ Choice Awards.

Kline grew up in Yakima and graduated from La Salle High School in 2002. Unsure of the career direction he wanted to take, he headed to Yakima Valley Community College, where he eventually graduated with his associate’s of arts degree. He then began the business program at Central Washington University, but dropped out after a year to pursue an opportunity that would change his life forever.

While attending CWU, he was working for The UPS Store when the Yakima shipping outlet went out of business.

“I was 24 at the time and did not want to go looking for a job,” Kline said. “So, with my limited business background and a high level of entrepreneurial spirit, I decided to start my own business. There was some clever behind-the-scenes negotiating and convincing on my part, but in the end, I was able to get Jean and Jay Sentz, the landlords of WestPark Properties, to let me take over the spot of the now-out-of-business The UPS Store. Without them giving me a chance, my entire business and future might have never happened.”

Kline established Yakima’s Shipping Shop in 2008 (it’s now Yakima’s Ship Shop). After only a few years of being in business, he managed to grow his store into one of the largest independently owned FedEx retail centers in the country. But after e-commerce stores began to shift the way that they shipped and returned items (think prepaid labels provided by companies such as Amazon as well as free returns), retail shipping locations began to lose a large amount of business — as much 30-40%.

Instead of giving up on his dream, Kline decided to focus on the solution instead of the problem.

“My personality is, here is the problem, now ﬁnd the solution. I love problem solving,” Kline said. “The great thing about being independently owned, not a franchise, is that I could start to think outside the box. Back in 2017 and 2018 I knew I needed to shift into more of a retail setting. I needed to bring in things that people would buy when they were dropping oﬀ their free returns. I’ve always had a pride for local stuﬀ so after months of bugging Copper Pot Caramels I ﬁnally started selling them. Then I meet three awesome ladies from I Heart Yakima and was able to start selling their swag.”

But Kline didn’t stop there.

He continued to add more and more products from other local companies, such as Rooted In Collective and Simply Crafted Floral. He even got his liquor license in 2018 so he could start selling local wines and beers.

“Yakima is proud of its wine and I ﬁgured that if I’m going to promote local businesses, I needed to add it to my list of retail items. I’m pretty sure I’m the only retail shipping outlet in the U.S. where you can ship a package and also buy alcohol. Crazy? Maybe a little bit, but I was willing to think outside the box and have now sold over 5,000 bottles of wine out of a shipping store.”

Although the overall success of his store is quite an accomplishment, he is most proud of being able to support other local businesses by selling their items out of his store.

“During the holidays this past year, we had over 40 local company’s products in the store. Of course we will always be a shipping store but being able to help other local businesses and seeing how much their products make our customers happy is what truly brings a smile to my face. This community has done an amazing job of supporting the store and the diﬀerent directions it goes in — I couldn’t be more proud to call Yakima our home.”

And to continue to oﬀer more of what the community wants, Kline will soon oﬀer 24-hour access for his mailbox customers and as well as expanding into e-commerce.

When Kline isn’t helping you ship your package or shop at his store, you can guarantee he’s with his 13-year-old son, Ayden.

“Three years ago, Ayden started playing tournament baseball for a team out of Kent, which has led to some amazing opportunities for our family,” said Kline. “During the spring and summer, we spend most of our weekends on the west side of the state at baseball ﬁelds and traveling to cool places we normally wouldn’t go to. One thing that owning my own business has let me do is have a ﬂexible schedule so that I don’t have to miss out on experiences with my son. I’m very thankful for the employees I’ve had that allowed me to take the time oﬀ I need.”