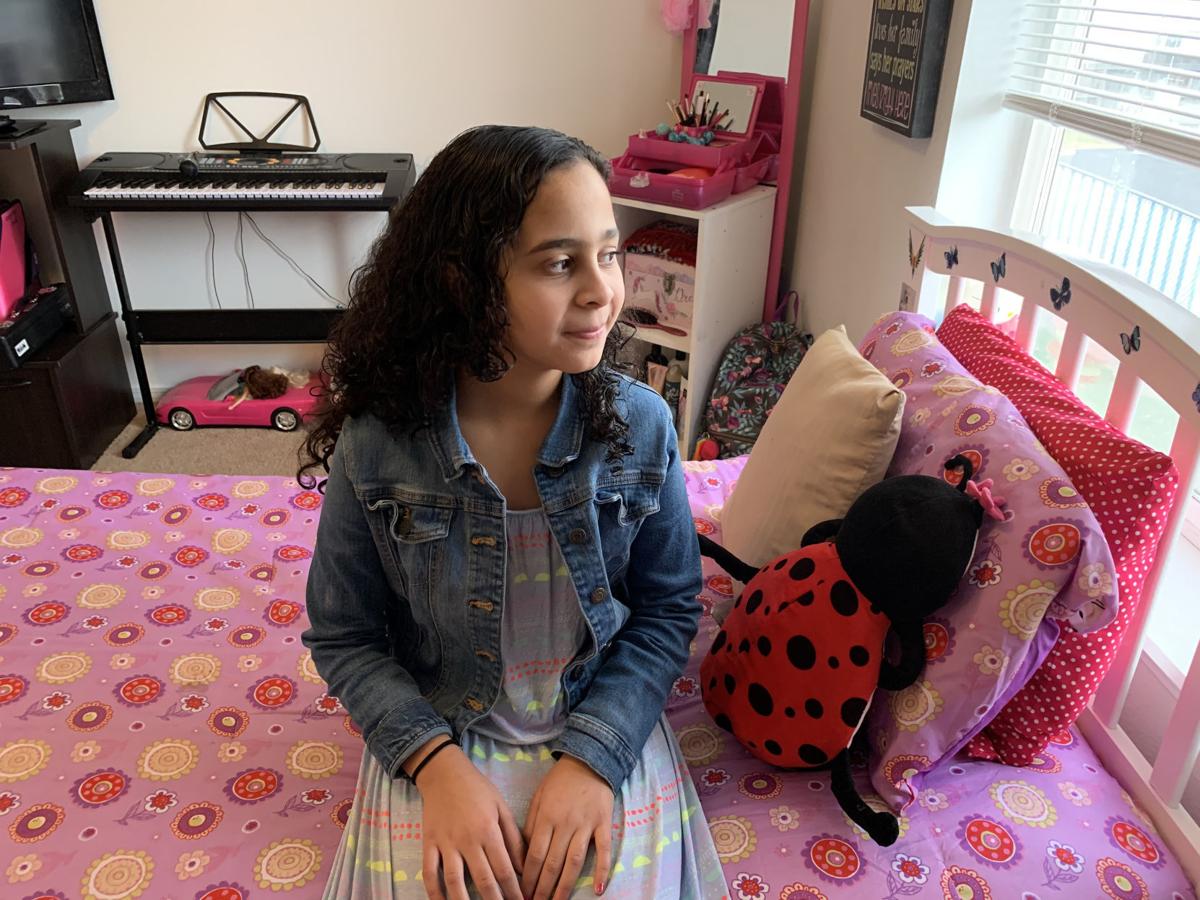 Malak at her West Valley home. 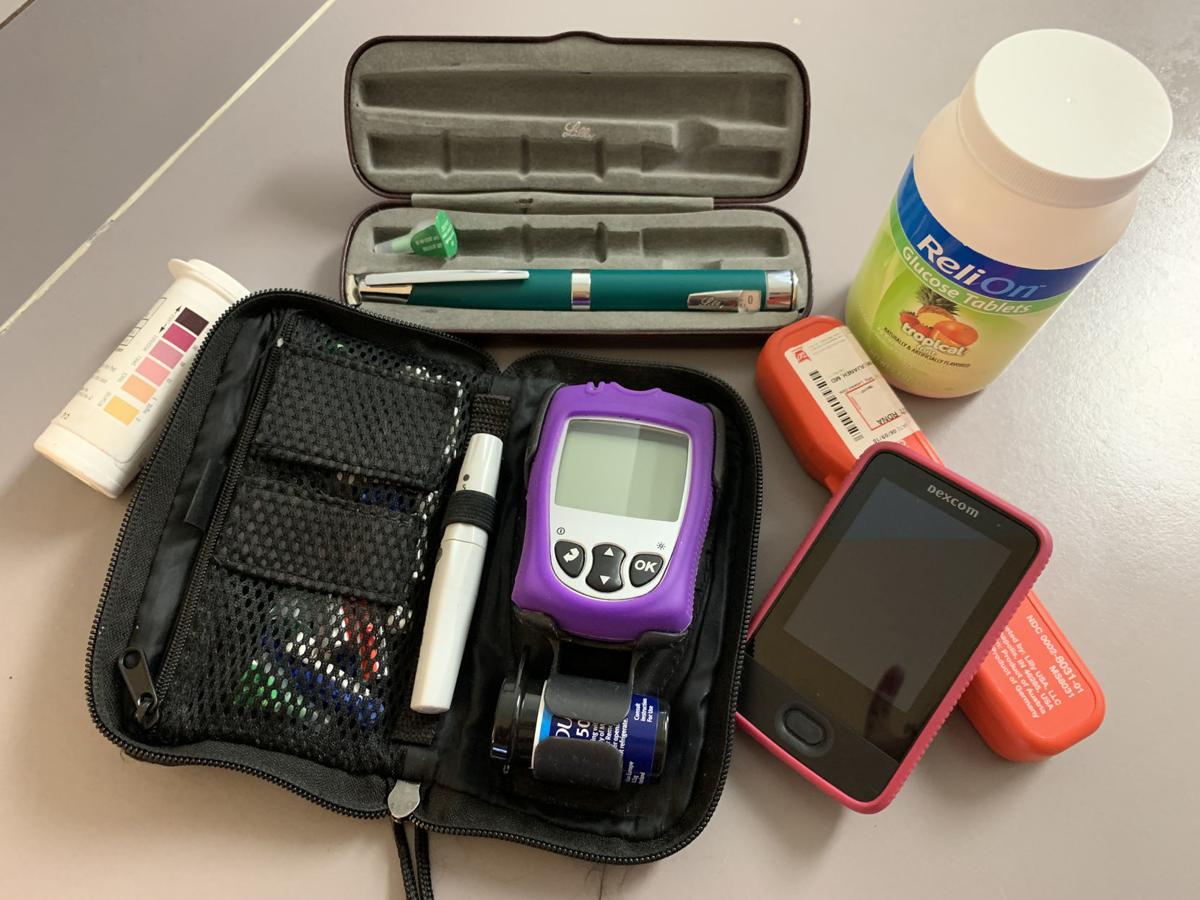 Malak's medical supplies: The kit in the black pouch pricks your finger to get a blood sample. The cell-phone-like device to the right is a remote receiver to monitor blood sugar from a patch. The green pen in back is an insulin injector. The red case is fast-acting emergency insulin. The pill bottle holds sugar tabs. 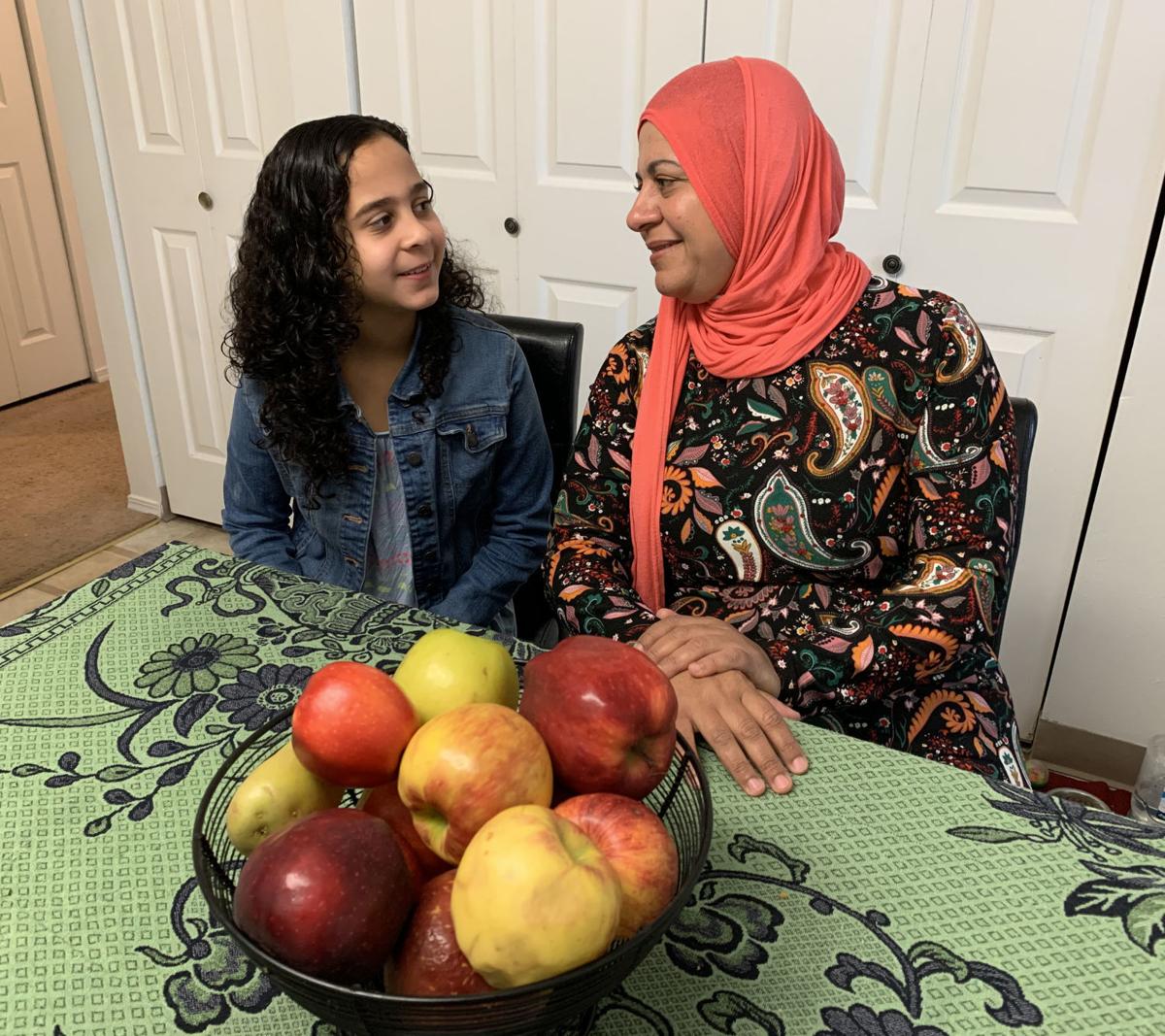 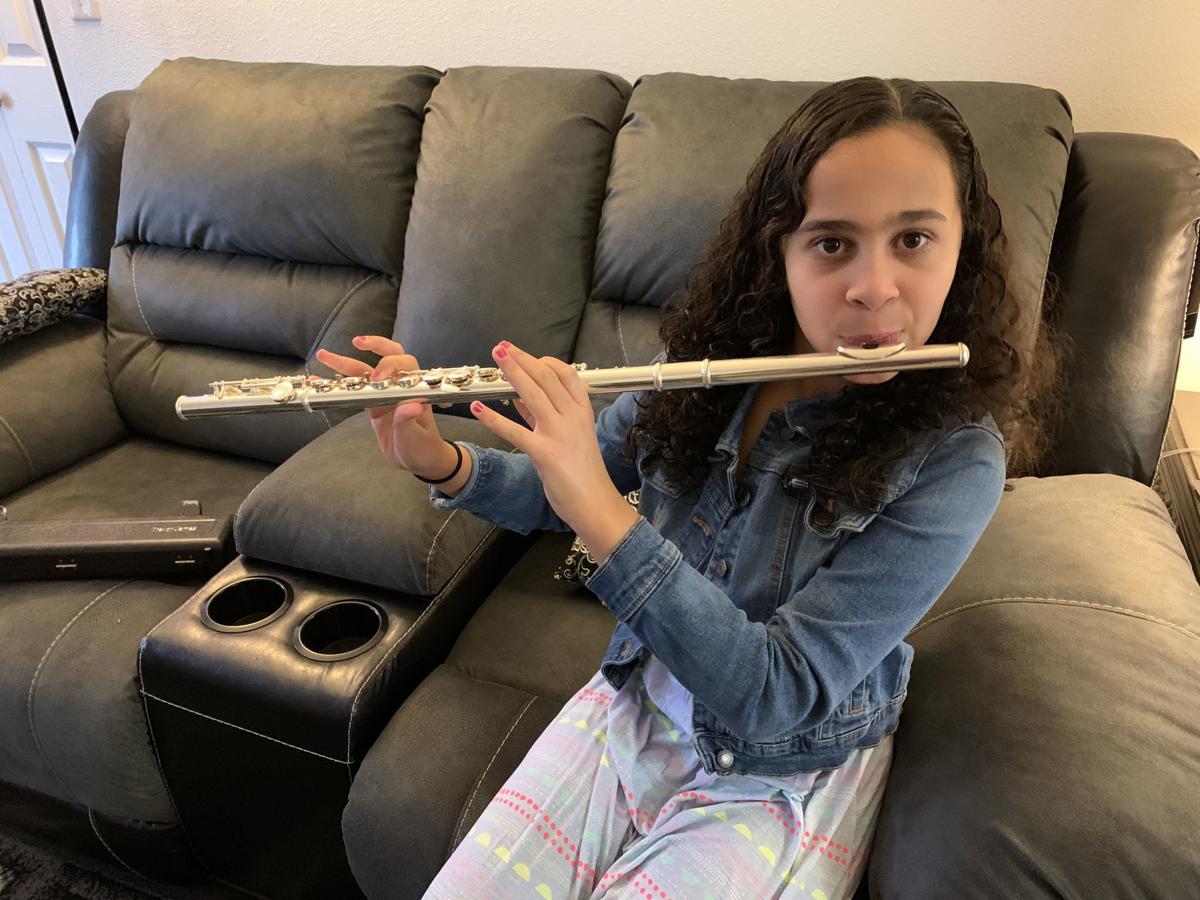 In addition to the flute, Malak plays guitar and piano. She is also a competitive athlete who loves volleyball, gymnastics and swimming. 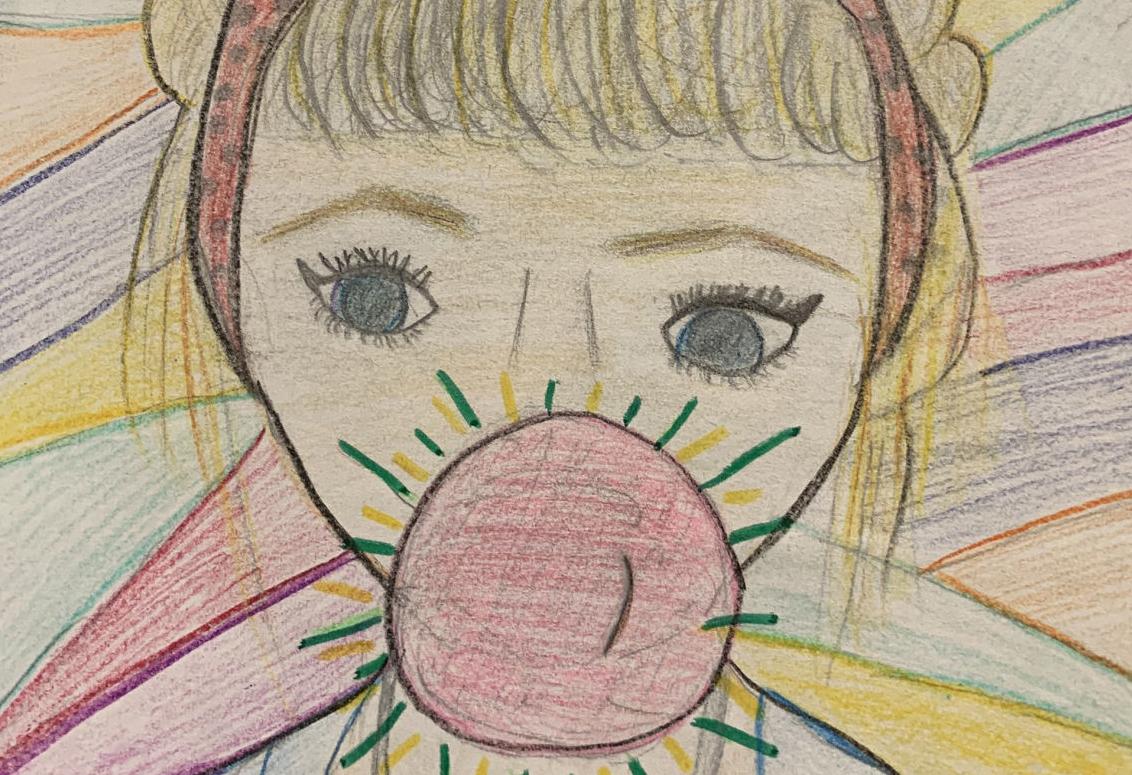 Malak at her West Valley home.

Malak's medical supplies: The kit in the black pouch pricks your finger to get a blood sample. The cell-phone-like device to the right is a remote receiver to monitor blood sugar from a patch. The green pen in back is an insulin injector. The red case is fast-acting emergency insulin. The pill bottle holds sugar tabs.

In addition to the flute, Malak plays guitar and piano. She is also a competitive athlete who loves volleyball, gymnastics and swimming.

The symptoms began when Malak Ibrahim was 7 years old and they came on gradually. The Yakima girl started to have trouble sleeping. That made her so drowsy in the morning she could barely wake up for school. She started to drink more water and then it seemed like she was always thirsty. P.E. was her favorite subject at school and she loved to play and exercise, but now she had a tough time summoning the energy to move. “I would make up an excuse like ‘My stomach hurts,’ or something like that, so I could sit out,” she said. “During recess I would never play and my friends would be like ‘Why don’t you want to play? Are you feeling sick?’” Her symptoms would improve as her blood sugar leveled out in the afternoon, so her mom, Raeda, didn’t notice at first.

Neither Malak nor Raeda had ever heard of diabetes. One night, Raeda noticed Malak’s breathing was unusual. She heard her gasping for air while she was sleeping. When Raeda woke her up, Malak tried to talk but she wasn’t making sense. Raeda rushed her to the hospital. When the doctors tested Malak’s blood sugar level — it was at 700. A normal reading is between 120-130. “They said I was to the point where I could’ve died,” said Malak.

Raeda was not ready for this. Her husband had died of asthma-related complications just the year before. “The doctor was with Malak for 15 minutes and he came out and said I have something to tell you. ‘I said — What? What?’ because I’m thinking she had the flu or a cold or something. He said ‘No, she has diabetes type 1.’ I said ‘What does this mean?’”

The doctor described how Malak would have to test her blood sugar and shoot herself with insulin. Raeda said, “No, no! My husband died, and now my daughter’s good life is lost. I stayed in the chair and started crying.”

The doctor gave her 15 minutes to go home, pack, and race back to the ER to board the helicopter that would airlift Malak to Harborview Medical Center in Seattle. She lay in a coma there for three days and it took her weeks in the hospital to recover. It took the family awhile to realize how dramatically diabetes type 1 would change their lives.

Insulin is made in the pancreas, and acts like a key that opens the doors of cells to let glucose in. Glucose is the fuel that runs the body.

In type 1 diabetes, the pancreas loses its ability to make insulin. This type of diabetes can’t be prevented or cured and those who suffer from it will have to take insulin the rest of their lives. But with proper care, people with type 1 can lead long, productive lives. Nothing the parent or child did caused it to happen. Researchers say the immune system mistakes the healthy insulin-producing cells in the pancreas for foreign invaders and destroys them.

Type 2 diabetes causes insulin resistance, meaning the body still produces insulin but can’t use it as effectively. It can be controlled or sometimes reversed with changes in diet and exercise.

Nearly one in 10 Americans, or about 30 million of us, has diabetes. Type 1 is much less common than type 2. Just 1.25 million Americans suffer from that. Of those, just a tiny percentage are children.

Malak and her family had to learn a whole new way to live. A new way to shop, to cook, to count sugars and carbohydrates.

For the first year or so, they tested her blood sugar by pricking her finger. They had to do this 10 or 12 times a day — and it hurt. Then doctors recommended a new system that uses a sensor patch with a small needle attached to the skin to check blood sugar levels throughout the day. It sends a signal to a small phone-like device. The patch has to be changed every ten days, but this system is much easier and less obtrusive, said Raeda, “It’s easy in school and for me and her.”

About two years after she was diagnosed, her stepsister told her there was no cure for type 1 diabetes. “I never knew that,” said Malak. “So when she told me it can’t go away I was like — ‘Oh. I’ve got to take this now. I’ve got to take it seriously.’”

It’s a lot of work, she added. Surprisingly, she can eat some of the foods that other kids eat, like candy, but only a small piece, and “I have to monitor it, check it, and do the math for it. So whatever that equals for the blood sugar. So, the carbs would equal one, and the blood sugar would equal one, so that means two units and then I would have to take the two units and wait a little bit so it would go into my body and then I would be able to eat it.” She did go trick-or-treating in October. But she has to be vigilant about foods that other kids take for granted, she said.

“During class when we have a pizza party or it’s somebody’s birthday I always have to take the cupcake home.” (so she can handle it appropriately.) “I always have to scrape off the icing.”

She does not let diabetes stop her from leading a normal life and being athletic. She loves volleyball, gymnastics and swimming; and plays the flute, piano and guitar. She loves to write and keeps a journal every day. Her mom said, though she is only 11, she deals with it with strength and courage.

Sometimes kids at school tease her. “They say ‘Oh, she has cancer,’” Malak said. “That hurts. But I brush it off like I don’t really care.” When that happens, she tries to educate them about diabetes, and it strengthens her resolve, she said. “Just keep going. You can do it no matter what anybody says. It’s not like you’re contagious, like no one wants to be around you, but they’re kids. They don’t understand.”