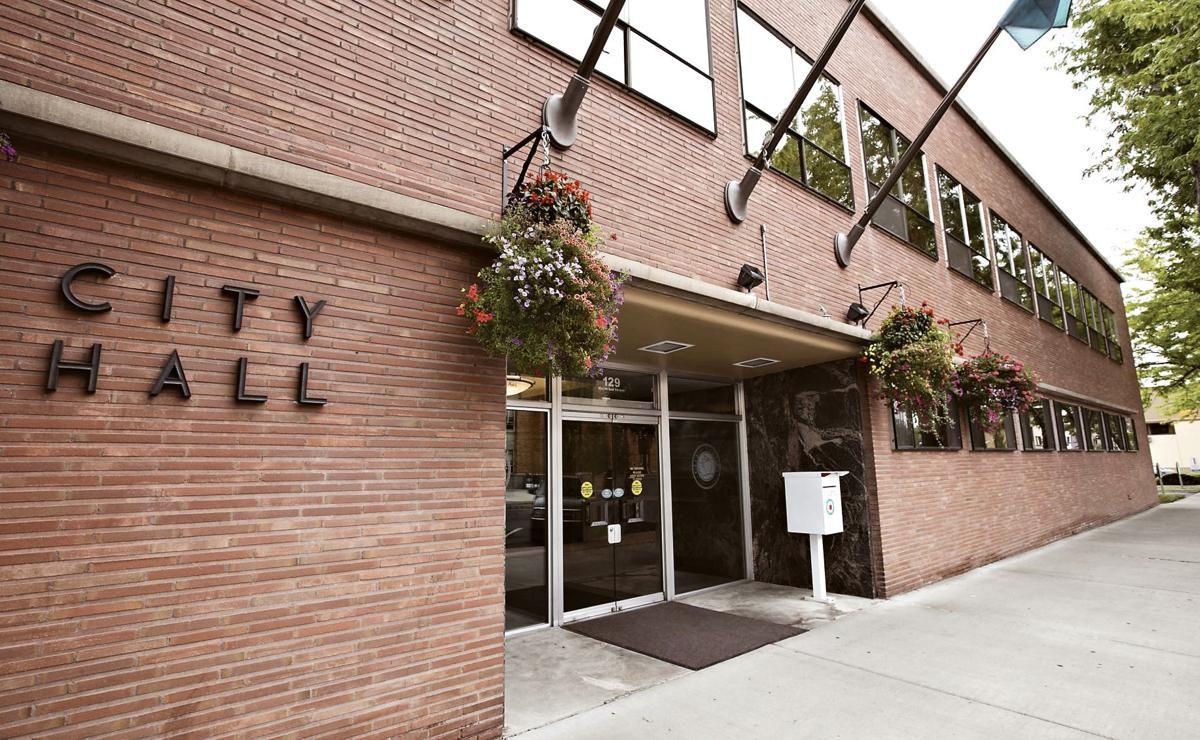 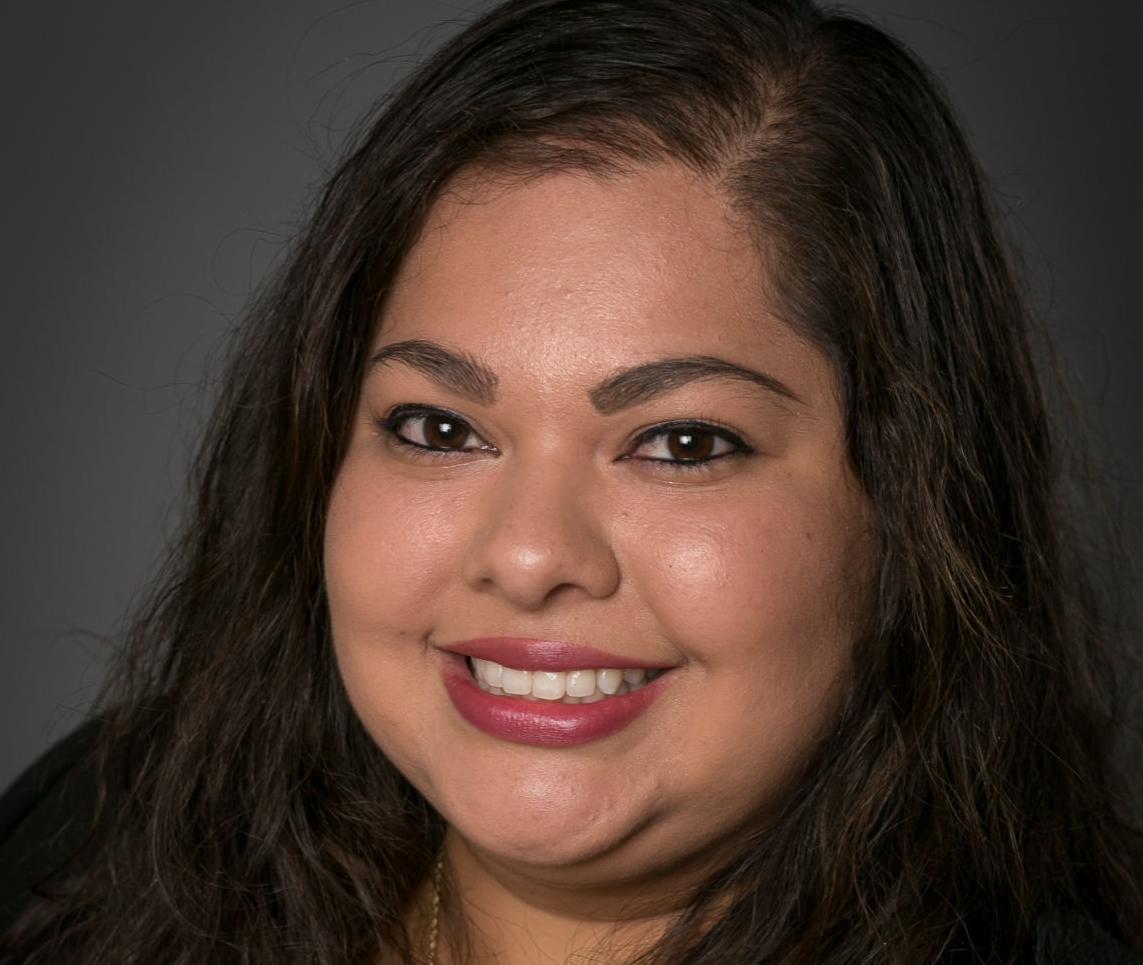 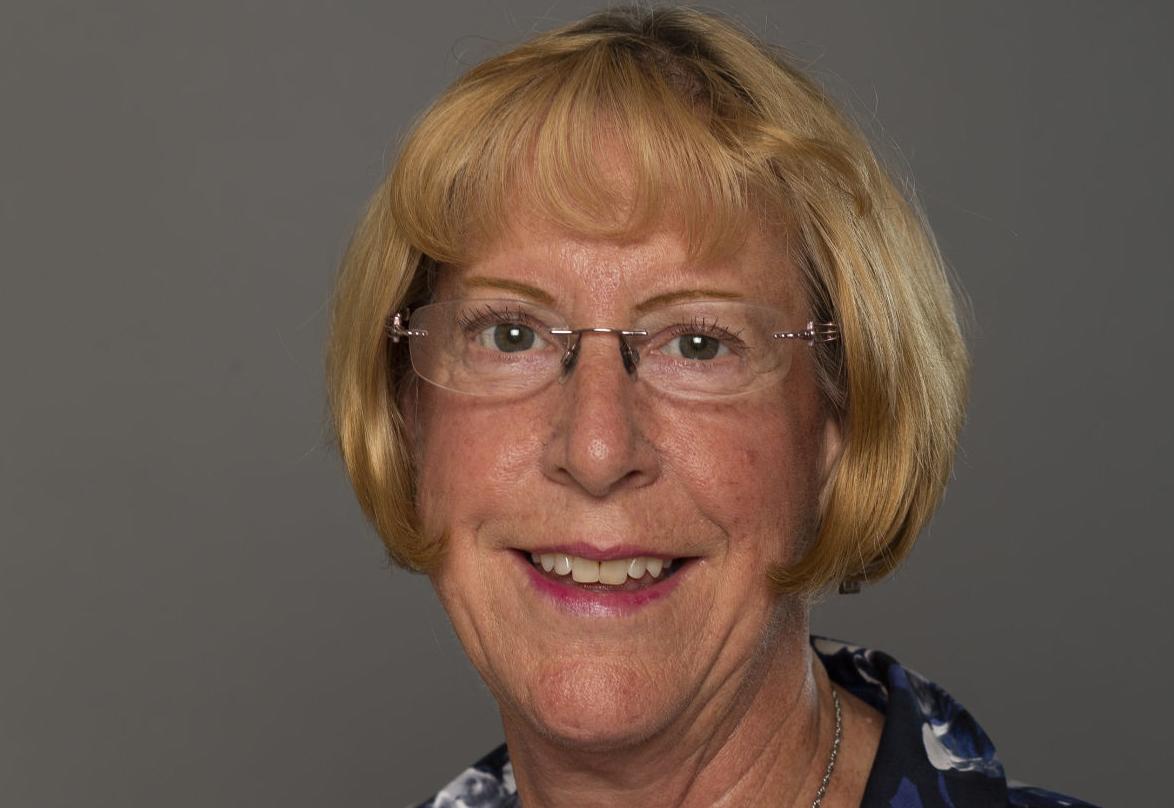 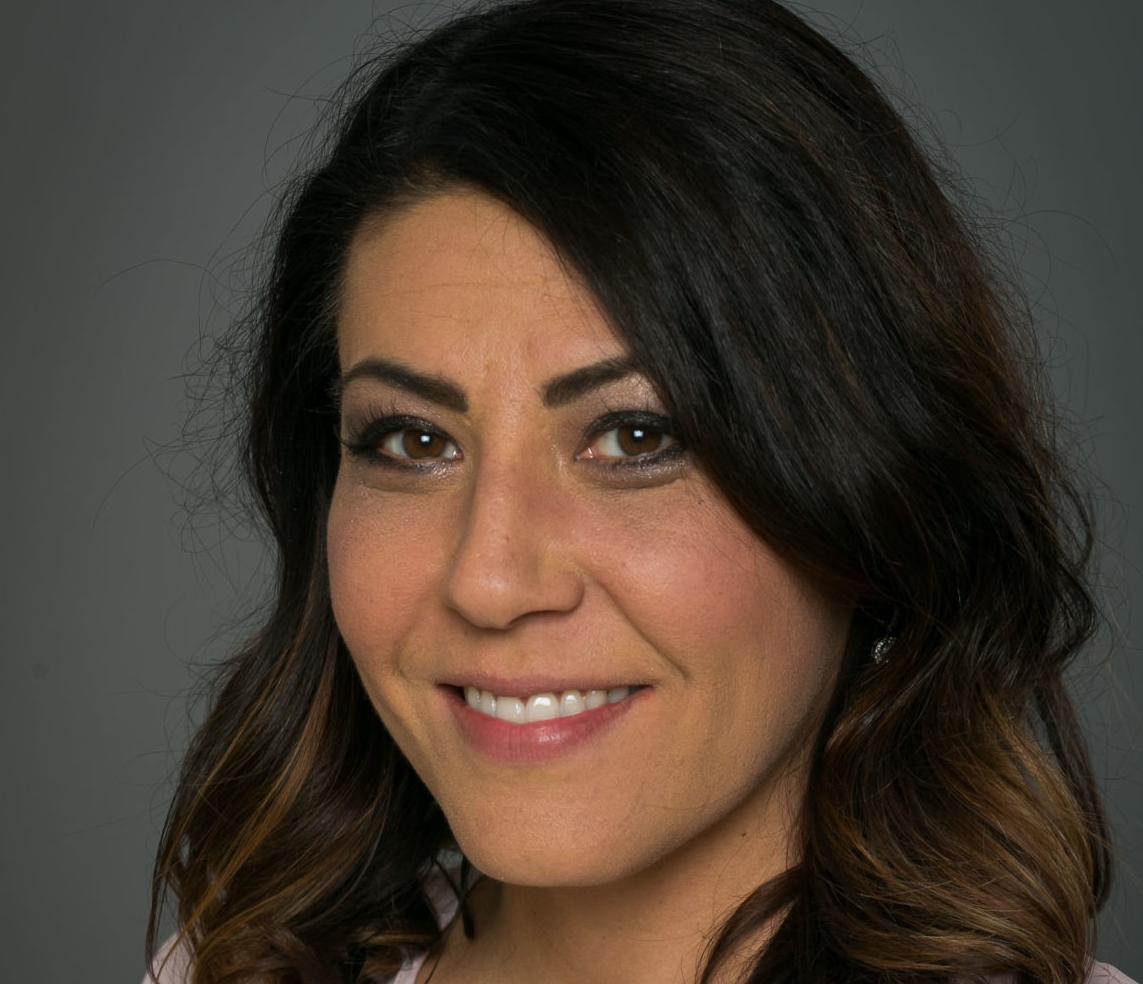 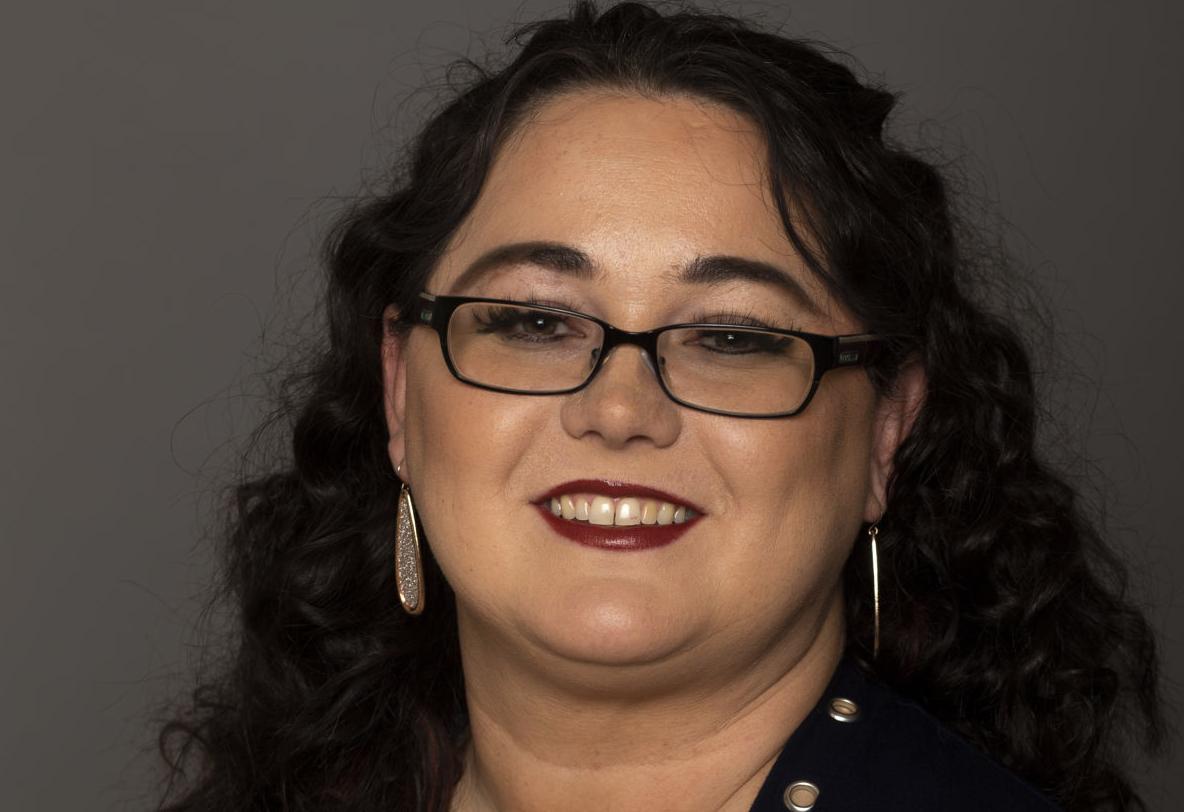 The Yakima Herald-Republic Editorial Board brought together candidates for Yakima City Council seats to discuss a range of issues in advance of the Nov. 5 general election. The newspaper’s editorial board, which operates separately from the newsroom, developed its endorsements from these interviews and from recent news coverage.

The interviews fleshed out viewpoints on topics such as the budget, public safety, homelessness and flights from the airport by the federal Immigration and Customs Enforcement agency.

The contested council seats and their candidates are: Position 1, Eliana Macias and Kenton Gartrell; Position 3, Patricia Byers and Thomas Sund; Position 5, Soneya Lund and Liz Hallock; and Position 7, Holly Cousens. Cousens has an opponent, Sarah Towell, who has dropped out of the race but whose name will remain on the ballot.

The Yakima Herald-Republic Editorial Board endorses the following candidates for the Yakima City Council:

This endorsement stems in part by default, as the other candidate in the race, Kenton Gartrell, turned down an invitation to meet with the editorial board. Macias did meet with the board and offered some insights on what she would bring to the council.

A single mom who works as a pediatric dental assistant at Yakima Valley Farm Workers Clinic, Macias emphasizes the need to control city spending while addressing the needs of her northeast Yakima district, which has one of the city’s highest poverty rates.

In her telling, two of her priorities — street safety and public safety — work hand-in-hand; she cites a need for improved lighting at Miller Park as an example. She supports more after-school programs for youth in partnership with entities like the Yakima School District.

Macias grew up in the district and says that in the past, she felt “questioned and not protected” by the city’s police department. Macias notes improvement in recent years and advocates foot patrols as a way for the police department to increase both its presence and relations with the community.

Macias would like to see the council work toward zoning changes to enable more affordable housing, which in her view is one way to address Yakima’s homeless issue. She opposes the council’s recent move to increase a utility tax to fund increased code enforcement and an enhanced police presence where the homeless are camping, arguing the approach is too punitive.

As a child of undocumented immigrants, she argues passionately against the city allowing federal Immigration and Customs Enforcement flights from the city-owned airport. She also speaks strongly against a possible move to a strong mayor system, saying a citywide election would dilute Latino clout in the vote.

We wanted to hear Gartrell’s views on these and other concerns, but he chose to duck the issues by not meeting with the editorial board. His past behavior has raised questions about his suitability for public office; in 2015, he made sexually inappropriate remarks to a fellow soccer official that led to a six-month suspension by Washington Youth Soccer. On primary night in August, he was involved in a barroom altercation with a Macias supporter.

We don’t necessarily agree with all of Macias’ positions, and she will face a steep learning curve on the council. She will also need to learn to assert herself and her district’s needs on a council with some strong personalities. But her narrative as a child of District 1 reflects that of many district residents, and she is willing to engage on the issues — in marked contrast with her opponent. Eliana Macias is the better choice for the council.

Byers and her opponent, Thomas Sund, bring similar experiences and viewpoints to their campaigns for the council. They also bring strengths from longtime Yakima residency and experience spanning the public and private sectors. Both have lived in Yakima for more than 40 years, both speak of wanting to give back to the community, and either one would capably represent a district that encompasses neighborhoods in south-central Yakima. But we believe Byers’ civic involvement and governmental experience give her the edge.

Sund worked for more than 33 years as a funeral director and then another 12 years in law enforcement as a dispatcher and 911 call-taker. His former job entailed constant communication with the public — he says the city must do a better job in letting taxpayers know where their money is going — and the latter job makes him attuned to issues of law enforcement and public safety.

Byers, who worked 23 years in the psychology field, brings a wealth of civic involvement with the Yakima Schools Foundation, the Greater Yakima Chamber of Commerce, the YMCA and the Foursquare Church. Notably, she has spent six years on the Yakima Planning Commission, including two as its chairwoman. The Planning Commission performs a consequential role in the direction of the city’s development.

Discussion of city issues finds they are on the same page in many ways. Both speak of the need to replenish the city’s reserve fund, now alarmingly low, and the need to scrutinize the city budget for savings. Byers speaks toward reaching out to “knowledgeable people” in the business community for fresh ideas on how to allocate city resources.

Sund especially sounds open to new sources of revenue, though his idea of a city gas tax should Yakima’s $20 car tab fee be repealed by Initiative 976 is likely infeasible both politically and legally. On public safety, both agree on the need for early intervention among the city’s youth to thwart the influence of gangs, and both agree on the need to hire more police officers.

They also agree that homelessness is more of a concern than a crisis, one requiring additional services for those suffering from addiction and mental health issues. Sund offers some especially poignant anecdotes about close personal relationships with those going through difficult times. Both agree on working with other entities, such as the faith-based Camp Hope and the Union Gospel Mission, as the proper approach to homelessness efforts.

Both agree that the federal Immigration and Customs Enforcement agency should be allowed to operate flights out of Yakima’s airport, citing contractual and budget issues. Both are open to a move toward a strong-mayor form of government, with Sund decidedly in favor and Byers wanting to know more.

So in many ways, not much separates the two. But Byers’ involvement in civic affairs and tenure on the Planning Commission give her a breadth and depth of knowledge on government and its relationship with businesses, other agencies and the faith community. District 3 voters have a choice of two capable candidates; the more capable one is Patricia Byers.

In her campaign to fill the seat of outgoing Mayor Kathy Coffey, Lund emphasizes her business experience as a salon owner, her Yakima upbringing — she was born in South Korea and moved here at age 4 with her family — and her civic involvement, especially on the homeless issue.

Her opponent, Elizabeth Hallock, also cites her business experience in running the Sweet Relief marijuana shop. An East Coast transplant, she offers a background as a lawyer who has dealt with criminal justice issues, and she promotes a goal of improving the city’s economic life and quality of life.

The two candidates differ markedly in style but deviate little in substance on many of the city’s nuts-and-bolts issues. As business owners, both voice the oft-stated complaint that city bureaucrats and policies make life difficult on small businesses.

Both cite the need to get back to basics on the city budget, with Hallock arguing the city could be more creative on seeking grants and Lund advocating “line-by-line” scrutiny of budget items. Both take strong issue with the council’s recent vote to ramp up code enforcement and police presence on homeless people who are camping — both used the word “incarceration” to describe the expected outcome. Lund and Hallock agree that moving toward permanent housing is the preferred and proven approach.

Both voice alarm about statewide Initiative 976, which would eliminate the city’s $20 car-tab fee that funds ongoing improvements to North First Street.

Hallock has toned down much of the rhetoric and contentiousness that marked her bid last year for the 14th District state legislative seat; in that campaign, she ran as a partisan Democrat against Republican incumbent Rep. Gina Mosbrucker. Hallock does offer an array of knowledge as a business owner and lawyer with a background in urban planning.

But we side with Lund and her background with civic groups and her work with Rod’s House, which is on the front lines of the homeless issue. She brings a personal temperament that could work collaboratively with City Council members whose differences emerge all too frequently in public.

We also believe Lund can reach out to residents, schools and other entities to improve communication and develop approaches to resolve the city’s issues. With lifelong residency in Yakima, she is more innately attuned to the tone of the city. All these add up to our choice of Soneya Lund for the council.

Cousens’ reelection is virtually assured with the decision by opponent Sarah Towell to suspend her campaign. Cousens met with the editorial board to review her first four years on the council and sketch out what she hopes to accomplish in her next term.

Cousens, who teaches at Yakima Valley College, has used her first term to gain a solid education in the workings of local government. She speaks knowledgeably about setting priorities in delivering services not just for her southwest Yakima district, but with an eye to equity for those parts of the city that have seen underinvestment in the past.

Of note is that Cousens wants to revive the prospect of a Yakima port district, which she says would be a useful tool for enabling economic development, as has happened in Sunnyside, Grandview and Pasco. She acknowledges the concept has flopped at the ballot box in the past, but that a key source of past opposition — the agricultural community — is willing to give it a second look.

Making housing more affordable would be a giant step toward combating homelessness, she says, as she advocates reduced fees, partnerships with homebuilders and developers, and zoning changes that enable denser forms of housing. She defends her recent vote in favor of a business utility tax that funds enhanced code enforcement and a stronger police presence. The aim, she says, is not so much punitive as using the new resources to direct the homeless to the appropriate services.

She also defends ICE flights from the city-owned airport; while calling some of the stories of detainees “gut-wrenching,” she argues that federal contracts tie the city’s hands on the issue.

Cousens garnered an impressive 68.58% of the vote in the three-way August primary, so she obviously reads the district well, and she also has grown into the council job. Holly Cousens deserves the chance to carry her four years of council experience and knowledge into a second term.

To watch candidate interviews with the Yakima Herald-Republic Editorial Board, visit www.yakimaherald.com.