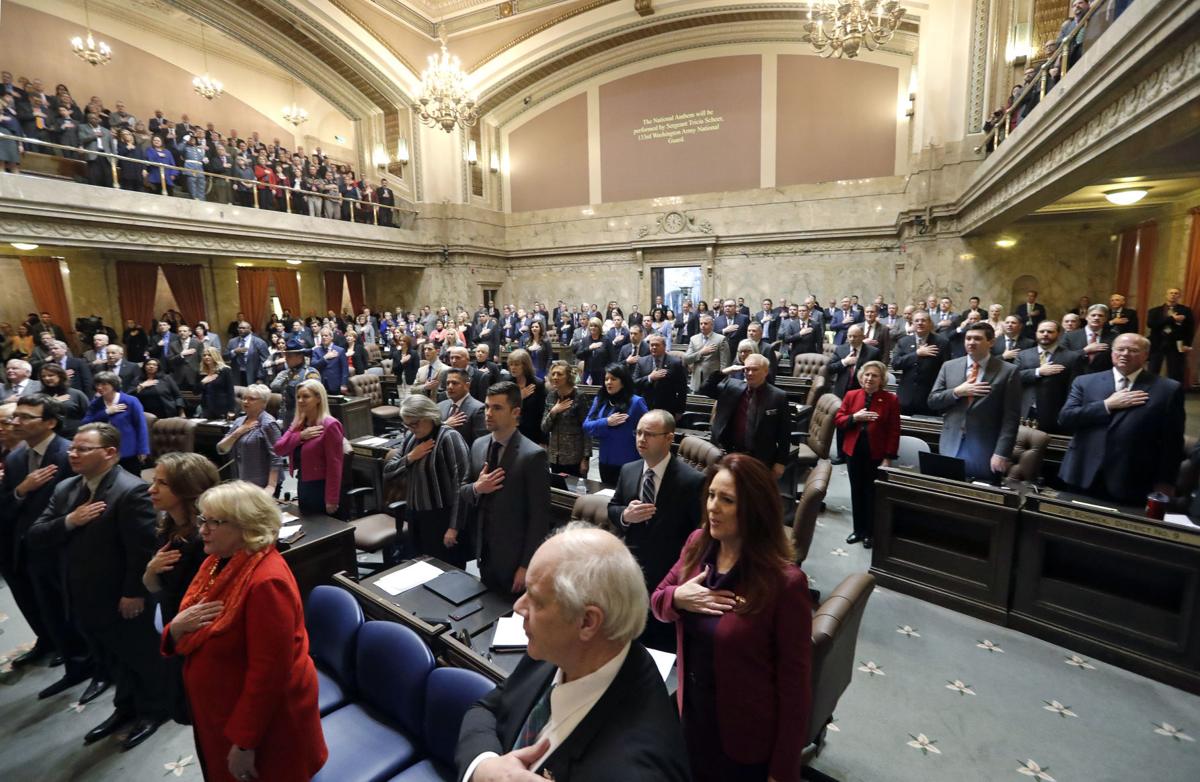 FILE — House and Senate members and guests stand for the national anthem during a joint session of the Legislature for the State of the State address by Gov. Jay Inslee Tuesday, Jan. 15, 2019, in Olympia, Wash. 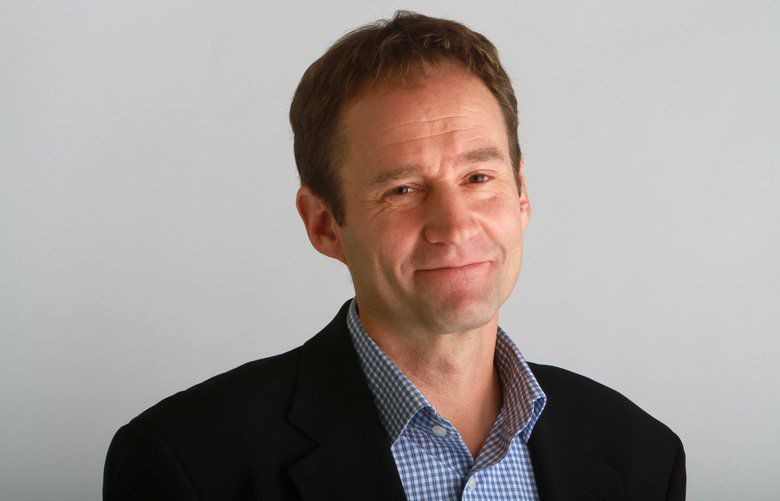 FILE — House and Senate members and guests stand for the national anthem during a joint session of the Legislature for the State of the State address by Gov. Jay Inslee Tuesday, Jan. 15, 2019, in Olympia, Wash.

As bad as it has been in politics for Republicans around here lately — and it’s been almost historically bad — the next phase has officially begun.

Which is that it’s getting worse.

You may have thought I was going to say the party is bouncing back. That’s what used to happen in politics, as no party was down for long. But these are not normal times.

“The gap right now between the parties is the largest we’ve ever recorded,” says pollster Stuart Elway. “It’s 20 points — that’s a huge number for Washington state.”

The dean of the state’s political pollsters, Elway has been measuring voter sentiment in our state for more than four decades. He did his doctorate in the ’70s at the UW on partisan preferences. For him to say the gap is the largest it’s ever been here, well, it’s really saying something.

His most recent survey, conducted with local news website Crosscut, found that 41 percent of state voters now identify as Democrat. That’s high, but not a record (46 percent identified as D in the heady Obama days of 2008).

What’s most unusual is how much Republican affiliation has plummeted. Twenty years ago it was routinely 35 percent (the whole state was about one-third D, one-third R and one-third independent). In 2012, Republicans were 30 percent and by 2016, after you-know-who came on the scene, it had dropped to 25 percent.

Now it’s just 21 percent. The gap between the parties is now 4 points wider than it was in the fall of 2018 — when Democrats flipped a congressional seat, three state Senate seats and seven state House seats, to solidify one-party control.

“It could get worse, too,” Elway said. “With Trump at the top of the ticket, I don’t know how they are even going to field a team in the next election.”

Elway is a former Republican himself (his dad, Harry Elway, was a GOP state senator in the 1960s from Grays Harbor). The real “Trump effect,” he said, is that like no politician before him, Trump is forcing people to choose a side.

The result is that since his inauguration, Trump’s approval rating has plummeted more here, 27 points, than in all but two other states (New York and New Mexico), according to pollster Morning Consult.

What’s most baffling is that the Republican Party isn’t adapting. It’s doubling down with more of the same.

In a few weeks, the state party is holding its annual dinner, a $200- to $500-per-plate event, in Bellevue. And the featured speaker is … Scott Walker, the union-busting, Koch-brothers-backed former governor of Wisconsin who now is chairing Trump’s re-election campaign in that state. Way to go out of the box, GOP!

Then there’s this: The party’s first real challenger for the statewide offices is state Sen. Phil Fortunato, R-Auburn, who just announced a run for governor. What’s he known for? Wearing his side arm at gun rallies in Olympia. Also for being so sick of Seattle that he proposed splitting the city off from the rest of King County.

Right on cue, he kicked off his run for the state’s top office by calling City Hall in Seattle “the belly of the beast.” Zing! Whoops, there go 500,000 votes.

This obsession Republicans have with running against Seattle is as enduring as it is politically dense. Yes, we’re jammed with cranes, jobs, millionaires, socialists, behemoth corporations and the homeless. But pro-tip, GOP: None of that is happening because people hate it here. “The most popular city in America, it really sucks” is not a coherent political message. Think about it.

Or don’t. But recently I was lamenting how the Democrats have become like the Politburo, flexing their one-party control by all but assigning who gets which elected office. Well, this column suggests why that is. It’s because they have nothing, at all, to worry about.