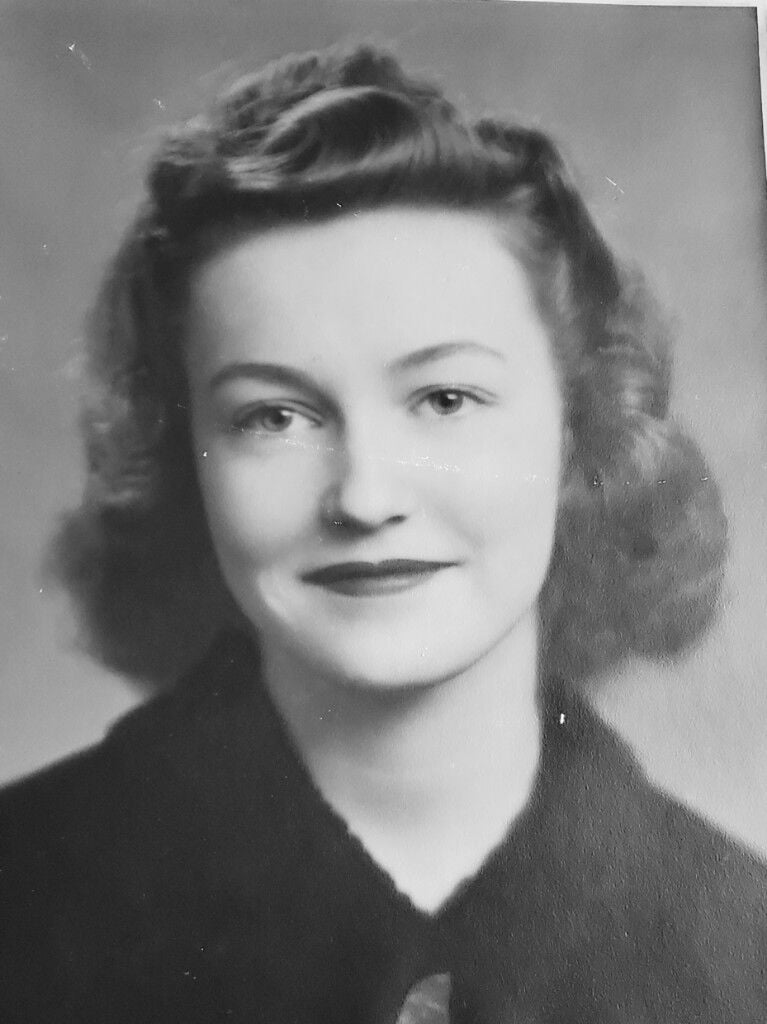 After graduating from Yakima High in 1942, after the start of WWII, she moved to Long Beach, CA with her older sister Nadine.

Her husband to be, Ben Shropshire, had enlisted in what was then the Army Air Corps. When he was transferred to Santa Ana, CA they decided not to wait until the end of the war, and were married in a Santa Ana Army Air Corps chapel, January 16, 1943, with her grandmother Viola Mack in attendance and her sister Dene as matron of honor. She was given away by her second cousin Dick Dougherty. Because civilian travel was so restricted on trains, and gasoline rationed, no other relatives were able to attend.

Shirley was able to follow Ben as he transferred and finally settled as a bombardier instructor in Roswell, New Mexico. When he was transferred to Langley Field, Virginia, Shirley came back to Yakima to give birth to their daughter Sandra. Their son Garry was born after the end of WWII.

Shirley had many hobbies over her lifetime. Sewing, designing her own clothes, knitting and art – starting with oil painting, then taking the first commercial art course offered at J.M. Perry Institute. After graduating, she worked for Phil Kooser’s commercial art studio and also did free-lance work.

She and Ben celebrated their anniversary most winters in the Hawaiian Islands.

She was a life member of Yakima Chapter O.E.S. and charter member of El Shelom, Temple #158, Daughters of the Nile.

She was preceded in death by her parents, her sisters Gersha Long and Nadine Edmiston, and her loving husband of 70 years, Ben. She is survived by her daughter Sandra Hedlund (Verne), her son Garry, 3 granddaughters, 7 great-grandchildren and 3 nephews.

At her request there will be no formal services, only a family gathering at a later date. Memorials may be made to Shriners Hospital for Children, P.O. Box 2472, Spokane, WA 99210, or a charity of your choice.