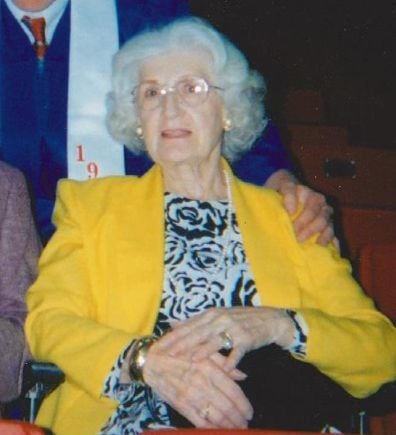 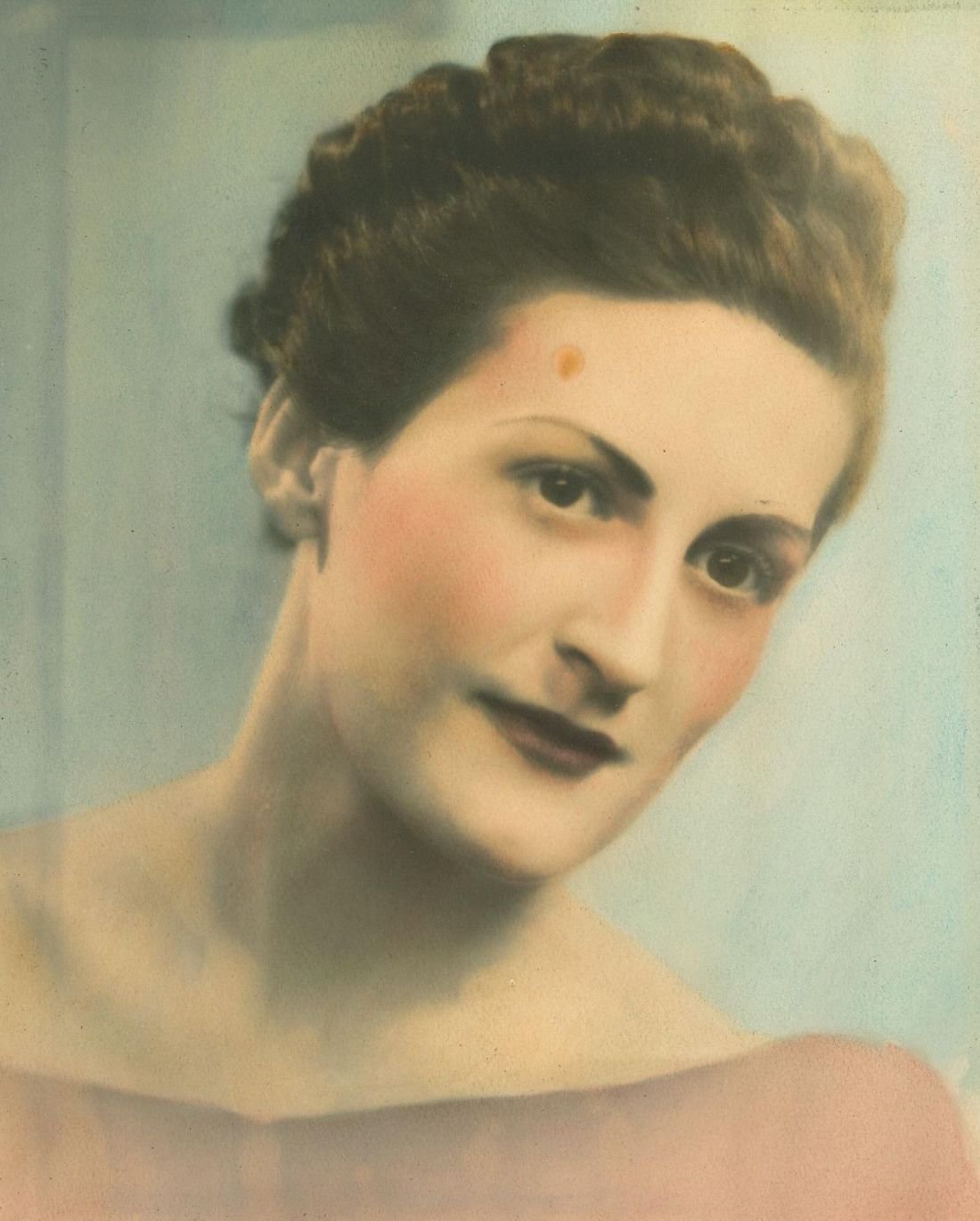 Lorraine L. Brill passed away peacefully at her home in West Valley on 6-23-2020 with her daughter by her side. She was 103. Lorraine was born to Mable V. Bartine Smith and Laurence Smith at the home of her grandparents in the Cottonwood Canyon area. Lorraine maintained a close and loving relationship with her Bartine grandparents and spoke of them with great affection.

She grew up in Yakima and graduated from Yakima High School in 1936. Lorraine had a keen interest in sports and was an avid baseball player in school and also later in life. It was not unusual to see her returning from family or office picnics with skinned knees, a sprained wrist or broken fingers. Her favorite position was Fielder.

She loved animals and they her. A family picture shows her hand feeding a large raccoon. Throughout her life she was never without a cat or hunting dog following at her heels.

Starting at a young age she worked for a number of Yakima businesses before ultimately going to work at Moss Adams. She retired from that firm 36 years later as a Staff Accountant. Lorraine would often state, “I always had a job.”

Lorraine met her husband, Mitchell “Mitch” Brill, who was the love of her life. They were married in the Catholic Church in Seattle on July 22, 1939, receiving a sacramental blessing of marriage. They made their home in Yakima and several years later were blessed with a daughter, Claudia. They later moved to West Valley in 1966.

Lorraine was a true outdoors woman, an avid fisherwoman, bird hunter and marksman. She took great pride in being the first to catch the largest fish, shoot the fattest pheasant and hit the most clay pigeons during target practice. She supported and encouraged gun safety taught to her daughter Claudia and grandson Adam.

Lorraine doted on her grandchildren and spoke with great pride regarding their multiple scholastic honors, professional and personal achievements. She and Mitchell spent many hours attending and traveling to their grandchildren’s school and sporting events.

She was exceedingly proud of her Irish heritage and was delighted by Irish gifts brought back by family members. She would listen intently to the many trip adventures.

After retirement, she and Mitchell took ocean cruises sailing to South America and through the Panama Canal. They sailed across the Pacific through the Hawaiian Islands and also the Mediterranean spending time in Sicily, Greece and Africa. They also traveled with Mitchells five sisters. Lorraine arranged and organized their trips frequently driving on day trips. She soon earned the title of “Wagon Master.” She continued trips with her remaining sister-in-law, Martha Brill after Mitchell’s death in 2002.

Lorraine had an excellent sense of humor frequently laughing at various family antics. Along with that sense of humor there was a fierce spirit of independence living in and maintaining her home. She thoroughly enjoyed her daughters’ closest friends and availed herself to offer council and advice on the stock market. She also maintained close friendships with retired Moss Adams co-workers.

Her faith was a quiet cornerstone in her life. She and Mitchell attended Holy Family Catholic Church for several decades.

In lieu of flowers, memorials may be made to the Cancer Society, Yakima Humane Shelter or Parkinson’s Foundation in care of Shaw & Sons Funeral Home (201 N. 2nd St., Yakima, WA 98901) who is caring for the family. Memories can be shared at www.shawandsons.com.

The family of Lorraine Brill wishes to express their deepest gratitude to family, friends and neighbors who offered their support, friendship and visitations during this difficult time. The assistance provided by Memorial Hospice was very considerate, highly professional, supportive and deeply appreciated by the Wayne Sealock family. A special and most grateful thank you is extended to Reverend Father Cesar Vega for his prayers, blessings and compassion.