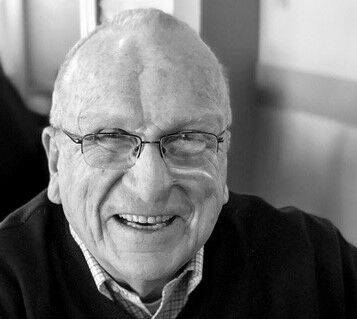 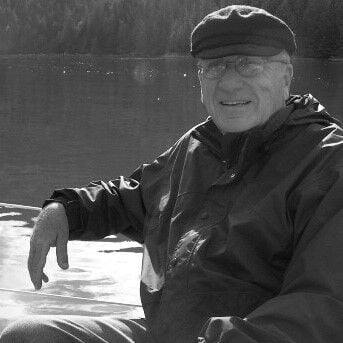 Doug Peters passed peacefully as the sun set on October 8th, 2020 in Yakima, Washington after a day spent with his loving wife of 61 years, Marj, his children, and his grandchildren. His life was marked by kindness, faith, curiosity, and a belief in possibilities.

Doug was born in 1935 in Seattle, Washington to Ruth and Henry Peters. After marrying the love of his life, Marjorie Johnson, and graduating from the University of Washington School of Law, he began his legal career in Selah, Washington. He was mentored by the firm’s founder, Robert Felthouse, as well as Robert Brachtenbach, who later became the Chief Justice of the Washington State Supreme Court. Doug eventually became the senior partner of the firm Peters, Schmalz, Fowler, and Inslee. Doug was a mentor himself, hiring and serving as a role model for Governor Inslee as well as many other attorneys, including three current Yakima County and Washington State judges. It was a small firm with a large reputation, supported by Doug’s integrity, wisdom, and 42 years of practice, including many as the attorney for the City of Selah.

Doug had many interests that fed his curious mind. The world and people were endlessly fascinating to him. He devoured good journalism and political news. He loved strawberry milkshakes, music, movies, coffee, conversation, and “characters.” His circle of friends was diverse and appeared everywhere he went. Doug’s faith, and love of organ music, was enhanced by his time as an Elder at First Presbyterian Church (Grace of Christ) in Yakima. He enjoyed Saturday morning with his Bible Study Fellowship group. He was an avid sailor. For many years, he co-owned a sailboat with his friend Stan Clark. He was at home on Rimrock Lake, ending most voyages on the water with a slice of pie at The Cove. Each summer for over 30 years, Doug and Marj attended plays at the Shakespeare Festival in Ashland and concerts at the Britt Festival in Jacksonville. As a lefty pitcher for Roosevelt High School, Doug developed a passion for baseball, taking Marj to a Rainiers game in Seattle on their first date. His devotion to the Mariners included many games at the Kingdome and Safeco Field, including the first games ever played at each stadium. He traveled with his sons to Boston, New York, and Detroit to see his team play in legendary parks before they were remodeled. For decades, he and Marj traveled to spring training games in Arizona with relatives and friends.

Doug’s sense of curiosity extended to travel. He and Marj visited countries all over the world. They imparted a love of nature to their children by camping throughout the western United States, but their favorite place to camp, maybe their favorite place anywhere, was close to home at Ohanapecosh in Mount Rainier National Park.

As extensive as his involvement was in the community, Doug was even more dedicated to his family. Doug and Marj’s marriage was a true partnership. Their natural gifts complimented each other and formed a strong, faithful bond. They were present for every major event, birthday, graduation, and performance of their children and grandchildren. He especially loved attending their sporting events. His warmth made them feel important and embraced. His frequent phone calls and letters were an early form of curated news for his children. It meant he was constantly thinking of them, and reaching out to share his boundless interests, and theirs. His open and generous heart is a gift they will carry and pass on to their children. Through his enthusiasm and love, he taught them that the world is a place full of wonder and possibilities.

Doug is preceded in death by his parents, Henry and Ruth Peters and his son, Roderick Peters.

He is survived by his wife, Marj Peters, his children Heather (Dick) Magruder, Sally (Rob) Gray, and Dan (Amy) Peters, and his grandchildren, Carly, Lauren, Mary, Ella, and Whit.

A family memorial is planned for November in Neskowin, Oregon. Those wishing to honor Doug’s life are encouraged to make donations to the Yakima Symphony, the Yakima Greenway Foundation or the Yakima Area Arboretum.

Doug fulfilled almost all of his dreams in life. He had a career he believed in, and a large family that loved him. There were only two things left on his list. The first was to pitch for the Yankees. His family believes that the fact that he passed on the anniversary of Don Larsen’s perfect game checks that box. His final wish was that he could vote in the upcoming election. One of his proudest moments was meeting Congressman John Lewis in the U. S. Capitol. If you want to honor his memory, his family encourages you to register and vote this and every year.