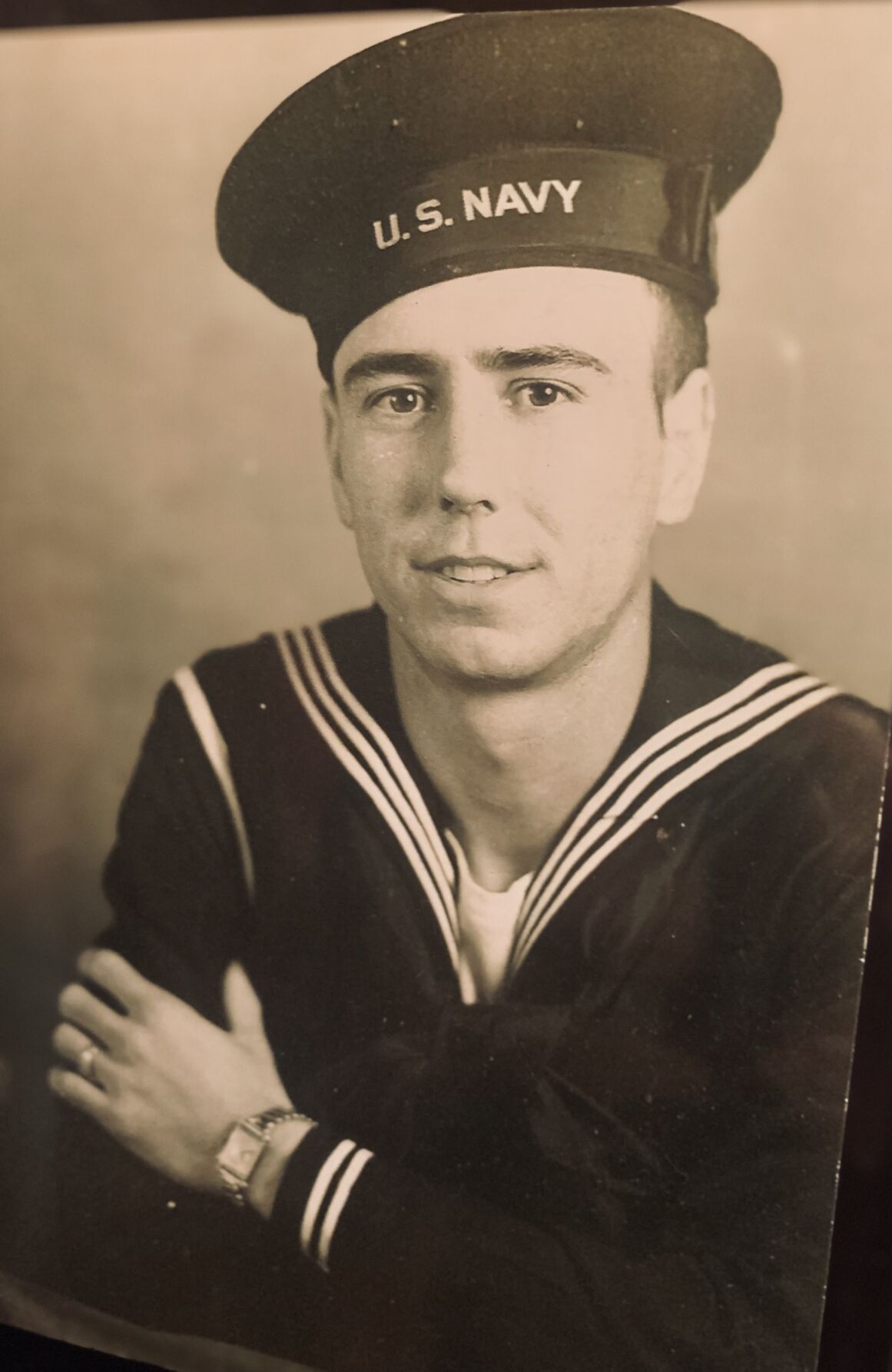 Dean Brinkley passed away in the evening of April 26, 2021 at Good Samaritan Skilled Nursing. He was 96 years old, just shy of his 97th birthday.

Dean was born on May 8th, 1924, in Seymour, Iowa to Clarence & Mable Brinkley. He grew up a country farm kid during the depression years. At 15 years old he left Iowa for Yakima, WA and greener pastures. He found a home and a job, in Ahtanum, with the Terry Jones family and then Borton Fruit Company. He and his first wife, Fern Jones, welcomed a daughter, Marilyn, in 1943.

At that same time Dean received his draft notice to serve in WWII. He enlisted in the U.S. Navy and shipped out in 1944 from San Diego, CA on the USS Catskill. He spent the next years fighting the Japanese in the South Pacific and then transporting troops home at the war’s end. It took decades for Dean to talk about his war experience. He felt mixed emotions of pride in his duty and sorrow for the lost lives. In his words, “war is a horrible thing.”

Upon his return to Yakima, Dean took advantage of the GI Bill and worked as apprentice with Warming Paint Company. In 1950 He started his own painting business, Brinkley Paint Co., and he became the largest painting contractor in Central Washington. He closed the business in 1979 after the completion of his last job, the restoration of Yakima’s Capitol Theatre. 1979 was also the year his youngest daughter, Lisa, graduated high school, thus allowing Dean and his wife, Jo the freedom to travel.

Dean married the love of his life, Jo Burdett, in 1969. Jo brought with her to their marriage her daughter Barbara; and Barb became Dean’s third daughter. Dean and Jo owned and operated Brinkley Enterprises, residential and commercial rental properties. When asked what his favorite job had been, painting contractor or landlord, he replied neither. His favorite job had been flipping houses, a hobby he was very successful at. Dean was also a fan of the artist Bob Ross; he became quite an accomplished artist and several family and friends have an original Dean Brinkley landscape on the walls in their home.

Dean and Jo spent 51 years working, traveling, living, laughing and loving together. They enjoyed nothing better than getting in the car, getting out the atlas and traveling the United States. Dean mentions their two trips to Alaska and driving the Al-Can hi-way as his favorite travel experience.

In his own words, Dean had a good life with no regrets. At the very end when we were moving him into the nursing home and onto hospice he said, “we have to do what we have to do.” This was the essence of Dean Brinkley; responsible and accountable. Dean is survived by his wife Jo, his daughter Lisa Hagreen (Bill), step-daughter Barb Bond (Mike), grandchildren – Benjamin, Kimberly Maggie, William, Kayla, Brian & Scott and 15 great-grandchildren. He was preceded in death by his daughter, Marilyn, his parents and his siblings.

Dean was a veteran, a hard worker, an accomplished man. He was a generous father and grandfather. We were lucky to have him.

Death leaves a heartache no one can heal. Love leaves a memory no one can steal. Those we have held in our arms for a little while, we hold in our hearts forever.

The memorial and burial is planned for Wednesday, May 5, 11:00 a.m., at the Terrace Heights Cemetery & Memorial Park. You can join the Facebook Live Streaming of Dean’s service starting at 10:55 a.m.. by going to https://www.facebook.com/KeithAndKeithFuneral/. Arrangements are by Keith and Keith Funeral Home; www.keithandkeith.com.