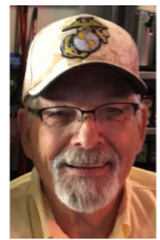 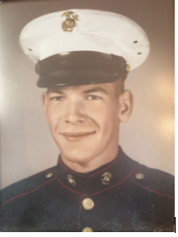 Joe was born to Sarah Francis (Sally) and Byron C. Sutton in Seattle, on January 14, 1938. He was the eldest of their three children. He was big brother to Clayton and their late sister, Sue. They were later joined by their step-father, Merle and his three sons, Richard, Robert and the late Glen Hitchcock.

Joe proudly served in the United States Marine Corps. Later in life, he would show his pride with his many and ever-present USMC hats, shirts and bumper stickers!

Joe was a jack-of-all trades. He was a very meticulous carpenter and groundskeeper. Many will remember that our family home had a manicured putting green! He also made sure that any vehicle in which he drove or rode in, was properly washed and waxed! He was a great fan of baseball, especially his Seattle Mariners.

Joe was involved with his children and grandchildren as he participated in coaching sports, attending various games and concerts and was always willing to construct bird houses or guinea pig cages for their classrooms. He loved his little people very much.

There will be a private family gathering at a later date.

In lieu of flowers, please make a donation in Joe Sutton’s name to the Yakima Humane Society at 2405 W. Birchfield Rd., Yakima, WA 98901. Please visit www.ValleyHillsfh.com to share a memory or condolence with the family.