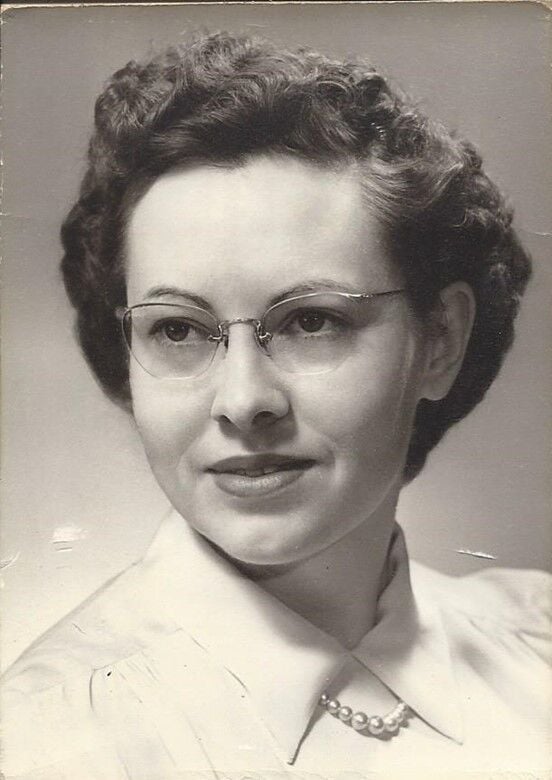 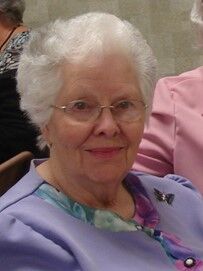 Barbara Juanita Buseick Richman achieved her life­long goal of walking into the presence of her Lord and Savior November 3rd. She was the firstborn child of Reid John Buseick and Mary Elizabeth Wattenburger Buseick, born November 26, 1928 at the hospi­tal in Prairie City, Oregon. Her father and mother oper­ated a grocery and supply store in John Day then moved the store to Long Creek. She grew up working in the store, playing the piano, loving to read and attend­ing school, enjoying time with family and friends, and working toward the war effort. Barbara and her sister Donna played in a dance band, The Mountaineers, around Grant County.

Barbara graduated from Long Creek High School at the age of 15. She worked caring for her younger Wat­tenburger cousins for a year as she could not enter college until 16. She attended Eastern Oregon Normal School in La Grande start­ing the same year her father died. She did her student teaching at Athena, Oregon gradu­ating with a BA and teaching certificate in 1949. After Eastern Oregon she did her fifth year at Central Washington College of Education. She came to Prosser in 1951 to teach at Riverview Elementary School.

When Miss Buseick rode the PHS rooter’s bus to Echo, Oregon for a basketball game, she met the hand­some driver and bus mechanic, Earl Eugene Richman, who bought her a bag of Spanish peanuts and months later they were married June 6, 1953. Six children soon fol­lowed. They opened their home to Earl’s father until his death and nieces Linda Richman and Jeanne Kamm, as well as daughter in law Linda McNett shared their home over the years.

Many years were spent teaching 2nd and 3rd grades at Riv­erview and Whitstran Elementary. Retiring in 1993, she continued to substitute complet­ing over 40 years of work. She loved teach­ing. Barbara served with the Prosser Edu­cation Association as President, Treasurer, Secretary and Build­ing Representative and on many Prosser School District curric­ulum committees. She was one of the first mentor teachers hired by the district to help beginning teachers. At the PEA Something Special Banquet she was presented with a silver tray as the 1993 Someone Special. Barbara Richman was presented with the Patrick T. Hoban Meritorious Award for Service by the Wash­ington State School Retiree’s Association in 2006.

Faith in the love, forgiveness and salva­tion offered by Jesus was the foundation of Barbara’s and Earl’s life. First Baptist Church of Prosser was their spiritual family, they served in many positions, including Teen and Young Adult Chaperones in their early years, Sunday School Teacher and Mentor, Bible Study Leader, Christian Education Chair, Mission Chair as well as Church Modera­tor. Barbara worked locally and region­ally in the American Baptist Women’s orga­nization as president and other offices.

She joined the Order of the Eastern Star at age 18 and thoroughly enjoyed meeting and serving several Chapters. She was the Worthy Matron of Sunshine Chapter in Prosser many times and was appointed Grand Representative to the state of Iowa in the Washington State Grand Chapter. She loved visiting friends in other chapters and trained others as Deputy Instructor all around the state in her over 50 years with this service and social organization.

Barbara served on the local and state­wide Washington Retired Teachers Association; she and Earl were both on the board of Jubilee Ministries in Prosser and Ross Point Baptist Camp in Post Falls, Idaho. Earl and Barbara were Boy Scout Leaders in the 1960s. Mrs. Richman was a leader in every organization to which she belonged. When asked how she managed so many activities and leader­ship roles she said, “I just did what needed to be done.” She was the president of the resident council for a couple years at Amber Hills Living where she lived 2015 to the present.

Barbara was pre­ceded in death by her parents, husband Earl, sister, Donna (Alvin) Gienger, brothers, Robert (Jan) Buseick and John (Dona) Buseick and all of her brothers in law and sisters in law. They are celebrating in heaven now.

There will be a public visitation at the Prosser Funeral Home Friday, November 13th from 1 pm to 4 pm followed by a public Eastern Star ceremo­ny at 4 pm. The family graveside service will be Saturday, Novem­ber 14th at 11 am at the Prosser Cemetery. Masks will be required at all gatherings.

You may leave a message for the family at www.prosserfuneral­home.com.