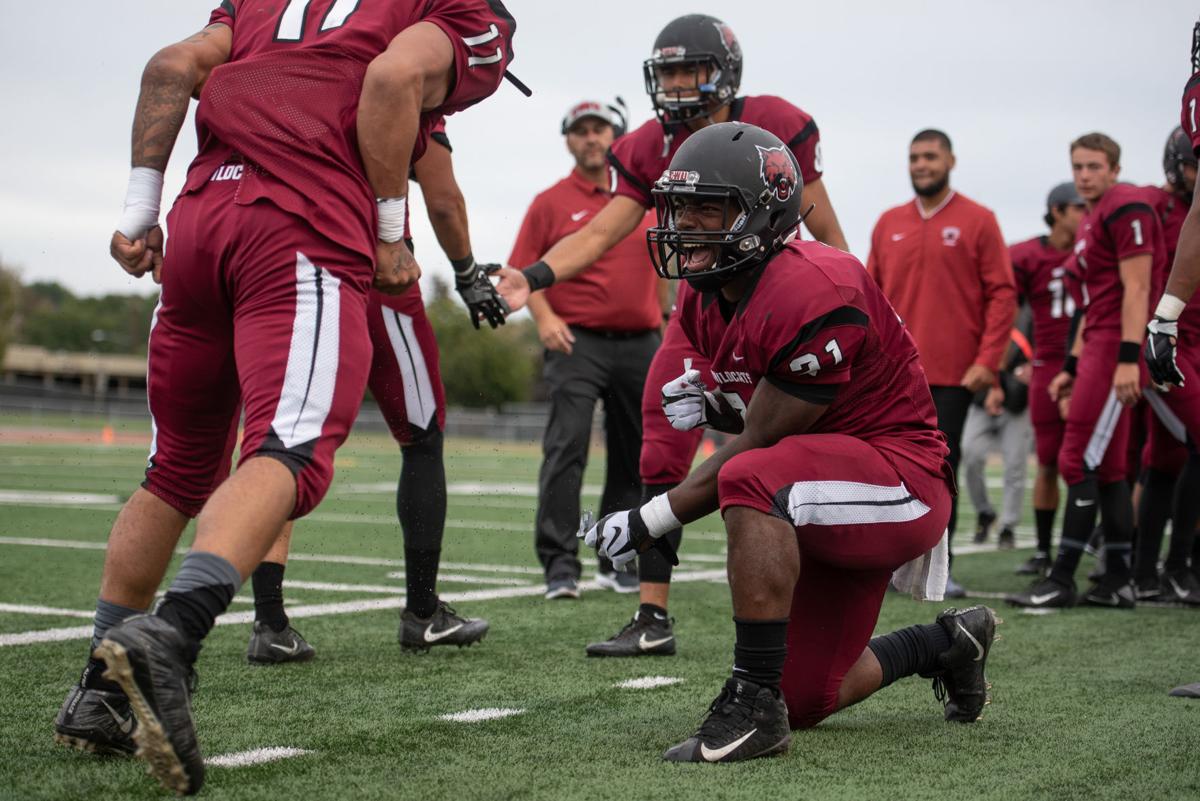 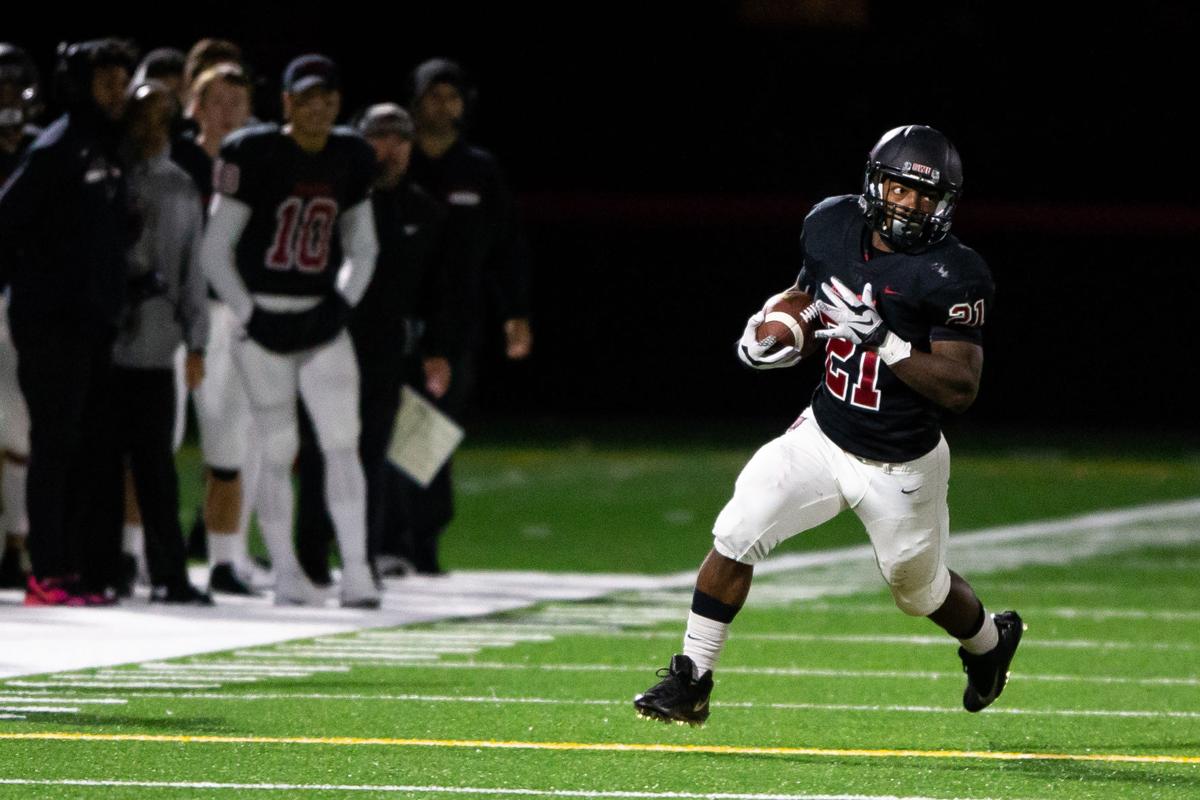 Central Washington University running back Michael Roots sprints down the sideline during a game against Western Oregon University on Oct. 13, 2018 in Ellensburg, Wash. CWU won the game 48-10 at Tomlinson Stadium. 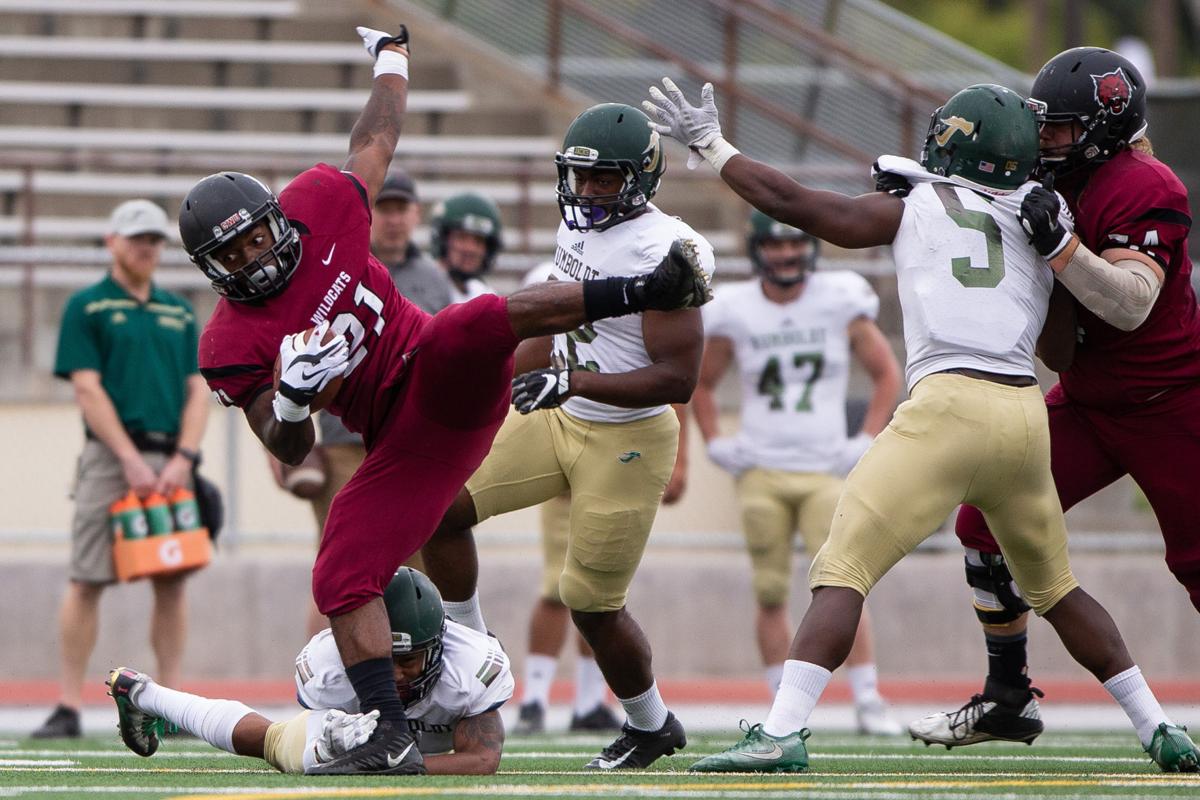 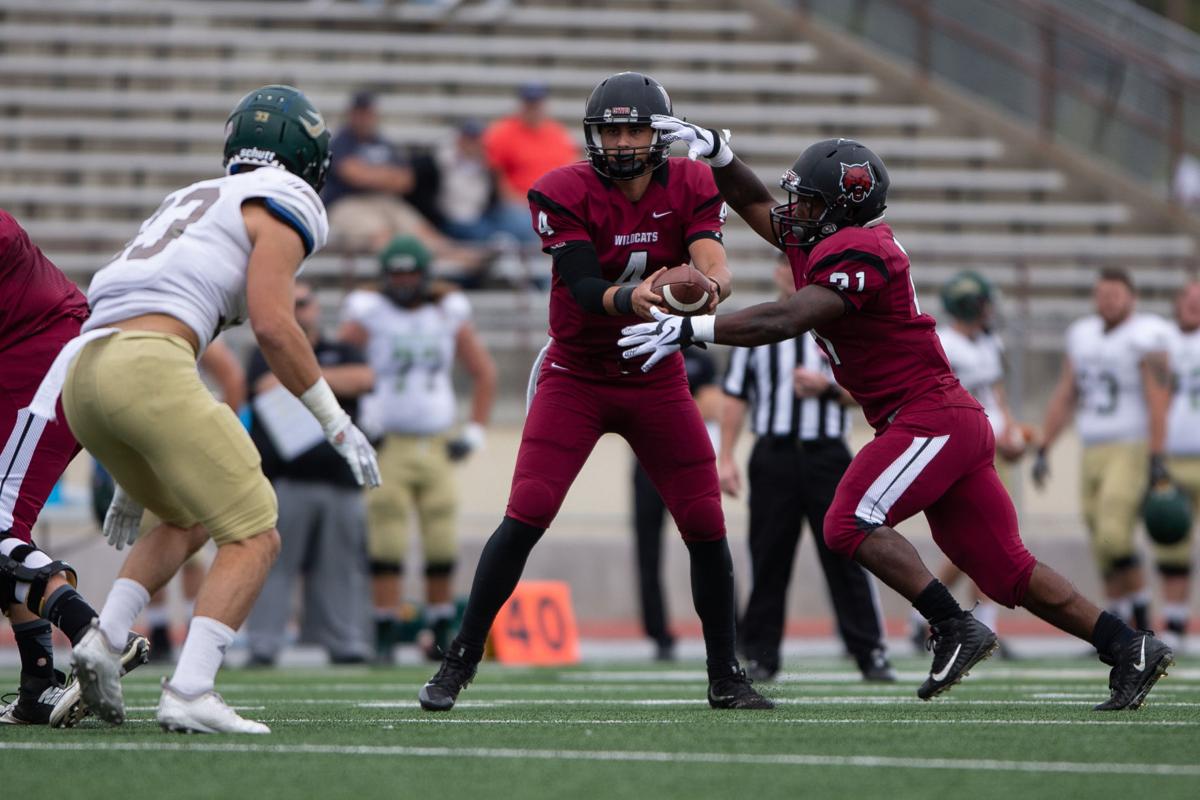 Central Washington University quarterback Reilly Hennessey hands off the ball to running back Michael Roots during a game against Humboldt State on Sept. 15, 2018 in Yakima, Wash. CWU won the game 49-0 at Zaepfel Stadium. 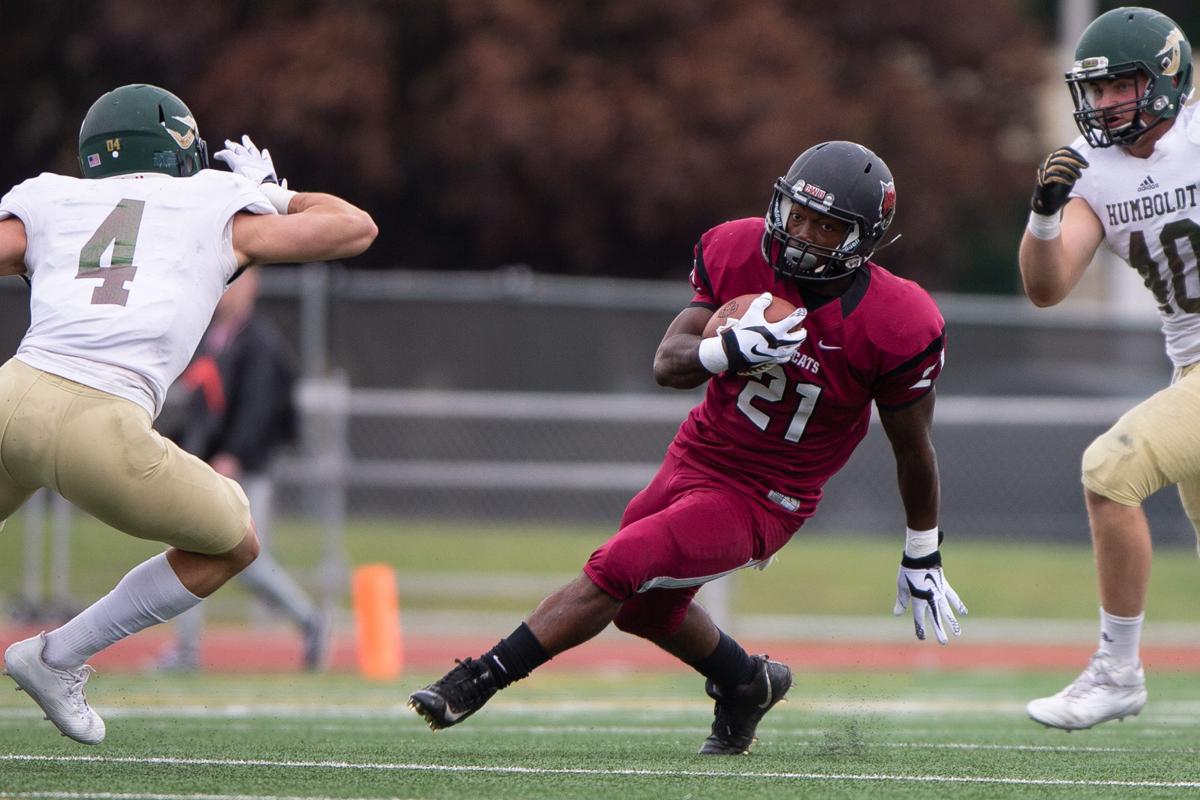 Central Washington University running back Michael Roots runs between Humboldt State defenders during a game on Sept. 15, 2018. CWU won the game 49-0 at Zaepfel Stadium and move to 2-1 on the season.

Central Washington University running back Michael Roots sprints down the sideline during a game against Western Oregon University on Oct. 13, 2018 in Ellensburg, Wash. CWU won the game 48-10 at Tomlinson Stadium.

Central Washington University quarterback Reilly Hennessey hands off the ball to running back Michael Roots during a game against Humboldt State on Sept. 15, 2018 in Yakima, Wash. CWU won the game 49-0 at Zaepfel Stadium.

Central Washington University running back Michael Roots runs between Humboldt State defenders during a game on Sept. 15, 2018. CWU won the game 49-0 at Zaepfel Stadium and move to 2-1 on the season.

After two stops that weren’t good fits, Michael Roots feels he’s finally been able to put down some, well, roots.

And Central Washington’s football team is more than happy that he decided to put those stakes down in Ellensburg.

Roots, a versatile running back, has quickly emerged from a crowded and talented group to become the Wildcats’ lead back, spearheading a rushing attack that is averaging a GNAC-best 230.7 yards per game.

“I never doubted myself,” said Roots, adding that even so, he’s still trying to fully grasp his quick rise up the depth chart.

“I was surprised. We have a lot of great running backs,” the sophomore said, singling out Cedric Cooper, Christian Cummings and Jordan Tufaga. “To be able to be in that mix is humbling.”

One of those coaches was Shoemaker, who liked what he saw in the 5-foot-10, 200-pounder.

Arriving at Central this spring, Roots immersed himself in the program during summer workouts and was almost up to speed when fall camp began.

“I was just thrown into the fire so I had to learn everything on the fly,” he said. “I’m learning from my mistakes and I just keep asking questions. I’m finally getting used to things. I’m learning the system and learning how things are done.”

That’s something Shoemaker has also noticed.

“He’s getting more comfortable with our blocking schemes,” he said. “He has a comfort level knowing where the holes will be and being patient waiting for them to open up.”

That has become evident in the previous four games.

In Central’s first three contest, Roots ran for 133 yards on 30 carries, an average of 4.4 yards per rush.

Starting with his breakout 186-yard performance against Simon Fraser on Sept. 22, Roots has 484 yards on 58 carries, almost doubling his per-carry average to 8.4. In addition, he also has seven catches for 149 yards — a 21.3 average — with two touchdowns after making just three catches for 23 yards in his first three contests.

With that surge, Roots leads the GNAC in rushing, averaging 88.1 yards per game, with teammate Cooper second at 70.3.

“I’m gaining more confidence,” he said, adding that it was against Humboldt State, Central’s third game in which he ran nine times for 63 yards, that he really started to settle in.

“I started to get a glimpse of what I could do,” he said. “Just the energy from my teammates and the confidence they had in me. The atmosphere was so supportive and energizing.”

That support system is particularly strong among the running backs, he added.

“We all work together. We don’t see ourselves as individual players but as a group,” he said. “After practice, we coach each other up. We share notes on things we see. We’re like a family.”

A big part of Roots’ success stems from his versatility,

Despite a solid frame that allows to run the power game between the tackles, the back, who has earned the nickname “Race Car Roots” from teammates, has also shown breakaway speed as evidenced by a rushing touchdown of 76 yards and receiving scores of 56 and 34 yards.

“I love it all,” he said. “I like being in the trenches and mixing it up but I also love breaking through the line and outrunning people.”

“He carries a little more weight and density. He surprises people some of the time with his speed and acceleration,” Shoemaker said, adding that Roots’ versatility has been a big reason for Central’s offensive success. “His ability to catch the ball as well as run makes us tougher to defend.”

Roots, who was raised in a single-parent home, credits a lot of his motivation to being the second-oldest of seven children.

“They are my drive,” he said of his siblings. “I know I have others watching me, so I want to be a good example to them and show them they can grow up and go to college and be a good citizen.”

As Roots continues to settle in, he’s confident that things will only get better for not just himself but the team as a whole.

“I’ve learned so much since coming to Central but I don’t think I’ve reached my peak,” he said. “Christian, Cedric and Jordan, I’m always learning things from them.

“I’ve realized everything is better than it used to be so I just want to keep working.”