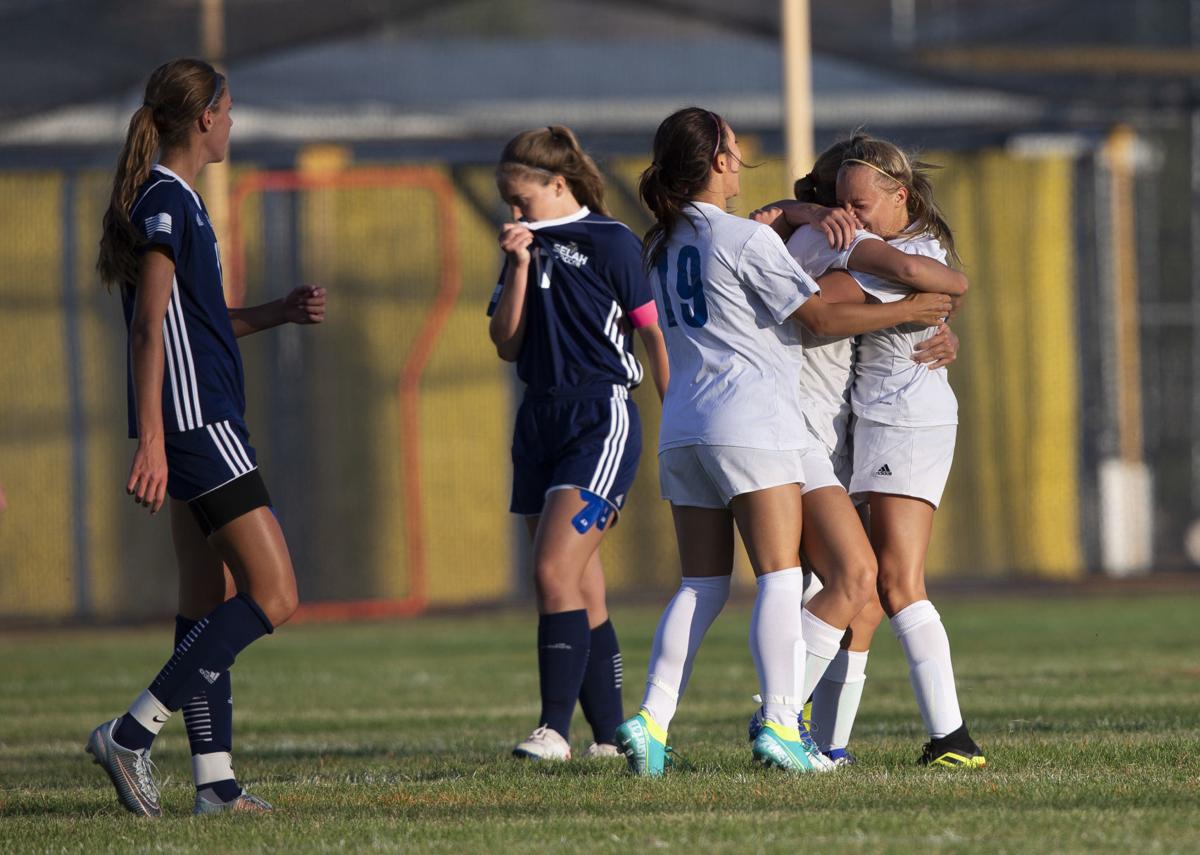 La Salle's Grace Liscano, Kendall Moore and Gillian Martin celebrate a goal by Martin during a 3-2 victory over Selah on Tuesday, Sept. 10, 2019 in Selah, Wash. 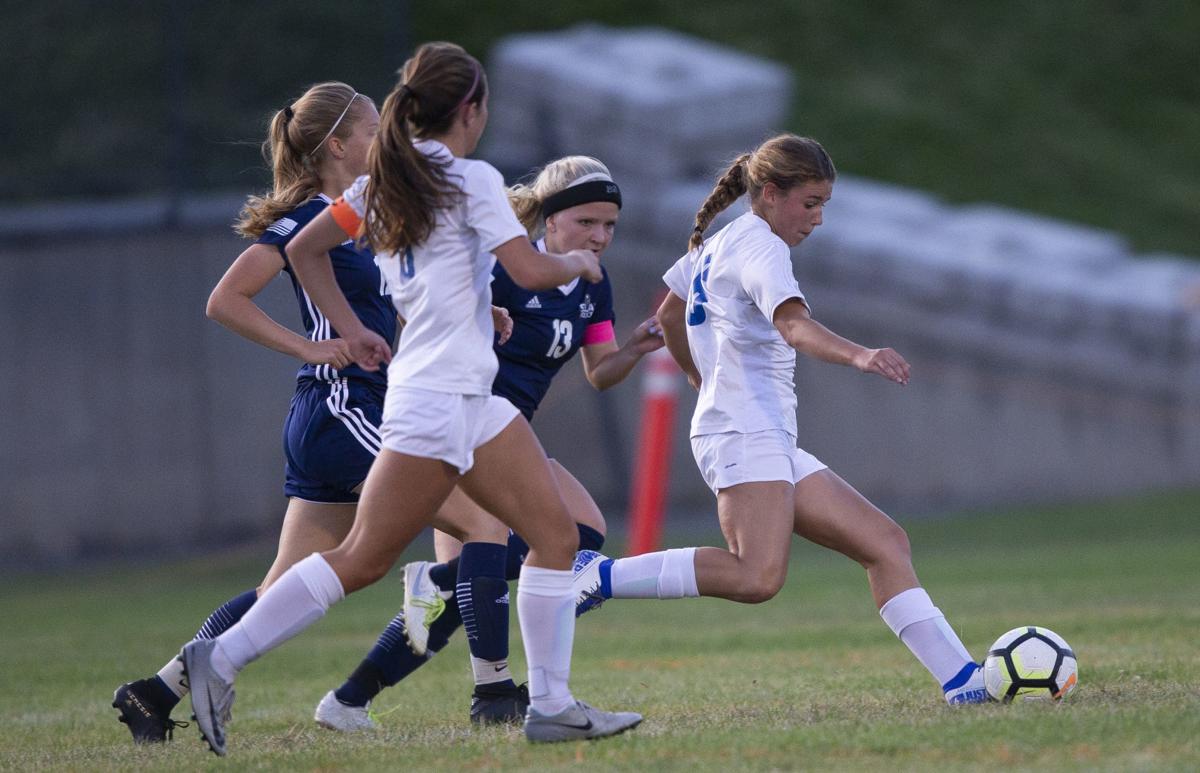 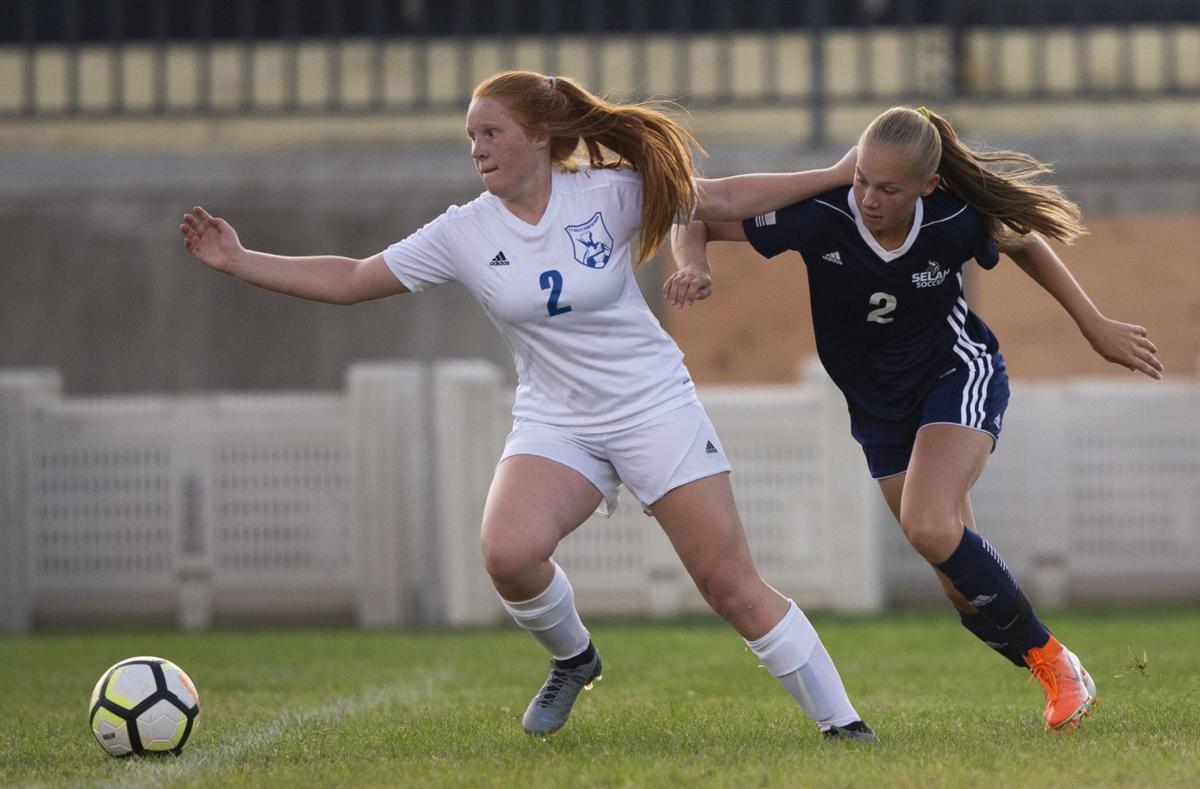 La Salle's Grace Liscano, Kendall Moore and Gillian Martin celebrate a goal by Martin during a 3-2 victory over Selah on Tuesday, Sept. 10, 2019 in Selah, Wash.

Coach Felix Hernandez showed plenty of trust in Hailey Price and Kendall Moore, putting them in the crucial positions of central defender and attacking central midfielder, respectively. They responded by making significant contributions in an impressive 3-2 win to snap the Vikings’ 18-game regular-season winning streak.

“Obviously, I think first game out it’s not going to be perfect, but I think this is a step forward for us,” said senior captain Lily Lancaster, one of two Lightning players to never come off the field. “Especially (since) we got time to work together, play together, and get used to each other.”

Lancaster can focus on a more defensive approach in the middle of the La Salle midfield thanks to Moore, who even moved up to play more of a forward role at times to play alongside junior Gillian Martin. They kept plenty of pressure on Selah’s defense, and Lancaster said it won’t be long before opponents know just how much of a threat Moore can be.

She put her mark on the game early, sending a through ball to Martin behind the Vikings’ back line to set her up for La Salle’s first goal in the 23rd minute. Moore added a goal of her own in the second half, when her corner kick found its way across the line after deflecting off the goalkeeper’s outstretched hands.

Although she looked mostly confident and capable with the ball at her feet, not everything went perfectly in the highly touted freshman’s long-awaited debut. A few bad touches and errant passes to Martin and Grace Liscano left Moore visibly frustrated, leading Hernandez to bring her to the bench for a quick talk and some water twice in the first half.

“She comes in with super-high expectations,” Hernandez said. “I know she does and so she was not happy with the way she was playing. I just wanted to get her calmed down.”

It’ll take some time for her to find chemistry and learn how to move together with Martin and Liscano. The same holds true on the back line for Price, who showed no fear all night in stepping up to stifle Selah’s dangerous attackers.

Lancaster lauded the freshman’s efforts in a “scary position,” noting the two constantly communicate to keep each other in the right positions. Both needed to keep an especially close eye on Isabelle Moultray, and the Gonzaga commit was mostly limited to long shots saved by goalkeepers Hayley Stohr and Alexis Torres, another freshman.

La Salle’s starters returned to hold on for the remaining seconds, avenging a 1-0 loss to the Vikings last season that Lancaster said gave the Lightning some extra motivation. Martin’s second goal in the 65th minute proved to be the difference, although Hernandez said his team’s progress will be more important than the result.

“It’s why we want these games, to give us some competition and figure things out,” Hernandez said. “I want to win every game just like everyone else does, but like I’ve said before, I want us to get better.”