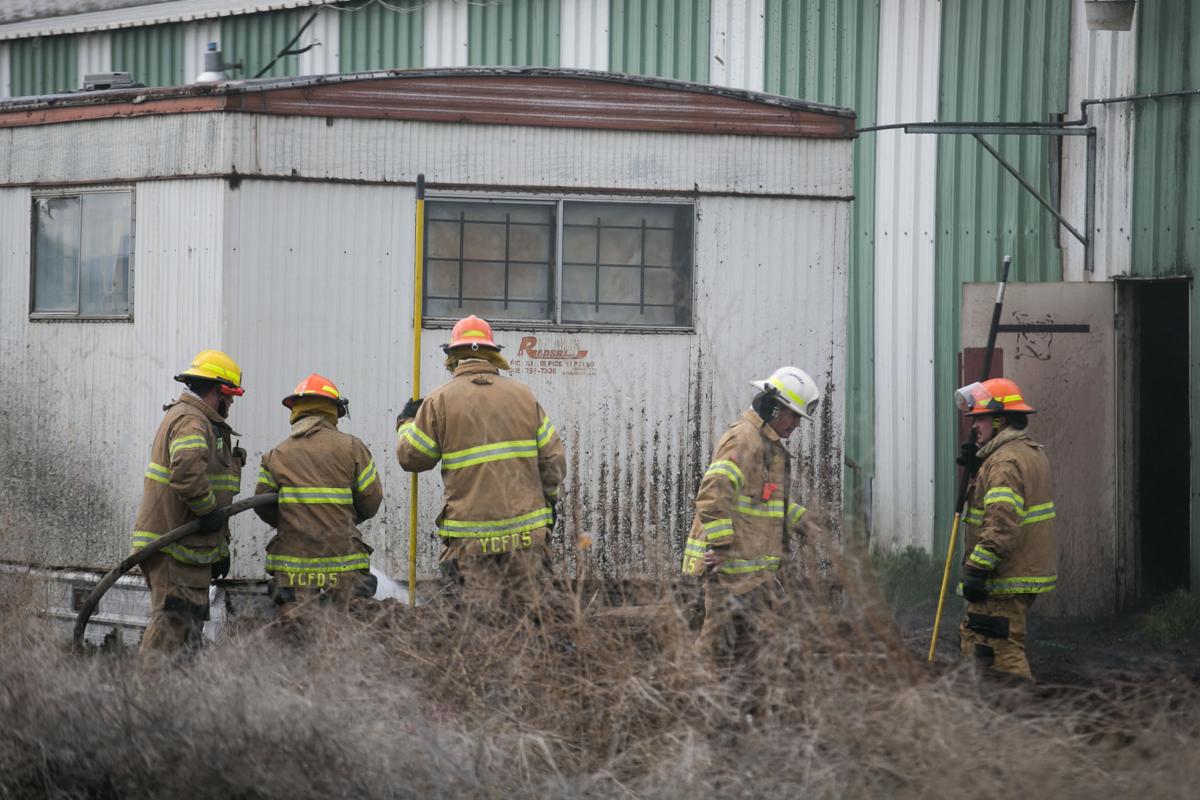 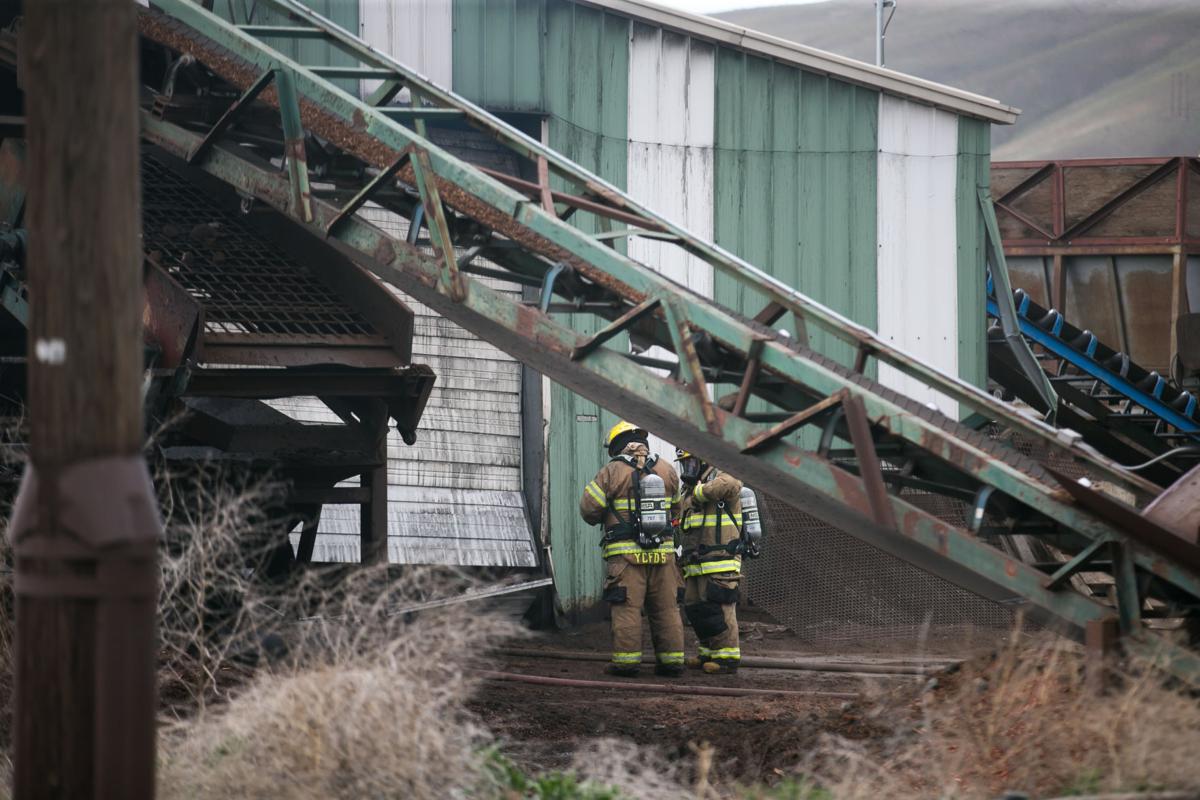 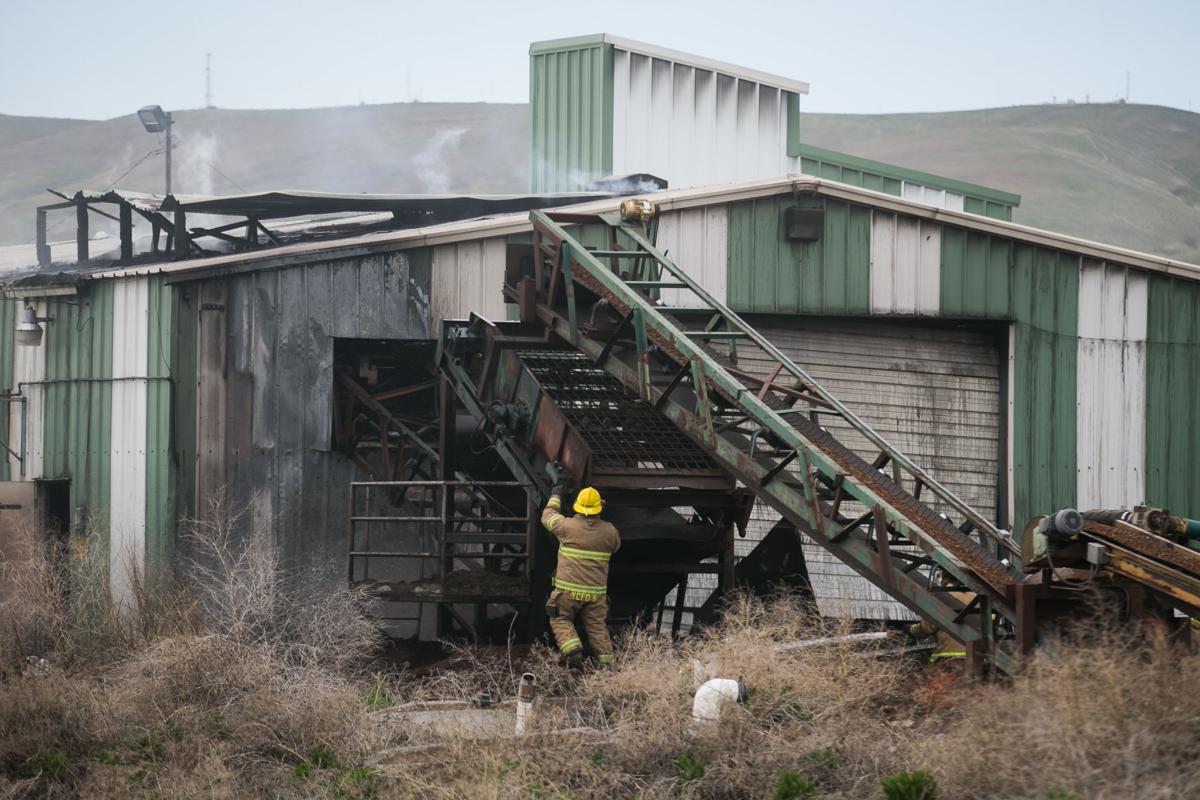 Parker Bridge Road was closed briefly late Sunday afternoon as firefighters extinguished a blaze in a commercial structure nearby.

No one was injured in the fire at Waupaca Materials at 81 N. Track Road. The Waupaca Northwoods company, described as a garden center, has a Wapato address but is in the unincorporated Lower Yakima Valley community of Parker, between Union Gap and Wapato around U.S. Highway 97. It sells garden and landscaping materials such as soils, bark, mulches, stone, sphagnum and sand, according to the Waupaca Northwoods website.

Yakima County Fire District 5 firefighters were dispatched just before 2:30 p.m. and fire was showing through the roof, according to a post on the district’s Facebook page.

Fire Chief Kevin Frazier said some bark-type material was burning and got onto a conveyor belt and inside, where it ignited a few big bags of the product. Firefighters quickly put out the fire and began dousing hot spots.

It’s the third fire on North Track Road in less than a week. On Tuesday, Lower Valley firefighters responded to two suspicious fires at 625 N. Track Road in a roughly two-hour period. They first responded to a travel trailer fire that evening, then returned less than an hour after leaving the scene to find a barn fully engulfed.

People driving by 625 N. Track Road around 7:15 p.m. reported that a travel trailer was on fire, according to a Yakima County Fire District 5 news release. The trailer was not in use and had no power, the owner told officials.

Less than an hour after leaving the scene of that fire, callers reported that a barn at the address was on fire. Firefighters found the barn fully engulfed when they arrived. The Yakima County Fire Marshal is investigating.