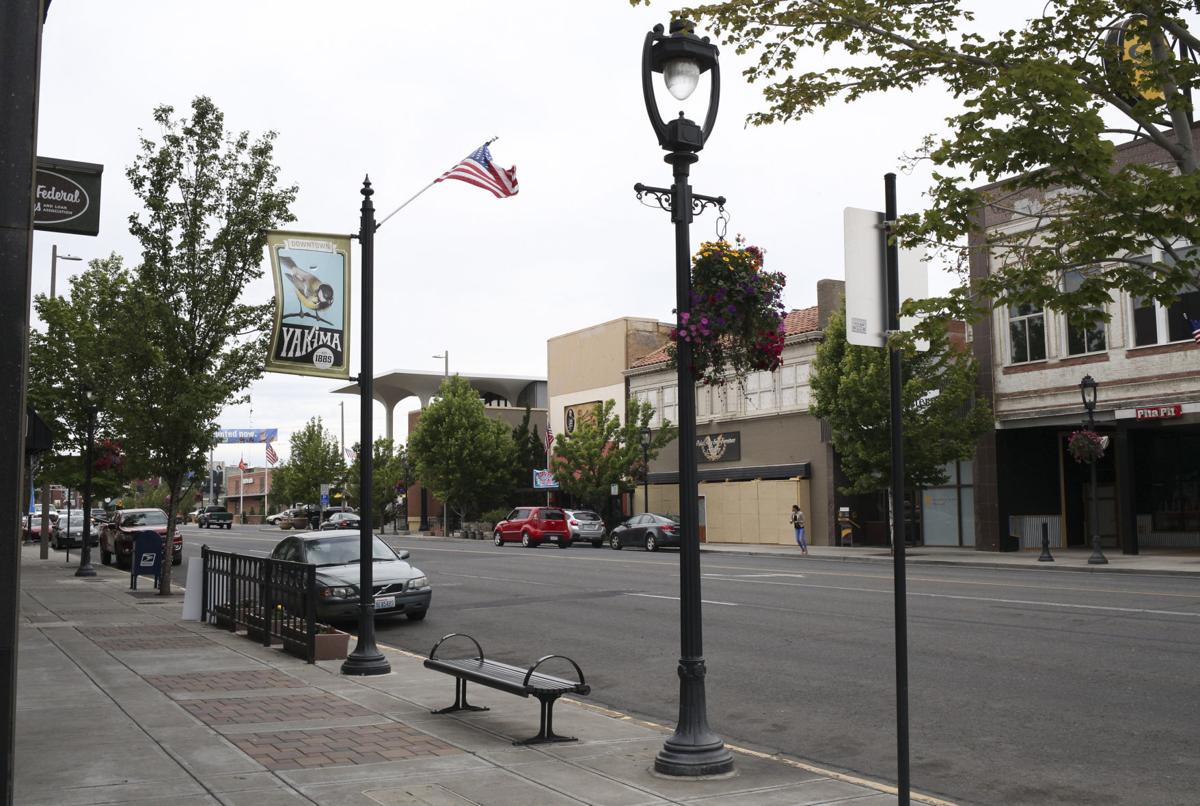 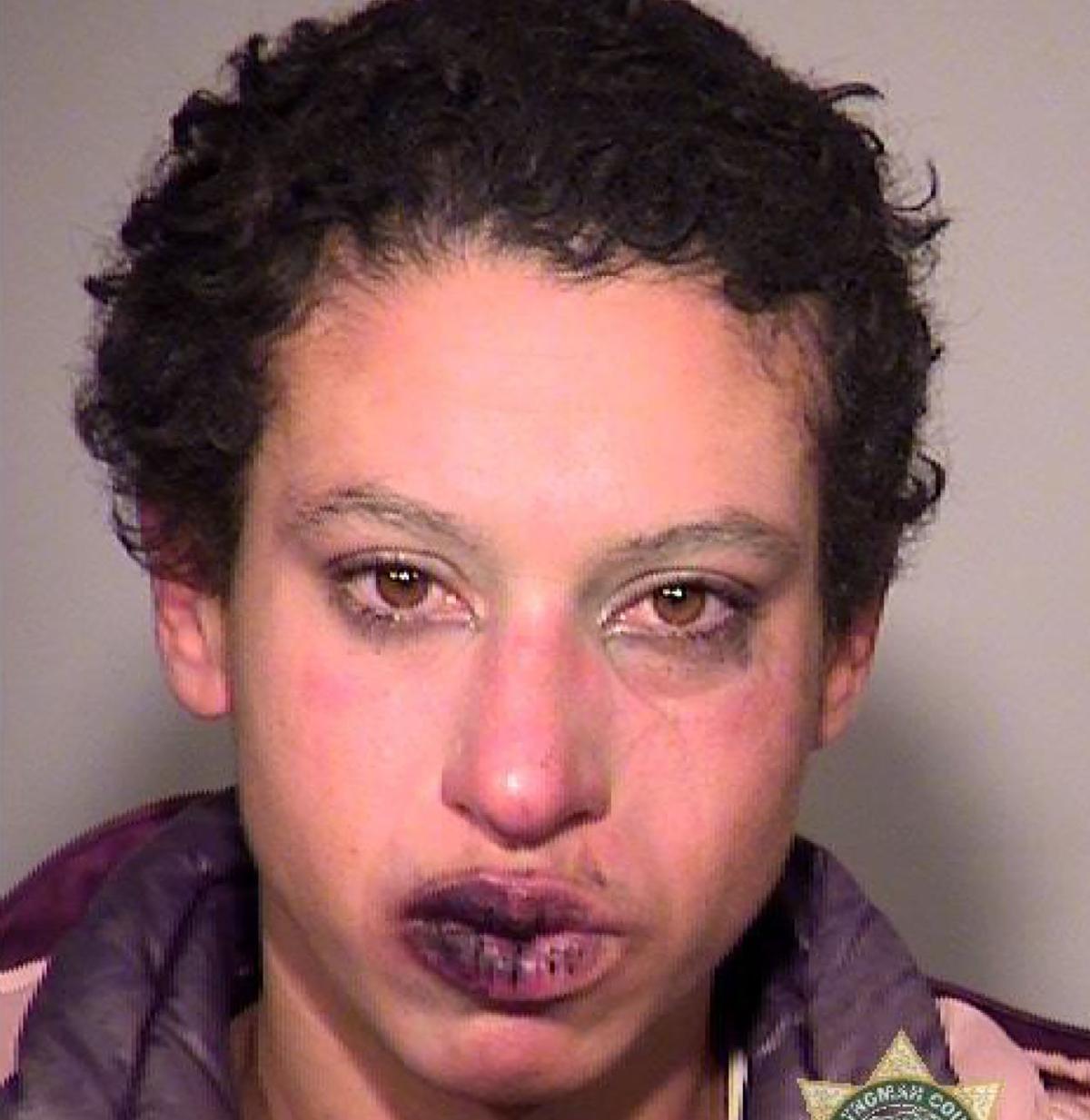 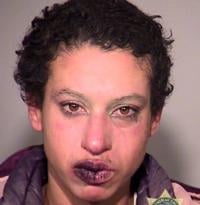 The Yakima Police Department released a 40-page document Thursday about the death of a Black homeless woman who was temporarily in police custody in June, and said police would no longer transport people experiencing a mental health crisis complicated by substance abuse.

Yakima Police Chief Matt Murray also disciplined the commanding officer who was on scene for violating department policy, and said the YPD would release similar detailed information in high-

profile incidents in the future.

In early June, police responded to a call about a woman walking in and out of traffic in the area of Staff Sergeant Pendleton Way and North First Street. When approached, Tiffany Eubanks, 33, became combative and officers took her into protective custody to prevent her from injuring herself. Eubanks experienced a medical crisis in the car as an officer was finding help at the hospital, and died nine hours later on the morning on June 3.

Police Chief Matt Murray handed an investigation into Eubanks’ death to the Yakima Valley Special Investigations Unit. The unit consists of detectives from agencies around the Valley, and is called in to investigate officer-involved shootings and in-custody deaths.

Following that investigation, Yakima County Prosecuting Attorney Joseph Brusic determined last week that officers did not use force against Eubanks and no charges would be filed. An autopsy found she died of methamphetamine toxicity.

The Yakima Police Department released a 40-page letter about the incident Wednesday. The letter includes a detailed description of the incident, a timeline, department policy and letters from review boards.

It also includes the decision by Murray to discipline Lt. Chad Stephens, the on-duty watch commander for the Criminal Investigations Division who responded to the scene.

Murray wrote that investigations into the incident found that responding officers had not violated any laws. But he added that a Yakima Police Disciplinary Review Board had found that Stephens’ actions had violated departmental policy related to supervisor responsibilities and transporting ill or injured people. The discipline was a 10-hour suspension without pay, equivalent to one day.

Murray notes in the letter that Stephens believes he did not violate policy, which factored into the discipline decision. But Murray also added that he found the actions and demeanor of all personnel to be “kind, compassionate, and driven by a desire to assist Ms. Eubanks to get help.”

“This resulted in a tragic outcome, but was still an example of professionalism and an attempt to provide customer service,” he wrote. “This was a mitigating factor in the discipline I imposed.”

New details about a death

According to the information released by YPD on Thursday, a police officer who responded to the scene found another officer attempting to handcuff Eubanks while she resisted.

As Eubanks appeared to possibly be under the influence of a substance, the responding officer requested the aid of a designated crisis responder but was told none were available, according to the letter.

The private ambulance staff who had Eubanks in their custody for 24 minutes had not administered any medical care and said they couldn’t transport Eubanks while handcuffed, according to the YPD letter. Eubanks then went into police protective custody and was transported to the hospital in a patrol car, according to the letter.

The responding officer attempted to get help from multiple professionals at the hospital who were unavailable. The officer then went inside the hospital to seek assistance, connected with a designated crisis responder in the emergency room.

The officer returned to his patrol car to find Eubanks in a state of medical distress, with the belief that she aspirated.

The officer was in the hospital and Eubanks was unattended for a total of 12 minutes and 10 seconds, the YPD information said. Eubanks died nine hours after she was admitted to the hospital and received medical care.

The YPD letter alleges that the private ambulance medical staff, who had Eubanks in custody for 24 minutes, provided her with no medical care and also failed to record her vital signs or take a baseline EKG, a procedure that can evaluate if a person is having any heart-related problems such as irregular heart beats, shortness of breath, or fainting.

The chiefs concluded that Yakima County patient care protocols also had not been followed when the medics relinquished custody of Eubanks to a police officer who does not have medical training, in violation of pre-hospital patient care guidelines.

A further review by the Yakima Police Disciplinary Review Board, made up of YPD commanders, on Aug. 19 also found that officers had not violated laws before recommending the one-day suspension without pay suspension to Stephens for the alleged violations of department policy.

Murray noted in the letter that, moving forward, people experiencing mental crises complicated by substance use issues will not be transported in patrol vehicles.

People apprehended who are suffering from drug or alcohol intoxication, or who need medical assistance, will need to be transported by ambulance, the letter said.

Those guidelines already are in the department's existing policy, but they'll be emphasized moving forward in mandatory training for all Yakima police officers in the fall of 2020, Murray said in the letter.

Murray also announced Thursday that to increase transparency, the department now will send a detailed letter to the community with a summary of facts, a timeline, applicable state law and police policy, the review process, and any disciplinary action taken or changes planned.

The community letters also are an attempt to build trust with the public, especially for community members who have the most run-ins with law enforcement or those from poor areas, often with high concentrations of minority populations, who “do not believe that police involved incidents are properly reviewed,” Murray said.

“They are told to ‘trust us’ and then don’t hear anything but a short version of ‘This case was cleared’ or ‘not cleared’ with little understanding or explanation of why,” Murray said in a news release. “That has served to foment the belief that there is actually little review and that police departments just ‘protect their own’ and ‘wait it out,’ taking months to respond.”

The unit, which consists of detectives from agencies around the Valley, is called in to investigate officer-involved shootings and in-custody deaths.

Editorial Note: This story has been updated to clarify that the Yakima Police Department's existing policy provides for people experiencing mental crises complicated by substance abuse to be transported via ambulance.

Brusic: No use of force by Yakima police, no charges in June death of homeless woman

Yakima police did not use force against Tiffany Eubanks and no charges will be filed in her death, Yakima County Prosecuting Attorney Joe Brus…