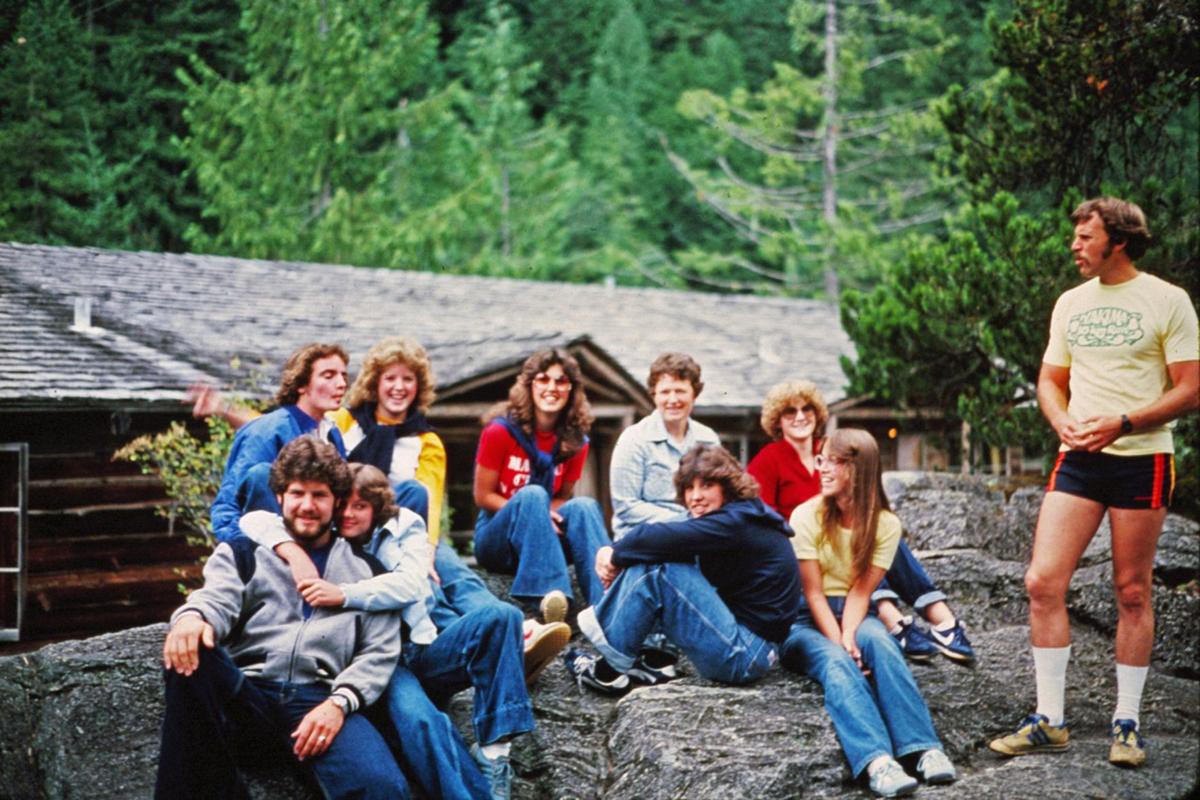 Teens enjoy an informal club meeting at a Young Life summer camp in an undated photo. Middle through high school youth can join the group. 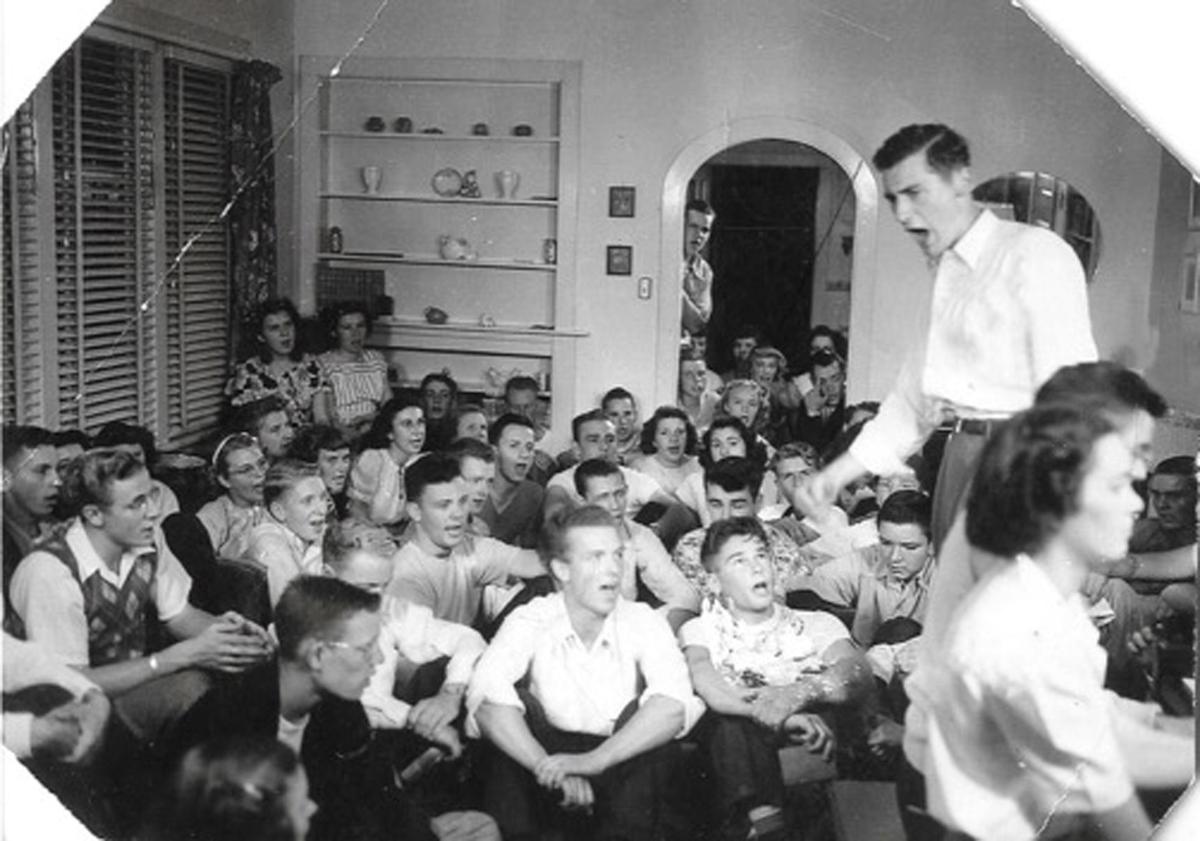 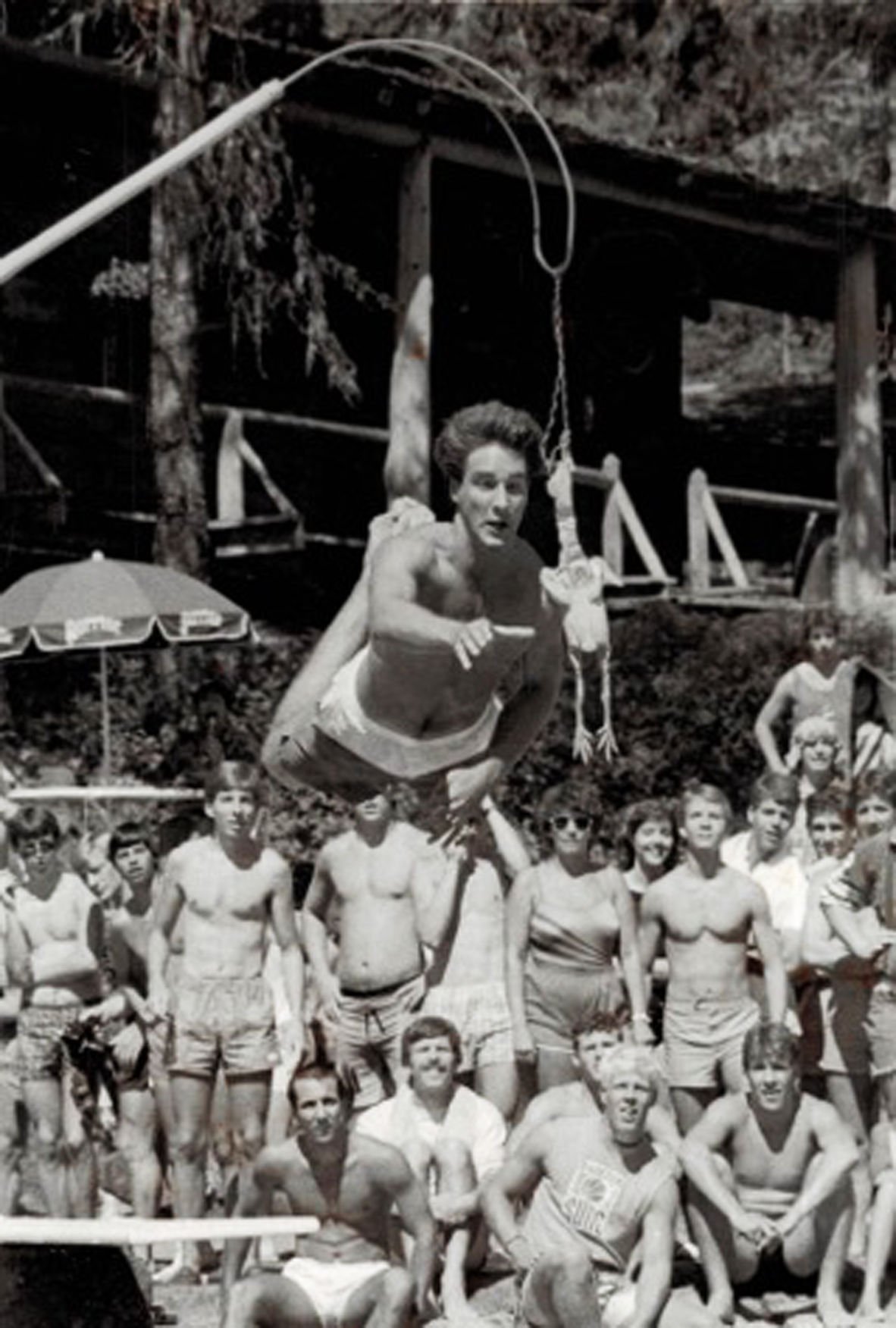 A teenager at a Young Life summer camp dives for a rubber chicken. Every year Yakima Valley young Life takes hundreds of club members for a week at various summer camps. 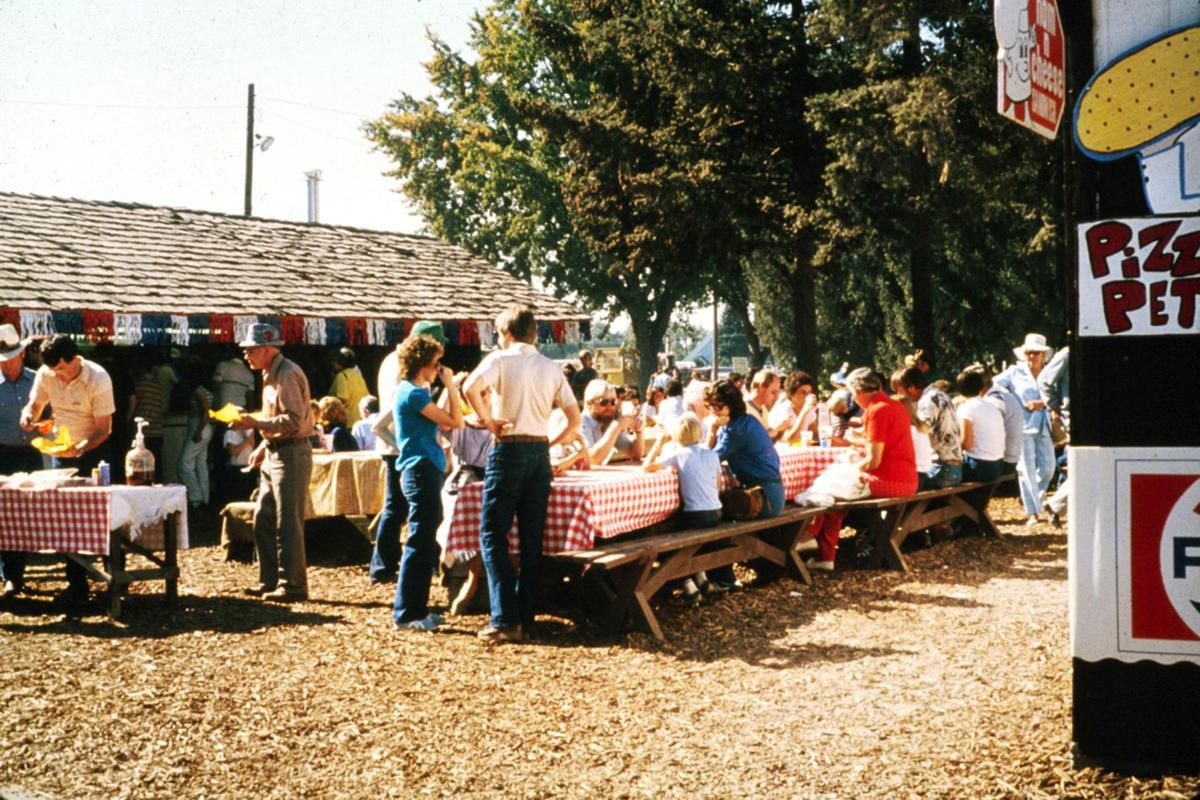 The Young Life barbecue beef sandwich booth at the Central Washington State Fair always draws crowds. The Christian group has been running the booth at the fair since 1972.

Teens enjoy an informal club meeting at a Young Life summer camp in an undated photo. Middle through high school youth can join the group.

A teenager at a Young Life summer camp dives for a rubber chicken. Every year Yakima Valley young Life takes hundreds of club members for a week at various summer camps.

The Young Life barbecue beef sandwich booth at the Central Washington State Fair always draws crowds. The Christian group has been running the booth at the fair since 1972.

For the past 75 years, Yakima Valley Young Life has been building relationships with area youths and helping them grow as Christians.

On June 17, they’ll be saluting that legacy with an anniversary celebration from 1-5 p.m. at the Central Washington State Fair Park. The idea is to give adults who were once members of the group in middle or high school an opportunity to come back and reconnect with other members and leaders. Present members are welcome, too, said area director Craig Hooper, who noted that the event isn’t a fundraiser.

“Our goal is just to celebrate. We don’t think it’s a small thing — not a lot of organizations make it to 75.”

The celebration will feature carnival games, music, cotton candy, parking and programs — all free. The Young Life barbecue beef sandwich booth, featured at the Central Washington State Fair every fall, will also be up and running; the sandwiches will be sold for the anniversary price of $7.50.

Attending will be seven of the nine men who have led the Christian ministry over the past 75 years — Anthony Peggins from California; Chuck Ferguson and Howdy Cole from Oregon; Skip Pennebaker from Colorado; and Dave Edler, Don Stuber and Hooper, all from Yakima.

One of the longest-serving volunteers attending will be Carl Schilperoort from Harrah. Schilperoort, who is 90, began going to meetings in his teens and has helped the organization since. He and his brother, Gerrit, built the barbecue booth for the fair and manned it for many years.

The first Young Life club started here in 1942, just a year after the organization was founded in 1941 in Dallas. Roughly 1.3 million youngsters go to Young Life meetings in the U.S. and another 800,000-plus are involved in more than 100 other countries.

An average of 410 youngsters attend Yakima-area meetings each week and roughly 1,000 participated in the 15 clubs in the area this year. They are led by 80 volunteer leaders, who head clubs from Naches to White Swan.

“We have good credibility and mojo because of our history here,” Hooper pointed out. “People built a foundation, and we stand on the shoulders of that.”

Middle school students meet once a month, while high schoolers meet weekly. Meetings are filled with games, skits, chatting and a message of God’s love. Special events take place where all the clubs gather to bowl or roller skate.

“The majority of our kids are underprivileged, and lots come from non-faith backgrounds,” Hooper explained.

Change is inevitable over 75 years, he said, but the organization has remained strong.

“Young Life has done a good job on its focus; it’s about kids and Jesus, and that’s never wavered. Maybe things look a little different than they did in 1942, but the mission is the same.”

The backbone of the Christian ministry has always volunteers, Hooper said. “We have a lot of volunteers who stick around a long time. That’s what makes it work. A dinky little nonprofit thrives because of its volunteers — and it’s not just leaders. There are lots of other volunteers and donors.”

Gress joined a club when he was a sophomore at East Valley High School, then volunteered in a club while attending Washington State University. He later joined the staff there before beginning work at Yakima Young Life a year ago.

A year after Gress began attending Young Life meetings in Yakima 10 years ago, his younger brother, Gavin, was killed in a motorcycle accident. “The people who were there for me through that were from Young Life. I owe everything to those people and this mission,” Gress said. “I knew it was a group of people who cared.” He added, “When I spend time with kids, I know that’s what I was made to do.”

One of his best experiences with Young Life as an adolescent was attending summer camp, Gress said.

This summer, the organization is taking some 400 youngsters to four camps in the Northwest. “It’s a monumental effort,” Hooper noted.

High school students also have the option of going on a mission trip during spring break. In April, a group of 25 teens and adults traveled to New York City where they helped in an after-school program and in a soup kitchen.

To help pay for the camp tuition, club members sell pies and mount other fundraisers throughout the year. The biggest is the yearly banquet, but there also are spaghetti feeds, auctions and a golf tournament.

Then there is the barbecue beef booth, which has been a stalwart at the state fair since 1972. About 90 volunteers help in the intensive endeavor.

It takes many hands to make Young Life a success, Hooper said. “I can’t emphasize enough that the volunteers are what make it go. Something about re-entering the world of a teenager and walking alongside them works and continues to impact lives.”

And one more thing: the number of barbecue beef sandwiches sold in the past 45 years?

■ Why: To reconnect with former members and leaders and welcome present ones