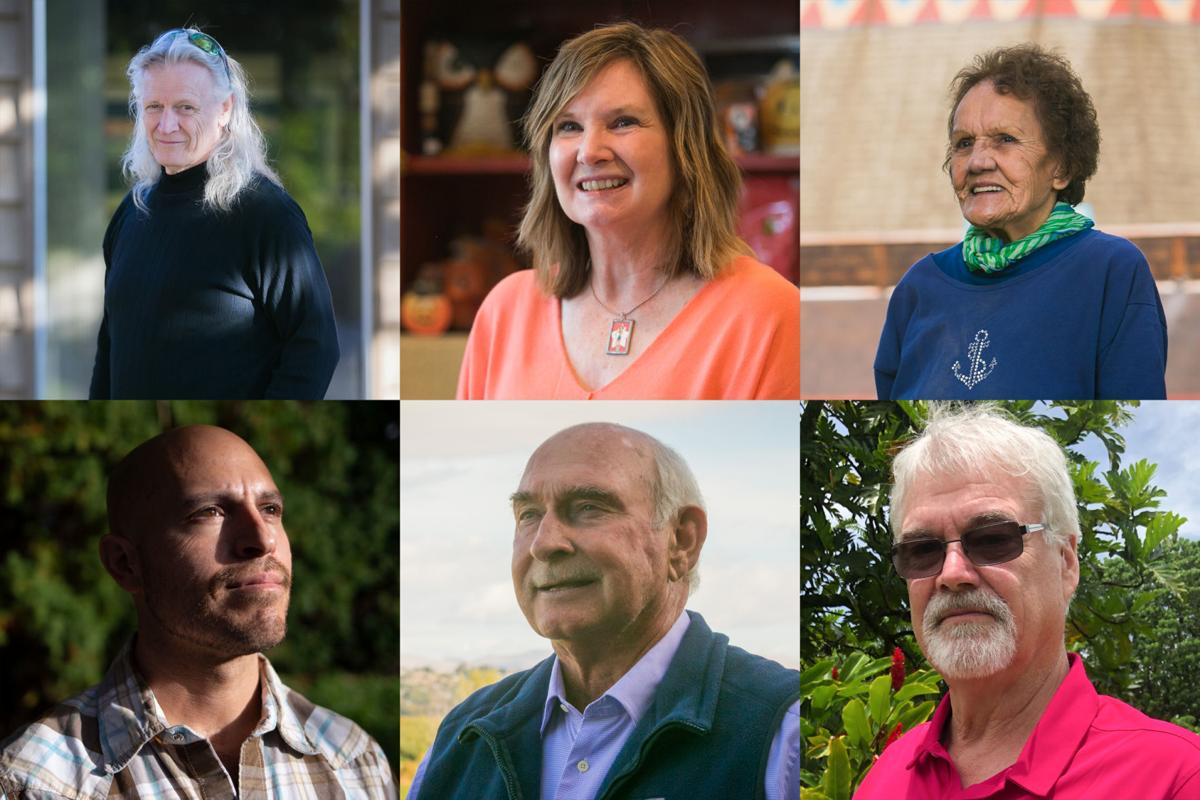 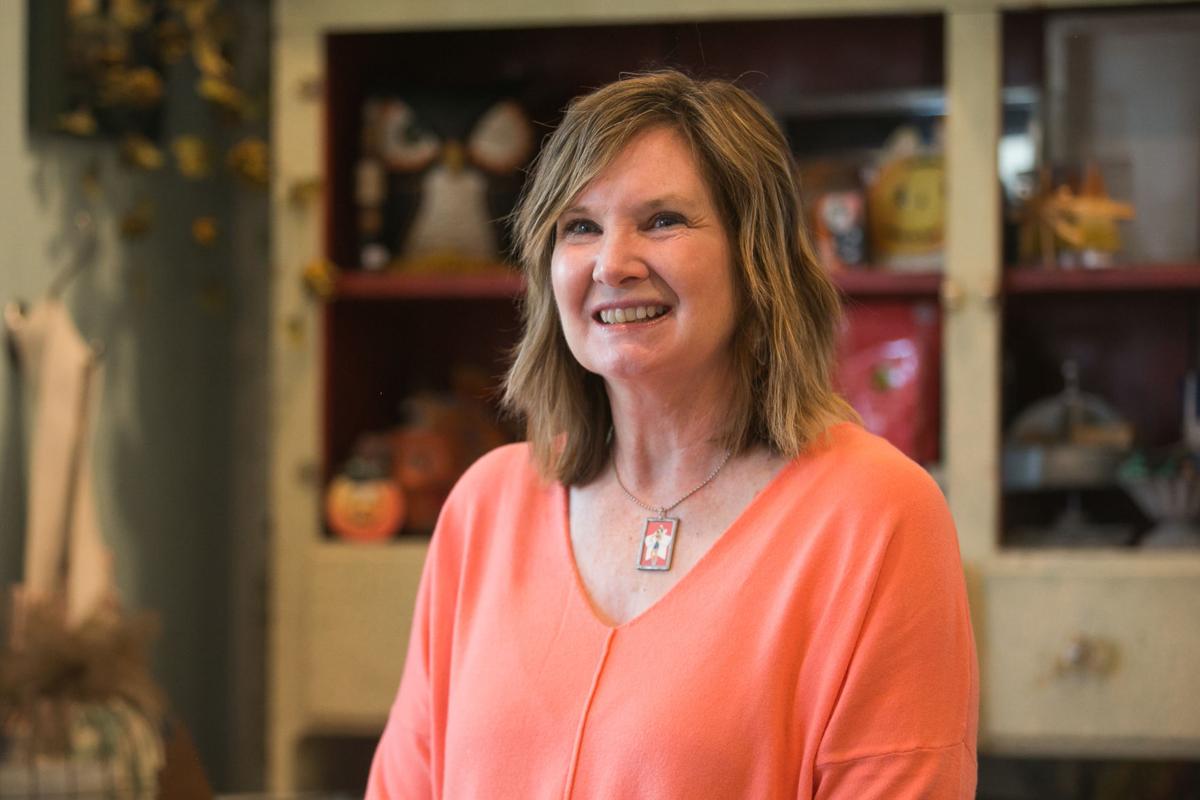 Cindy Reed poses for a portrait at her boutique, Farmgirl Pickings, Tuesday, Oct. 13, 2020, in Yakima, Wash. Reed is supporting President Donald Trump in the 2020 presidential election. 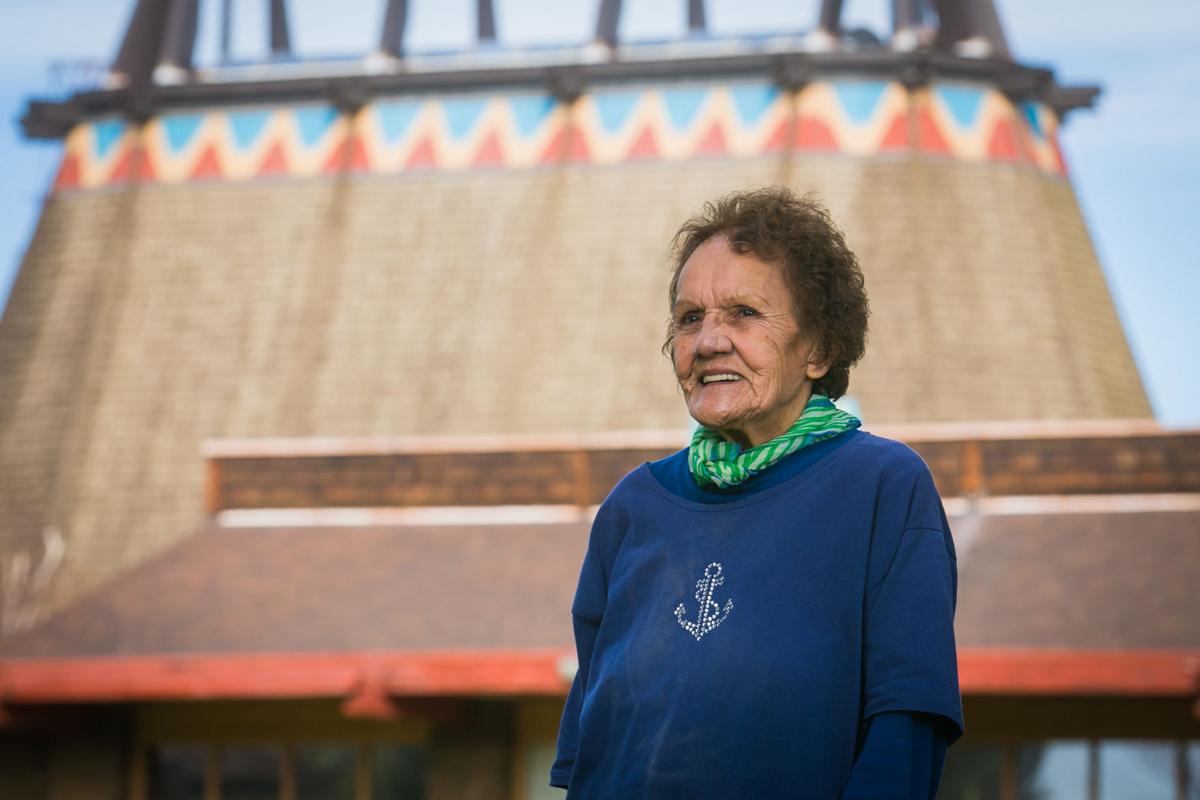 Marlene Spencer Simla poses for a portrait in front of the Yakama Nation Cultural Center in Toppenish, Wash., Friday, Oct. 16, 2020. Simla is supporting Joe Biden in the 2020 presidential election. 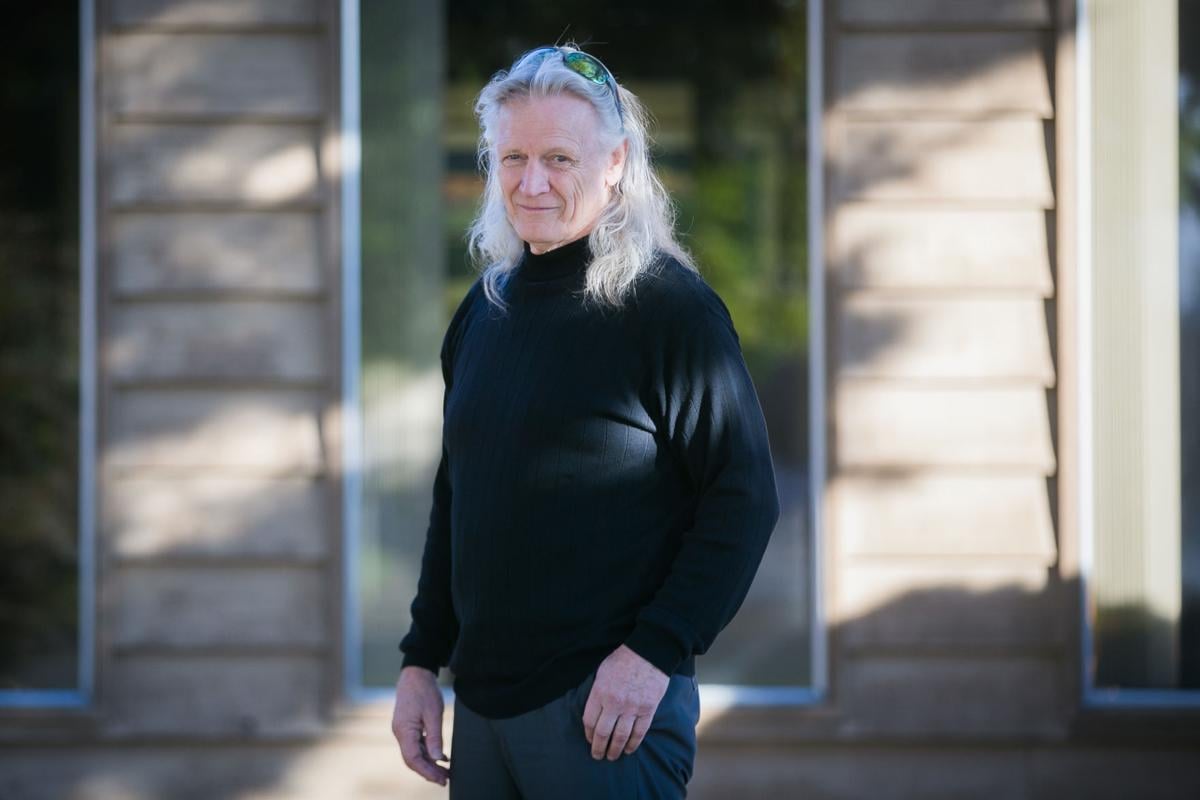 Dr. James Stevens poses for a portrait outside of his dental office, Stevens Health Alliance in Sunnyside, Wash., Wednesday, Oct. 14, 2020. Stevens is supporting President Donald Trump in the 2020 presidential election. 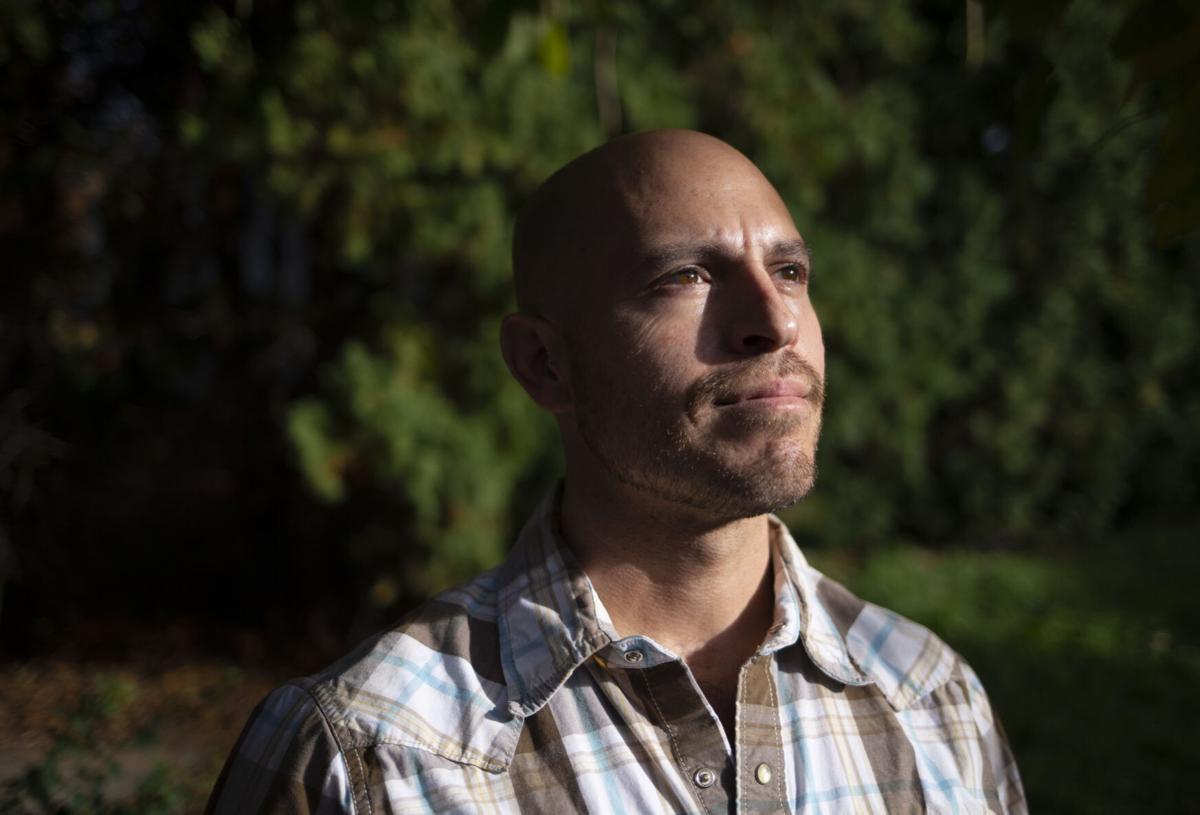 Gregg Charcas poses for a portrait at his home on Friday, Oct. 16, 2020 in Yakima, Wash. Charcas is supporting Joe Biden in the 2020 presidential election. 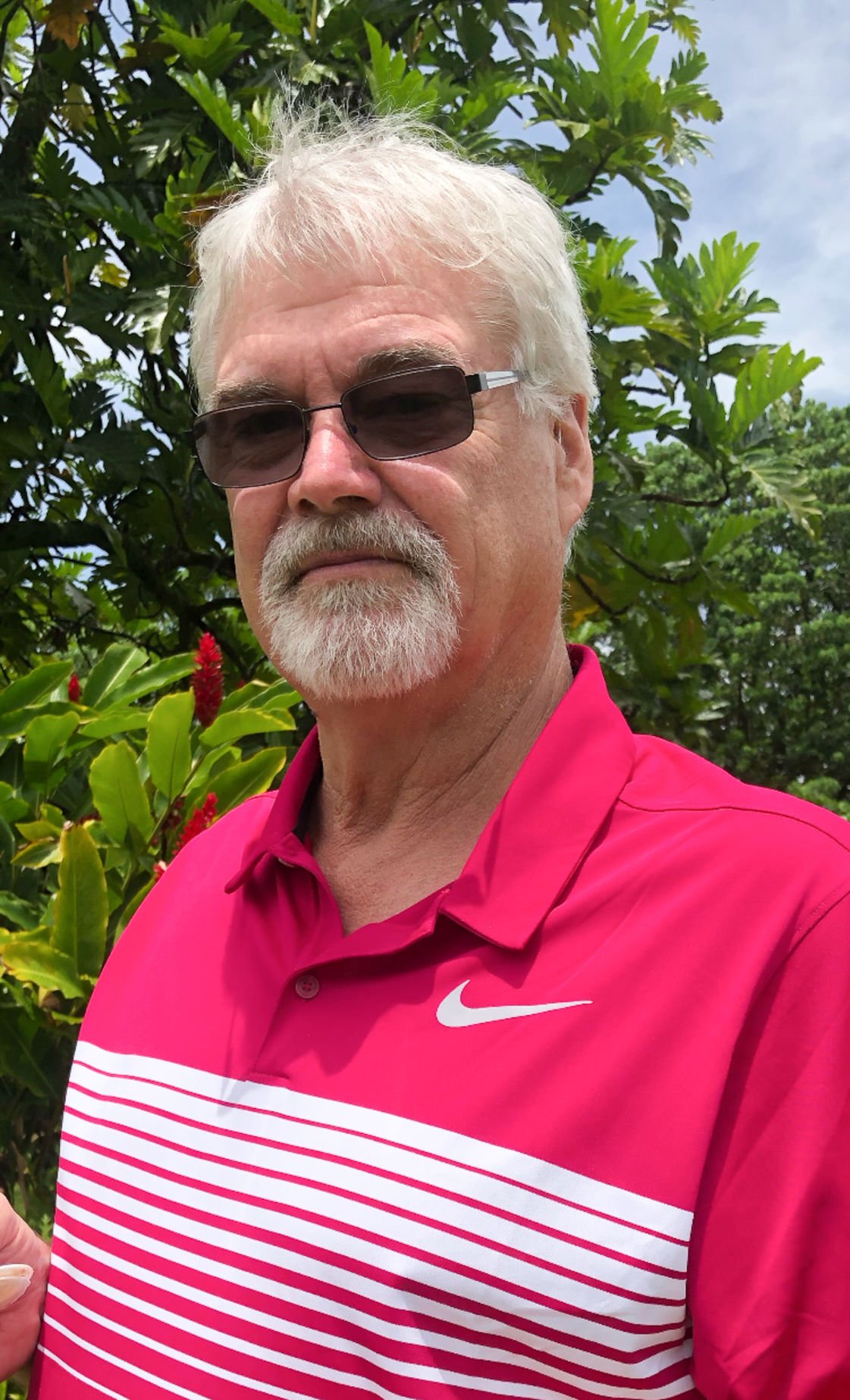 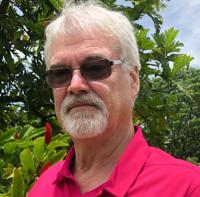 Wayne Worby poses for a portrait. Worby is supporting President Donald Trump in the 2020 presidential election. 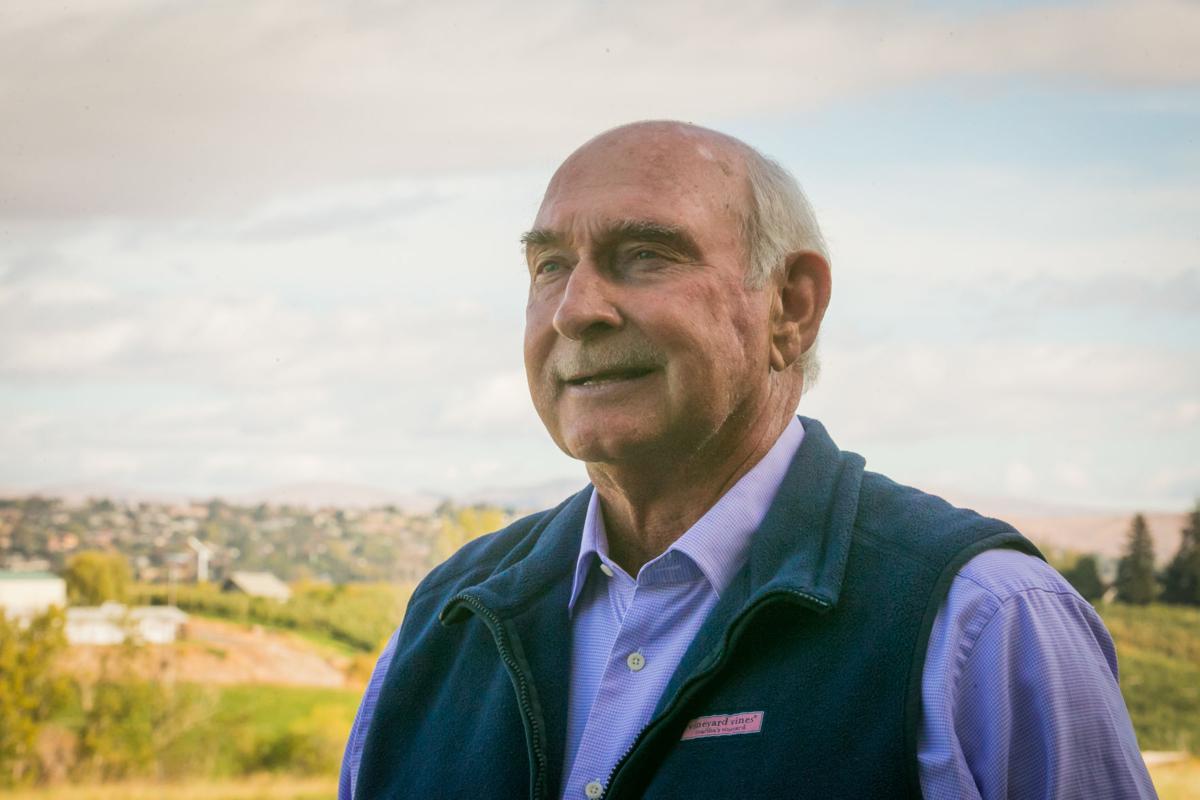 Dave Fonfara poses for a portrait at his home in Yakima, Wash., Wednesday, Oct. 14, 2020. Fonfara is supporting Joe Biden in the 2020 presidential election.

With ballots arriving in mailboxes this week in the Yakima Valley, people have started voting.

The first day of ballot returns was nearly double what Yakima County saw in the first few days of the 2016 presidential election, when turnout was 71%.

It’s hard to avoid discussions these days about President Donald Trump and his Democratic challenger, Joe Biden. Six Yakima County residents shared their thoughts on the two presidential candidates and their choice this year. Among the issues they mentioned: The economy, health care, jobs and immigration.

Reed, who identifies as a conservative Republican, is the owner of Farmgirl Pickings, a vintage/farmhouse inspired boutique in Yakima. She will be voting for Trump.

Protecting our constitutional republic! We are not a democracy; we are a republic with separate but equal branches of government, set up in an attempt to prevent abuse of power. It is what makes us uniquely free.

He kept his campaign promises. He has fought to protect our rights, place constitutional judges and revealed corruption.

The most impactful — creating strong economic confidence. He has accomplished this by bringing back manufacturing jobs. Before COVID-19 we had record low unemployment for women, Black, Latino and Asian Americans. This resulted in higher wages and record Dow Jones highs, benefiting all of us.

No! He has worked tirelessly to improve the lives of the American people. As a businessman he understands with less government and free markets we harness our ingenuity and creativity, developing products, services and jobs. A strong job market results in better, independent lives for all Americans.

Also important is his strength. He stands up for our great country — no apologies!

Simla, who identifies as a Democrat, is retired after 44 years with the Yakama Nation as an early childhood educator and child welfare specialist. She will be voting for Biden, who was her first choice among the Democratic candidates.

Voting. Right there, you can make a choice. You choose who is going to represent your goals, your wishes, your dreams. If you don’t vote, who knows?

Who is calling the shots? Do you have particular concerns? Who is making rules, regulations and laws for you to live by? Who truly cares about your health and all things are responsible for clean water, fresh air and your livelihood? You have the right to choose pursuant to the 15th Amendment of the U.S. Constitution.

My strongest concern is to get the current guy and his family out of the White House. I truly object to my tax dollars to support this group. We have many issues that need strong action in this Yakima Valley and for a healthy global economy.

Stevens, a Sunnyside dentist, identifies as an independent. He will be voting for Trump.

As always, my vote is not for the candidate — but for the survival of the American way. The American way: life, liberty, the pursuit of happiness; it is one nation, under God, indivisible, with liberty and justice for all. The American way is represented by our flag and Donald Trump.

I voted for: Bill Clinton — instead of the environment he championed national health care. G.W. Bush — caved in to big business. Barack Obama — promised “change” for all races to feel empowered as American citizens. Instead, he created division; disappointments one and all.

Trump has fulfilled his promises and more.

Charcas, who identifies as Democrat/independent, is an educational interpreter for the deaf. He will be voting for Biden.

I support Biden because the issues important to me are equal protection under the law, universal health care, expanding voter participation and reducing America’s carbon dependency, which his campaign supports. We need to move our country in a direction working for the people and not special interest groups opposing these issues.

Was Joe Biden your first choice? If not, who was and why?

Pete Buttigieg was my first choice. He is highly intelligent, accomplished and has military experience. He also appeals to a younger and more diverse demographic. Many of the candidates, including Biden, had positions congruent to my own. I will be voting for Biden as confidently as I would have Buttigieg.

Worby, who identifies as an independent, taught for 31 years at Selah high and middle schools. He’s a substitute teacher in the Naches Valley School District. His family has been involved in the tree fruit industry since 1979, growing cherries on 17 acres. He plans to vote for Trump.

My biggest concern is the economy. The COVID-19 virus has taken a front-row position as a spoiler as businesses were shut down and the economy crashed. The stimulus package spending and government debt are going to affect most if not all policies going forward if not addressed.

Both of the party candidates, Republican and Democrat, are not without flaws. I voted for Trump in 2016 and will do so again in 2020. He deregulated and his tax policies provided a climate of growth for businesses and personal income. In the election of 2016 I voted against Hillary Clinton as much as I voted for Donald Trump.

No. For the most part, Donald Trump has fulfilled his campaign objectives from 2016 despite a constant undermining of his presidency by the Democrats. When elected in 2020 I believe his experience will once again bring prosperity to all citizens. Nothing in the Democratic Party leadership indicates that the next four years will be any different if they retain current members of Congress in positions of power.

Fonfara, who identifies as independent, plans to vote for Biden, who was his first choice among the Democratic contenders. Fonfara, who is retired, served as Sunnyside city manager from 2000 through 2003. He also served as a member of the city of Yakima Planning Commission, including a couple of years as chairman.

Since the days of my youth my ideal of America was a country that best represented a unity of spirit and a commonality of purpose in pursuit of liberty and justice for all. Today my ideal has been shattered — what I see is a nation deeply divided by racial tension, economic inequality, and a clash of uncompromising elected ideologues (Congress) owned by big money special interests. I am hopeful that this divisive issue of national discord will be significantly reduced by my vote for president.

I will vote for Joe Biden because of my belief that he possesses the leadership ability that can best bring our fragmented nation back together. Presidential leadership requires that a person possess the qualities of empathy and compassion. It requires an individual who listens and learns, leads by example, and makes tough decisions with humility and grace. I want a person in the Oval Office who is color blind to red states and blue states, (and supports) immigration policy, voter rights and economic/educational opportunities.

After months of divisive debate, can Americans find a path forward together?

By the time Abraham Lincoln was inaugurated as president on March 4, 1861, seven Southern states had seceded. The American Civil War began a l…