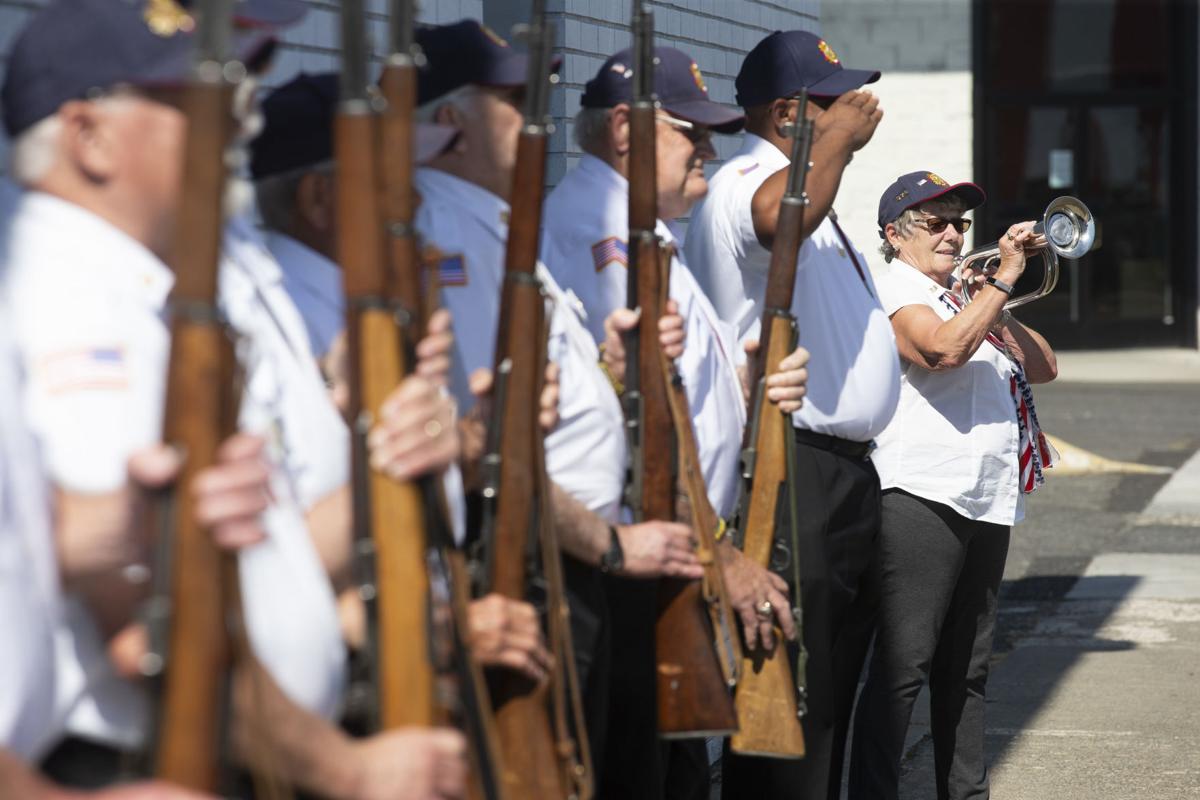 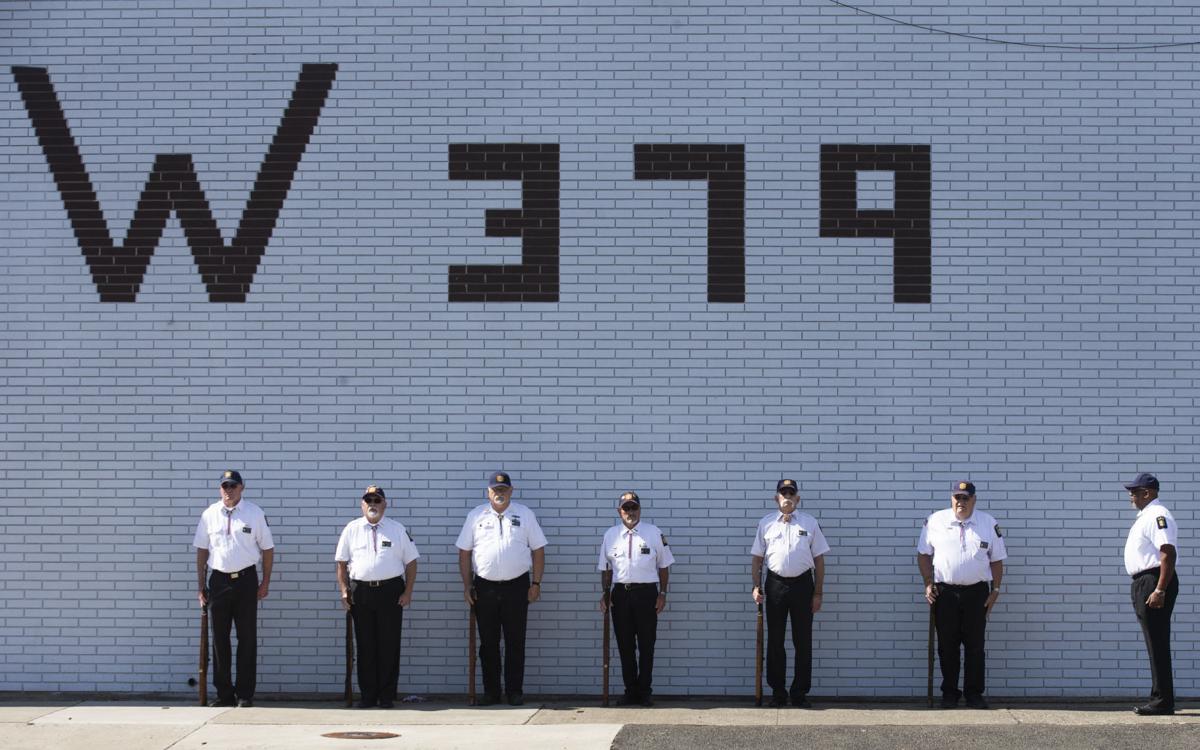 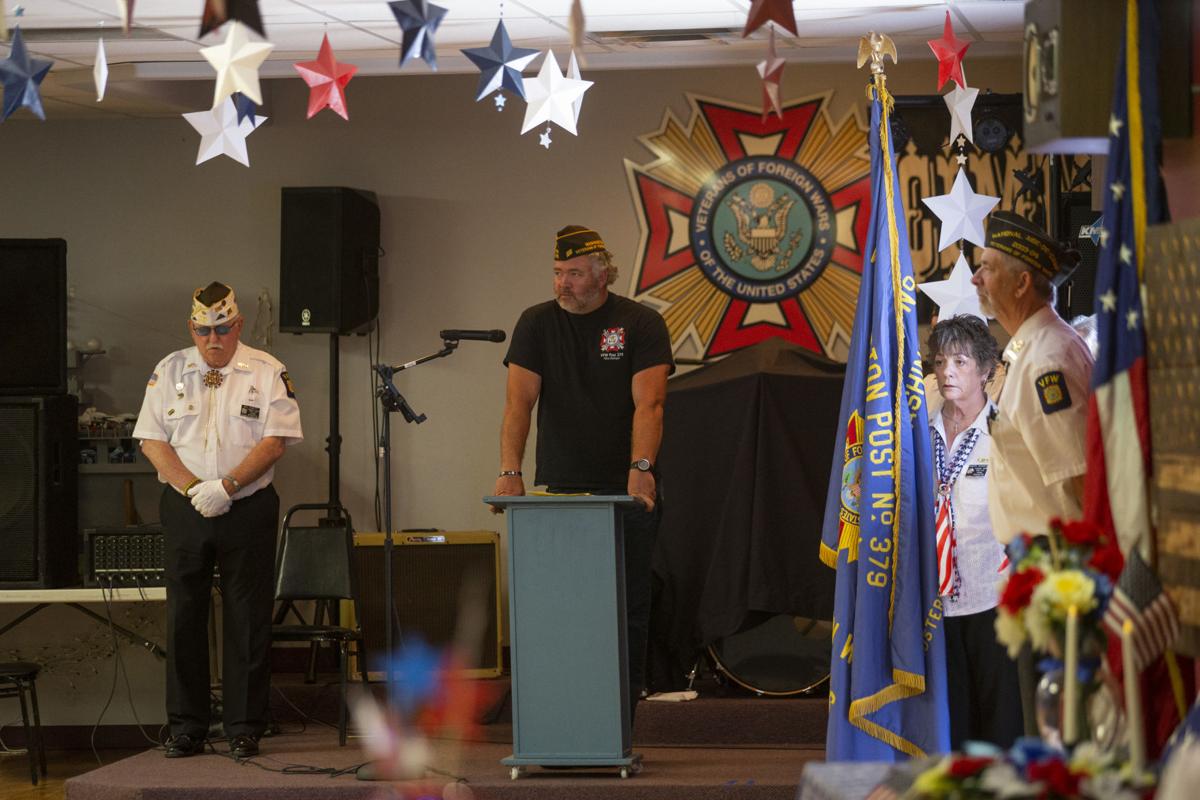 Like most people, Steve Saunders remembers where he was on Sept. 11, 2001. He was stationed at Fort Polk, La., with the Army’s 19th Special Forces Group.

He and others watched television images in disbelief as planes hit the Twin Towers and then the Pentagon. The crash of Flight 93 in Pennsylvania followed. The attack was organized by al-Qaida leader Osama bin Laden.

“We all have a 9/11 memory; 9/11 was our Pearl Harbor and eventually became very similar to Vietnam,” Saunders said during a ceremony at Yakima VFW Post 379 marking the 20th anniversary of the Sept. 11 attacks on Saturday. He’s a retired Army command sergeant major.

Over the next 19 years he served in Operation Enduring Freedom in the Philippines, Afghanistan and trained units to serve in Iraq and Afghanistan. He said the Taliban, al-Qaida and the Islamic State are still out there and still at war.

He said it’s been difficult to watch the departure of U.S. troops and the Taliban takeover of Afghanistan in recent weeks, acknowledging similarities with Vietnam veterans sitting in the audience.

“Over these last two decades, service members, I want you to know your service was not in vain,” he said. “Here in the homeland we have not experienced another terrorist attack. ... We were keeping them on their heels on their ground.”

The gathering at the VFW post was one of several ways Yakima Valley residents marked the 20th anniversary. A Sept. 11 gathering honoring Operation Enduring Freedom veterans in Toppenish was postponed because of new Yakama Nation COVID restrictions, however.

On Friday, members of the Yakima Fire Department and the Yakima Police Department gathered to remember those lost. Fire Chief Aaron Markham said Sept. 11 started as another ordinary Tuesday as people in Boston, Newark and Dulles took off in airplanes to places they would never reach.

A total of 2,977 people were killed that day, with 2,753 lives lost at the Twin Towers, including 343 New York City firefighters and paramedics, 23 police officers and 37 Port Authority officers. Another 189 people were killed at the Pentagon, and 40 passengers and crew died on Flight 93 when it crashed into a Shanksville, Pa., field.

Markham said the losses have continued. Thousands of people who lived and worked in lower Manhattan and responded to Ground Zero were diagnosed with cancer caused by fumes and particles that came from the burning towers.

Police Chief Matt Murray and Yakima Mayor Patricia Byers also spoke as the rain fell outside the police building downtown. Byers said the anniversary provides an opportunity to remember the heroic sacrifices of first responders and members of the military who have died fighting terrorism.

While images of devastation are burned into her mind from that day, “I also have memories of men and women running not away, but into the emergency and crisis of the moment, into that dangerous event,” she said.

About a week after planes crashed into the World Trade Center on Sept. 11, 2001, Gary Kerby began working from his Montana home on a mural tha…