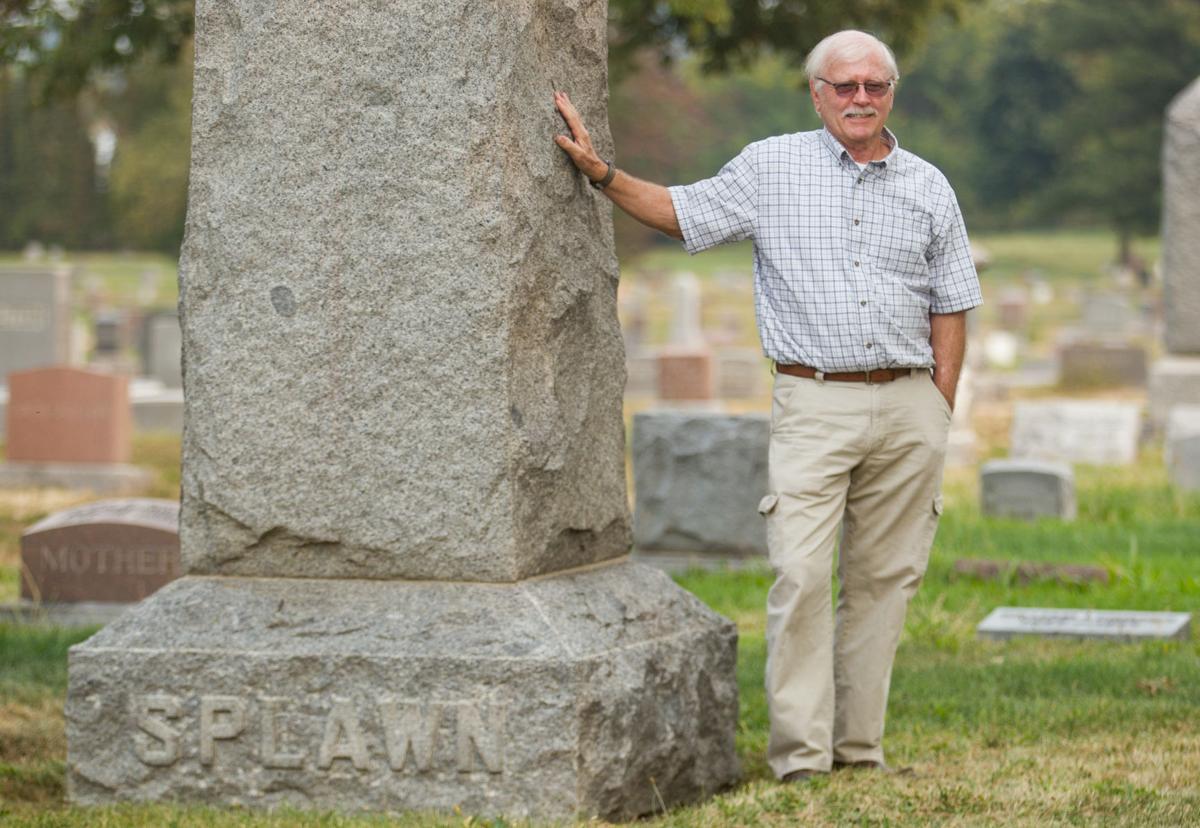 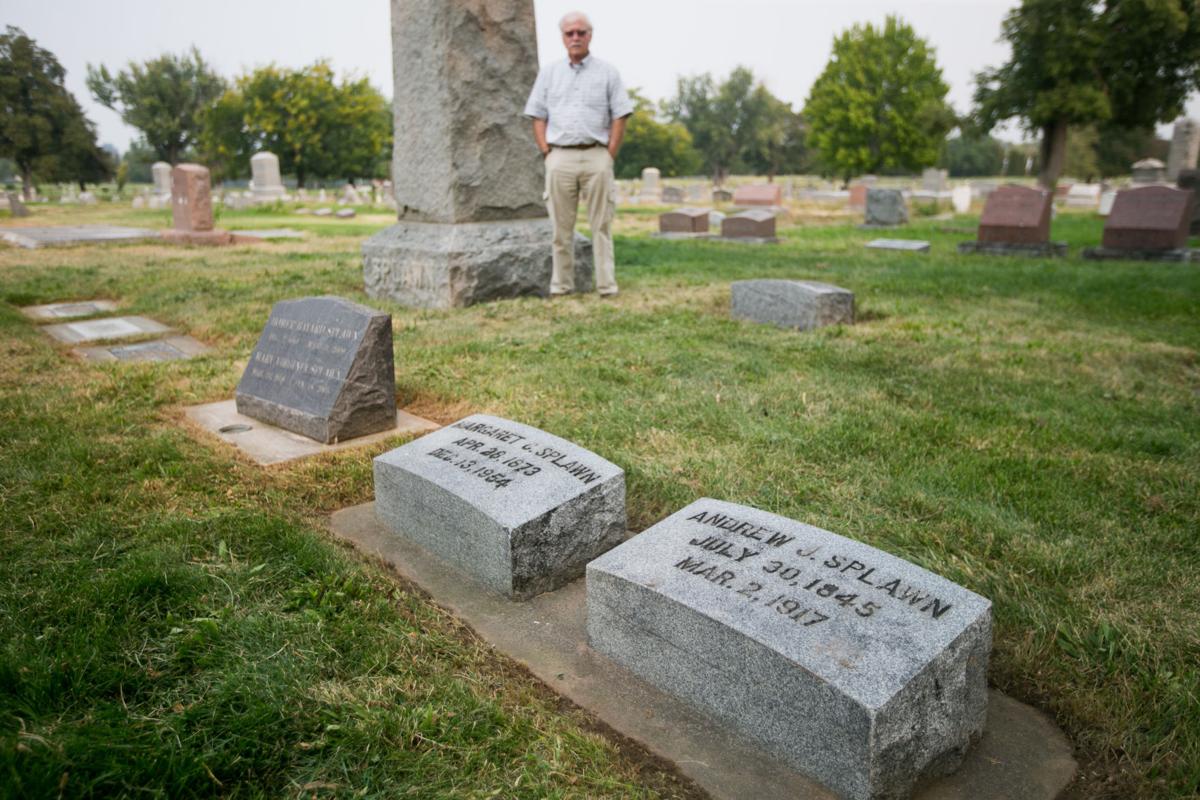 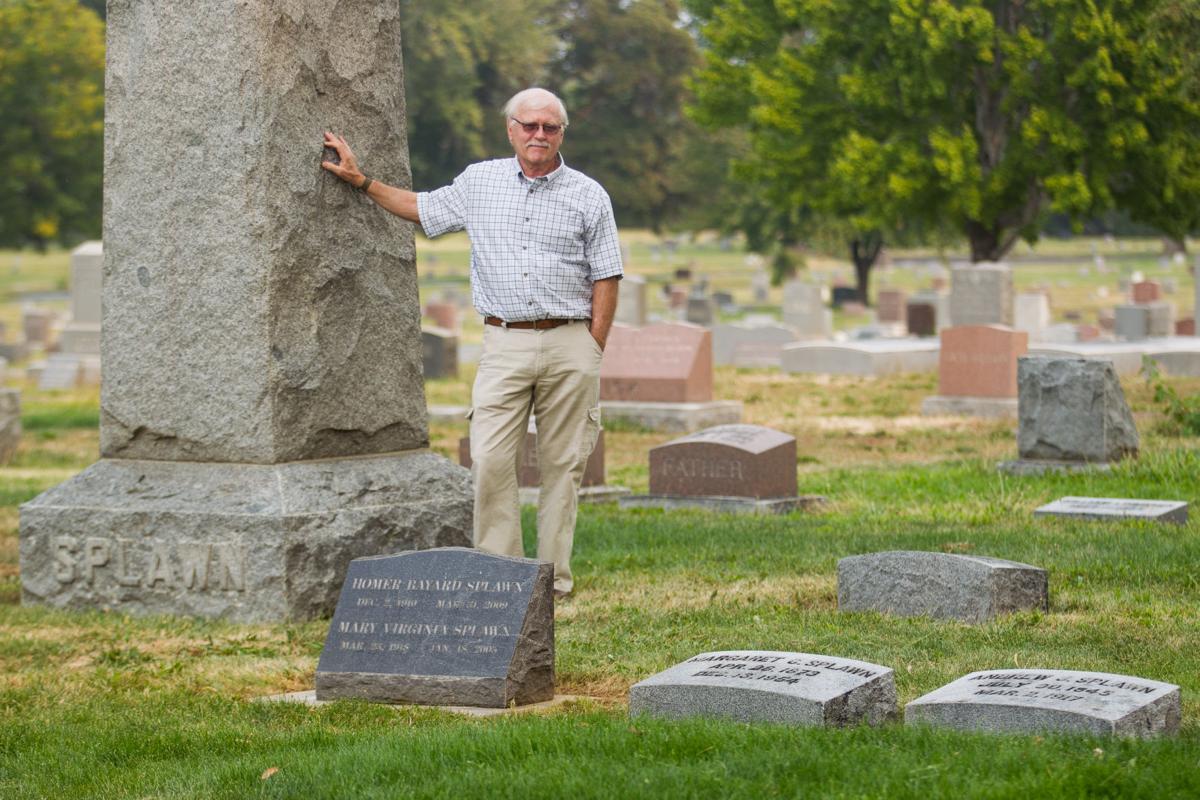 In early March 1857, a German immigrant arrived at The Dalles, then a newly incorporated city in what would become Oregon, with a memorable story to tell.

Frederick White came to town a little more than two months after he was captured by a group of Yakamas several miles from Fort Simcoe. White was a civilian cattle herder working for the U.S. Army at the fort when Skloom, a brother of legendary Yakama Chief Kamiakin, and his men captured him a few days after Christmas in 1856.

Skloom decided to use White to correspond with U.S. military officials, as author and historian Jo Miles of Yakima detailed in his article, “Written Under Duress: The Abduction of Involuntary Scribe Frederick White.” It ran in the winter 2020-21 issue of Columbia Magazine, the quarterly journal of the Washington State Historical Society.

White’s story was compelling, and so was Miles’ telling of it — compelling enough to earn an award from the Washington State Historical Society and praise from the society’s tribal liaison.

Miles received the John McClelland Jr. Award, which recognizes the best article published in Columbia Magazine during the previous year. It is named for the magazine’s founder and is among seven annual historical society awards that recognize Washingtonians for excellence in history research, teaching, publishing and expanding the understanding of cultural diversity.

“I was absolutely surprised,” Miles said. “Just being chosen by the editor for publication — that is a big thrill.”

The society usually presents the awards at its annual fall meeting, but did so virtually in 2020 because of the pandemic. The plan for this year is evolving, said society director Jennifer Kilmer.

Even before he learned about the unexpected award, Miles received positive feedback for his writing.

Michael Finley, tribal liaison for the historical society, said recording the words of Indigenous leaders “and preserving their true opinions about treaties and negotiations with the United States” saved words and views “that otherwise would have been lost forever.”

Miles’ article “shines light on the critical 1850s war era, when Natives and the U.S. Army and state militias were engaged in military conflict on both sides of the Cascades,” Finley wrote. “Letters written by Frederick White provide additional insight into these controversial events and a Native perspective that isn’t often heard.”

Miles’ interest in regional history began when he was 9 or 10 and growing up in Richland, near the confluence of the Yakima and Columbia rivers.

The Columbia River in particular continues to be an integral resource for Native people who have lived in and traveled through the region for more than 10,000 years, along with trappers, explorers, settlers and countless others.

“I just had this intense curiosity about who passed by there,” Miles said.

He earned a degree in public administration and retired in 2000 as Toppenish Public Works director. That’s when he could devote himself to history full-time, Miles said.

In his years living in Toppenish on the Yakama Reservation, among descendants of the first people, he became inspired to launch a long journey of scholarly research. That resulted in the book “Kamiakin Country, Washington Territory in Turmoil 1855-1858,” which was published in 2016 by Caxton Press of Idaho.

Miles is intrigued by Kamiakin, legendary chief of the Yakamas. Native Americans of the Columbia Plateau highly respected Kamiakin, who was among the signers of the Treaty of 1855 with the U.S. government. He then headed the resistance to tribal lands being taken for settlement.

Few had written about Kamiakin, though. Among them was Yakima Valley pioneer A.J. Splawn, who wrote “Kamiakin, The Last Hero of the Yakimas” in the early 1900s. Photography wasn’t in wide use during Kamiakin’s life from 1800-1877, and all that remains of his image are a few drawings.

Miles’ 15 years of research into Kamiakin’s life led him all over the region as he searched for primary documents and scoured microfilm, manuscripts and landscapes. It also secured his reputation as a dogged, reliable researcher and has resulted in several Northwest history articles in area history publications, including Pacific Northwest Quarterly and The Journal of the West.

Miles credits others in his journey as a historian, among them Yakama Nation Review Editor Richard La Course.

“He helped inspire me on my Kamiakin research,” Miles said.

“He came to every Yakima Valley Historical Society meeting about Kamiakin,” Miles said. “He called himself a ‘student of man.’”

It took a couple years, and two sets of editors, before “Written Under Duress” got into print, Miles said.

“The way I pitched it originally was a tribute to Click Relander, H. Dean Guie and Leonard Lerwill,” Miles said. “They just loved early Yakima history. It was those people who were able to find and identify the (Fred White) letters.”

Relander was a Yakima newspaper editor and historian. He collected books and documents about Yakima County and Pacific Northwest history that make up the bulk of the special collection at Yakima Valley Libraries named for him. Lerwell was also an editor in Yakima who found and transcribed White’s letters, and Guie wrote “Bugles in the Valley,” a history of Fort Simcoe from 1855-1859.

Those men brought White’s letters from Skloom, which he wrote in German and had to be translated to English, to light and helped preserve them, Miles said. But after pitching the idea to editors, they became more interested in White’s story and his interactions with Skloom, Yakama warriors and the others who first took White to a temporary camp near the Yakima River before moving to their main camp on the Columbia.

Skloom first directed White to write a letter to the “Officer in Command of the U.S. Troops” that included a list of complaints, as Miles wrote in his article, along with a request to meet and “have a good talk and make a straight and good treaty.”

“All the trouble we have had as been brought about by the bad talk of (Washington Territory Governor Isaac) Stevens at the grand talk at Walla Walla,” Miles quoted Skloom as saying in that first letter he dictated to White.

The letter was delivered to Fort Simcoe by two Native couriers, beginning the correspondence over the two months of White’s captivity. Among them was a letter of just over 1,000 words dictated by Skloom and his brother, Showaway, with their views about the causes of war, Miles wrote.

In February 1857, White moved with his captors to another camp near the Palouse River. They released him, unharmed, at the end of the month, and he arrived in The Dalles on March 1, 1857.

White provided more information and insight into Skloom, Showaway and other Native leaders and figures in the tumultuous 1850s in Washington territory and the region. But what happened in his life after the time he spent among them is unknown.

History is often incomplete, and complicated. There are varying behaviors among all cultures, Miles said. As many voices as possible should be included to accurately record the present for the future, and as Miles said, “The facts need to be known where they fall.”

Miles, who volunteers at the Yakima Valley Museum archives and has overseen the development of guides and overviews for the William O. Douglas collection there, is working on another project with John Baule, emeritus director of the museum. It highlights some of the most spectacular buildings in Yakima — those built from 1887 to 1914, when the new city became flush with wealth from agriculture and manufactured products.

That will be presented as a slide show, hopefully at the Yakima Valley Historical Society meeting this fall, and possibly other gatherings. Miles and Baule also want to create a printed version highlighting their research.

There will be more to come after that. A historian’s job never ends, Miles said.

“Really, our job is the truth,” he added.

Jo Miles of Yakima recommends these five books for a good overall awareness of what happened in the region in the 1850s.

• "Bugles in the Valley" by H. Dean Guie

• "Isaac I. Stevens: Young Man in a Hurry" by Kent Richards

• "Renegade Tribe: The Palouse Indians and the Invasion of the Inland Pacific Northwest Paperback" by Clifford E. Trafzer