You are the owner of this article.
Edit Article Add New Article
You have permission to edit this article.
Edit
Home
News
Bottom Line
Sports
SCENE
Photos & Video
Opinion
Obituaries
Unleashed
Classifieds
The Vanished
1 of 11 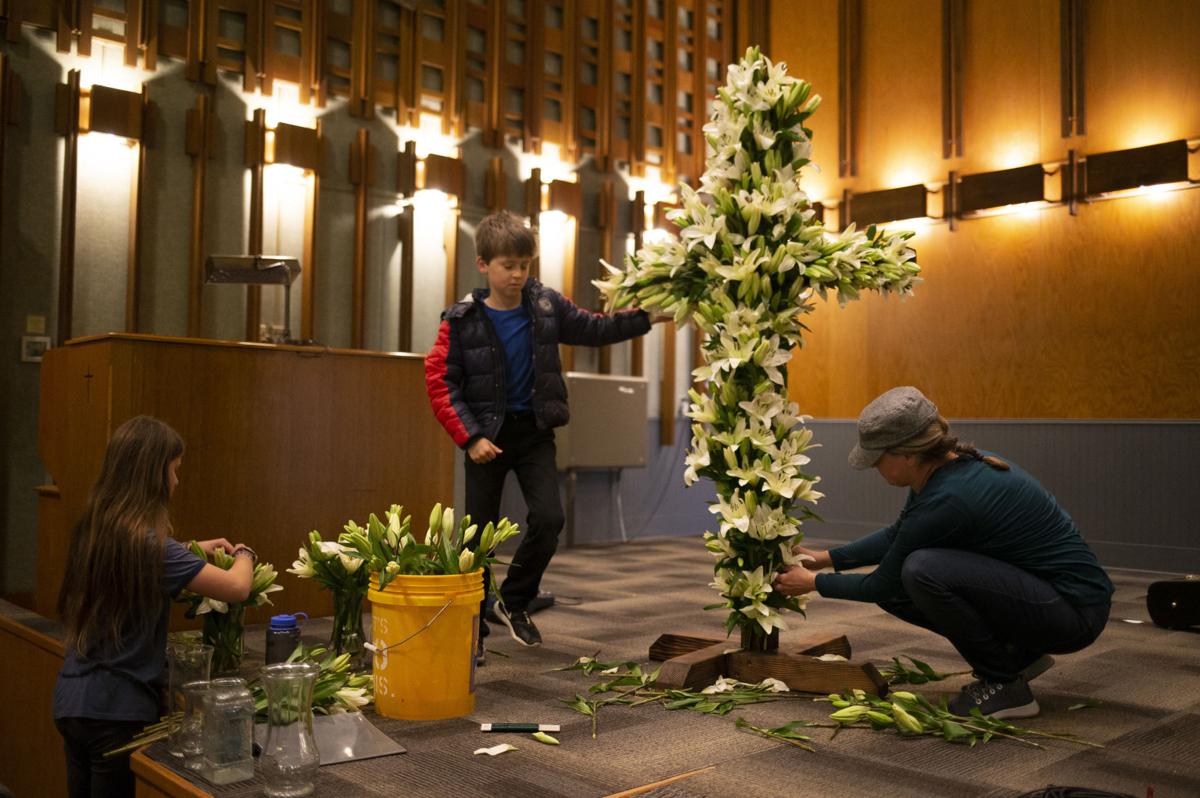 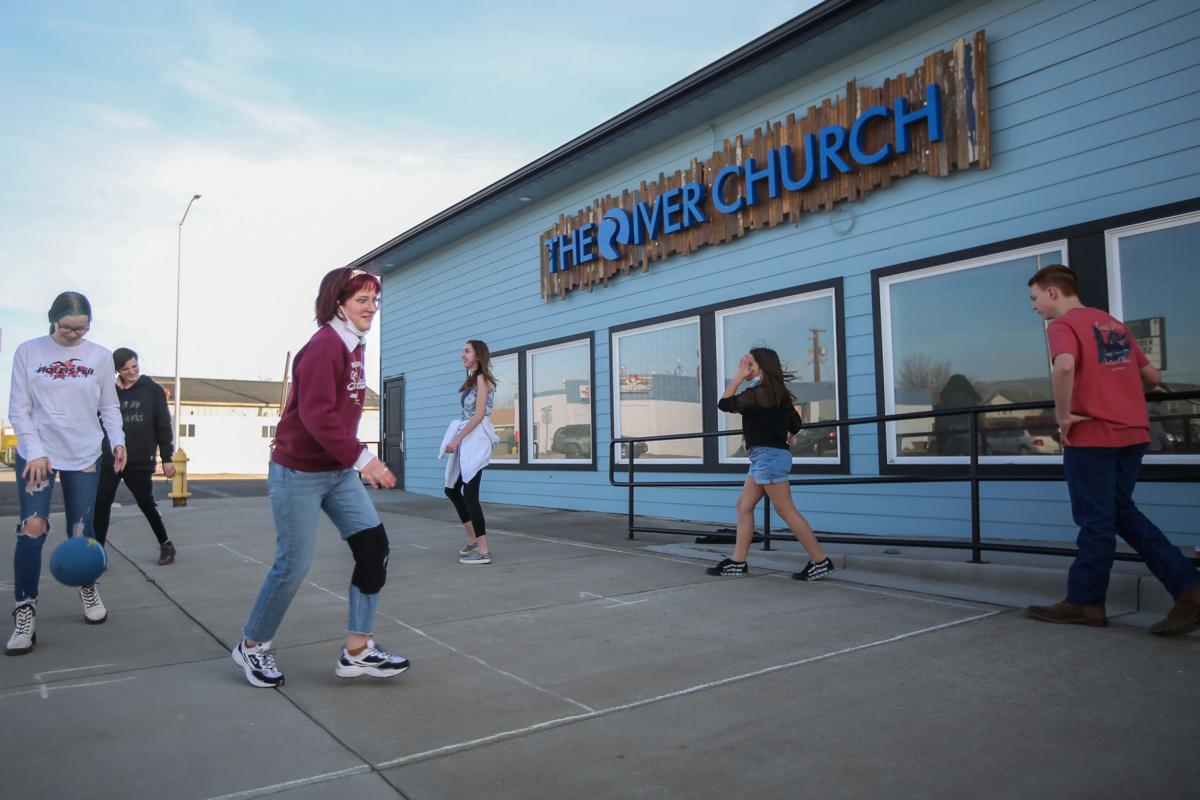 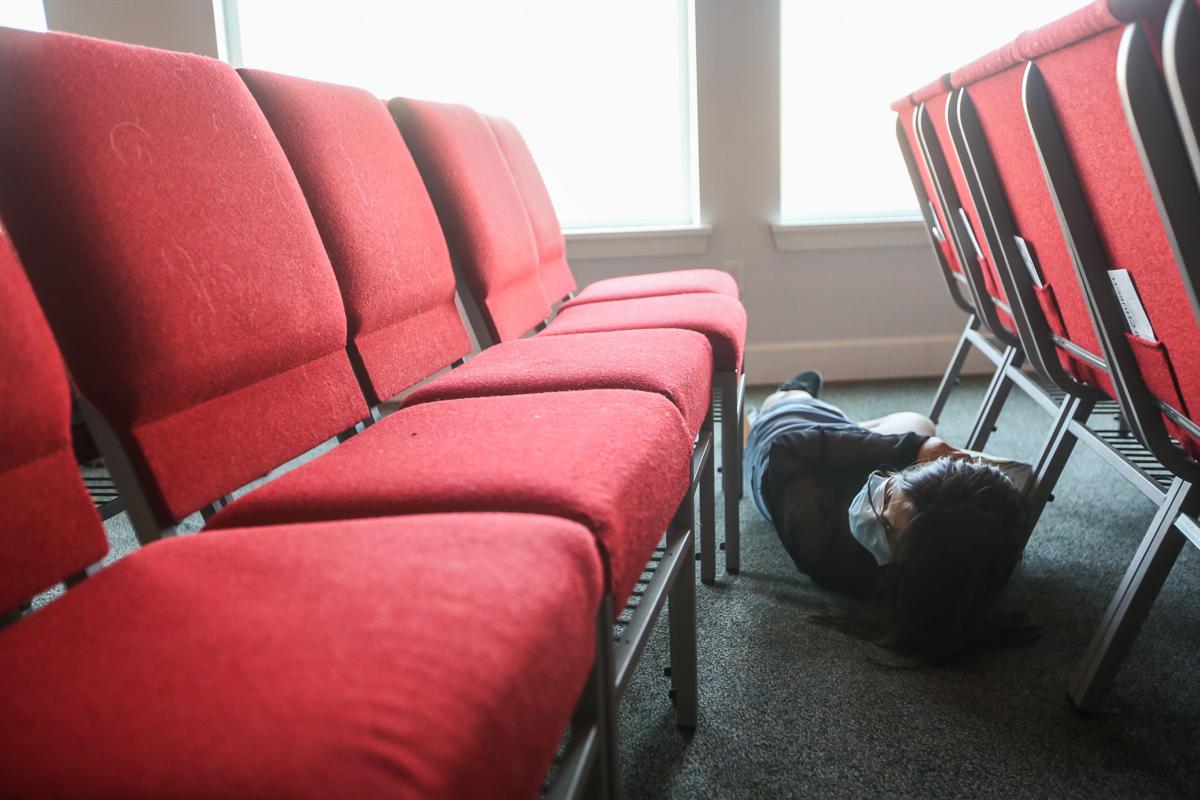 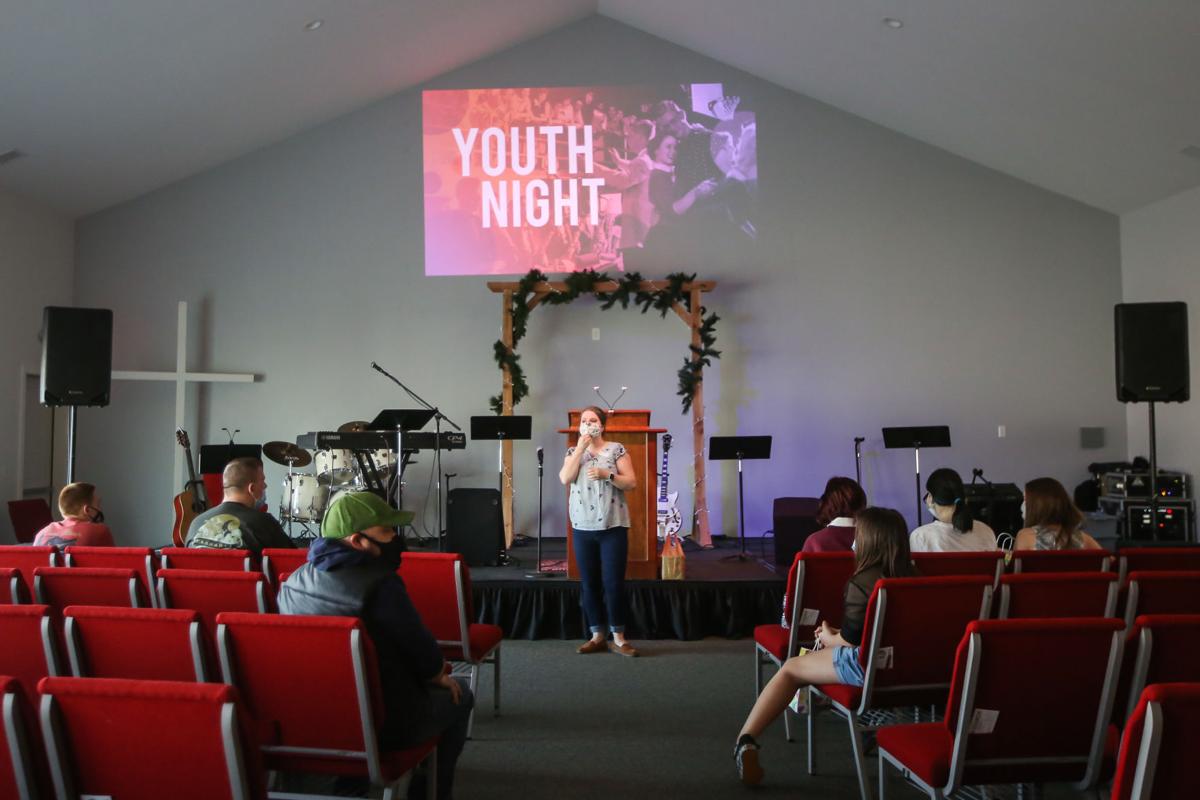 A sign which bears the inscription “Love Your Neighbor” is seen taped to a wall Wednesday, March 31, 2021, at The River Church, 220 E. Seattle Ave. in Moxee, Wash. 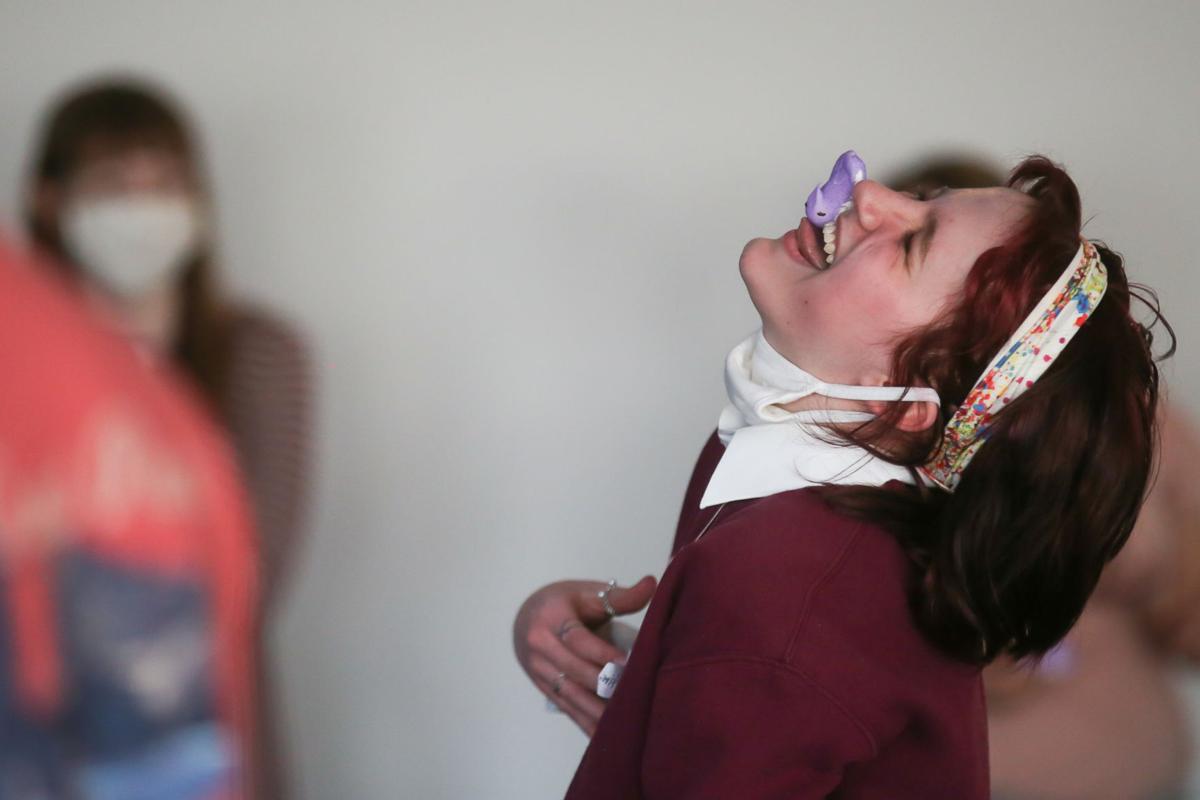 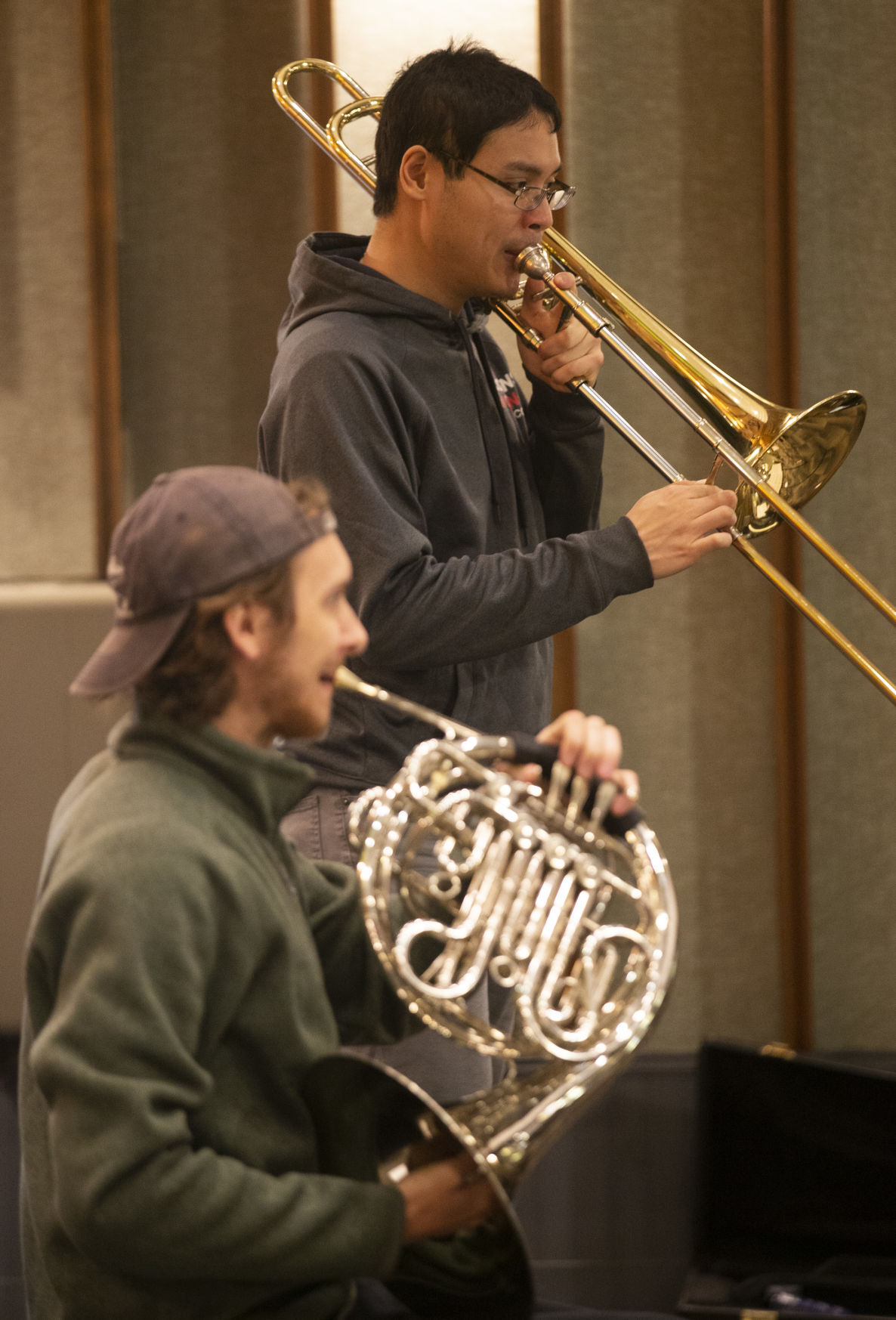 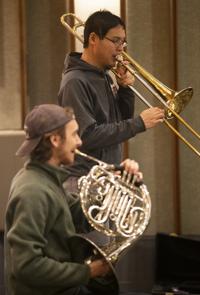 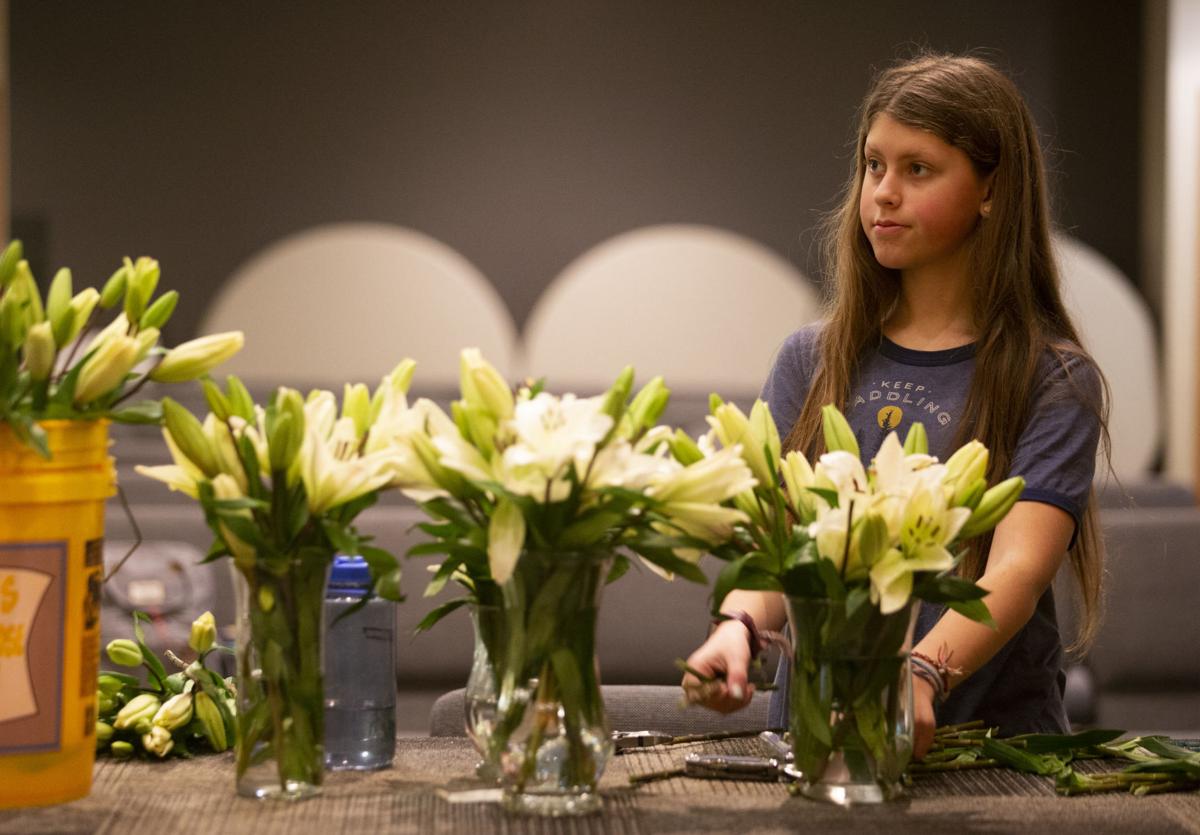 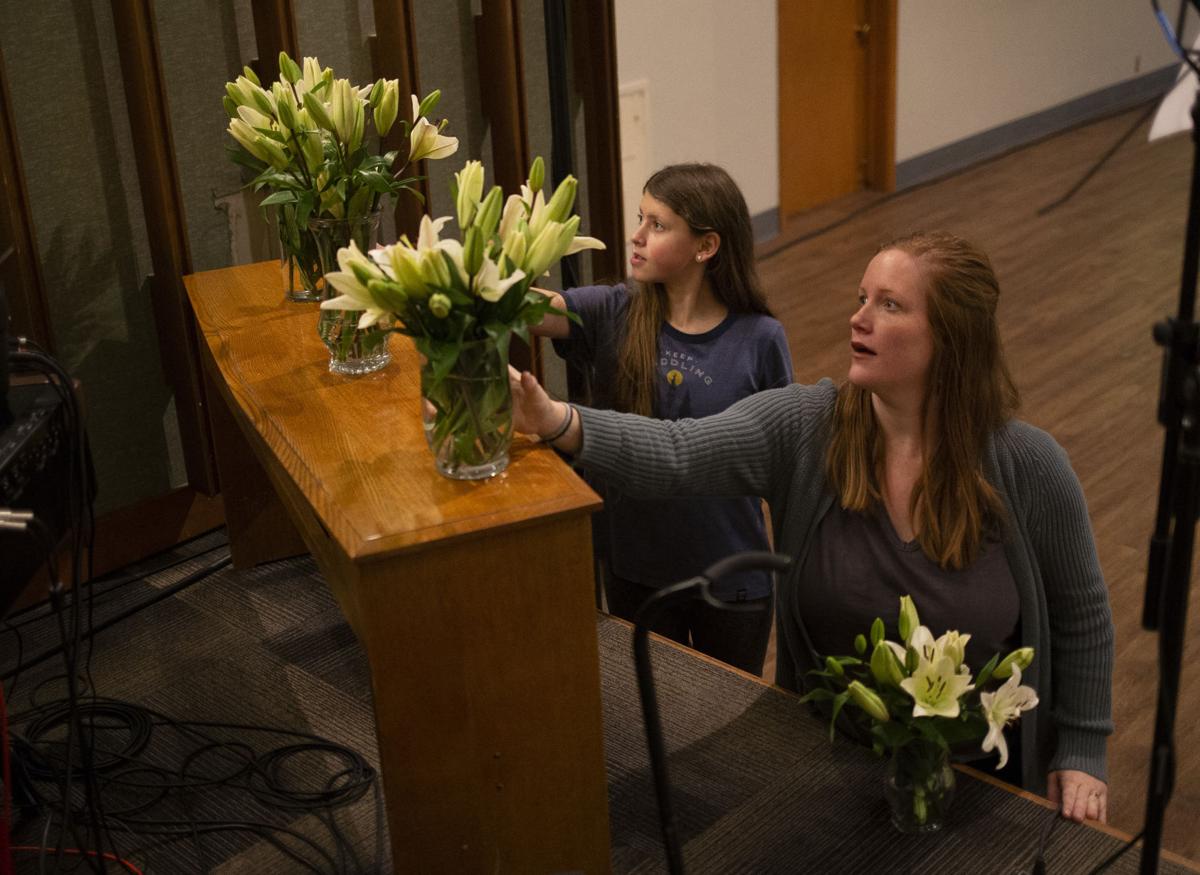 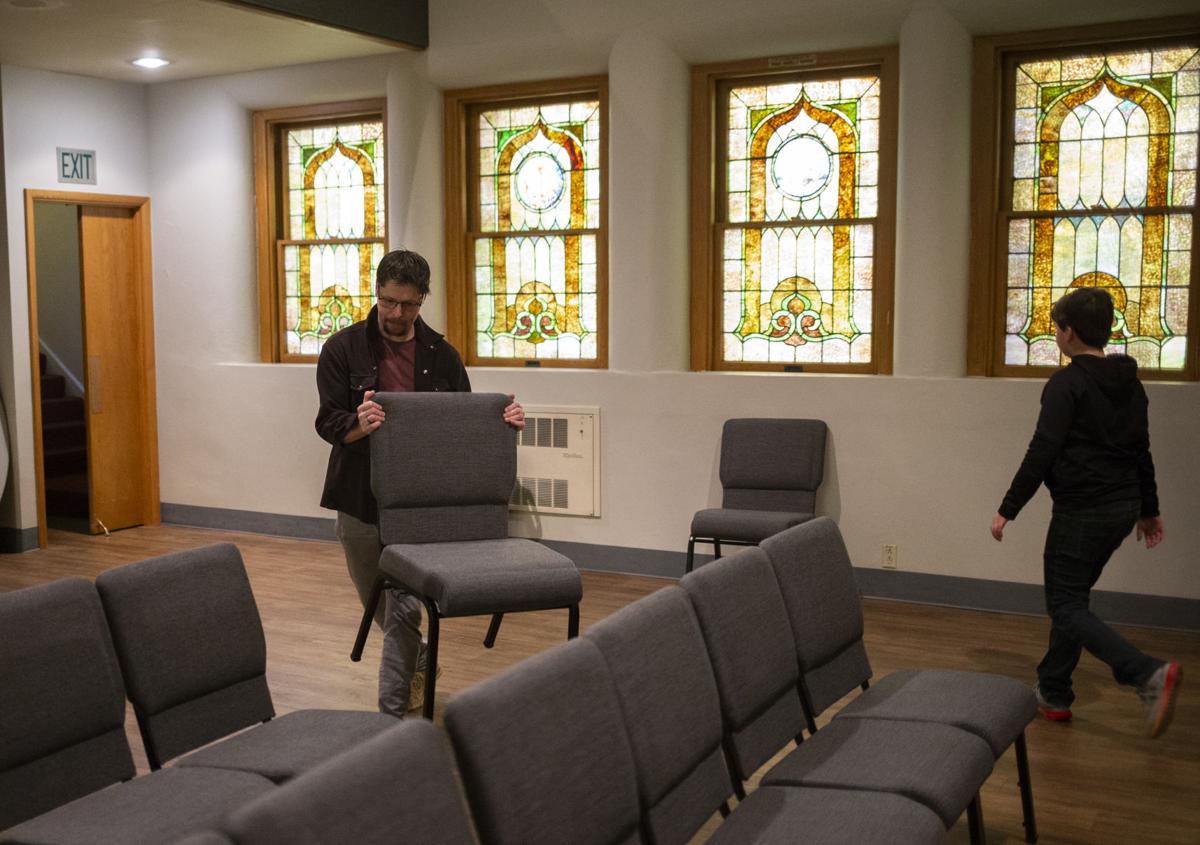 A sign which bears the inscription “Love Your Neighbor” is seen taped to a wall Wednesday, March 31, 2021, at The River Church, 220 E. Seattle Ave. in Moxee, Wash.

Members of The River Church in Moxee dedicated their building on the first full weekend of March 2020 after meeting there a few months. They closed it the following weekend because of the COVID-19 pandemic.

A week later, the church began streaming services on Facebook. After a few small outdoor services in late summer, members moved back inside in September at 25% capacity. They had worked toward buying and renovating the former hardware store for years, and temporarily closing their first permanent home was tough. But they missed gathering together even more.

“It was a real downer. After all that work and all that excitement and momentum, everything shut down — not just Sunday services, but also home groups, everything,” said Pastor Michael Johnson. “It’s been quite an interesting year.”

With Yakima County in Phase 3, churches are open at 50% capacity and moving toward normal even as they take precautions. Youth at The River Church are meeting on Wednesday evenings, but the church didn’t hold a Good Friday service because members are trying to limit additional activities, Johnson said.

Easter is a time of hope for faith communities around the world. Those attending services today will hear a message of hope, likely tinged with sadness. Churches, some already struggling just to retain members, have suffered great losses in the past year.

Toppenish United Methodist Church closed permanently after 134 years. But a new church — Saint Andrew’s Presbyterian in Yakima — began holding services. Others experimented with ways to deliver their message, finding what worked for their congregations, keeping and even adding members.

Religious leaders also took on new roles within the constraints of a pandemic. In Grandview, the Rev. Jesús Alatorre is still getting to know his parishioners. He joined Blessed Sacrament Catholic Church as its priest in early October, and has seen most members only when they’re wearing a mask.

His Easter sermon carries a timeless message of caring for each other, with a twist.

The River Church began in early 2014 with a few families in Moxee and East Valley and partnerships with several Baptist churches. Bible studies in homes led to Sunday worship at Johnson’s home, a move into the community room of Moxee City Hall and purchase of the old hardware store downtown thanks to many generous donors.

When the pandemic hit, members wondered how they could continue to be a church if they couldn’t meet. They started livestream services on Facebook. Some who aren’t connected with the church have watched as well, Johnson said. He plans to keep doing online services in some way for the foreseeable future.

“There have been technical issues. It is what it is,” he said. “We’re going to try to do the best we can so people can get a sense of what’s happening and at least hear the word of God preached.”

Of course, the message of Easter is the Resurrection, Johnson said. All are experiencing death in some way because of the pandemic, he said. They’re seeing it on the news or they’re reading about it or they know people who have died from coronavirus.

No one is immune from death, but the whole point of the Resurrection is that Christ has defeated death. Because of that, people have hope, Johnson said.

“We certainly have hope that not as many people are dying of coronavirus ... and things will get back to some kind of normal. It’s given us something to hope for,” he added.

“Also, we see glimpses of resurrection in our church. Churches were shut down; some churches were as good as dead. But even in our own stories of reopening and regathering and that celebration and that fellowship that we have because we belong to Jesus, that in that way too is a little illustration of the Resurrection.”

New role in a pandemic

Alatorre started at Blessed Sacrament Catholic Church on Oct. 1 and has been the only priest in Grandview for the past six months. After being ordained as a priest in 2018, he served a little over two years as assistant priest at St. Paul Cathedral in Yakima.

Blessed Sacrament has four Masses every weekend; two in Spanish and two in English. About 100 people attend each Mass. Some are still watching from home, Alatorre said, but “little by little, they are coming back.”

“Even the people who come to Mass every weekend, I’m not sure if I know them because we have masks all the time,” Alatorre added. “It’s just if I see them without a mask, I’m not sure I will recognize them. It’s strange.”

He has been visiting parishioners in their homes, taking COVID-19 precautions. Alatorre is fully vaccinated. It’s important to go to their homes because he wants parishioners to know he’s there for them and ready to help as they deal with difficult situations. People have to protect each other, he said.

“I’m trying to give them hope, just to talk together through the situation and be also ready to serve,” he said. “I’m here to help them and to pray for them and am ready to help, too, whatever they need.”

He knows some people are depressed because of the pandemic, along with everyday struggles, and wants to change that. With his words on Easter, Alatorre will encourage parishioners to escape bad situations “and have hope. Just have hope,” he said.

Like many other faith leaders, Pastor Adam Copenhaver of Mabton Grace Brethren Church in Mabton took services online a year ago. But it became clear that approach, which has worked for some churches, wasn’t going to work for his rural congregation.

“Because so many of our people are so rural, and impoverished and elderly, we very quickly transitioned to drive-in services,” said Copenhaver, noting the church has a large parking lot. “We started doing it around the first of May. ... We have people that come from Bickleton (and the) Horse Heaven Hills.”

They tried making and delivering DVDs for a couple of weeks, but some members don’t have DVD players or don’t know how to use them, he added. Early last fall, as soon as they could, members began meeting in person.

A native of Sunnyside, Copenhaver has led Mabton Grace Brethren for about eight years. The church has about 75 members and is known for the free, open mic gospel jamborees it has held on a regular basis in the past, among other activities.

Mabton Grace Brethren Church is doing pretty well on the whole, Copenhaver said. That’s probably reflective of most of churches he’s connected to in the Lower Valley. And his church building is big enough that there will be room for all who want to gather there today.

He and his members are hopeful for the future, but still being cautious about future plans.

“We’re taking it week by week. Things are pretty much tentative at this point,” he said.

In Yakima, members of Saint Andrew’s Presbyterian Church are celebrating their church’s first Easter Sunday today in rented space in the former First Baptist Church downtown. Saint Andrew’s is affiliated with the Presbyterian Church in America denomination and is considered a church “planting,” said Pastor Craig Harris, who grew up in Sunnyside. Membership is about 80.

The new church has drawn a lot of interest because it came together in the past year. Its first anniversary was March 28.

“A lot of people call me and ask me about it. We don’t have books on written on how do you plant a church during a pandemic,” Harris said.

Interest was there before the pandemic, when Harris was living in Bellingham. He had been coming to Yakima to meet with others once a month before churches closed because of COVID-19. Online groups meeting about the church became online services by the church. A few outdoor events began in June, then members started meeting in small groups at Harris’ house after he moved to Yakima.

In October, the church began meeting in rented space at the historic Baptist church. That will continue. “We’re growing still,” Harris said.

The title of his Easter Sunday message is “Surprised by Hope.” People think pain is the worst thing that could happen, but it surprisingly can bring out hope, Harris said.

He mentioned Luke 24, where the women come to the tomb and expect Jesus to still be there. They are surprised before they remember what Jesus told them, Harris said.

“For Him to conquer death, he had to actually die. He had to experience the pain,” he said. “It’s not pain for no reason. It’s hope. No matter what comes our way, we can have hope beyond reason because He conquered death.

"It's not a sin." Yakima's Catholic bishop gets COVID-19 vaccine, encourages everyone to do the same

The bishop of the Catholic Diocese of Yakima stood in a courtyard at Yakima Valley Farm Workers Clinic Thursday — a year after COVID-19's arrival in Yakima County was confirmed — and prayed for his congregation as members joined virtually.