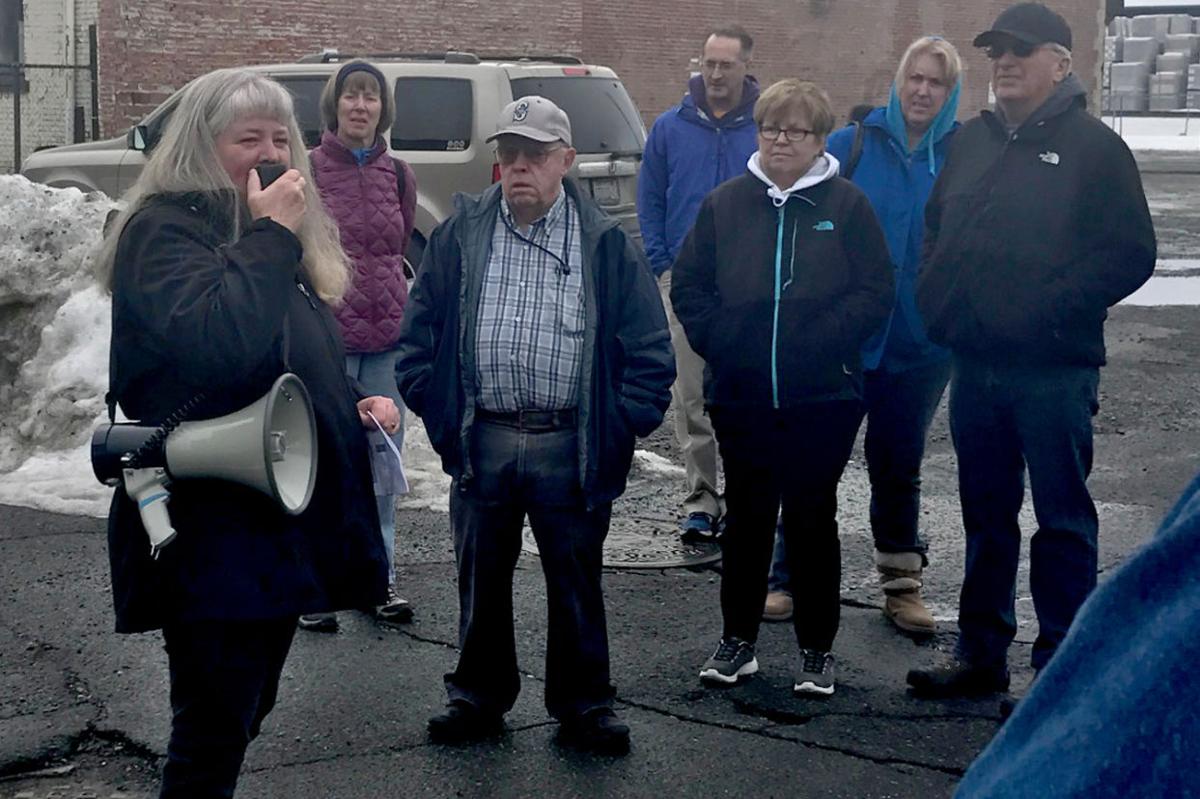 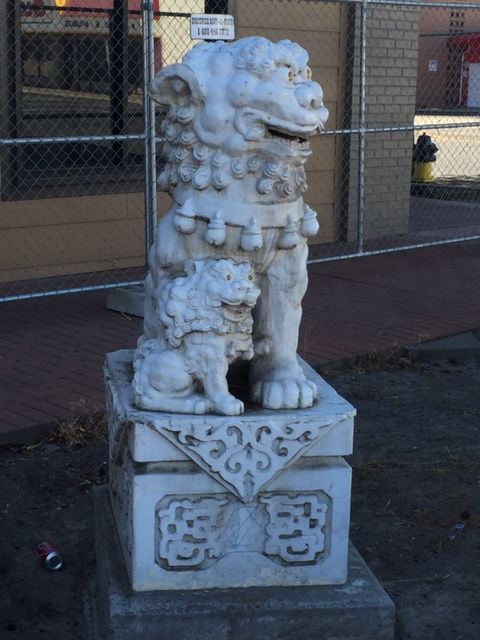 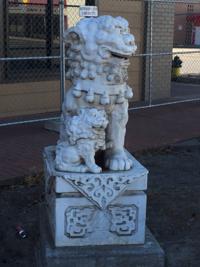 YAKIMA, Wash. -- Karen Lee has lived in Yakima since 1973. In that time, she never heard of Yakima’s Japan Town, a downtown block packed with a variety of businesses operated by Japanese-Americans.

“I figured there was a Japan Town in Wapato,” Lee said of the Lower Valley community where Japanese immigrants first moved to the Yakima Valley in the 1890s. They cleared sagebrush, dug canals, farmed and ran thriving businesses, schools and churches in Wapato and Toppenish.

On Sunday, Lee was among about two dozen people who attended an 11 a.m. walking tour of Yakima’s Japan Town and adjacent Chinatown. Ellen Allmendinger, who conducts the Downtown Yakima History and Mystery walking tours, led two tours to mark the 75th anniversary of the signing of Executive Order 9066, which set in motion the imprisonment of more than 120,000 West Coast residents of Japanese descent.

A total of 1,017 people — two-thirds of whom were born in the United States — were transported from the Yakima Valley to the Portland Assembly Center in early June 1942. They were detained there for three months until they were taken to Heart Mountain, Wyo.

Japan Town thrived from the 1920s until then. The block bordered by South Front Street, Chestnut Street, Yakima Avenue and South First Street was home to numerous hotels and restaurants, along with insurance brokers, seed businesses, laundry and barber shops, a dentist, clothing and variety stores and a fruit-drying business.

While about 10 percent of the Yakima Valley’s Japanese Americans returned after their imprisonment, they came back to Wapato, Allmendinger said. “None of them came back to re-establish” their businesses in Yakima, she added, and its Japan Town soon faded from local memory.

“We lost it,” Allmendinger said.

Her tours — the second, at 1 p.m., included about 55 people — began at North Town Coffeehouse. Participants got a brief history of Yakima’s Chinese and Japanese communities before they headed across Yakima Avenue to the Wells Fargo Bank drive-through and parking lot at 6 W. Yakima Ave.

Decades ago, what’s now blacktop was covered by buildings, including the Empire Hotel on Yakima Avenue, between Front and First streets.

“The Empire Hotel was the biggest building on the block in 1928,” Allmendinger noted. It was operated by the Takano family.

Their children included Tad Takano, a well-known graphic artist and longtime professor at the University of Chicago. Born in Yakima on Oct. 15, 1926, Takano — who pioneered a new art medium, the cybergram print — joined the Army after he was imprisoned at Heart Mountain.

What was the original Yakima Union Gospel Mission at 15 S. Front St. and is now its thrift store and antique shop, The Olde Lighthouse Shoppe, was the California Hotel. The Seattle Hotel was next door, to the south.

Around the corner, the parking lot at First and Chestnut housed the Montana Hotel; next door, to the north, stands Buddy’s Home Furnishings, which was the Annex Hotel. The Japanese-American man who ran it, Hisashi Tateoka, was jailed after Pearl Harbor was bombed on Dec. 7, 1941.

Just to the north is the Pacific Hotel. George Hirahara, the son of a Japanese immigrant, began running the hotel in 1926 with his wife Koto. They lived on the top floor and operated the hotel until they and their family were forced to evacuate in June 1942.

While Yakima Maker Space and the Downtown Association of Yakima operate on the ground floor, the upper floors of the circa 1908 building have been empty for about 30 years, Allmendinger said.

“It’s so cool up there ... the staircase, the bannisters are still gorgeous,” she said.

After the hourlong tour, some lingered to discuss their connections to the Valley’s Japanese-American community.

Ken Hoptowit’s family leased land to Japanese-Americans, including the Honda family. A longtime law enforcement officer — Hoptowit retired as chief of the Yakama Nation Police Department in 2011 — he knows many family stories handed down by his father Fred, his grandfather Charlie and his mother’s relatives, who were Blackfoot Indians from Montana.

“My grandfather Charlie had farmed 900-plus acres in the Lower Valley,” Hoptowit said. “A lot of (Japanese-Americans) farmed with my grandfather.

“Our place is an orchard now.”

Items kept by a Yakima father and son during their incarceration at Heart Mountain, Wyo., during World War II are on display at The Smithsonia…

YAKIMA, Wash. -- As the daughter of an acclaimed sculptor and a talented dancer, Mayumi Tsutakawa grew up in the arts and made creativity her …