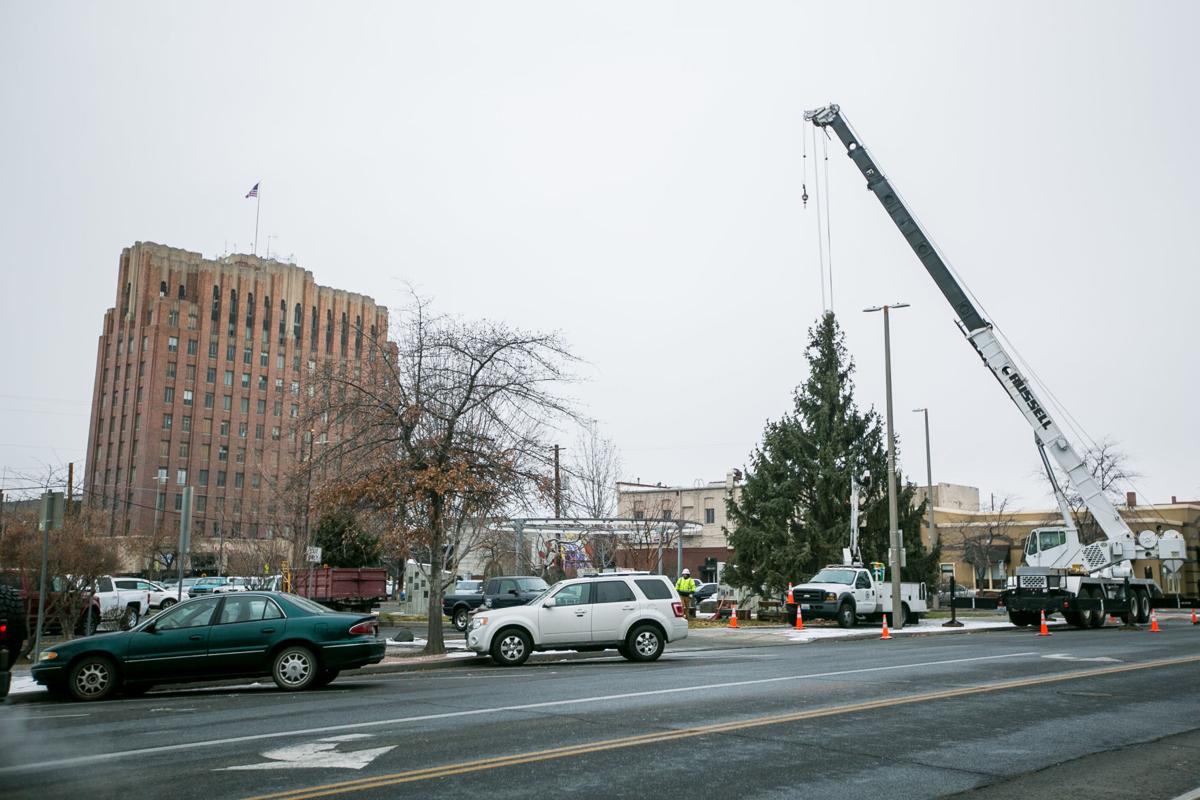 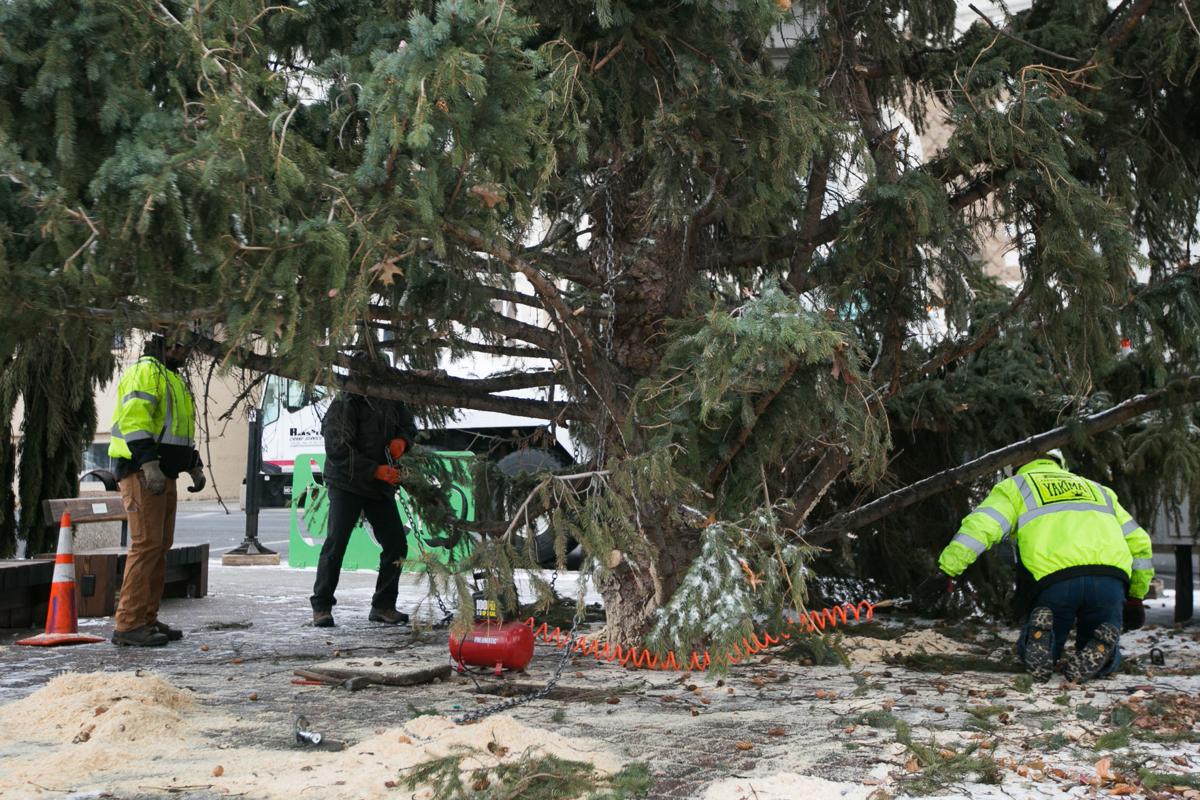 Yakima’s community Christmas tree is standing again after crews got it back in place Monday morning.

The spruce tree was on its side over Thanksgiving weekend after it snapped at its base Wednesday, when winds topped 50 mph in the Yakima Valley. The tree at Millennium Plaza, which was secured by chains to anchors in the pavement, toppled at 8:30 a.m. No one was hurt and nothing else was damaged, the city said.

The official tree-lighting ceremony will follow the annual holiday lighted parade in downtown Yakima on Sunday. The parade starts at 6 p.m. at the Salvation Army and ends at Millennium Plaza.