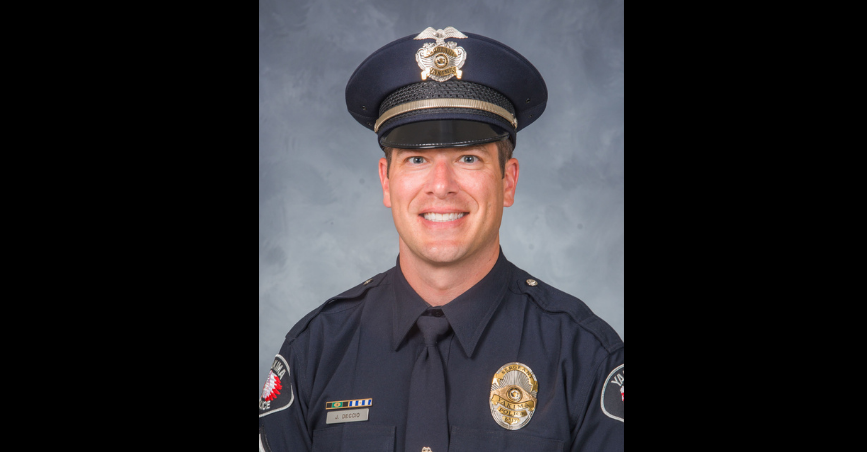 A Yakima city police officer died in the line of duty Tuesday after suffering a "significant medical episode" while working earlier that afternoon, authorities reported.

Sgt. Joseph Deccio, 38, a 15-year-veteran of the Yakima Police Department, died after several hours of life-saving efforts, the department said.

Deccio "suffered a significant medical episode while at work earlier this afternoon," a police announcement said. He was rushed to Yakima Valley Memorial Hospital for emergency medical treatment and was pronounced dead after medical efforts were unsuccessful.

A "valued member of this community of Yakima and the Yakima Police Department," Deccio served with honor in many positions during his time with the department. They included patrol, field training officer, SWAT-Sniper Team leader, field training coordinator, school resource officer sergeant and detective sergeant.

"In addition to Sergeant Deccio’s service to our community, he honorably served as a member of the armed forces," YPD said. Deccio was a corporal in the U.S. Army National Guard and deployed to Operation Iraqi Freedom-II as a 19- Delta Calvary Scout with the 81st Brigade HHC 1-161 Det-1 Scout Platoon.

Details regarding services will be forthcoming, the announcement said.

"On behalf of all the honorable men and women of the Yakima Police Department, and Yakima Valley law enforcement agencies, we ask you for your patience and understanding while we grieve the loss of our family member," it said.

"Please keep Sergeant Deccio’s family in your thoughts and prayers."