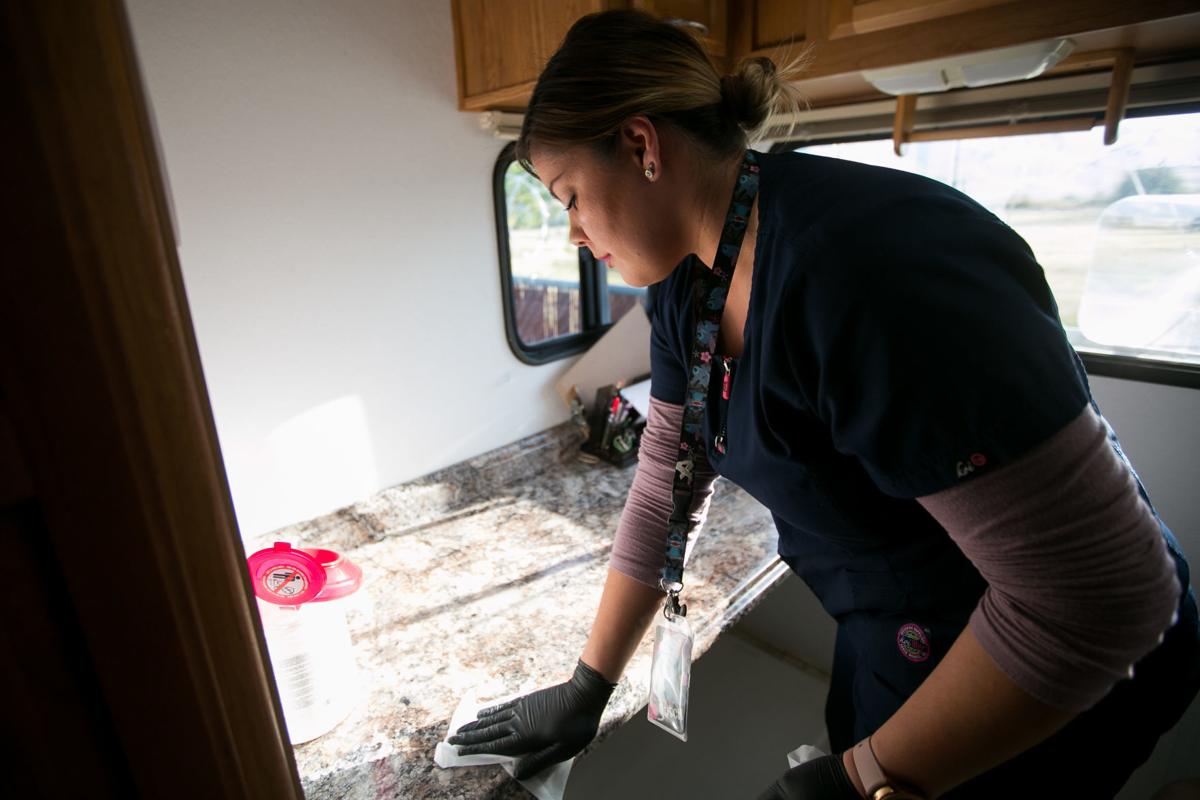 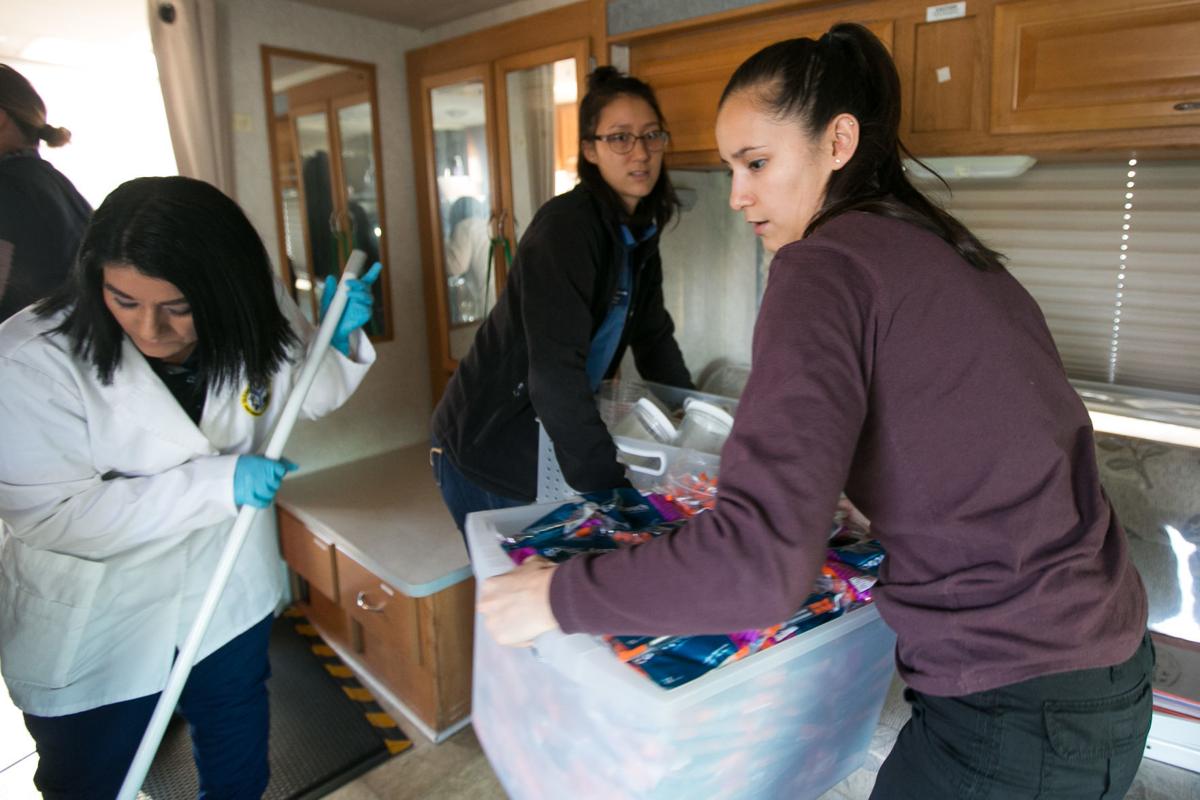 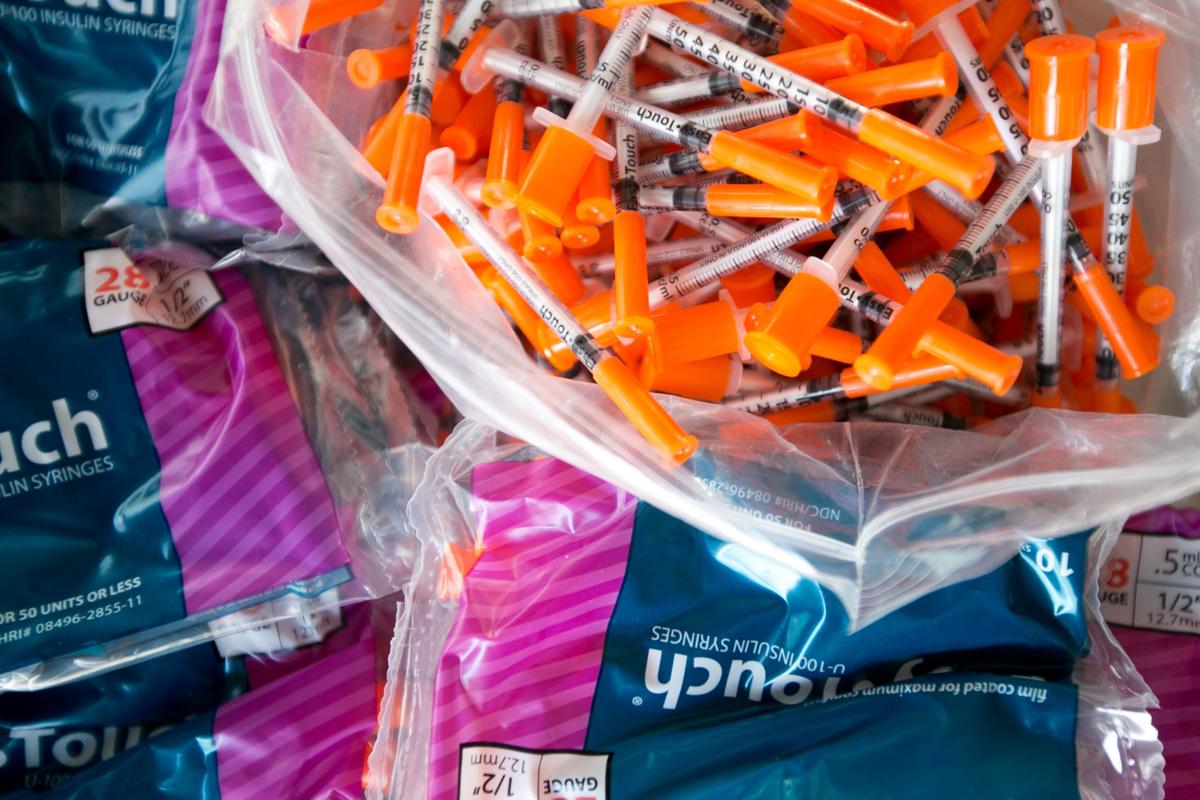 A collection of new insulin syringes. 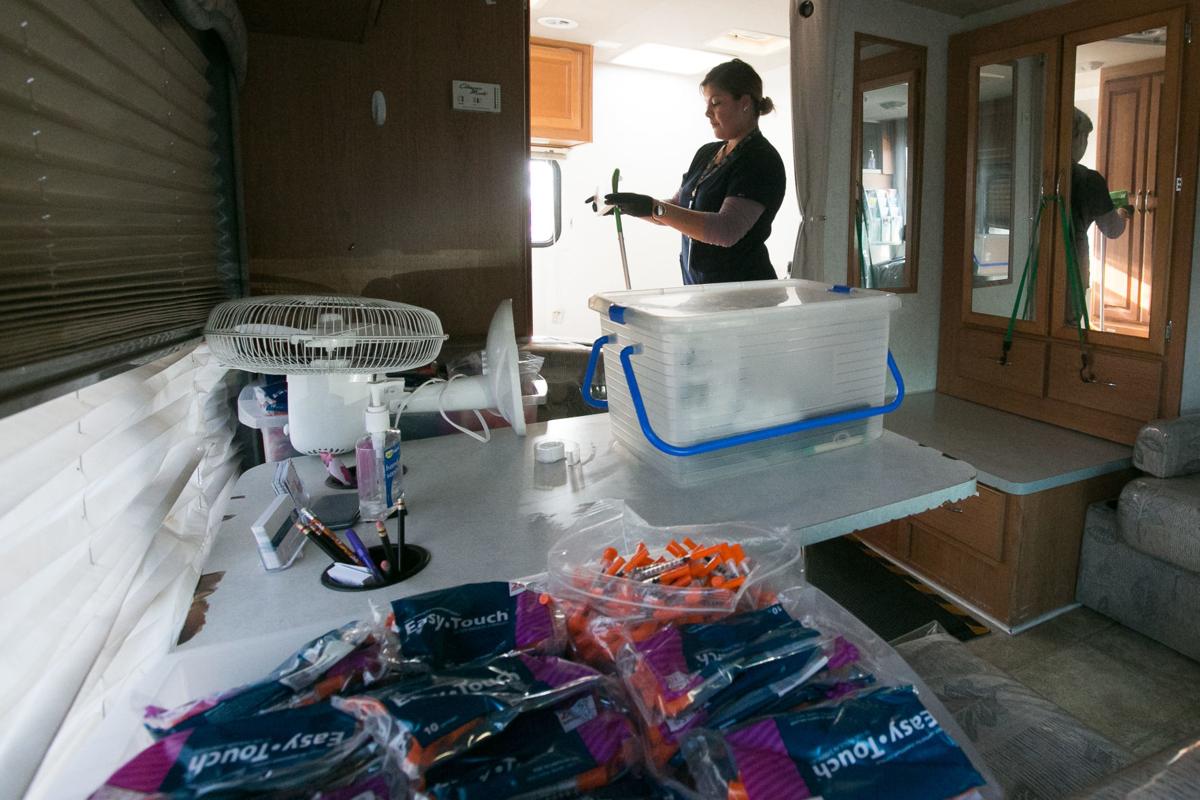 A collection of new insulin syringes.

Every Friday afternoon, a motorhome with a Yakima Health District logo parks at the corner of South Third and East Adams streets. About 100 people go in and out over the course of three hours.

They are going there to exchange needles they’ve used to inject drugs for clean, sterile ones. While there, they can also have someone test them for exposure to HIV, the virus that causes AIDS, or Hepatitis C, as well as get treatments for wounds and infections. Health District staff also provide naloxone, an opioid-overdose antidote, as well as condoms.

And, if they’re ready, the exchange’s clients can get a referral to help them kick their drug habit.

Since 1993, the health district has been operating its needle exchange with the goal of reducing the spread of HIV and Hepatitis C, illnesses that can be transmitted by people sharing dirty syringes.

“We have access to a population nobody else does,” said Melissa Sixberry, the health district’s director of disease control. “We have access to people not going to the (emergency room) or primary care. We meet them where they’re at.”

The programs are not without controversy, as some critics see it as endorsing or enabling drug use, but Sixberry said the overall goal is public health and safety.

Community organizations started the first syringe exchanges in the early 1980s in response to the AIDS epidemic. The first legal exchange in Washington opened in 1988 in Pierce County near Point Defiance. Yakima Health District’s was the third, opening in 1993 after Spokane’s. Today, there are more than 30 needle-exchange programs in the state.

The program is funded by money from the National Centers for Disease Control and Prevention distributed by the state Department of Health, Sixberry said. The program costs about $35,000-$40,000 a year to run, covering the cost of staff and fuel for the RV.

The exchange offers a one-to-one exchange of needles, trading up to 6,000 needles a week, she said.

Needles in the community

Yakima School District recently closed one of its athletic fields to the public because of gang activity in the area and loose syringes found on the ground.

“We surveyed our clients, and 98 percent said if they didn’t have (access to the exchange), they would dispose of their needles improperly.” And she said it also improves safety for police and first responders by reducing their risk of being accidentally stuck by a needle.

Some of their clients will pick up discarded needles they find on the street and turn them in to the exchange to get clean ones, Sixberry said.

The main goal is reducing the spread of blood-borne diseases among drug users.

Sixberry said there has been an increase in Hepatitis C cases, which she attributes to a growing number of younger injectable drug users. Typically, Hepatitis C

infections were seen among older people, and the rate of new infections has declined in that demographic, she said.

Aside from reducing health risks to the general public, the exchange also eases the economic burden the diseases can cause. It costs $450,000 to treat someone with HIV for their lifetime, and at least $35,000 a year for one person with Hepatitis C, Sixberry said.

“If we can prevent one case of Hepatitis C, we have paid for (the program)”, Sixberry said.

Along with exchanging needles, the staff working the needle exchange also do medical tests for disease and provide treatment for wounds and infections. They work with Comprehensive Health care to refer people for drug treatment who seek it.

“We meet them where they’re at, and we develop a rapport with them,” Sixberry said. “People feel comfortable asking for testing (from the health staff).”

She said 10 people who have gone to the exchange have completed a treatment program.

The health district also can point to 63 opioid overdoses that were reversed with naloxone provided by the exchange.

Sixberry said the district has a good relationship with law enforcement, in that police are ready to respond if there is a problem at the exchange but will not stay near the site to avoid spooking clients.

Sheriff’s office spokesman, Casey Schilperoort said while deputies find needles on people and in other places, the sheriff’s office is appreciative of the fact that the number of loose needles has likely been reduced as a result of the exchange.

Sixberry said there are plans to establish a second exchange, possibly in the Lower Valley.