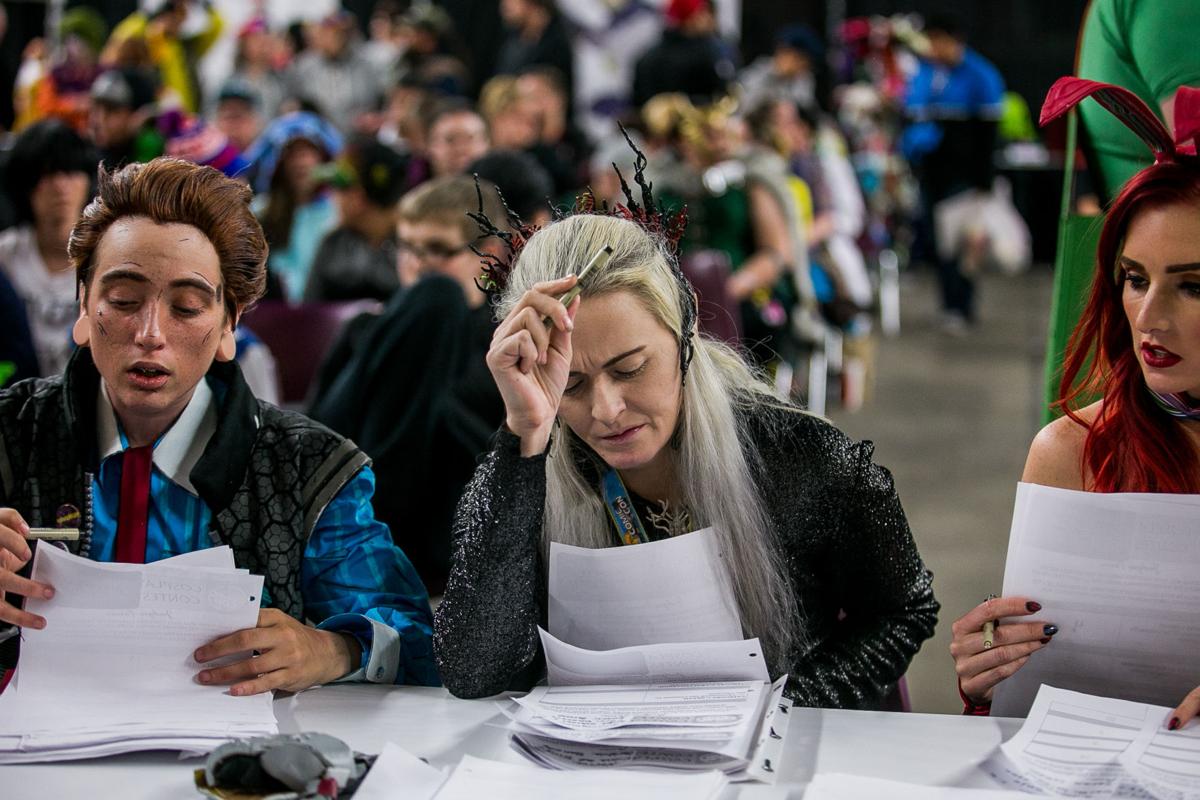 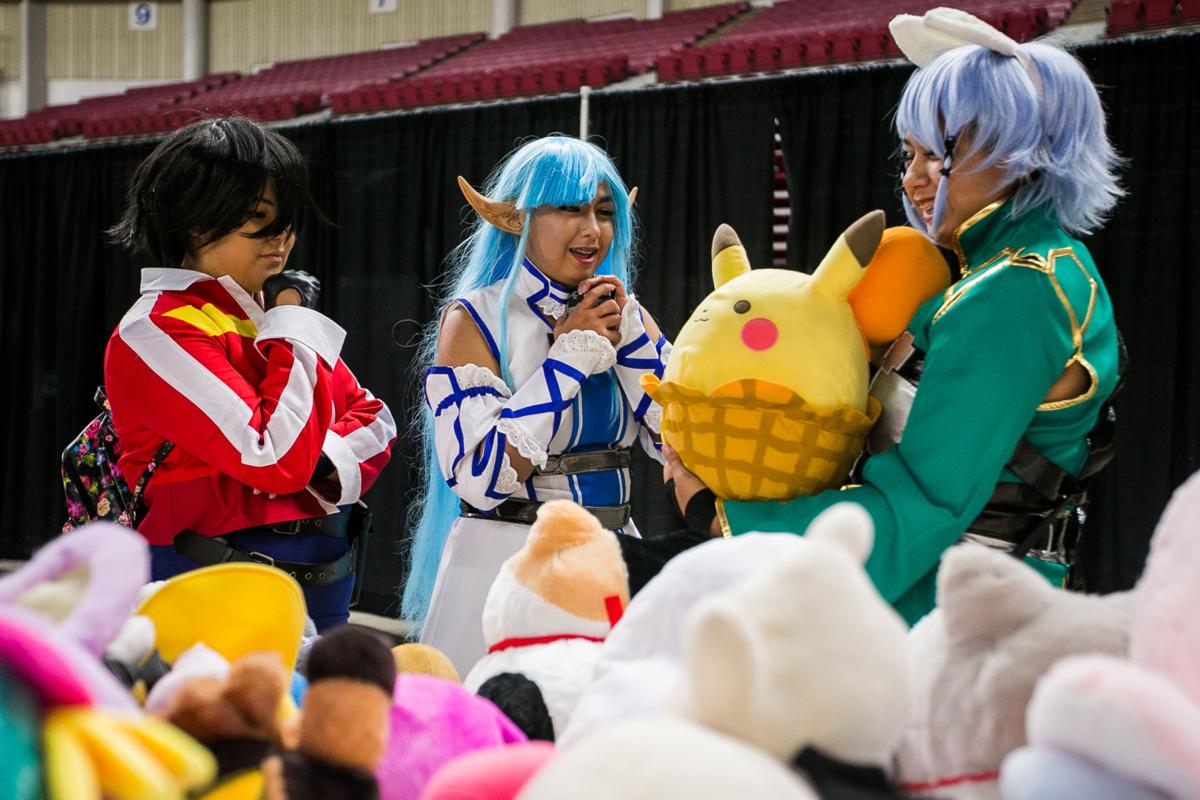 Shelby Yallup, left, dressed as Keith from “Voltron: Legendary Defender,” and Cat Hayes, dressed as Asuna from “Swordart Online,” react to a Pikachu toy picked up by Aspen Hays, dressed as Sinon from “Swordart Online” at the third annual Central City Comic Con on Saturday, Oct. 21, 2017, at the SunDome in Yakima, Wash. Gallup, Hayes and Hayes are students at Toppenish High School and enjoy cosplaying, even at school. (JOVELLE TAMAYO/Yakima Herald-Republic)

Shelby Yallup, left, dressed as Keith from “Voltron: Legendary Defender,” and Cat Hayes, dressed as Asuna from “Swordart Online,” react to a Pikachu toy picked up by Aspen Hays, dressed as Sinon from “Swordart Online” at the third annual Central City Comic Con on Saturday, Oct. 21, 2017, at the SunDome in Yakima, Wash. Gallup, Hayes and Hayes are students at Toppenish High School and enjoy cosplaying, even at school. (JOVELLE TAMAYO/Yakima Herald-Republic)

YAKIMA, Wash. -- The annual Central City Comic Con in Yakima will hold off on a name change after one of the nation’s largest comic conventions successfully defended its right to the words “Comic Con.”

One of the staff for Yakima’s convention said organizers are waiting to see what other comic conventions in the area will do in response to San Diego Comic-Con’s successful lawsuit.

“I don’t know how you can trademark two words that are common,” said Jamie Burns, events coordinator for Central City Comic Con.

A U.S. District Court jury in San Diego found that San Diego Comic-Con had legally trademarked the phrase “Comic-Con” and its variants, and that Salt Lake Comic Con organizers infringed on it when they named their fantasy/science fiction/comic book convention.

Salt Lake’s convention was one of 140 conventions that use “Comic Con” in their names, including the Central City Comic Con in Yakima, which had its third convention in October at the Yakima Valley SunDome.

San Diego’s convention organizers filed suit in 2014, a year after Salt Lake’s first convention, arguing that the use of the “Comic Con” name not only infringed on their trademark, but potentially created confusion in the public’s eye about the two events.

Salt Lake Comic Con argued that the words were common and should not be trademarked, and even filed with the U.S. Patent and Trademark Office to cancel San Diego’s trademark.

While jurors found that Salt Lake had infringed on San Diego’s trademark, they found that the Utah organizers did not do it willfully and ordered them to pay $20,000 for the infringement. San Diego Comic-Con sought $12 million in damages from Salt Lake’s convention.

Callie Bjurstrom, one of the San Diego organizers’ attorneys, declined to comment in news reports on whether the convention would target the other conventions that used the title.

Yakima’s event attracts an average of 2,000 people a year, compared with the more than 130,000 who attended San Diego’s convention last year.

Burns said the Yakima event does not have a problem changing the name if it has to. She said the organizers are waiting to see whether the Emerald City Comic Con, scheduled for February in Seattle, and the Rose City Comic Con, which will take place in September in Portland, will change their names.

Rose City’s organizers announced on their website that the convention had reached an agreement with San Diego to use the Comic Con name at no charge.

Attempts to contact Emerald City organizers were not successful, as requests for interviews were not returned by press time.